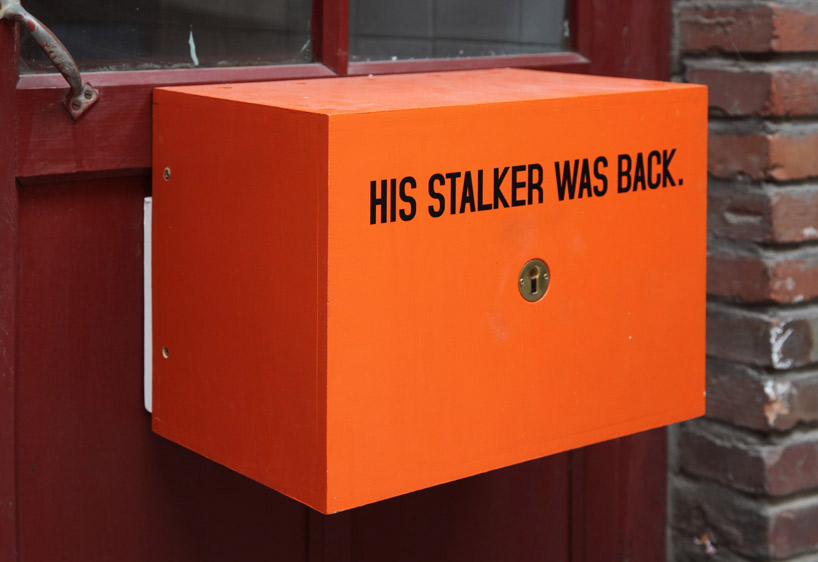 london-based designer ab rogers has created the installation ‘a day in the life of ernesto bones’ for beijing design week 2011. the exhibition tells the story of a single day in the life of the fictional character ‘ernesto bones’, as told collaboratively by by twenty-four individuals hailing from various creative backgrounds and locations around the globe. in a modern interpretation of the surrealist game ‘exquisite corpse’ — especially popular in paris in the 1930s — each artist was asked to write the story of a single hour of bones’s life and to produce a corresponding image or installation.

the designers received only the final two sentences of the previous hour’s account and a photograph by john short of a generic, household item from the stanley picker house in kingston upon thames. the glimpse one designer has of the previous artist’s interpretation help to form the tale of one day in the life of mr. bones. the exhibition was installed in the courtyard of building number seven of the zhuija hutong in the dashilar section of beijing.

‘very rarely had he received any other sort of letter, the kind that began my darling ernesto or ernesto dearest, light of my life. only once, in fact. this very day. it had been sitting innocently on the hall table til now, and he took the opportunity- knife in hand- to open it. he sat in the chair by the window reading and re-reading it, over and over, first in consternation, secondly with alarm, thirdly with a feeling of helplessness, absently bouncing the flat of the blade on his knee, his mind unfocused…’ – art critic adrian searle from ‘3 pm to 4 pm’ 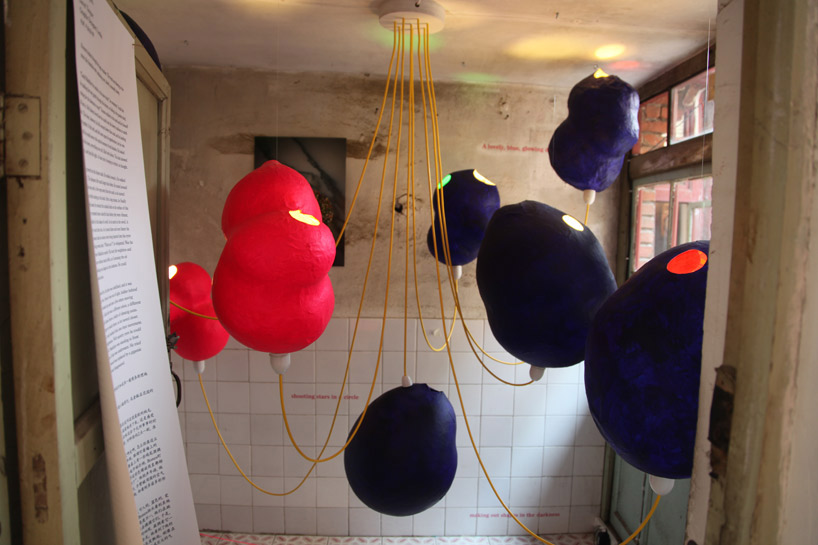 ‘ernesto looked though the large window. the wind was blowing in the trees; the branches were undulating very slowly, unusually slowly. ‘could madeline be outside in this slow wind,’ he wondered, ‘could she be making her way gently through this breeze, or hiding in the garden shed, waiting for the slowness to stop?’ ernesto walked to the couch and let himself fall into it. he’d always loved how he could trust the downy cushions to catch him. this time, however, his fall seemed slower than usual, and his landing even gentler. it felt odd, and left some space for apprehension, but he was grateful he could savor this special moment of total abandon. he looked around the room, everything was still, filled with silence. the clock showed 2:15pm, and that felt right. at least time is keeping rhythm, he thought.’ – david tanguy from ‘2 pm to 3 pm’ 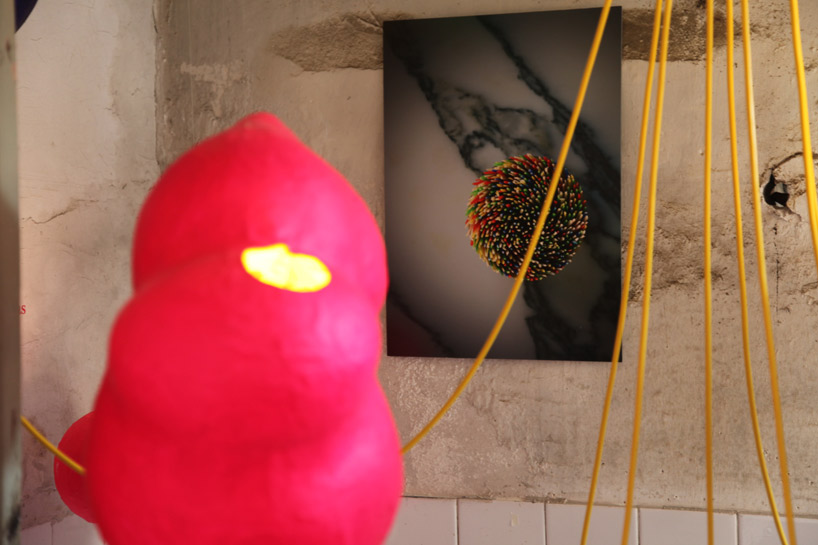 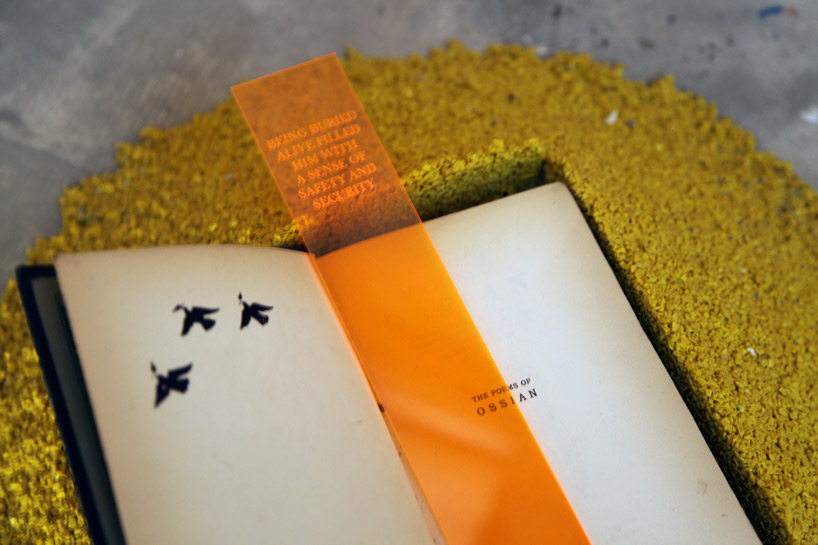 ‘3 am to 4 am’ by andrea branzi, architect, milan
image © designboom

‘at that moment the clock struck three: ernesto went under the bed covers for a nap and immediately started dreaming of ossian’s poems and those of the latin poet lucan, poems that spoke about cemeteries and the dead. he had the impression they were dedicated to him (bones) and he woke up feeling as if he were buried in a coffin underground…’ – architect andrea branzi from ‘3 am to 4 am’ 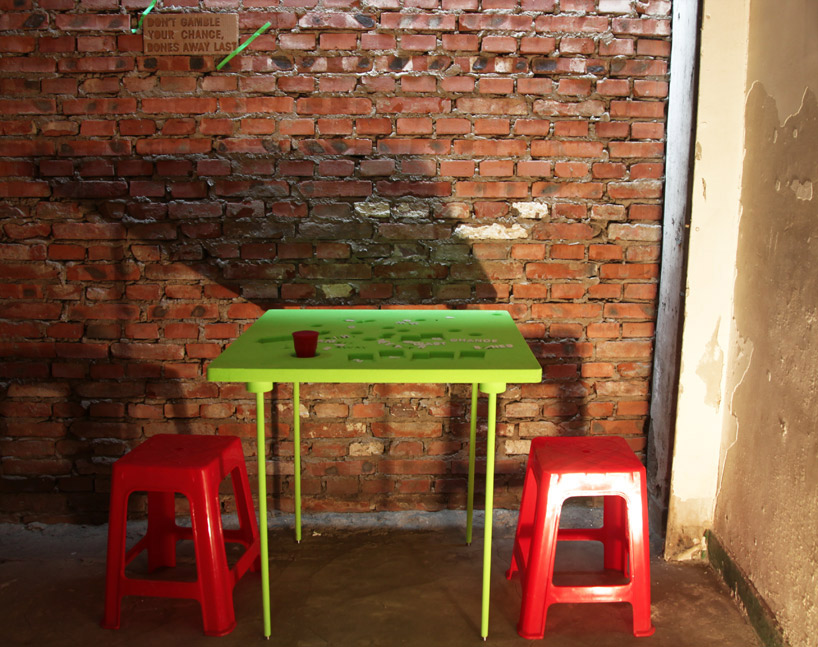 ‘2 am to 3 am’ by susan cohn, jeweler, melbourne
image © designboom

‘when the preposition was first put forward so long ago the odds appeared even. his objects are now in disarray, their language manipulated by chance encounters with unknown souls. who are they to lay these bones down before the chips are played?’ – jeweler susan cohn from ‘2 am to 3 am’

detailed view of ‘2 am to 3 am’
image © designboom 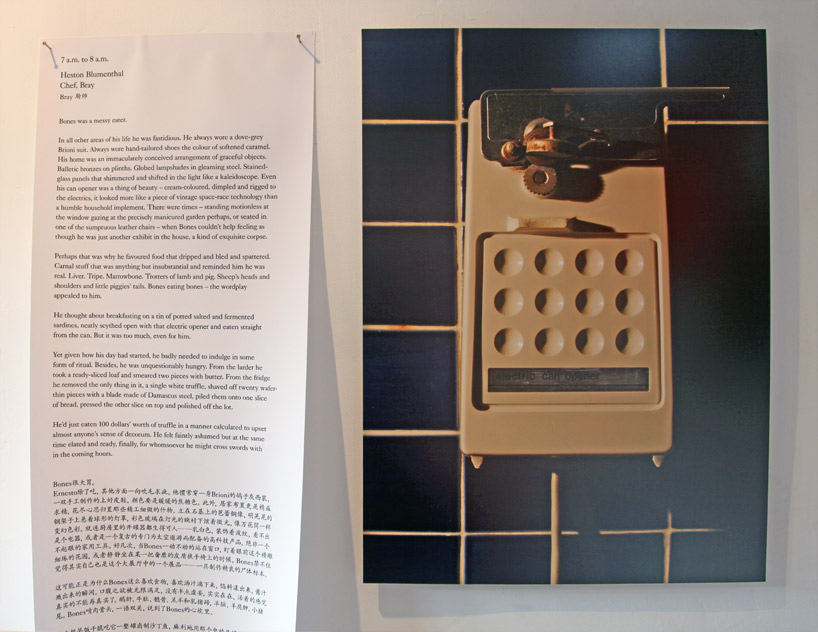 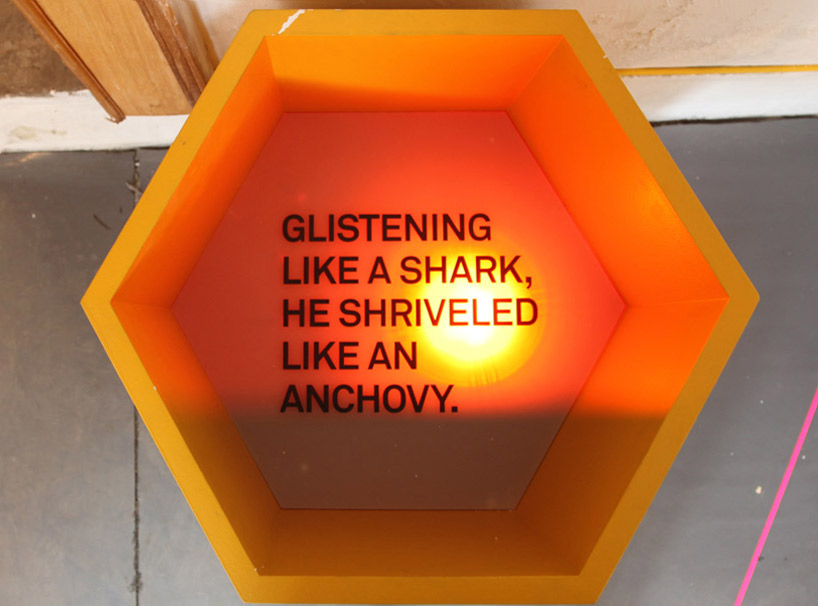 ’12 am to 1 am’ by arie chen, design critic, beijing
image © designboom 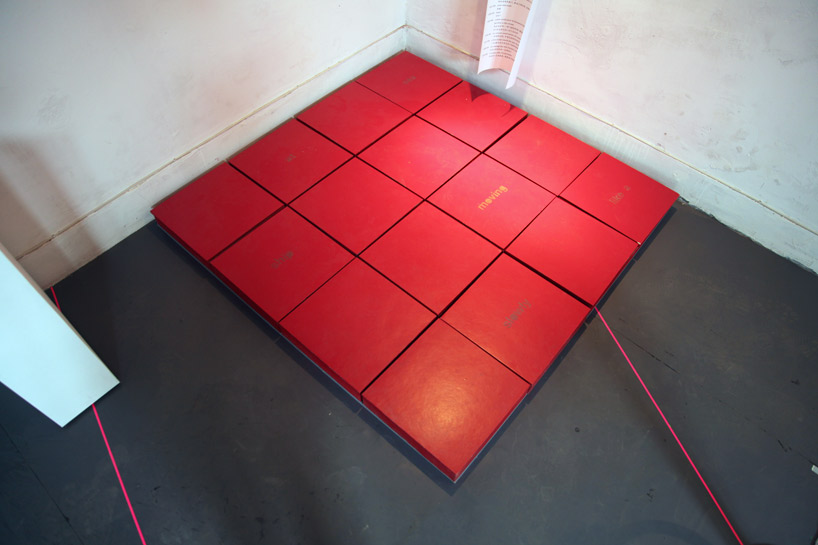 ’10 am to 11am’ by jane nisselson, creative director, new york
image © designboom 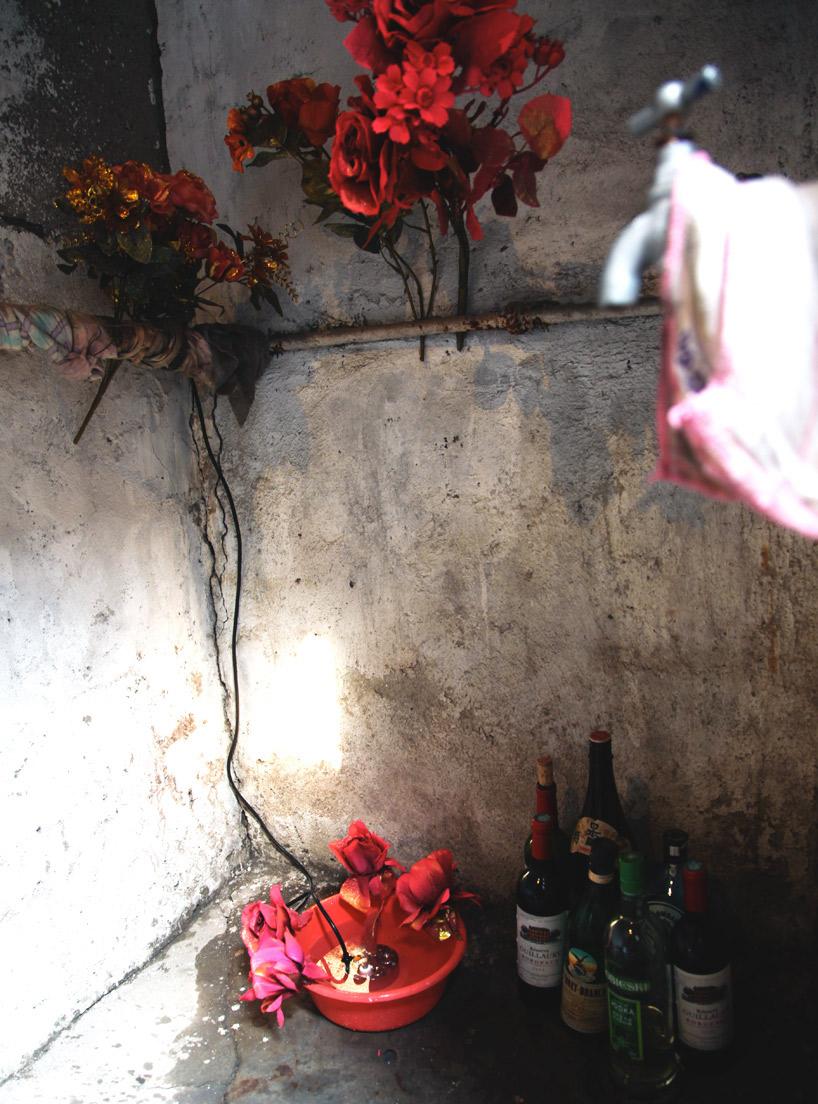 ‘4 am to 5 am’ by michael connor, curator, new york
image © designboom

‘something is wrong; a piece of ernesto’s day is missing — omitted, in fact. ernesto steps back into the house. the spell broken, the fox takes refuge in a nearby stand of bamboo. there is something that he had not wanted his neighbors to see – a guilty secret. like a drunken fool, he had flooded it with light. perhaps it isn’t too late. perhaps the neighbors are still asleep…’ – michael connor from ‘4 am to 5 am’ – curator michael connor from ‘4 am to 5 am’ 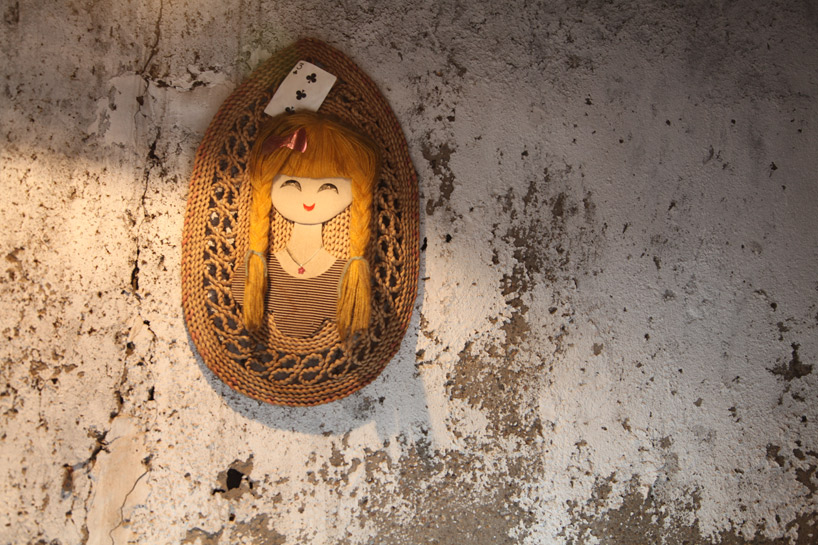 detail from ‘4 am to 5 am’ by michael connor, curator, new york
image © designboom 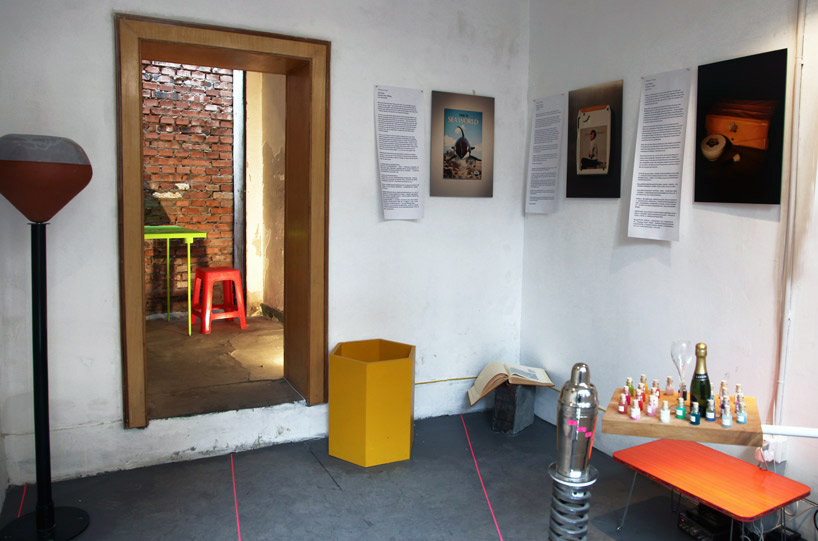 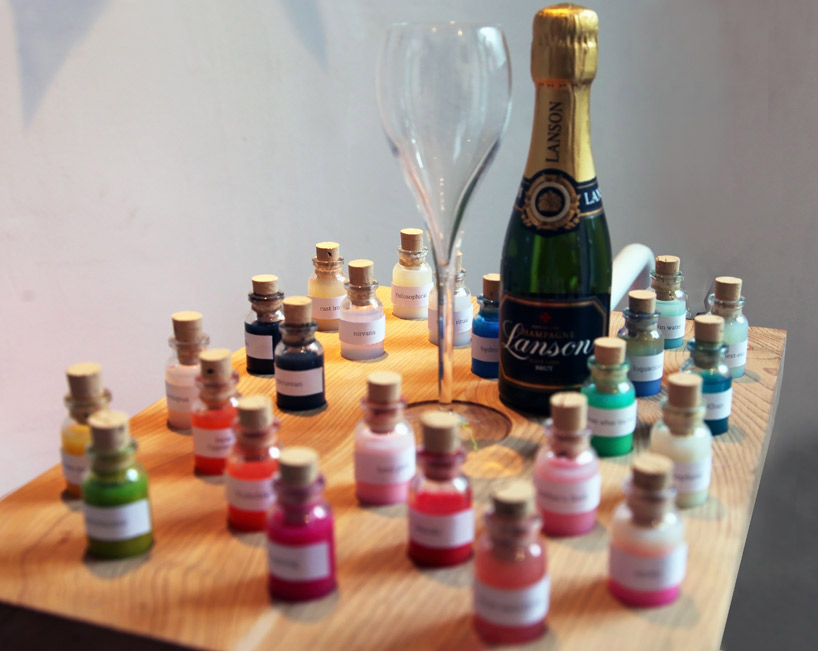 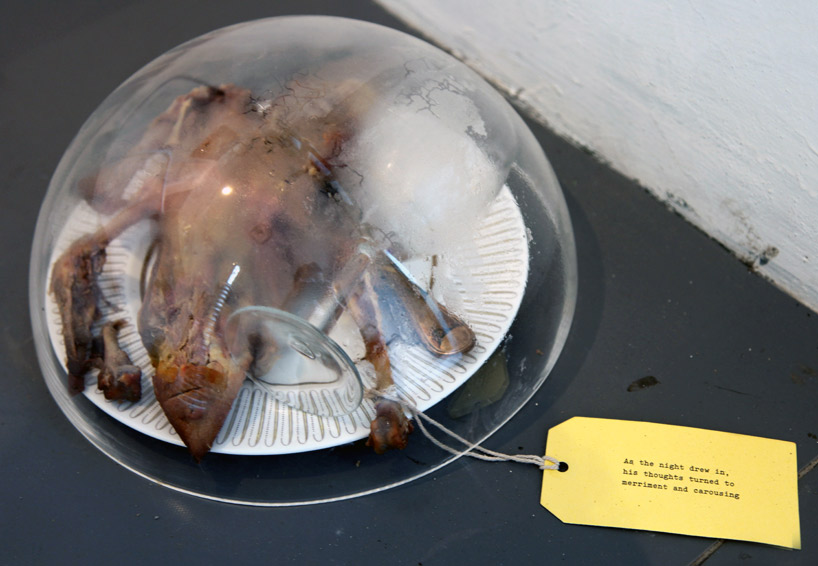 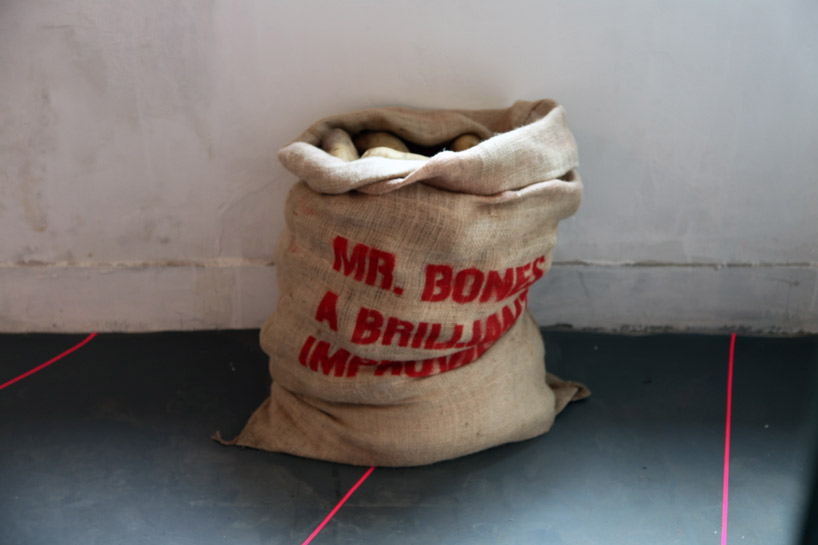 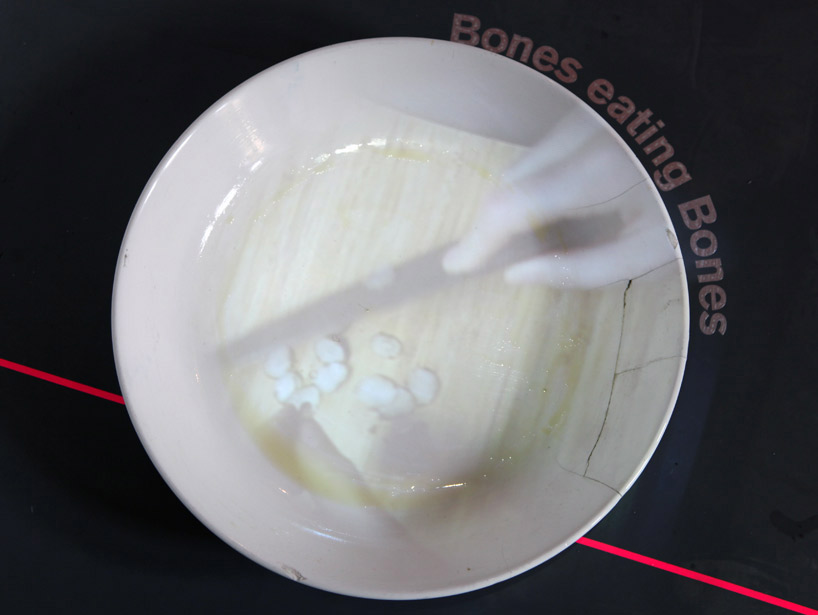 ‘9 am to 10 am’ by monica nanula, artist, new delhi
image © designboom 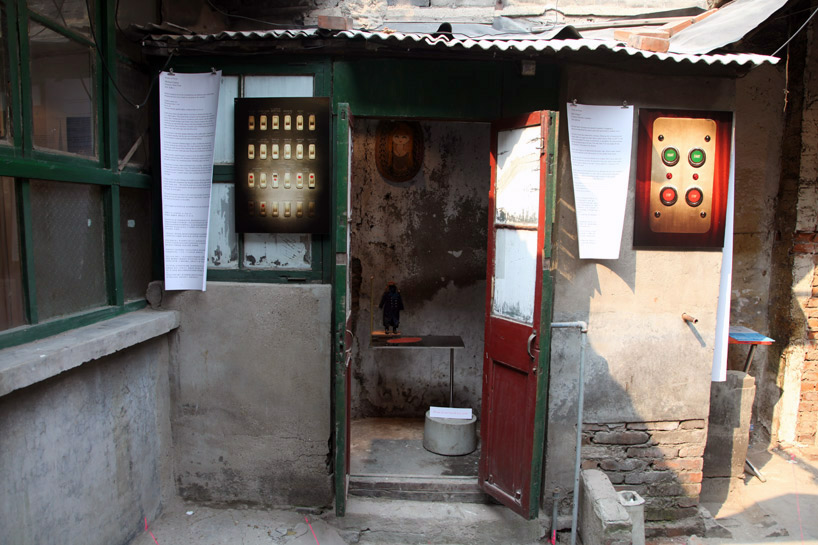 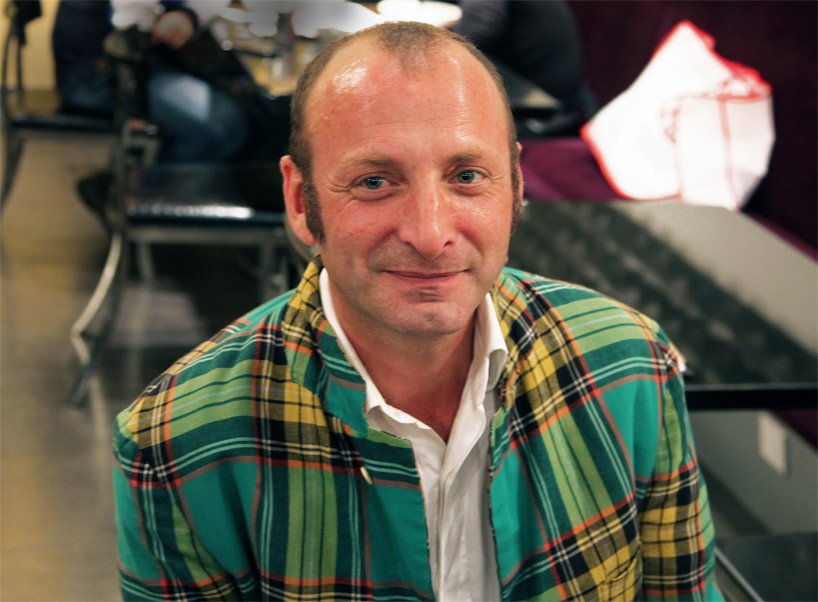 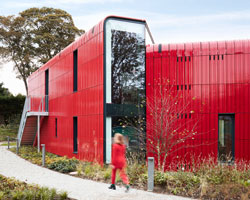 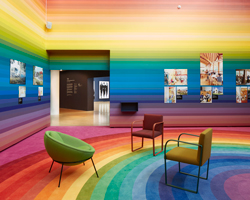 May 22, 2019
rainbow stripes hug the floor and ascend to exposed windows at this cancer-fighting pop up 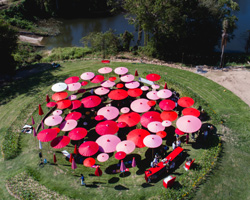 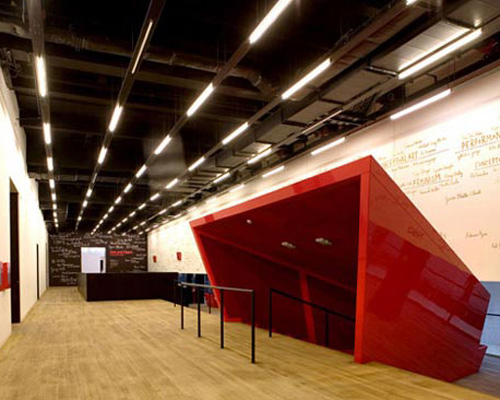 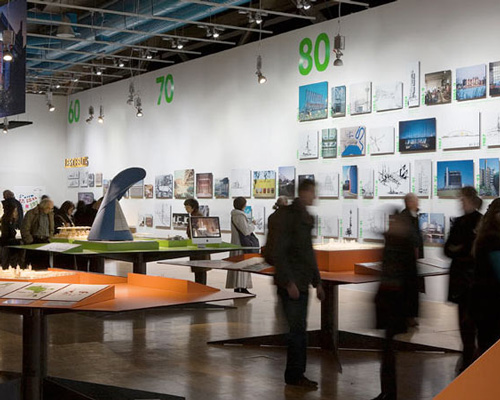