british design firm aberrant architecture has developed ‘tiny travelling theatre’. the structure is a modern re-conceptualization of a mini entertainment venue, designed in 1678 by traveling coal salesman thomas britton. the theater has been constructed in a manner very similar to its previous incarnation — a large sound funnel distributes musical entertainment generated on the inside to the crowds gathered outside the auditorium. in the time of britton’s structure, everyone from amateur performers to symphony stars such as george frideric handel were said to serenade small crowds while hidden from view. 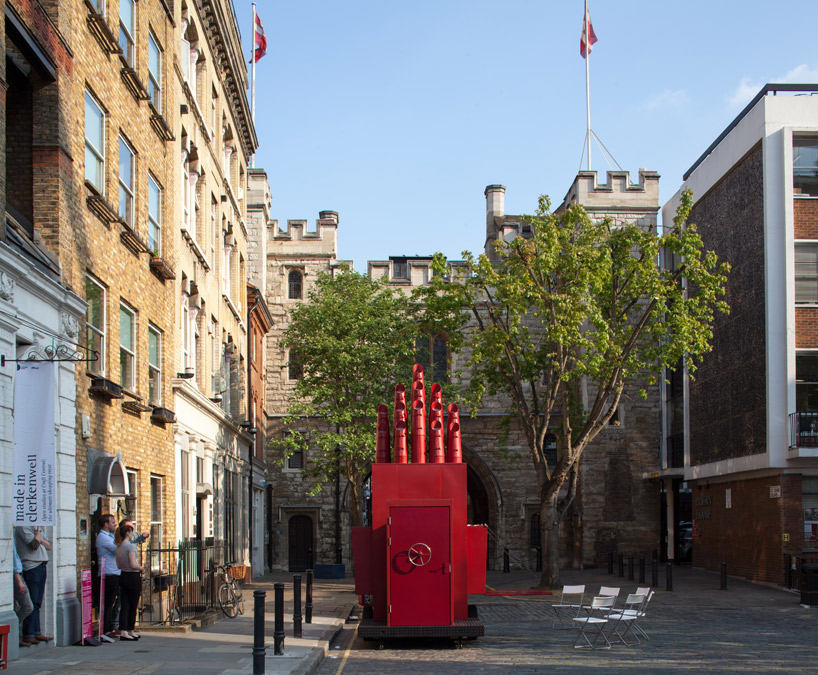 aberrant architecture’s traveling theater is equipped with a silver, boat-handle stage door, which seals the small musical ensemble and viewers into the tiny performance space. the room is illuminated by a system of circular openings cut from the roof and decorated by coal scuttles stacked around each skylight. due to the limited interior space of the structure only a very small audience may witness the performance, creating a particularly intimate concert-going experience. for those experiencing ‘tiny travelling theatre’ performances from the exterior, the architects have equipped the traveling theater with a chain-lowered table for a relaxed, café-like environment.

the small, portable theater was on show as part of clerkenwell designweek 2012. 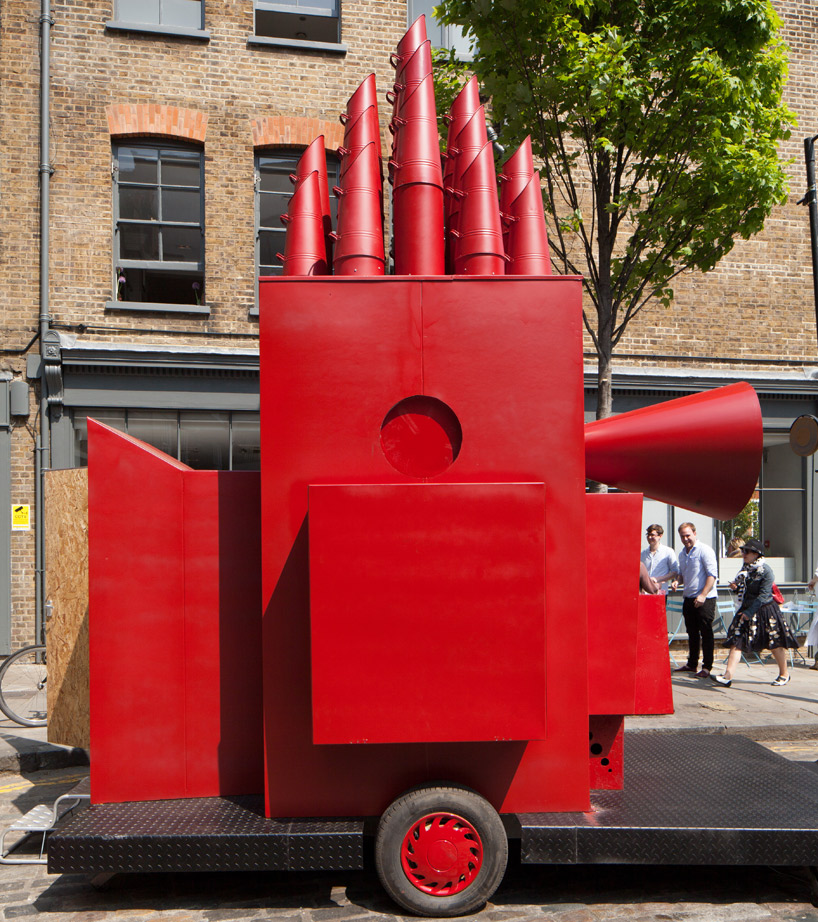 the side of the portable theater set in place 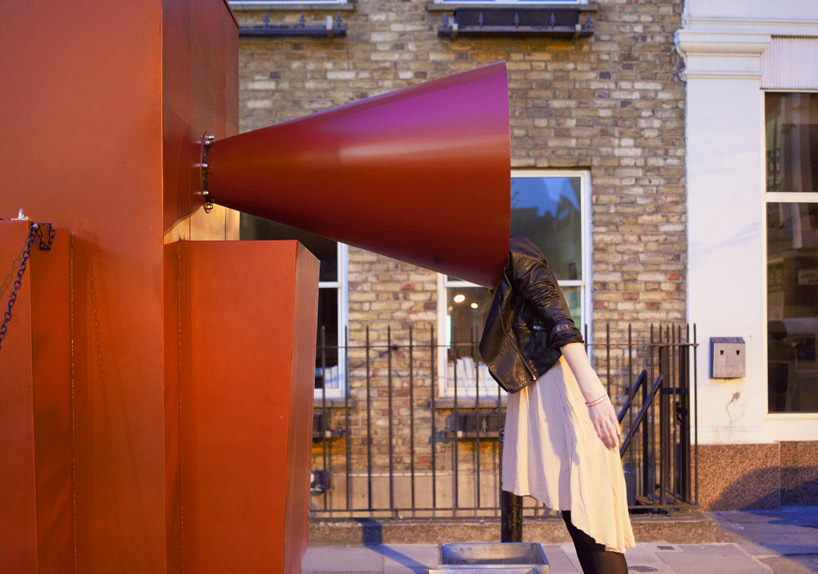 a woman listening to the music coming from within the sculpture 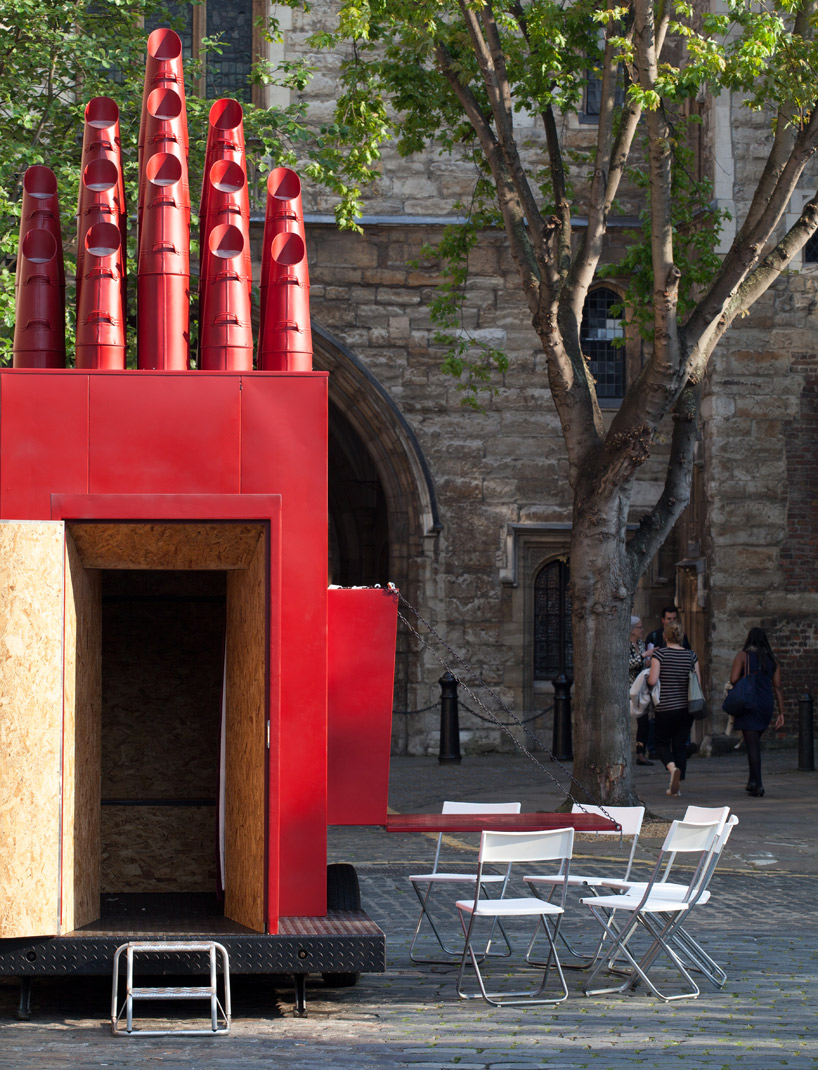 a perspective picturing the vacant theater 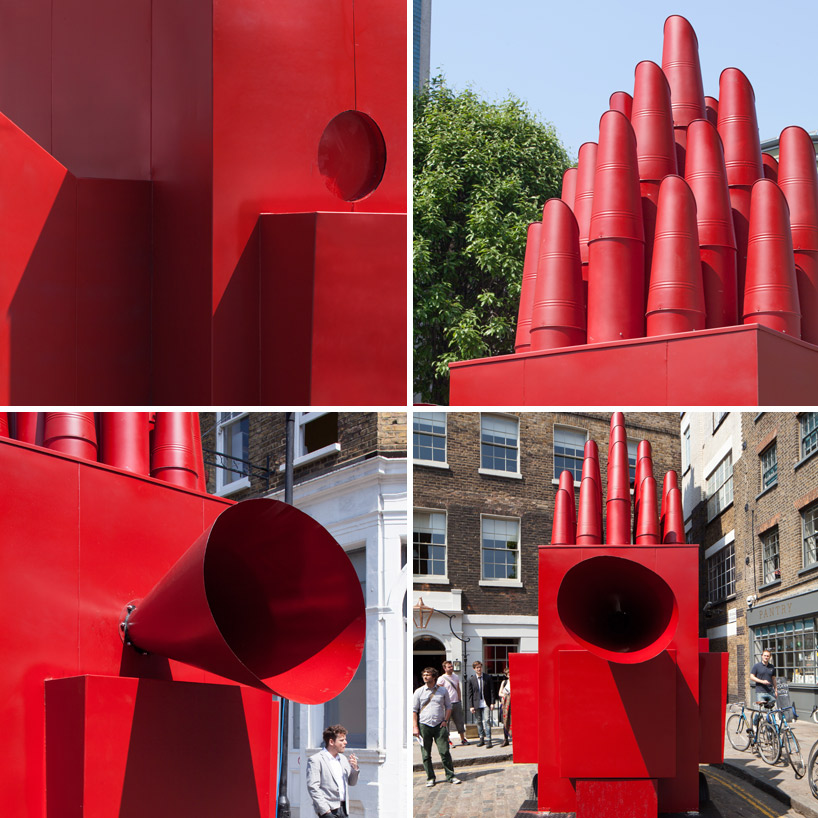 several detailed perspectives of the work 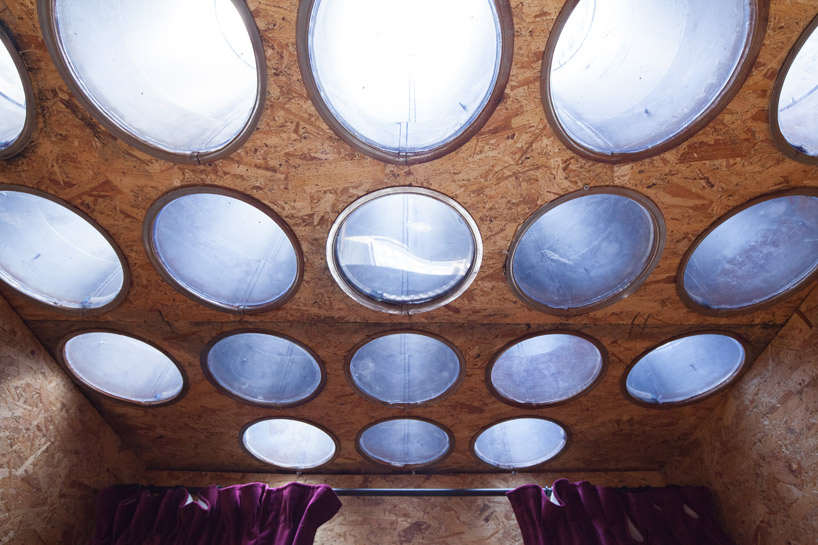 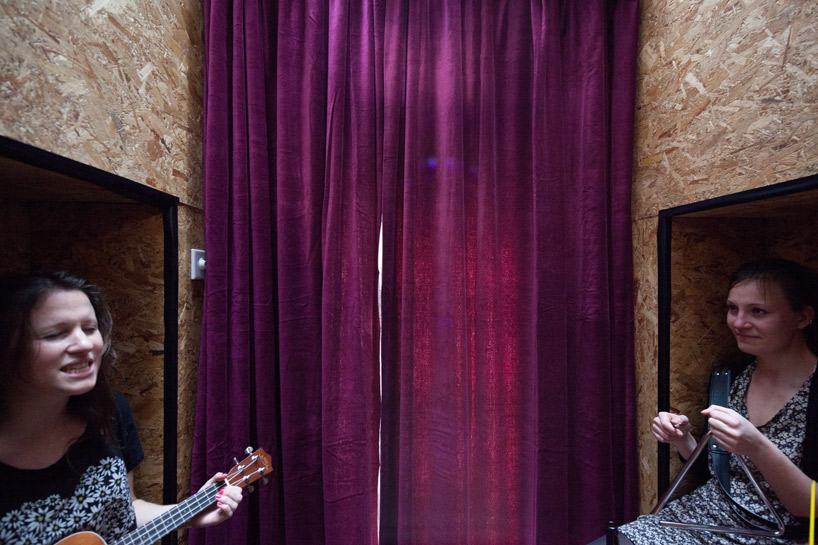 the tiny interior makes for an intimate experience 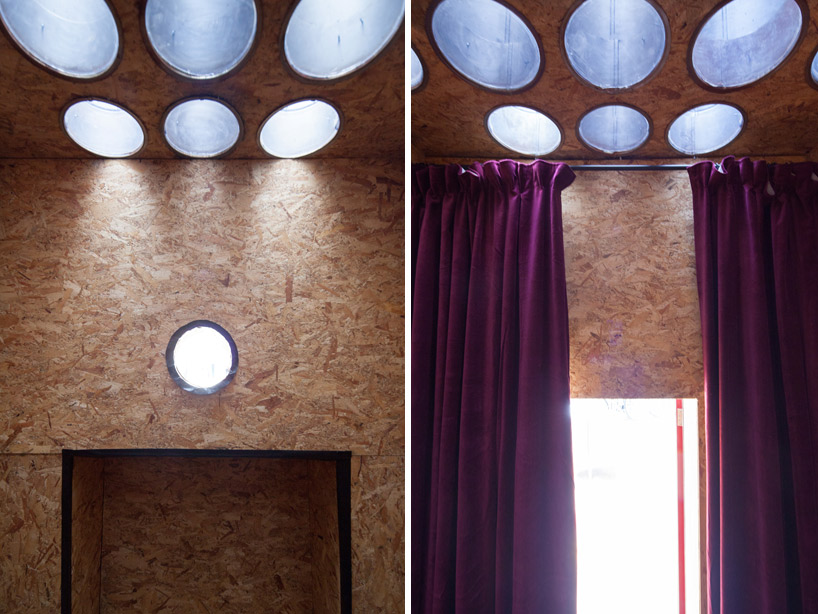 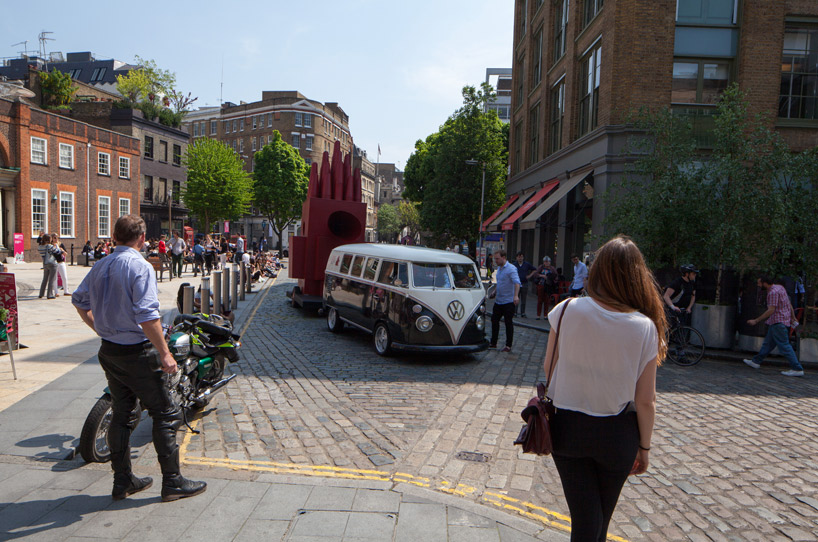 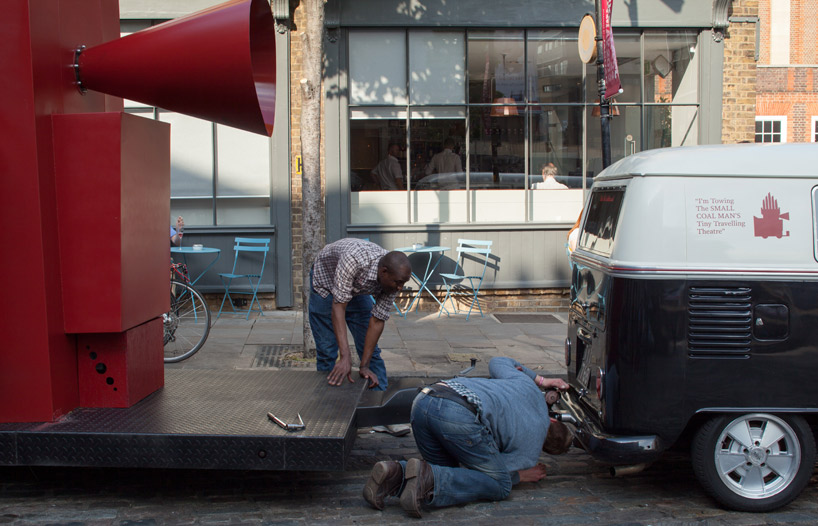 at each resting point, the ‘small coal man’s tiny travelling theatre’ is unhitched from the back of the camper van 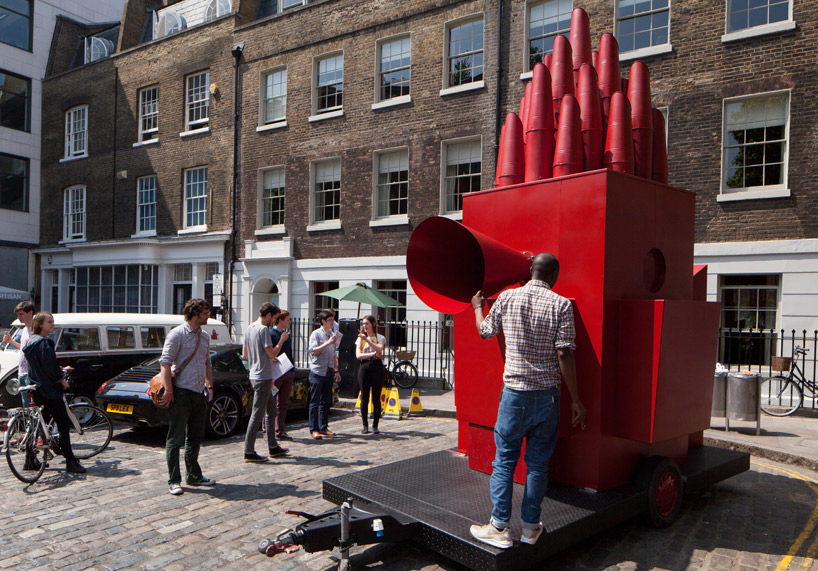 installation view of the work 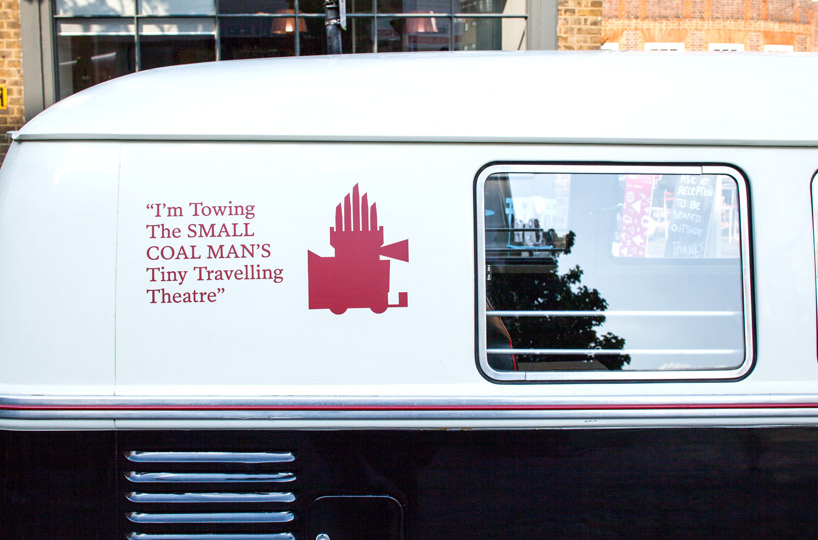 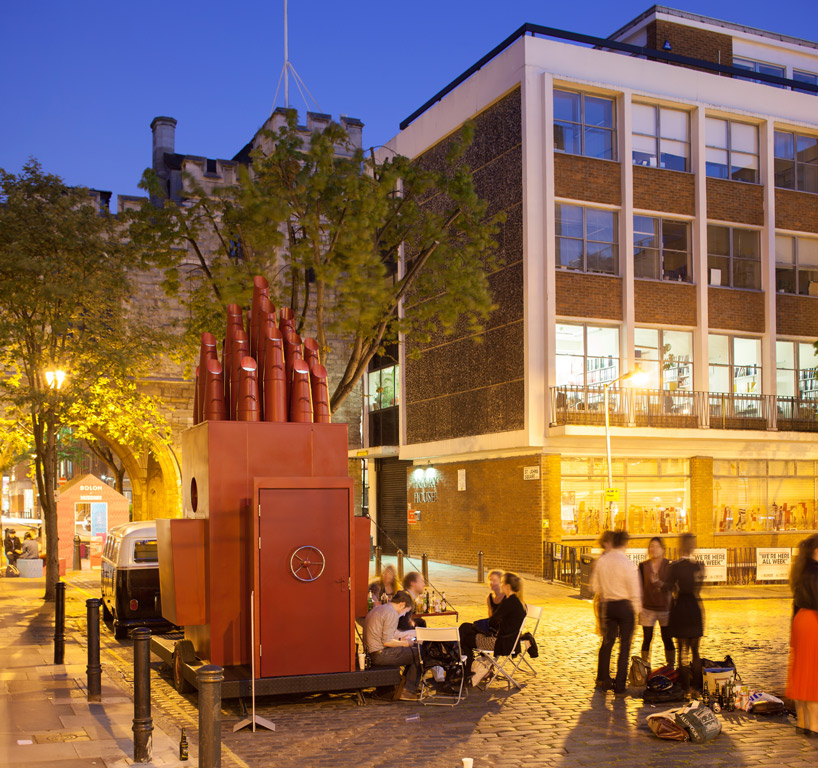 an extendable table on the exterior makes for a casual, café like vibe 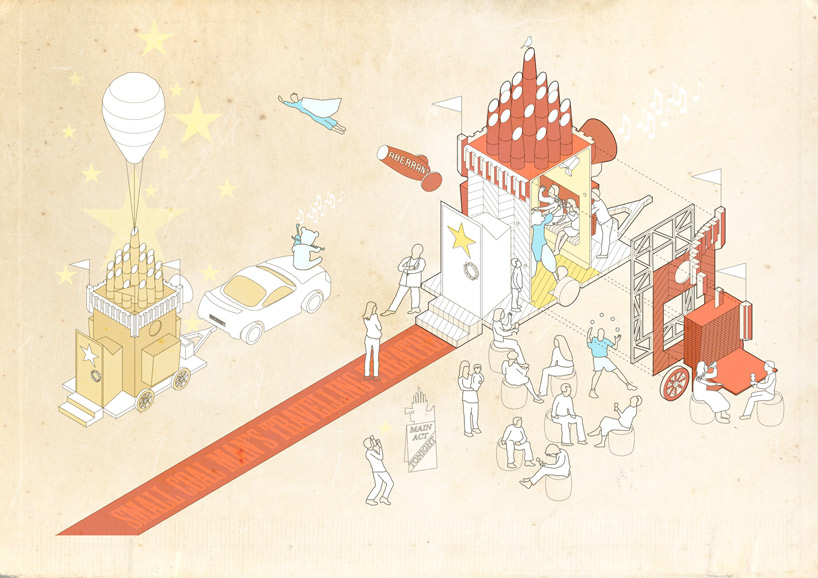 a cartoon conceptualization of the work 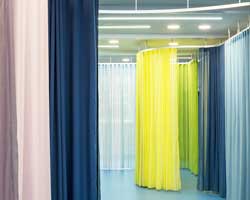 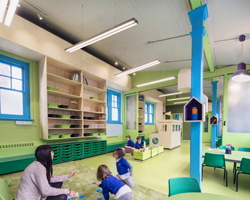 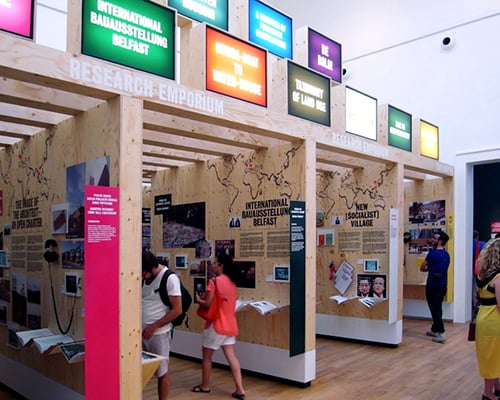