Brandalism, a collective of artists and activists, has published scathing ads across Europe and the UK to denounce the climate impacts of airline advertising and airport expansion. Advertising panels throughout the streets of Amsterdam, Barcelona, Brussels, Bristol, Lisbon, London, Rome, Norwich, and Paris, among other European cities, were hacked with posters targeting the aviation industry over their impact on climate change.

The guerrilla action started after a summer that saw record-breaking heat waves and wildfires across Europe. In this climate emergency, airlines continued carelessly to push extra flights despite the giant warming emissions caused by this way of travel. In response, hundreds of pointed artworks replaced advertising billboards to scold the airline’s role in fostering a high-carbon lifestyle. ‘#SayYesToTheEndOfTheWorld’, ‘Ruinair’ (a word play on the airline Ryanair), and ‘Low Fares to Plastic island’ were some of the caustic texts in the artworks. ‘The allure and glamour of high carbon lifestyles such as frequent flying has been purposefully crafted by the advertising industry and shows no signs of relenting – despite one of the hottest summers on record. Advertising agencies such as Ogilvy, VCCP, Dentsu, DDB Munchen need to consider their role in driving up emissions for airlines they work for such as British Airways, Easyjet, KLM and Lufthansa. We call on employees in those firms to refuse work for high carbon clients,’ says Tona Merriman from Brandalism. 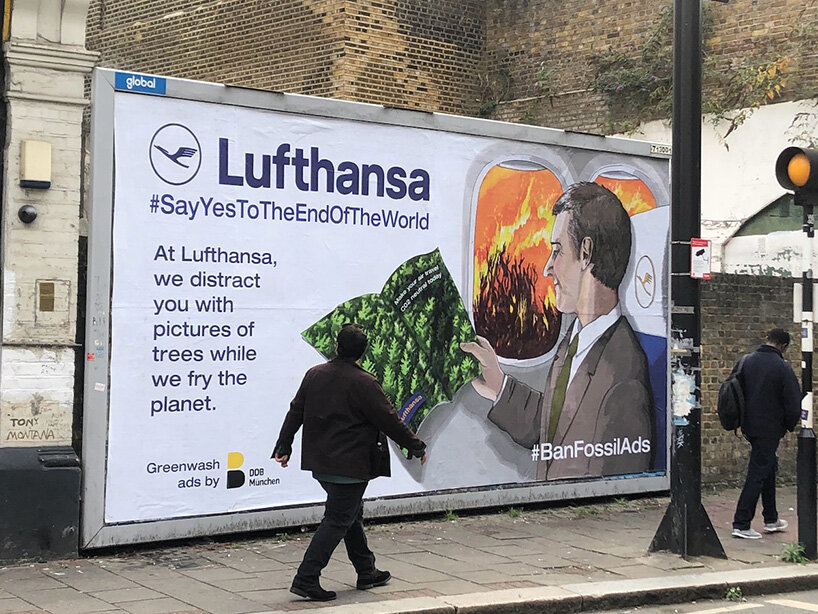 ‘This project feels very timely because there’s still a total cognitive dissonance that comes from living in a capitalist world – yes, heatwaves and wildfires are now our reality but still, why don’t you jump on a plane and go on holiday? Advertising totally fuels this, selling an image of flying as desirable, easy, something to be done without thinking. This project aims to underscore that and tear apart the normalisation of promoting products and services we know to be highly polluting and destructive,’ mentioned artist Lindsay Grime. 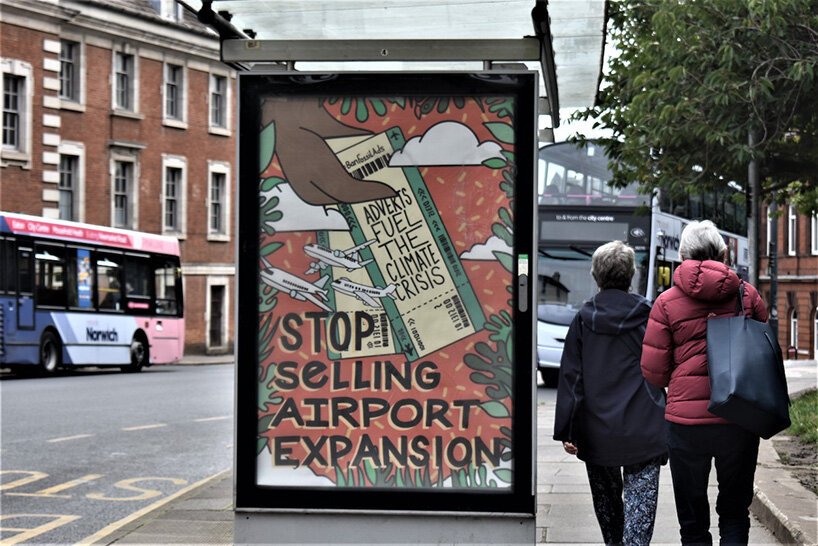 against airport expansion, artwork made by artist Soofiya

‘Advertising plays a crucial, but often overlooked, role in fueling the climate crisis. By pushing high-carbon goods, such as cheap flights, advertising is complicit in driving carbon emissions higher at a time when we need to see an urgent reversal. Just like cigarette advertisements were eventually snuffed out from the 1980s onwards, governments and regulators need to step up to stop these companies polluting the planet and public space,’ commented Andrew Simms of the Badvertising campaign in the UK. 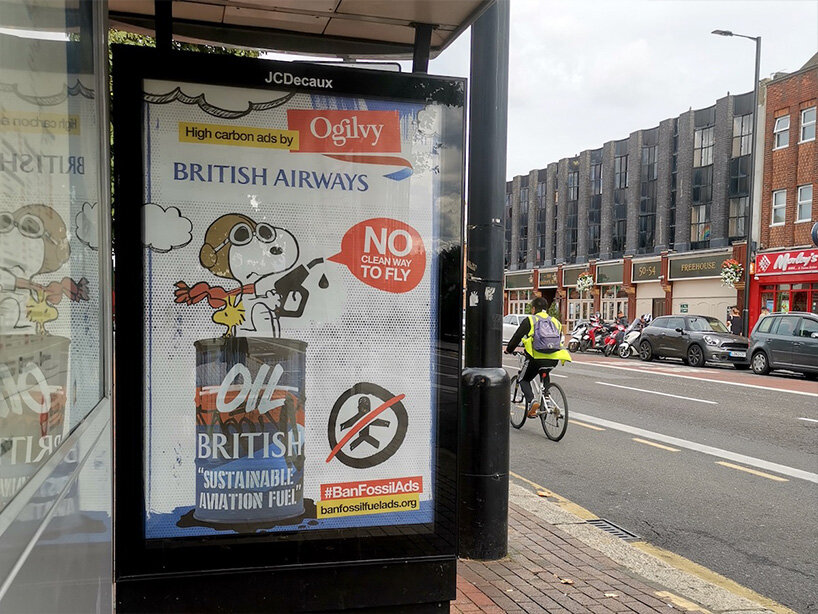 ‘Activists from Liège Sans Pub were involved in the actions, as well as campaigners from Adfree Cities (UK), Badvertising (UK), Résistance à l’Agression Publicitaire (France), Climáximo (Portugal), Greenpeace International and 35 other organisations who are calling for legislation to end adverts for high carbon products, just as advertising for tobacco is no longer permitted. Polling by Opinium research in April 2022 found that 68% of UK adults support restrictions on ads for environmentally-damaging products,’ stated by brandalism on their blog.

‘Campaigners say that the end is nigh for adverts that fuel the climate emergency – with a European Citizens Initiative to ban fossil advertising and sponsorship having garnered more than 300,000 signatures and cities such as Sydney, Amsterdam and The Hague already having banned high carbon ads.’ 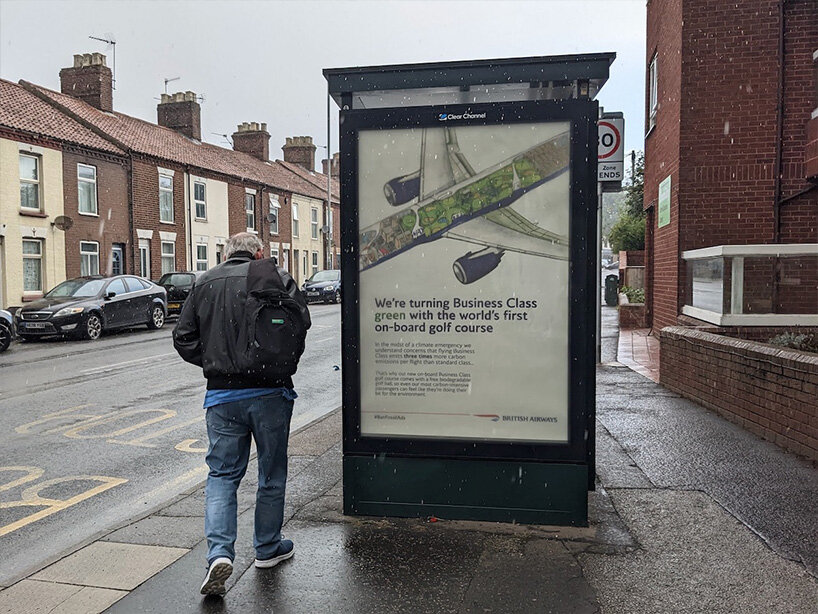 made by artist Darren Cullen, a sarcastic view on green travel 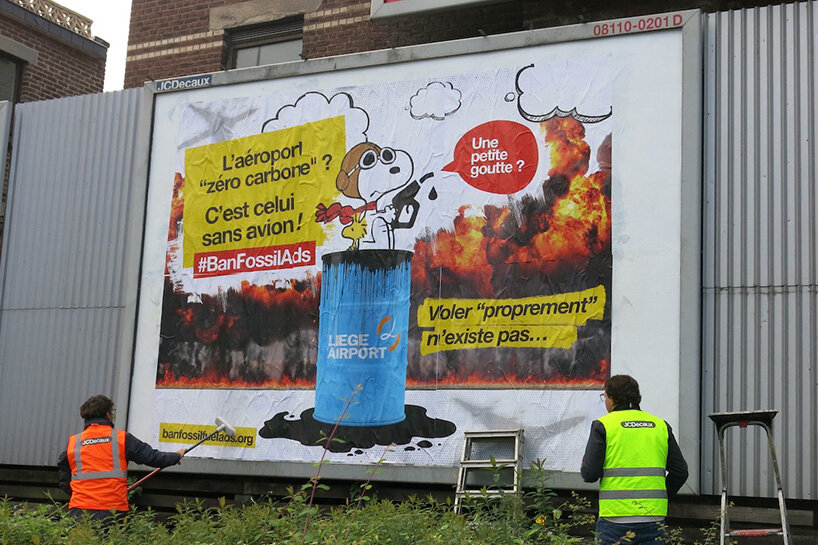 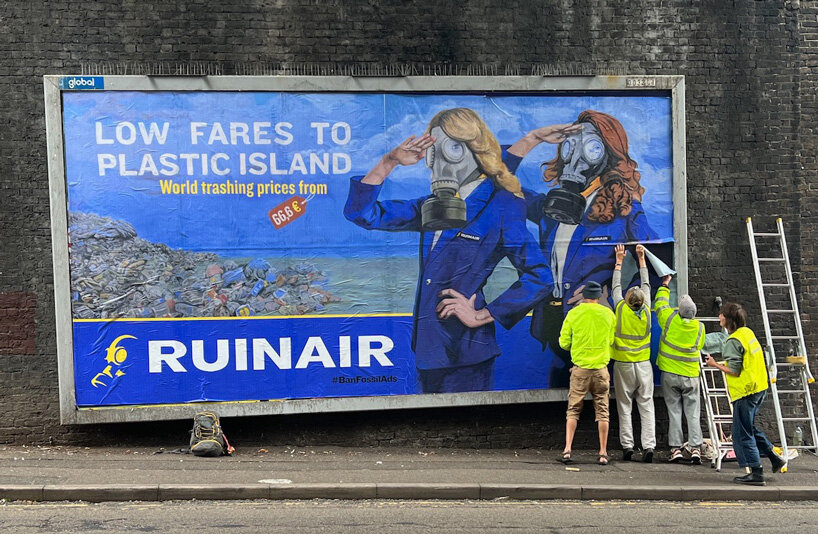 design by Hogre –  installed in Brighton and Rome 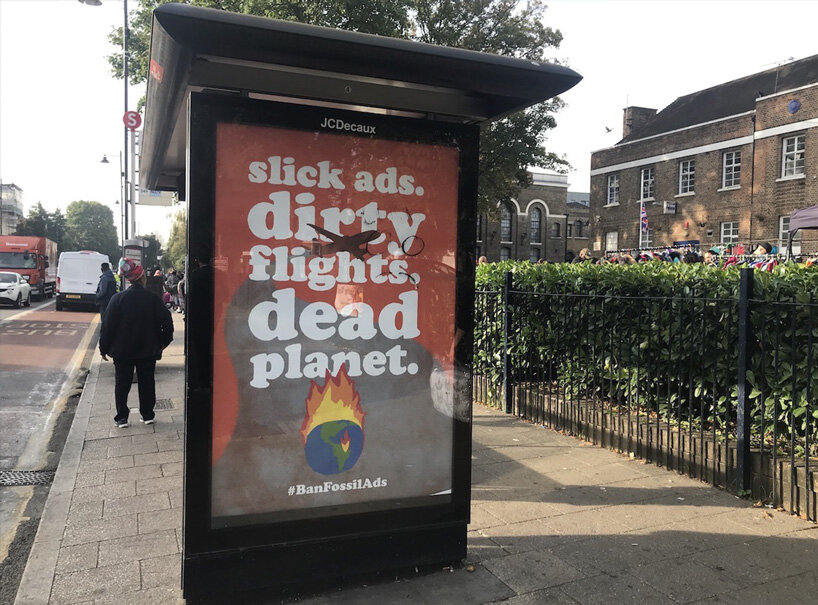 artwork by Matt Bonner. Installed by Brandalism in revolt against climate-wrecking advertising 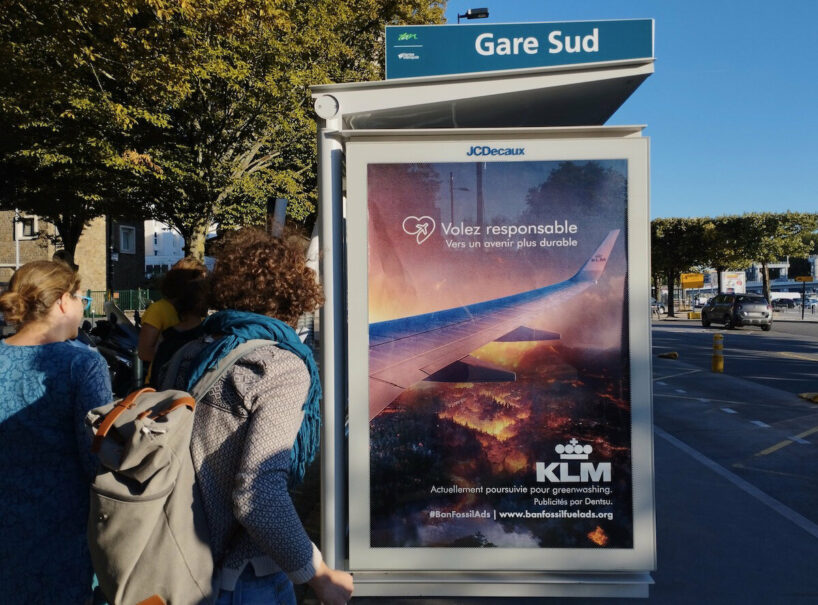 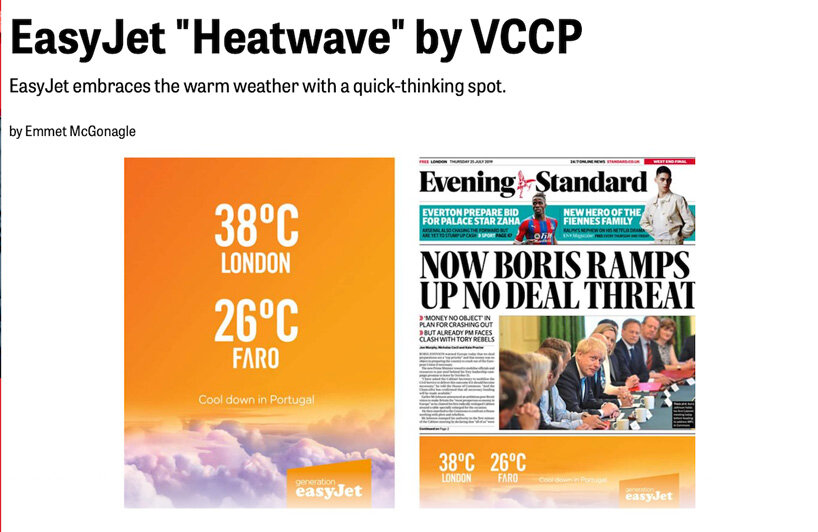