washington-based professor adam summers uses marine specimens collected from fishing operations as the medium in an artistic project revealing the anatomical structure of sea creatures. using two dyes – alcian blue to stain cartilaginous elements and alizarin red to turn tissue a shade of crimson — summers then lightly bleaches the species to remove dark pigments, leaving a snow-white fish. the stained skeletal tissues create visibility through the skin and flesh, exposing the biological innards as vibrantly colored matter. images are captured while the examples are fully submerged in glycerin; a large reservoir the compound is placed on a color corrected LED light table and the fish is posed in place. in its final stage, the still shots are not only mesmerizing on an aesthetic scale, but also gives a rare glimpse of the underlying structure of the animal, visualizing their vertebrates, skeletons, and soft tissues. 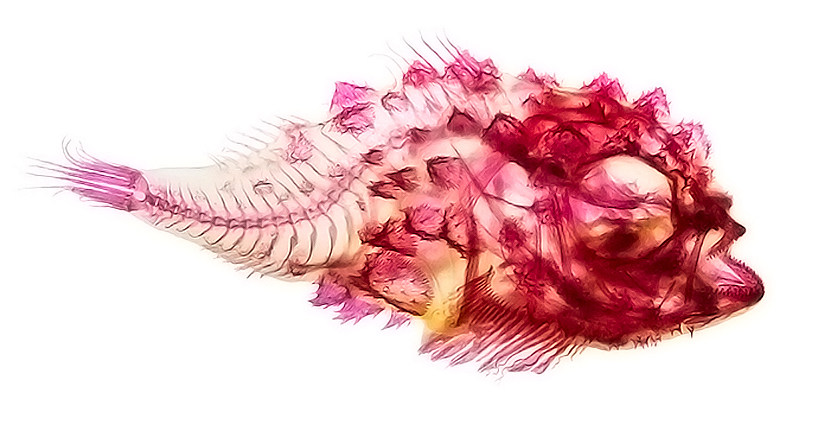 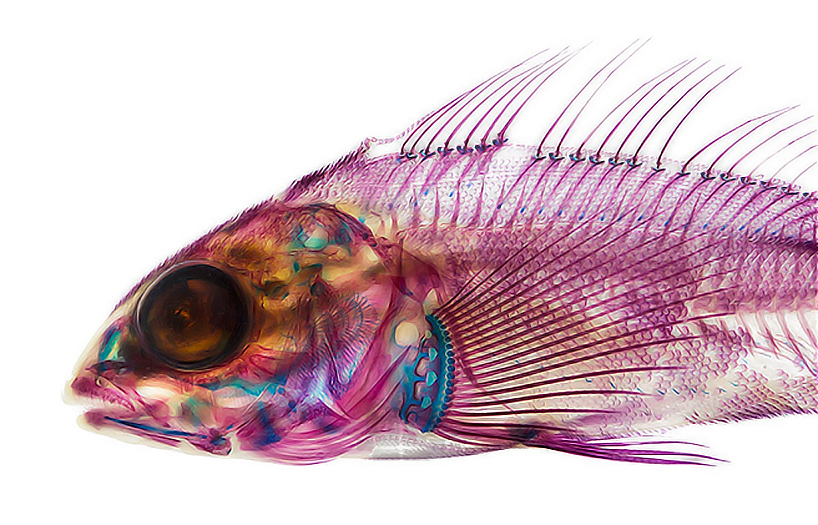 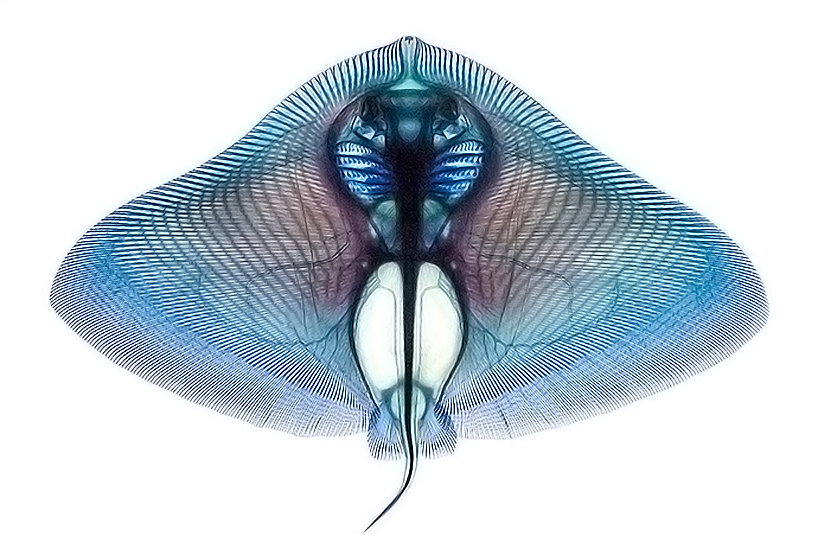 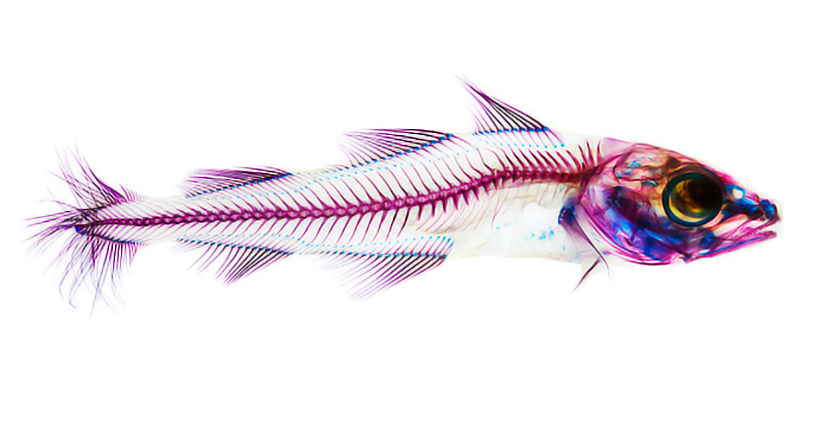 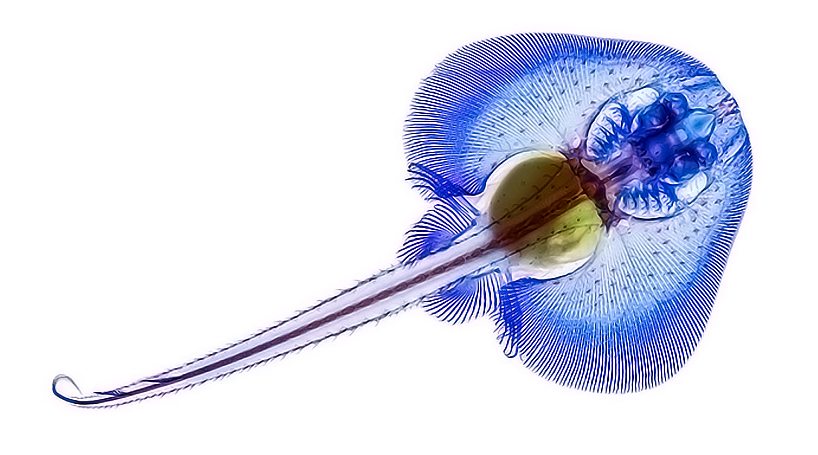 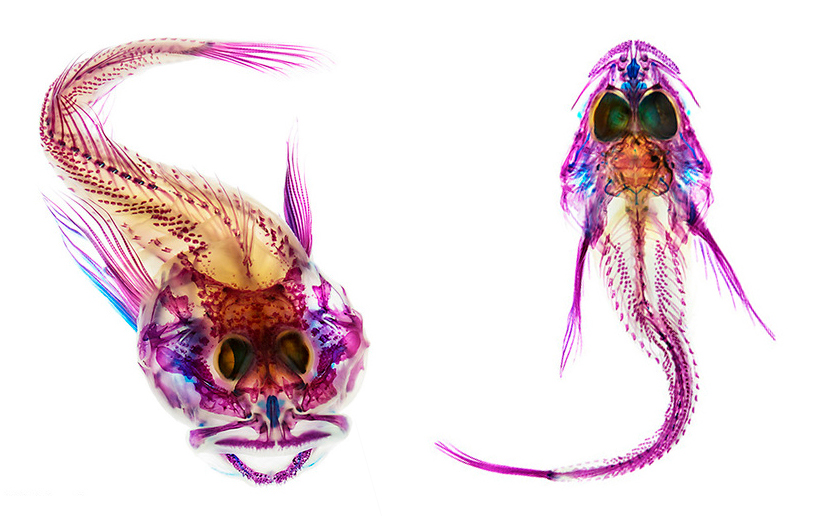 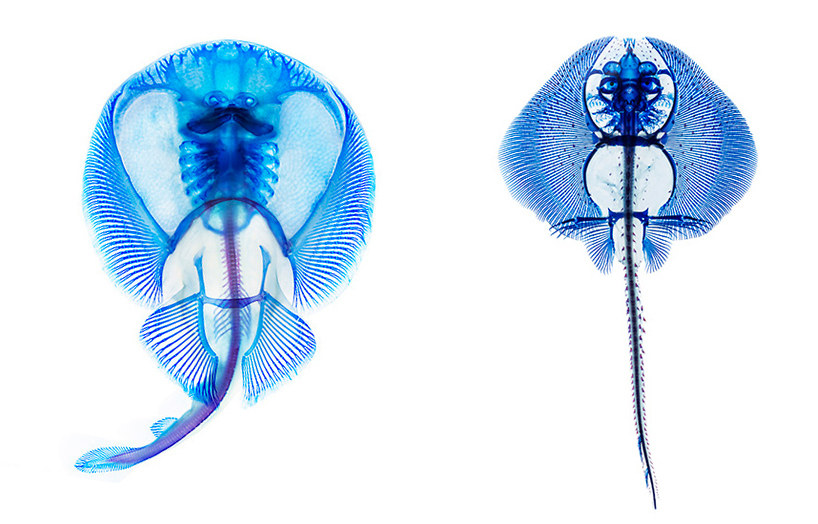