the 12th edition of the istanbul art biennale is underway in antrepo 3 and 5 at tophane, located along the bustling turkish city’s bosphorous river. this year’s event is co-curated by brazilian-born adriano pedrosa and costa rican-born jens hoffman who have developed overall themes that explore the relationship between art and politics, bringing forth exhibitions of works that are both formally innovative and outspoken. within the biennale program are five specially curated shows under the name of ‘untitled’ each with subtitles: ‘abstraction’, ‘ross’, ‘passport’, ‘history’ and ‘death by gun’. the departure points for these are derived from the work of cuban-american artist felix gonzalez-torres (1957-1996) which was both politically provocative and rigorously attentive to the formal aspects of artistic production. among these five main presentations are pavilions of solo installations by national and international artists alike, including the work of american-born adrian esparza whose work utilizes an unraveled serape as its key element. 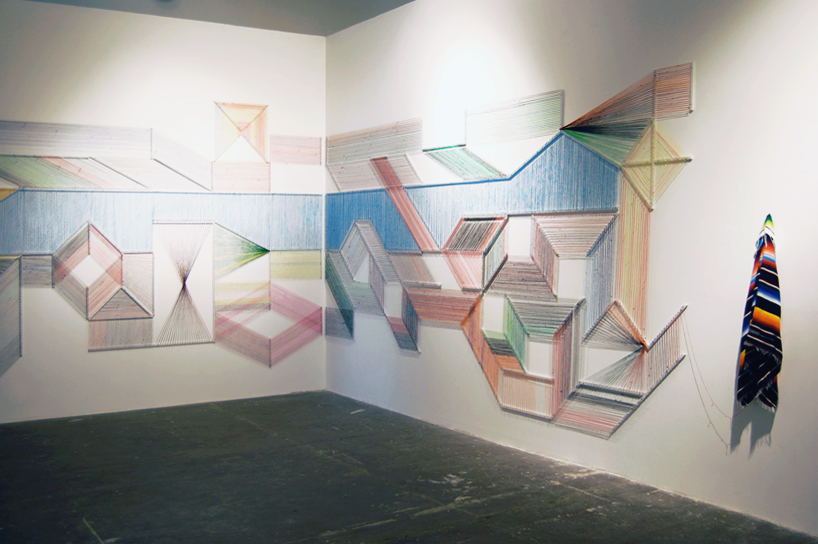 a serape is a mexican blanket – a long rectangular garment that is the product of mesoamerican and european weaving traditions. this iconic textile has been in production for hundreds of years in central america, mexico and the southwestern parts of the united states. its original purposes was intended as protection against the elements, and over time, its diverse utility has made it a symbol of the people who have incorporated it into their lives. characterized by its vibrant band of color and asymmetrical designs made from wool or cotton, esparza unravels serapes to create geometric wall works with the thread. this process allows him to unveil history as an evolving symbol of culture.  each blanket is made using a basic warp and weft weaving technique. the grids which are established by these vertical and horizontal lines abstract the image created, which are based on existing historical landscape paintings typically from the southwest or mexico. here, esparza utilizes the serape grid to transform these panoramic perspectives into geometric structures. 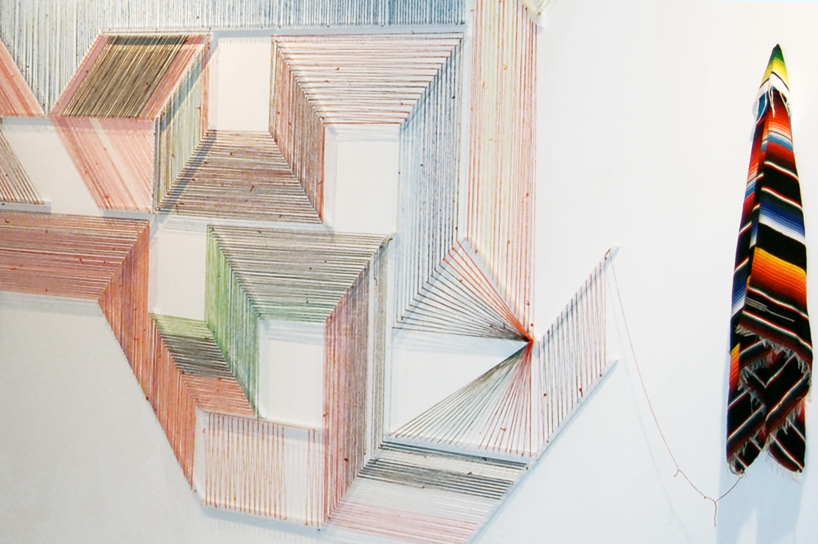 the deconstruction of the serape to the landscape neutralizes its original, in which the resulting structural image is experienced as an optical vibration of sorts. the textiles are as much icons of mexico as they are souvenirs, and the artist’s work speaks about the reevaluation of his own heritage in this way. incorporating historical landscapes into the creative process, esparza now not only is limited to mexican landscapes, but considers the location of the exhibition in which his work will be shown. for each piece he produces, the selected landscape of a particular region is translated into geometric shapes. this is the act of migration replicated with each new work that is created, from mexico to a more universal visual vocabulary. on the occasion of the istanbul art biennale, esparza’s ‘far and wide’ draws on an image of constantinople, bringing his work into the context of the place in which it is being presented. 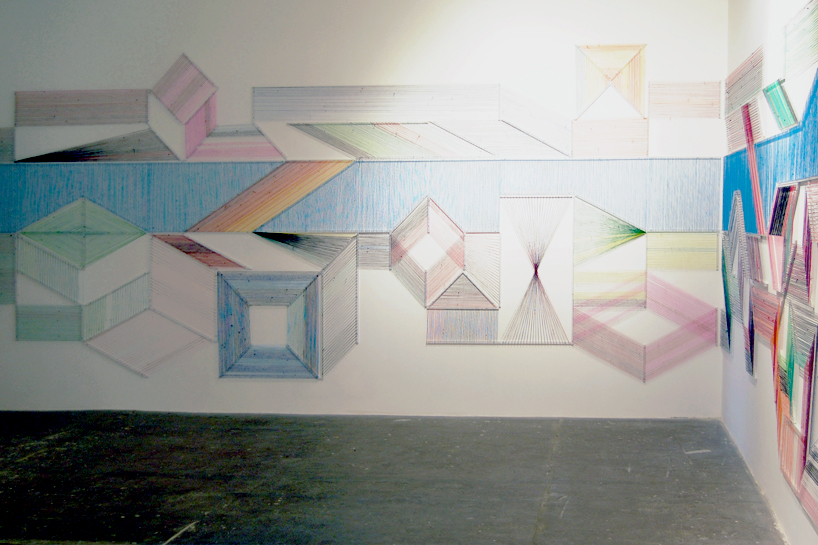 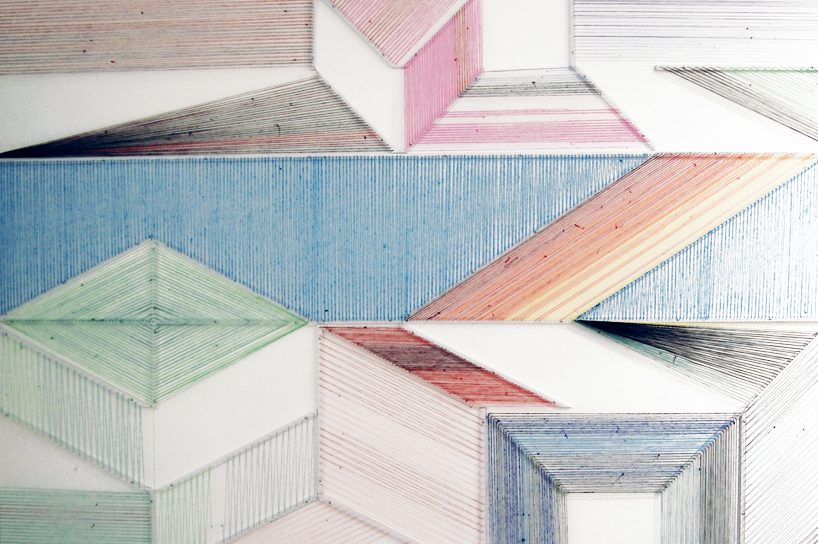 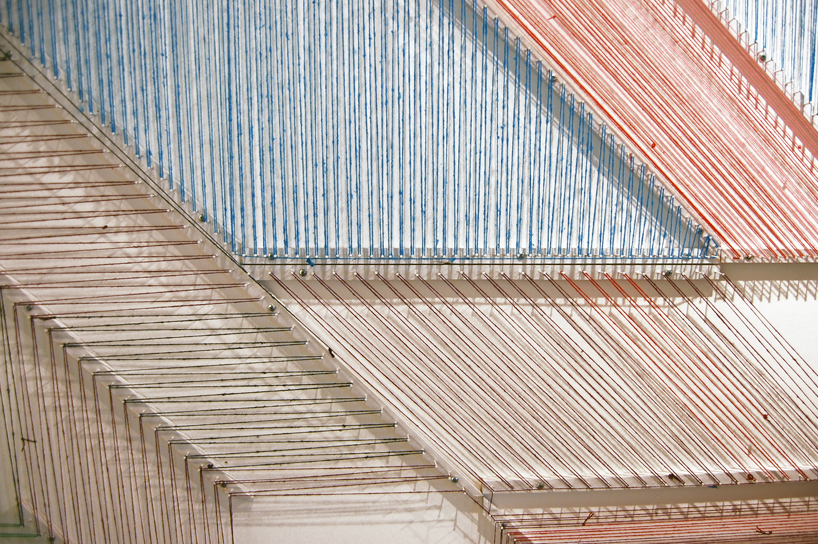