from march 5th – june 5th, 2015, over fifty artists from over twenty-five countries introduce their work at the sharjah biennial 12 under the theme ‘the past, the present, the possible’. the united arab emirates plays host to new works and commissions from creatives and cultural practitioners, investigating the idea through interventions and site-specific installations.

at the kalba ice factory in sharjah, argentinan artist adrián villar rojas has used resources from the landscape in the making of ‘planetarium’, a large-scale work that embodies the artist’s interests in ecosystems, decay, and man’s interference in nature. industrial materials such as paint and concrete, and found objects like metal scraps and discarded clothing have been sourced from sharjah, while organic matter such as seeds, shells, volcanic rock and decaying remains of birds have been sourced from mexico. these materials are made into massive towering columns of plants, rocks, and trash, set within the 2,400-square-metre space with a balanced composition. framing the main plaza of the abandoned factory, villar rojas has distributed tons of freshly produced compost into rows that mimic reverse trenches, leading visitors within the interior of the building. the use of enriched soil, a substance unnatural to the region, seeks to demonstrate how increased consumption can be made into living parts of the environment. 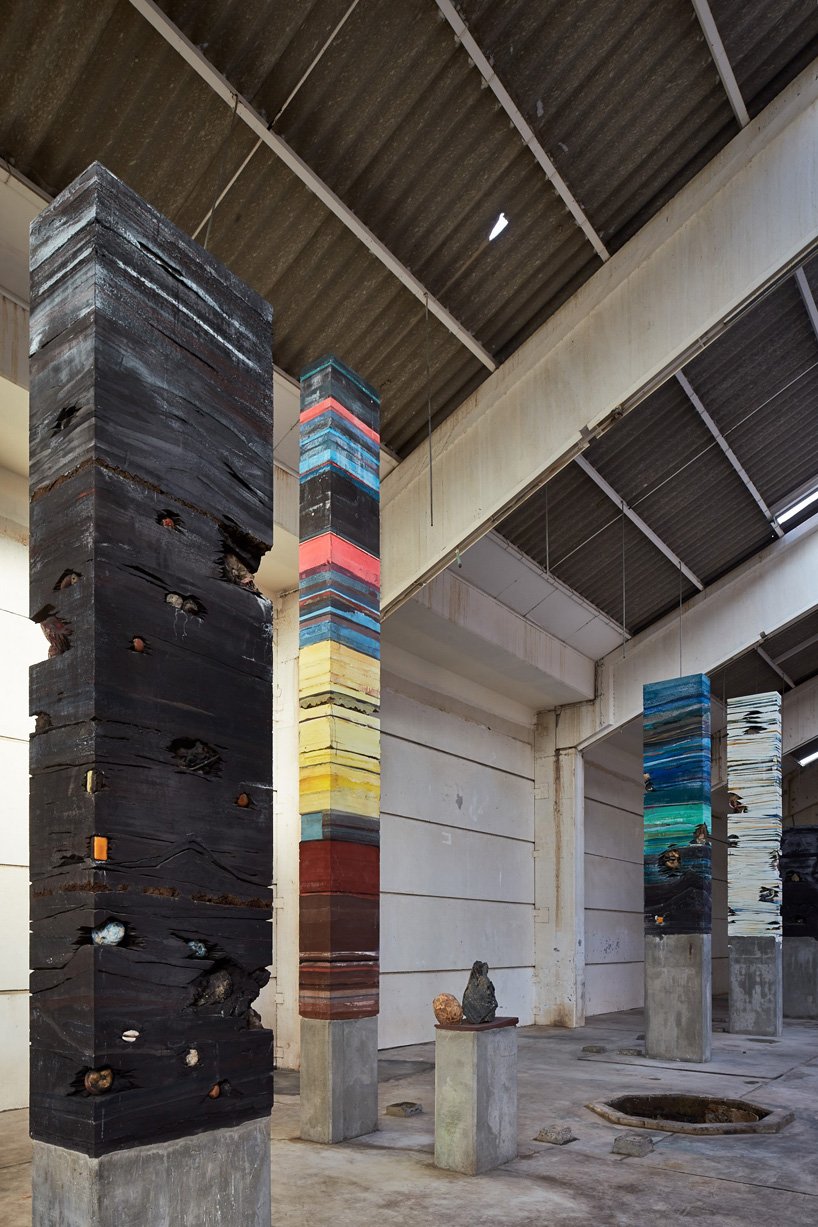 natural materials are made into massive towering columns of plants, shells, rocks, trash and bones 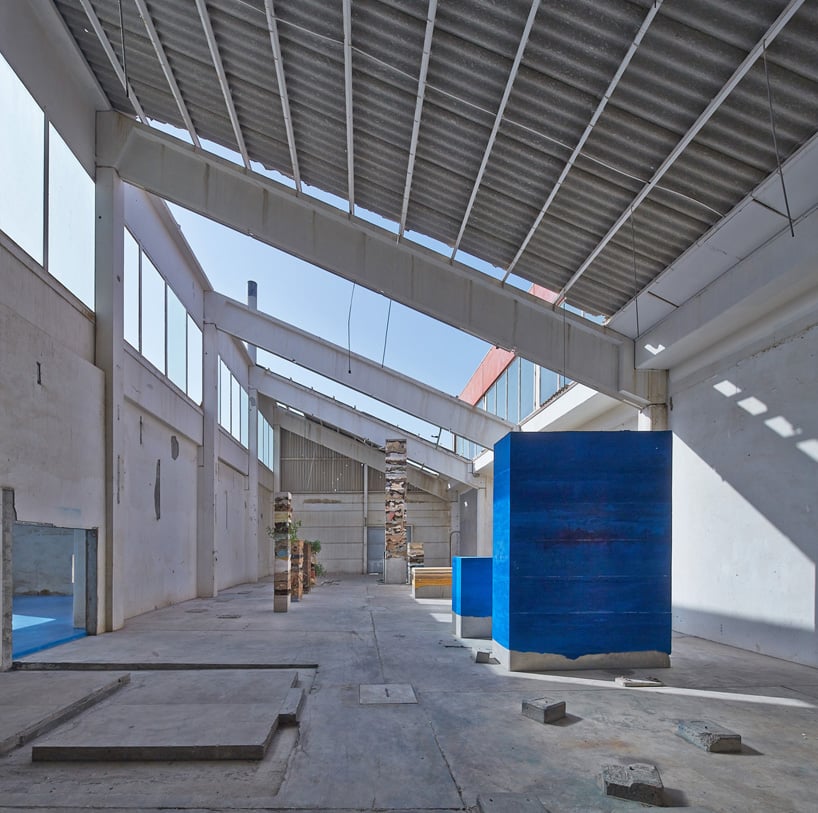 the huge columns are spread throughout the abandoned factory 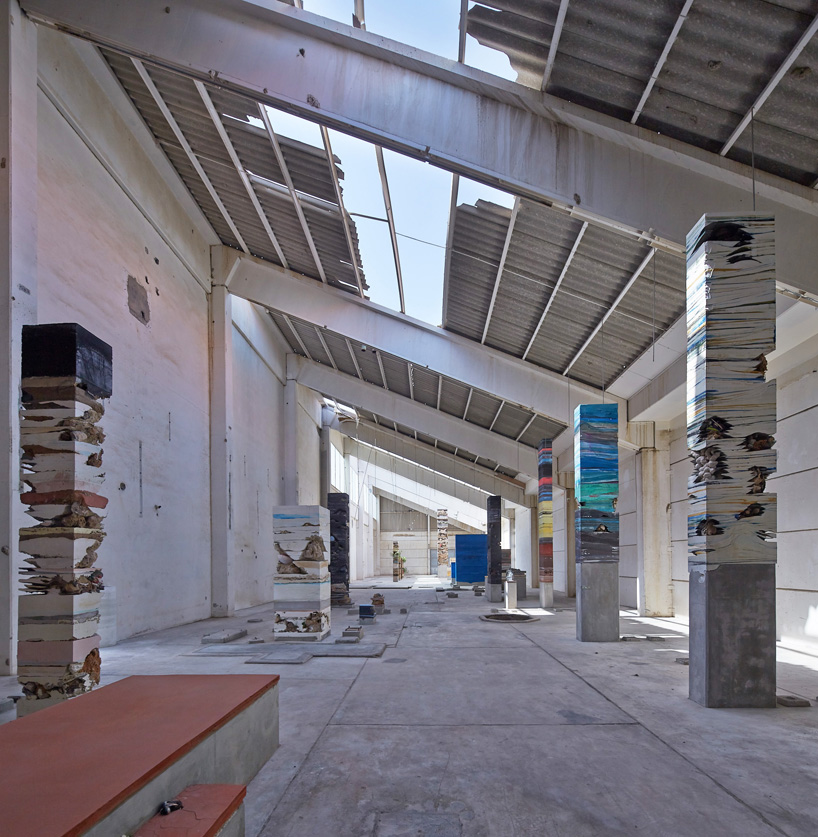 the towers of matter are set within the 2,400-square-metre space with a balanced composition 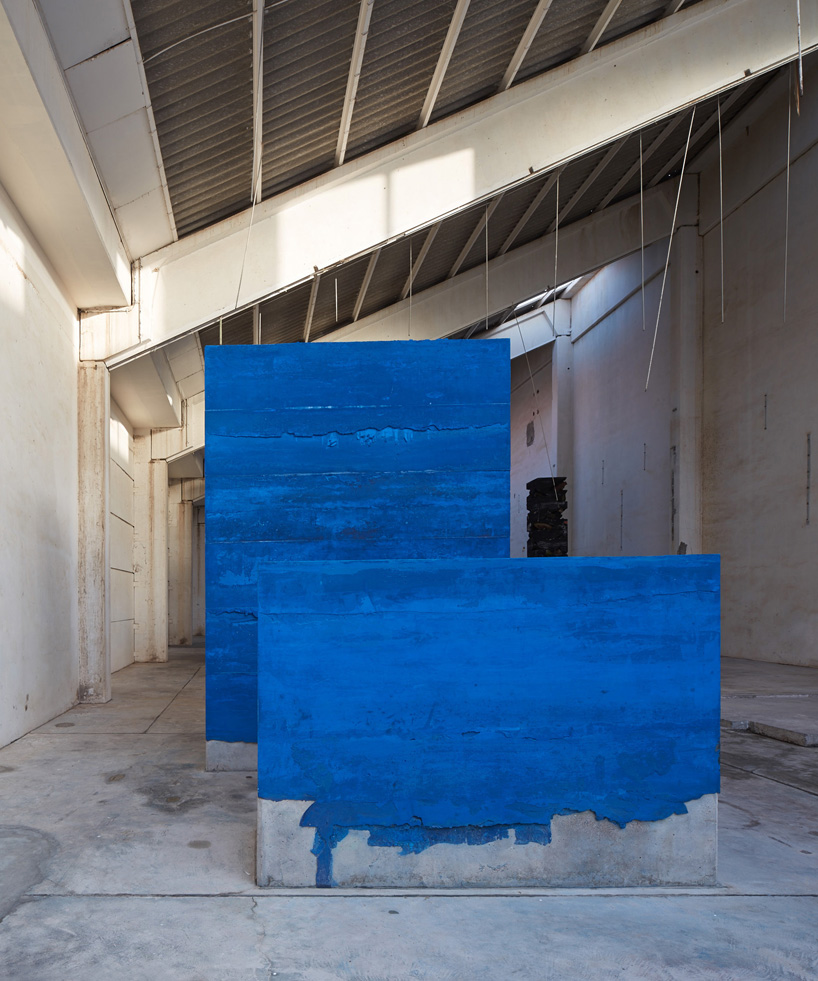 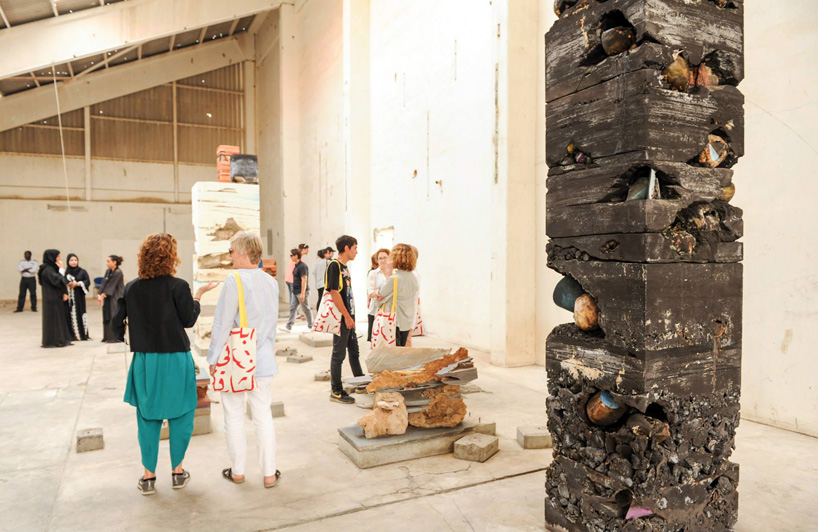 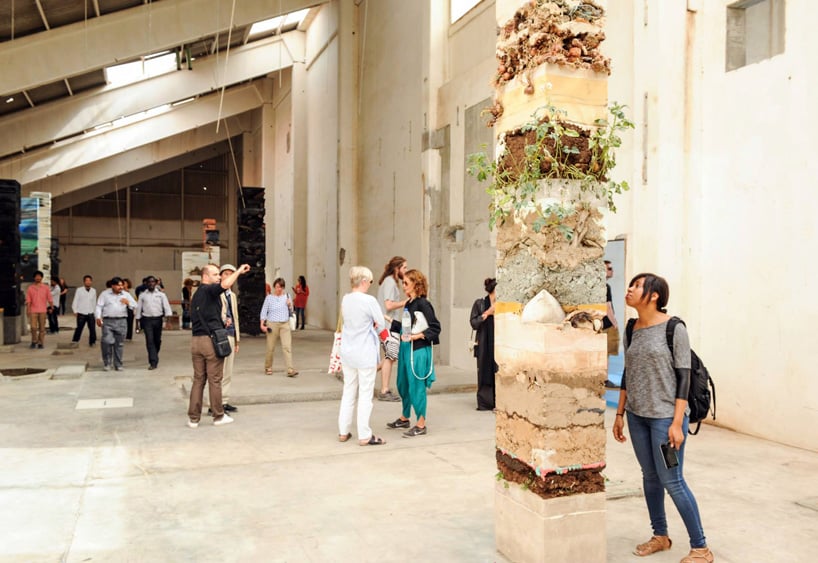 each tower is made of various natural and organic materials 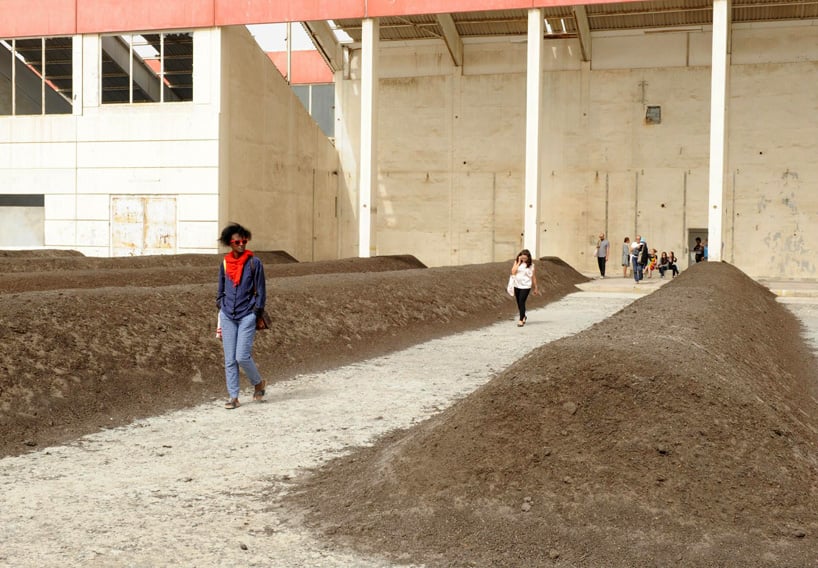 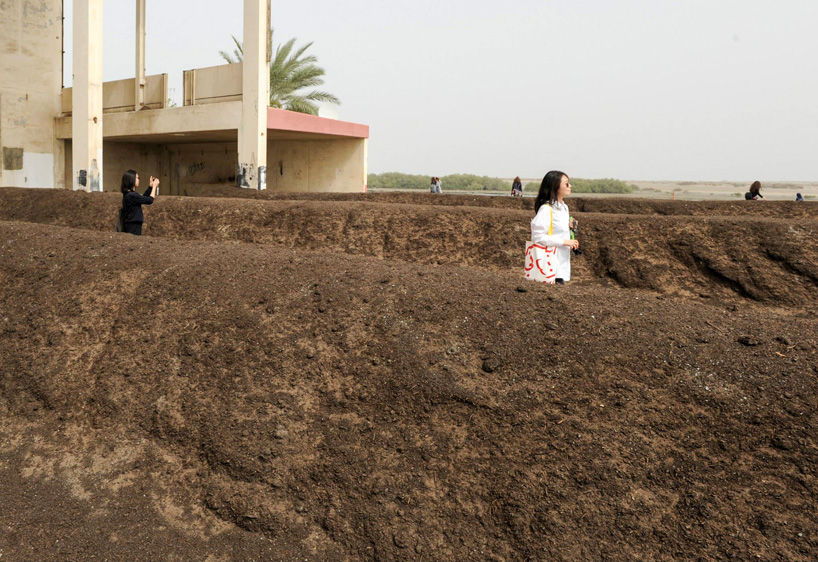 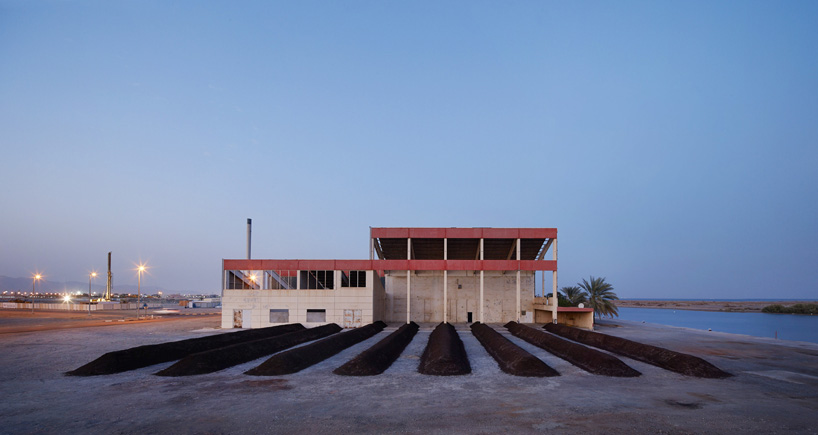 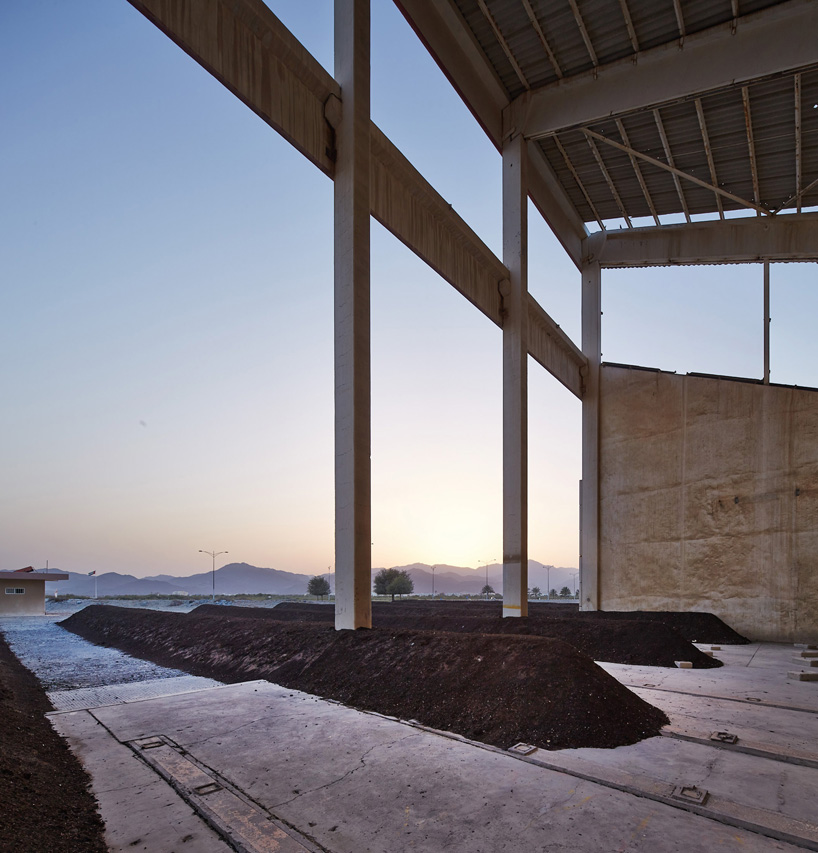 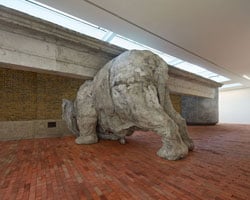