the historic flour mill-turned-faena arts center in buenos aires hosts a site-specific exhibition by argentinean artist agustina woodgate beginning may 20, 2014. ‘GPS / poetic social geometry’ will expel from the confines of the space’s cathedral room, with performances and interventions in the public spaces surrounding the installation. woodgate’s sculptural forms often combine research into the site of its installment with collaborative event-based projects that focus on the interplay between humans and their environment at both macro and micro levels. combining many disciplines from various backgrounds, visitors will encounter ordinary objects worn down or altered to the point of being intriguingly unrecognizable. 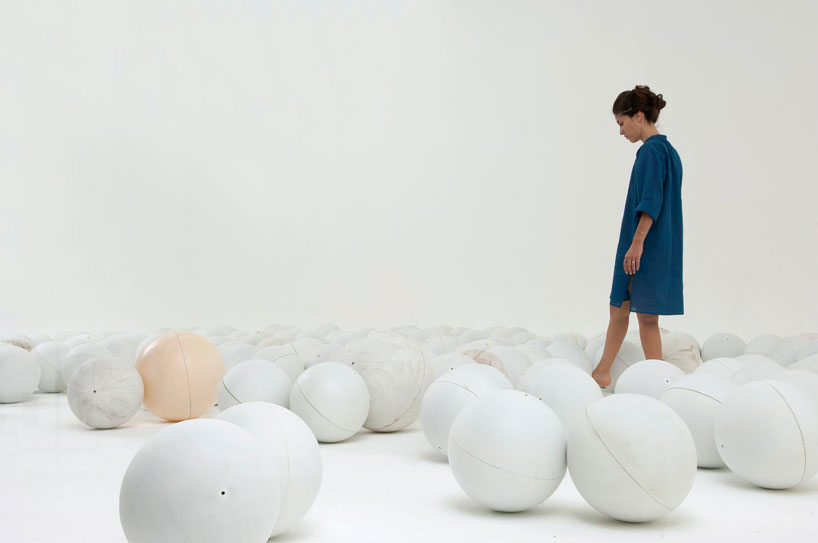 the mass of spheres that pervade the space are classroom-type globes, worn away to the point of losing all previous meaning or graphic information. woodgate’s objects and actions open up into an outer world which the artist ultimately hands control of the work to. this multiplies the tensions between each of the works and the center that houses them, between the works themselves and the spectators; one pulling inward, the other striving to break out. 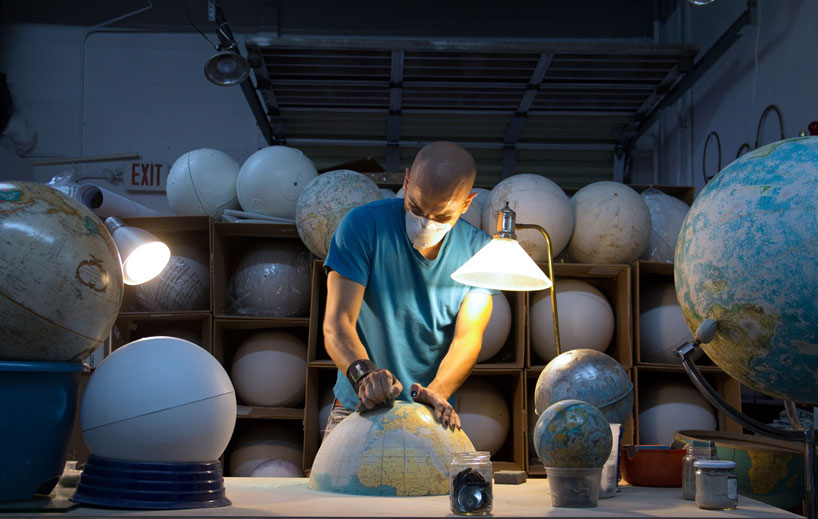 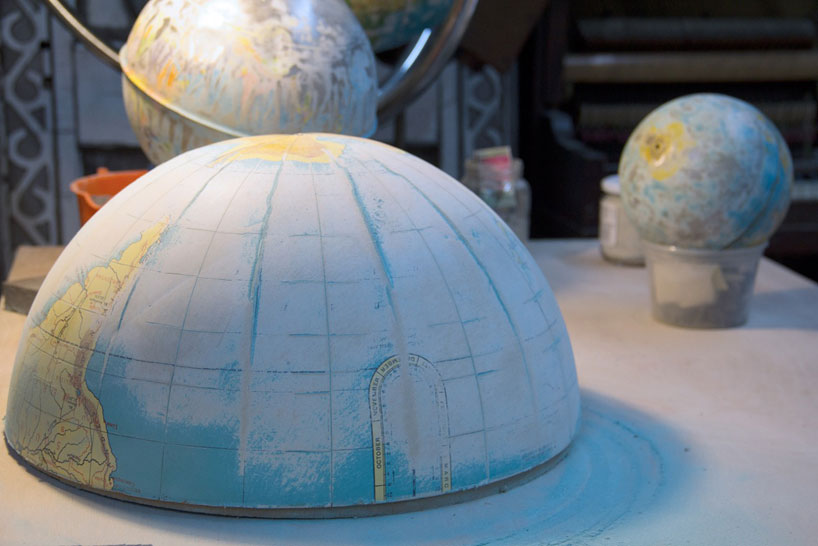 the globes will be scratched away to an unrecognizable state 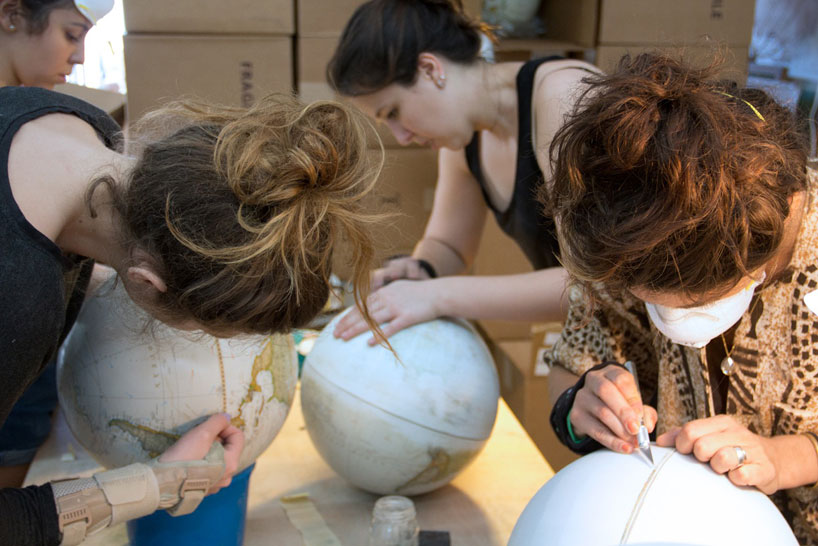 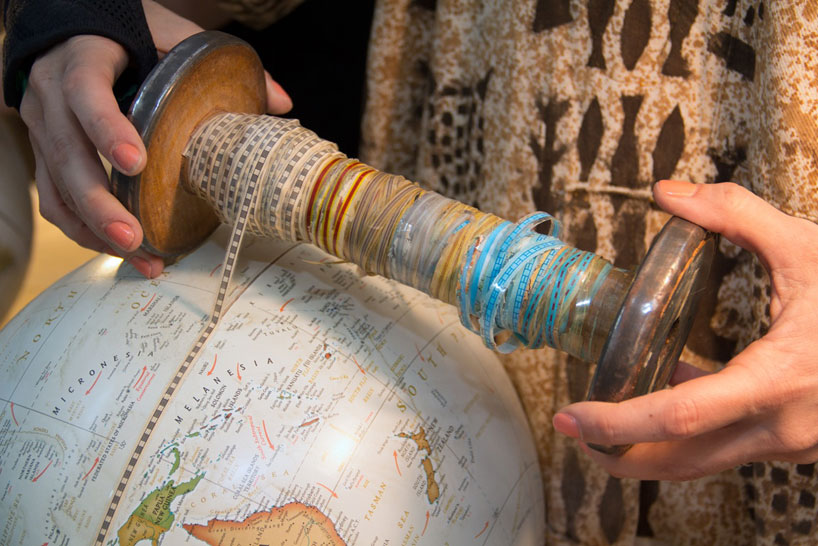 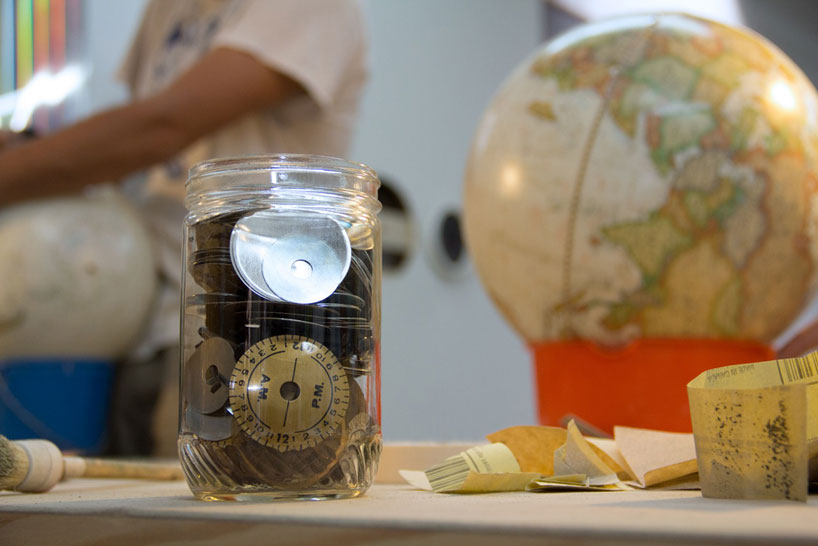 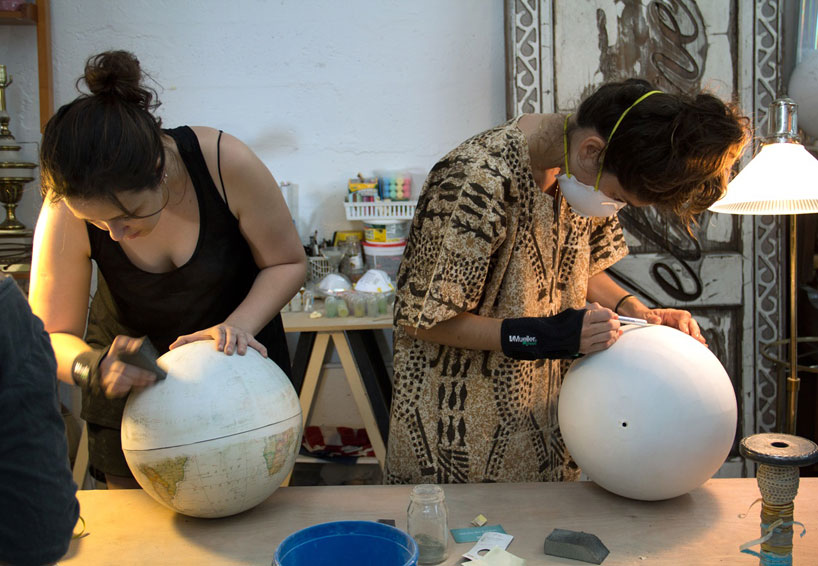 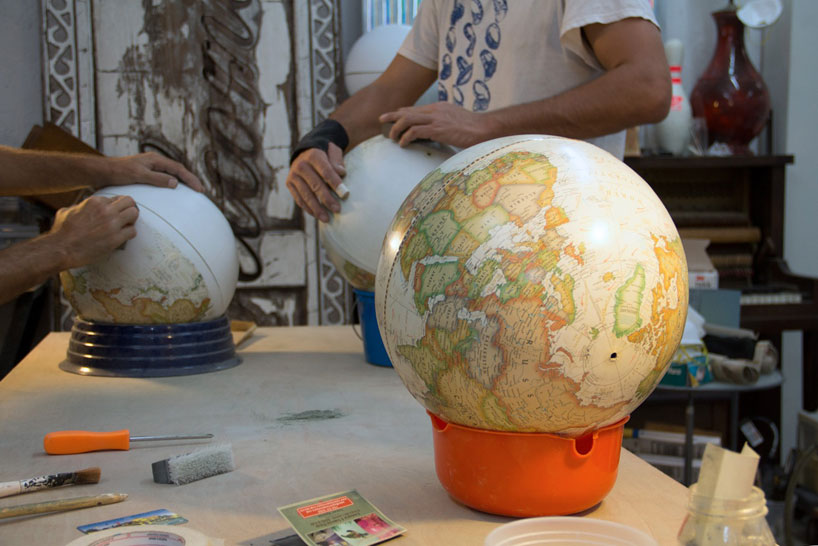 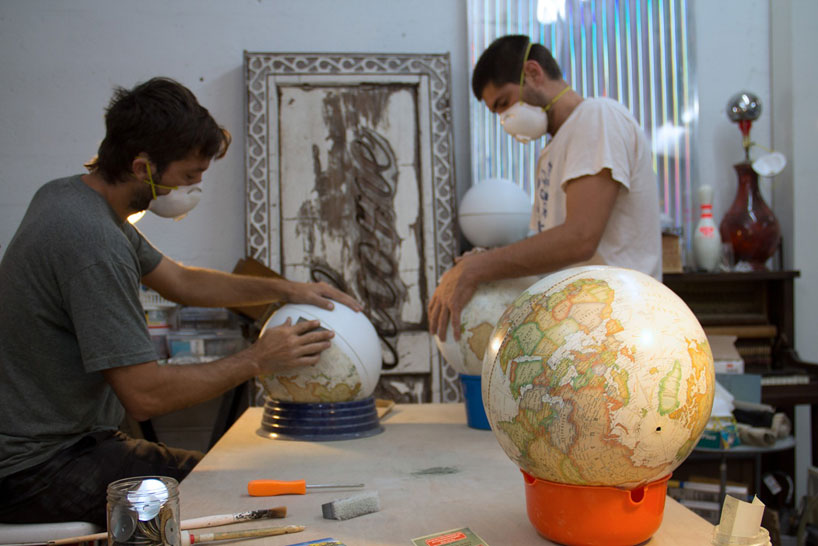 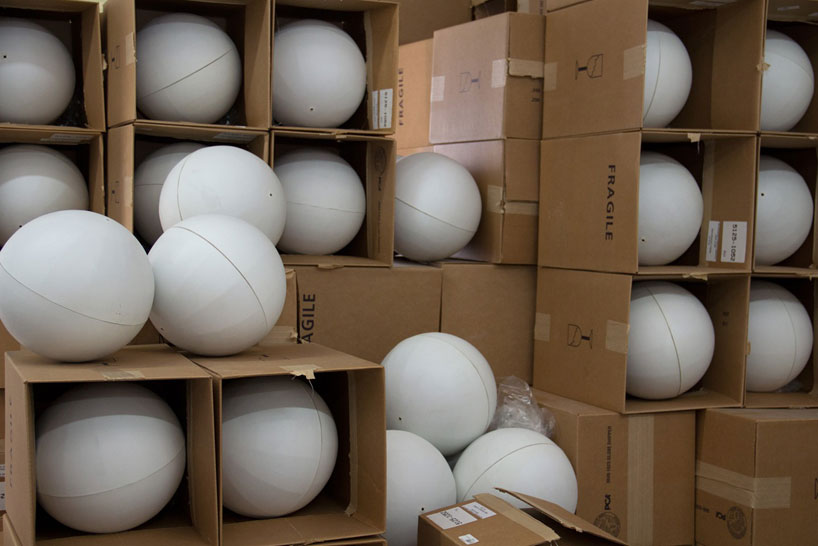 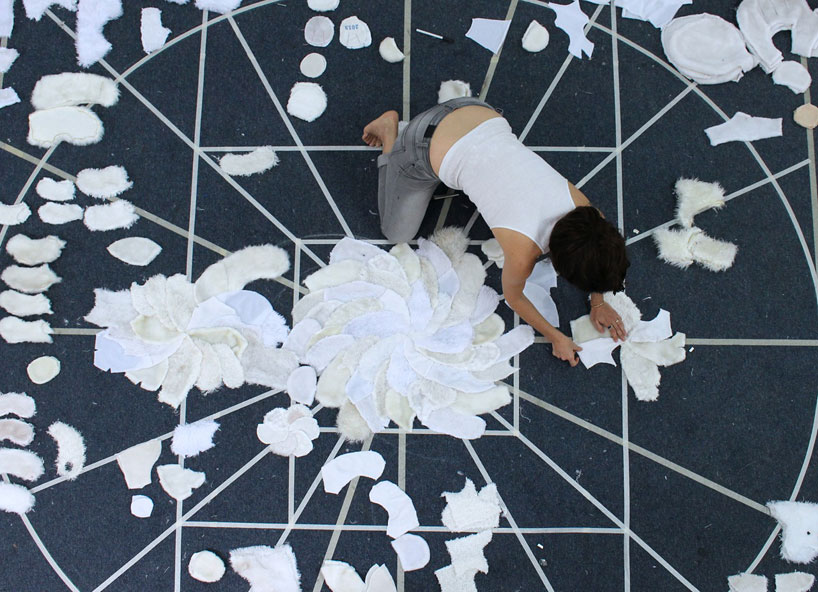 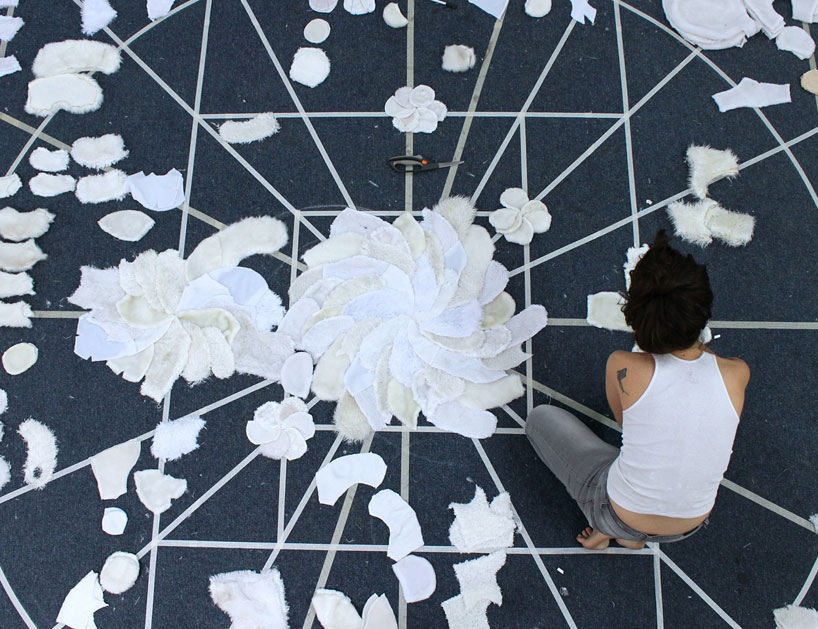 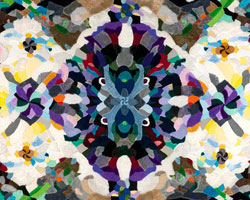