‘ahimsa’ (‘do no harm’ in hindu and buddhist tradition) by constantine zlatev is a kinetic artwork that pays tribute to nonviolent resistance and the inspiring persons whose work and actions exemplify these principles. made out of a decommissioned smith & wesson revolver, the installation functions as an automated slide projector. 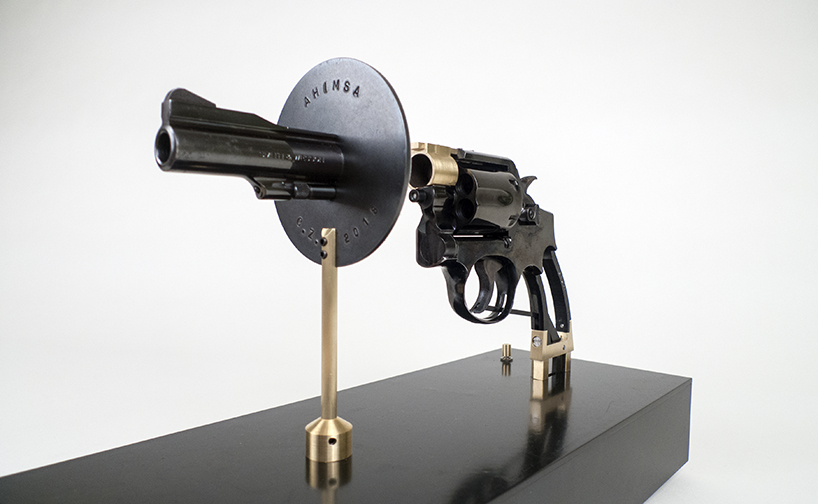 ahimsa — respect for all living things and avoidance of violence and harm toward others, whether in deeds, words, thoughts or intentions 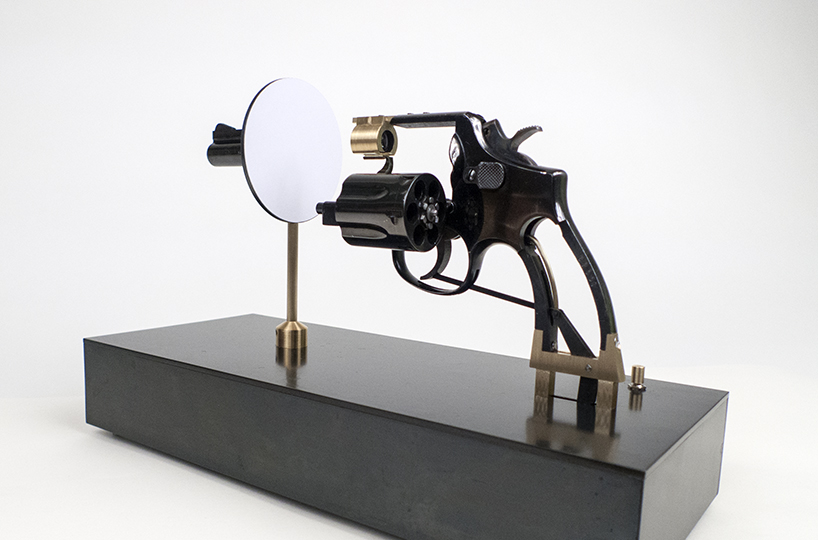 a round steel plate becomes the projector’s screen

ursula franklin (1921– 2016) — a german-canadian scientist, pacifist and feminist, whose research helped end atmospheric nuclear testing. she wrote and spoke extensively about the futility of war and the connection between peace and social justice.

eric bogle (born 1944) — a scottish folk singer-songwriter, settled in australia. several of bogle’s most famous songs tell of the futility or loss of war. prominent among these is ‘and the band played waltzing matilda’ (1971), and ‘no man’s land’ (1976). others based on similar themes include ‘my youngest son came home today’ (1983) and ‘as if he knows’ (2001).

muhammad ali (1942 – 2016) — an american professional heavyweight boxer, philanthropist & activist. widely considered one of the greatest athletes of all time, ali’s actions as a conscientious objector to the vietnam war made him an icon in the antiwar & civil rights movements. 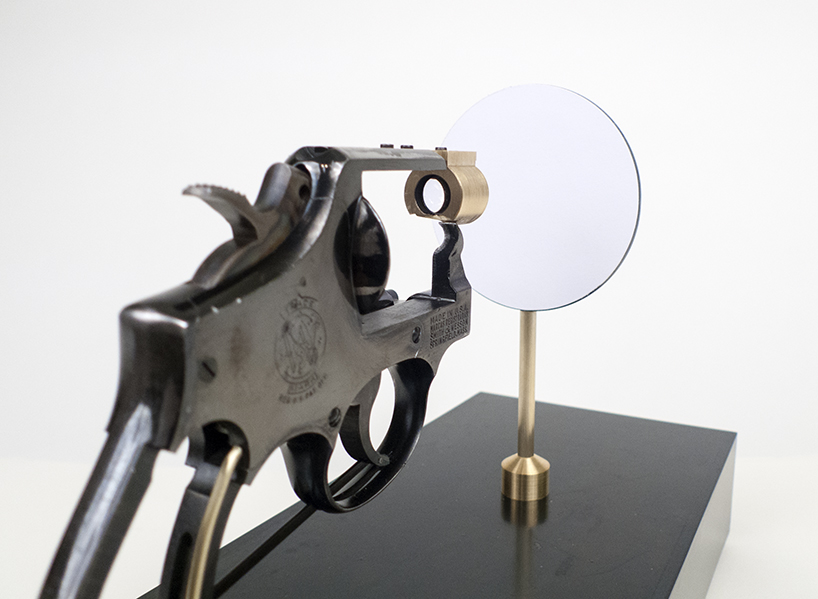 a small adjustable lens focuses the images onto the screen 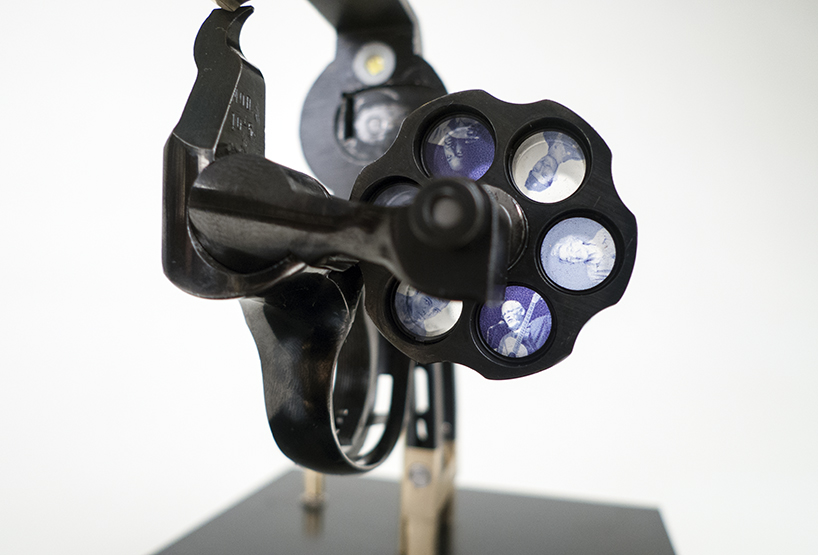 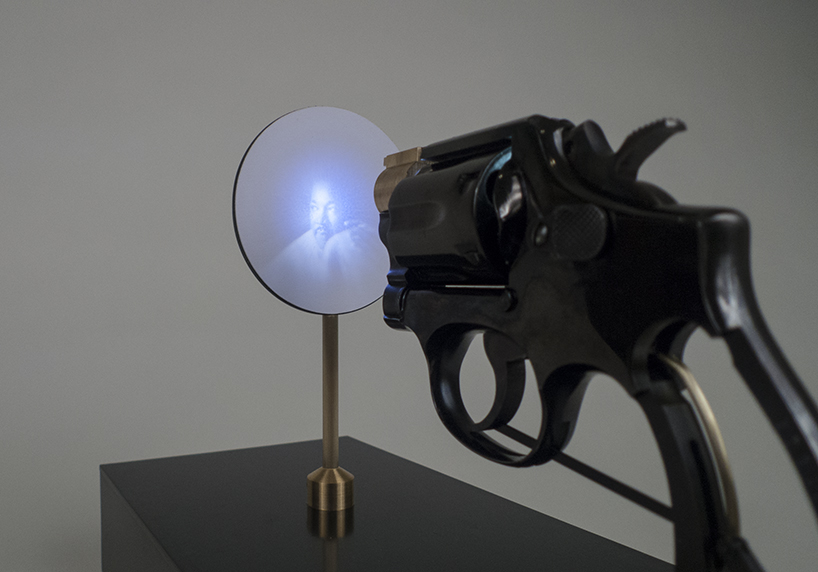 image of MLK jr. projected onto the screen 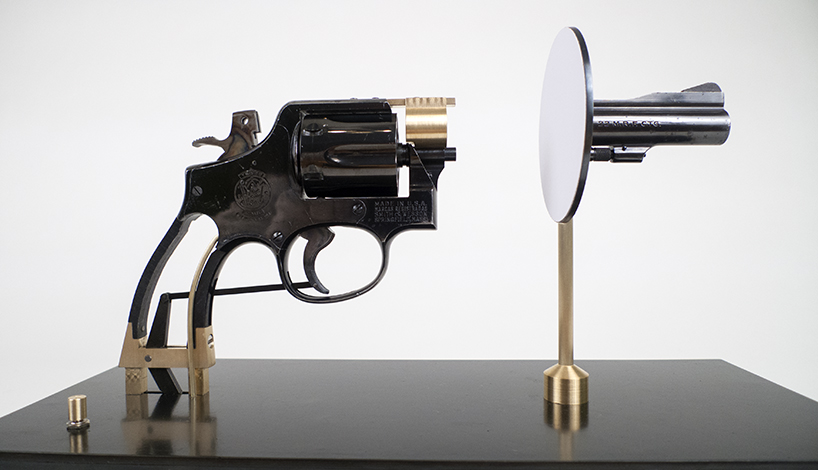 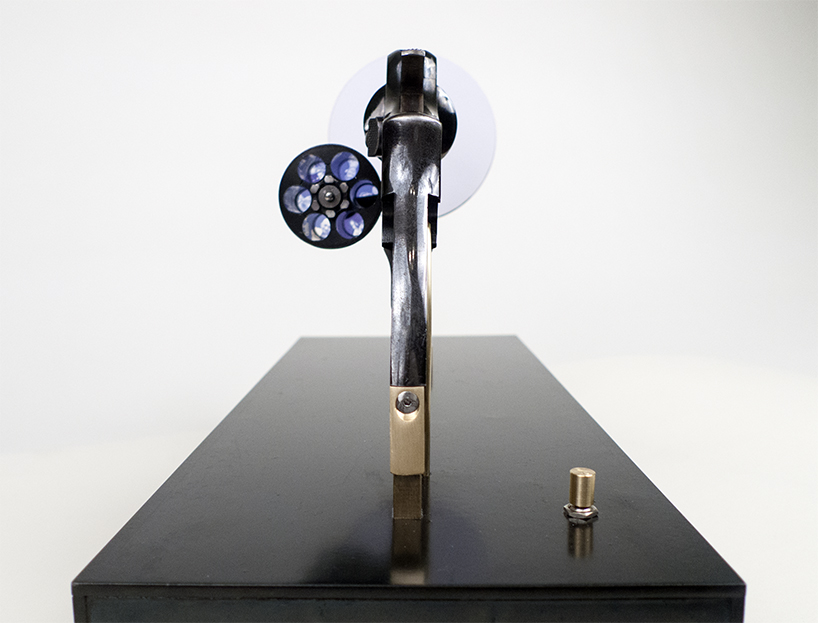 the revolving cylinder holds 6 slides, with each activation, the installation goes through a full cycle of 6 images

created for: the art of peace program

produced by: the robby poblete foundation in collaboration with united playaz

May 22, 2022
vibrant lifeguard towers leap off the pages of tommy kwak's miami photobook
set against minimalist beachy backdrops, the colorful towers become characters, each with its own personality and flair.
art
310 shares
readers
connections: +430