ahmed askalany is one of egypt’s most original younger generation artists. he was born in 1978 in a nubian village in southern egypt (nagi hammad in the governatorate of qena) and moved to cairo in 1995.

made of palm leaves woven with an ancient craft technique that has always been used in the villages to make baskets and ‘poor’ objects, his work eschews the lofty prerogatives of sculpture. it maintains traditional plastic forms, the sense of modelling, of volume and of representation. subjects typical of this young artist are animals or human figures, which acquire an embalmed, mummified look from his use of woven leaves. yet askalany’s particular skill is in his unerring ability to capture his subjects in an always profoundly natural, ‘real’ moment, gesture or attitude and stage them with frank candour and, sometimes, merciless irony. 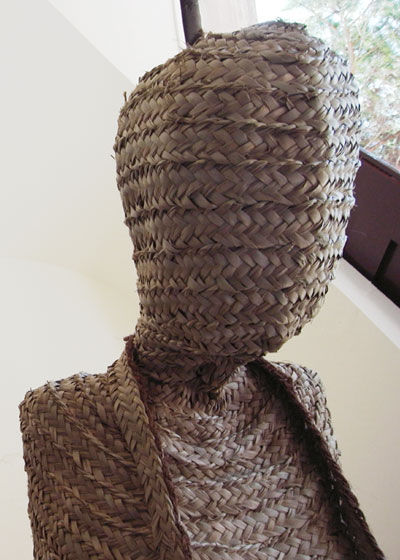 May 22, 2022
vibrant lifeguard towers leap off the pages of tommy kwak's miami photobook
set against minimalist beachy backdrops, the colorful towers become characters, each with its own personality and flair.
art
310 shares
readers
connections: +430