chinese conceptual artist, architect, activist, antiques collector, and designer ai weiwei‘s first solo exhibition in italy has opened at lisson gallery in milan. each work has been developed by the artist in either ceramic or marble, calling upon the traditional techniques typical to either medium.

the show is comprised of several well-known earthenware works conceived of by weiwei, created in jingdezhen, a region of china known as the heart of both ancient and modern ceramics manufacturing. the artist’s knowledge of antiques and duplication of authentic objects has helped to inform the pottery works displayed in the gallery space. the porcelain pieces positioned throughout the installation space have been formed by ai weiwei by hand — each modern concept is actualized from ancient pottery techniques, resulting in a seamless critique of the financial value placed on chinese porcelain. 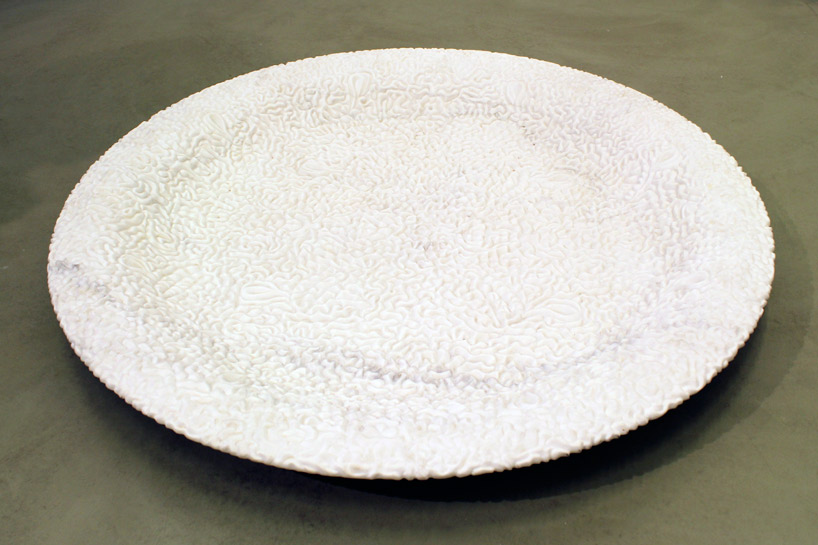 ai weiwei‘s newer work, ‘marble plate’ is representative of the artist’s highly versatile work outside ceramics of which he has carved the natural stone with an intricate pattern. 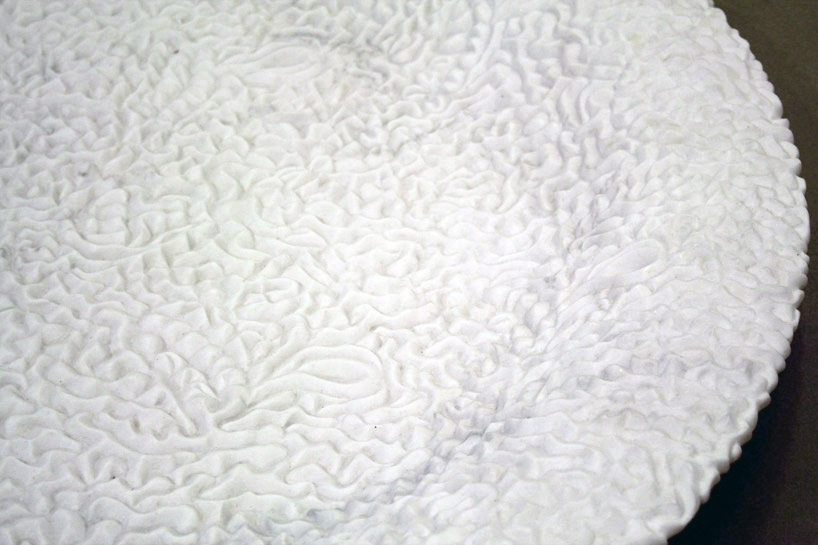 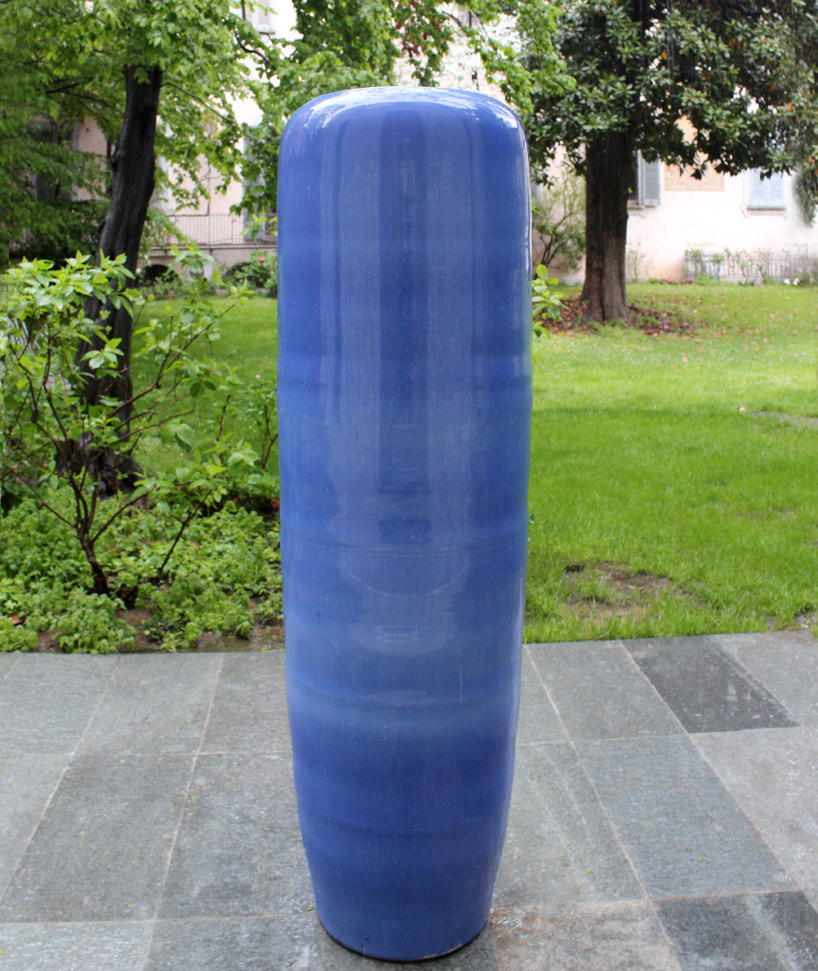 human-scale porcelain vase entitled ‘pillar’ stands at a height of 2.3 meters. the earthenware monument displayed in the garden of lisson gallery is one of sixteen similar pillars weiwei developed in 2006. 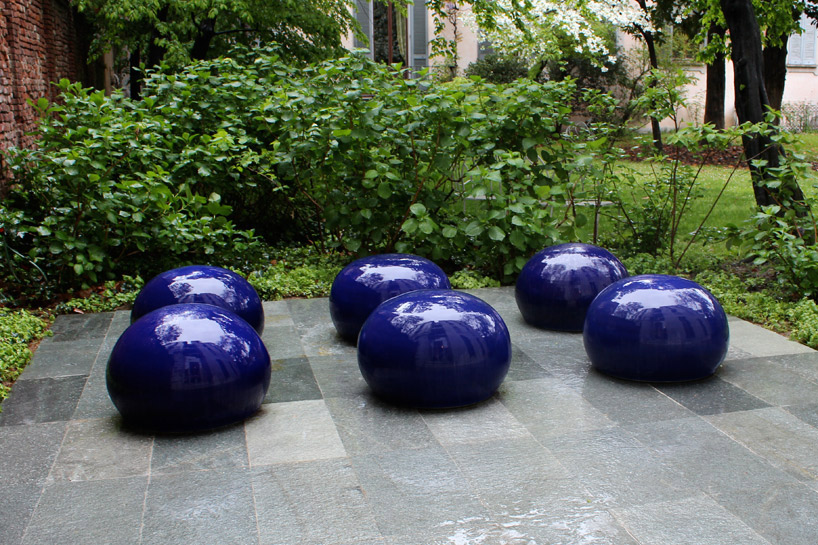 ‘bubble’, displayed in a small grid-like formation in the courtyard of lisson gallery, was first shown in watson island, miami, florida, USA in 2008. the milan installation space shows six components of the one hundred blue porcelain domes which complete the sculpture. 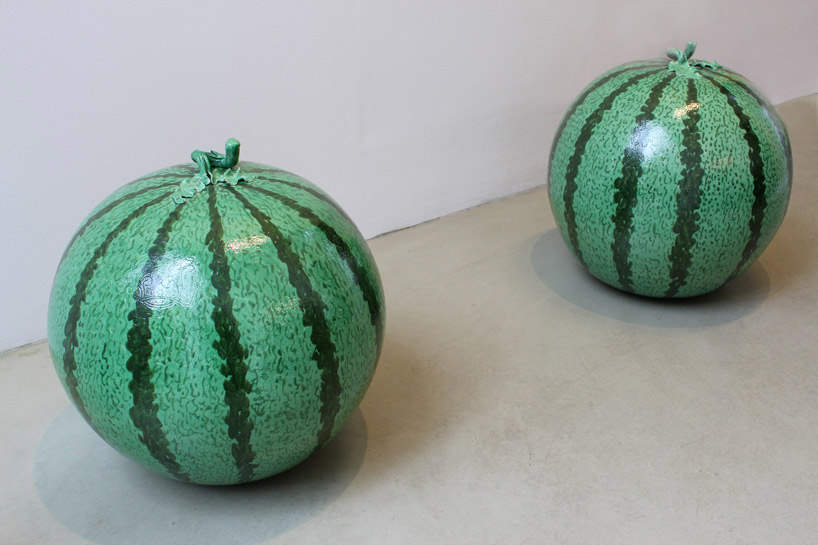 developed in the chinese artistic tradition of mirroring forms found in nature, the two ‘watermelon’ ceramic pieces are realist manifestations of this organic and commonplace object. 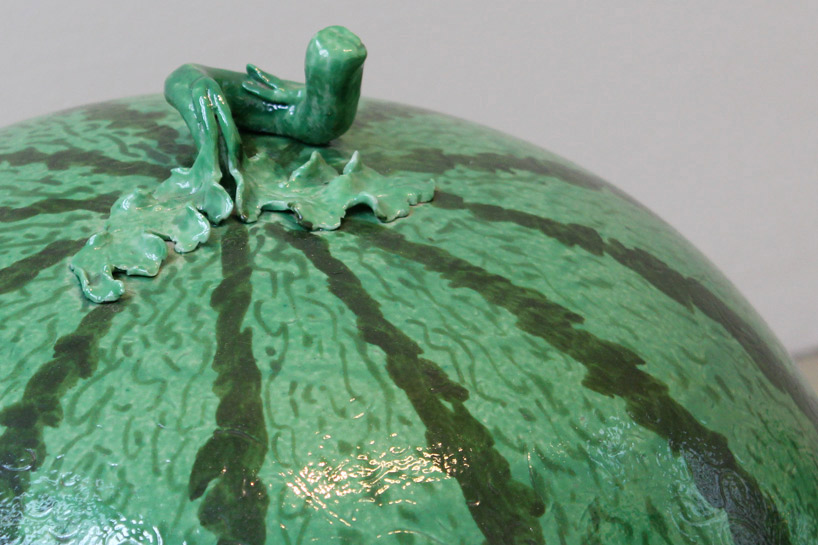 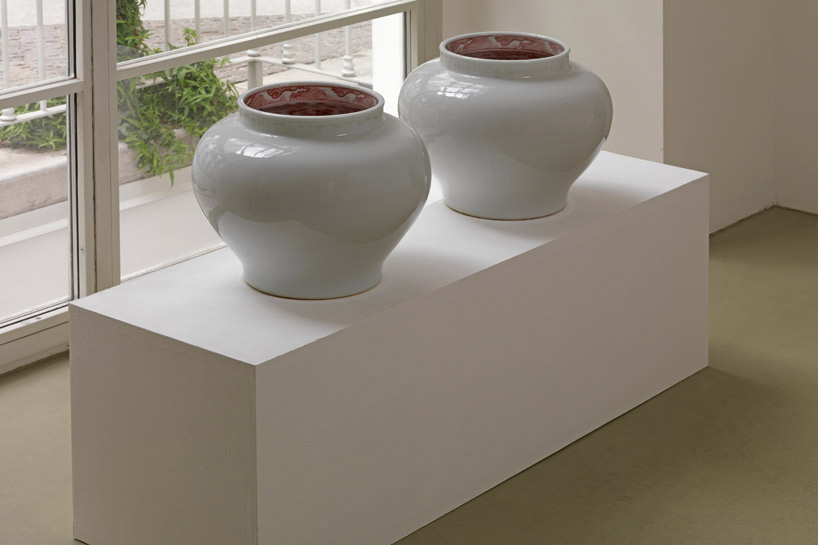 ‘ghost gu’ was developed as part of a continued investigation of antique porcelain works from the yuan period (1279-1368). where authentic jars from this time were formed in such a way that exterior surface of the vessel told a story around its circumference, weiwei opts instead to picture these historical tales on the interior of the vase, making the value of the pieces only observed upon further examination. 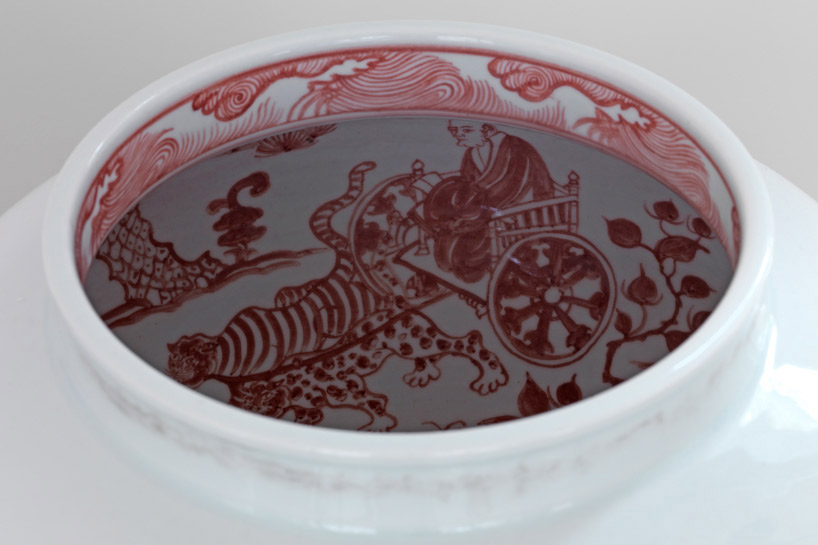 ai weiwei is showing at the lisson gallery, milan, italy april 12th until may 25th, 2012