at the centerpiece of the exhibition is ‘stools’, an installation amassed of over 6,000 wooden stools from ming and qing dynasties and the republican period, which have been gathered from villages across northern china. a basic household staple, each seat reveals traces of use and wear-and-tear, with their solid, simple structure that speaks to an unchanged design language for hundreds of years. ‘stools’ forms a surface, a sheet of wooden matter, by connecting individual pieces together and covers the tile floor of martin gropius-bau’s atrium. 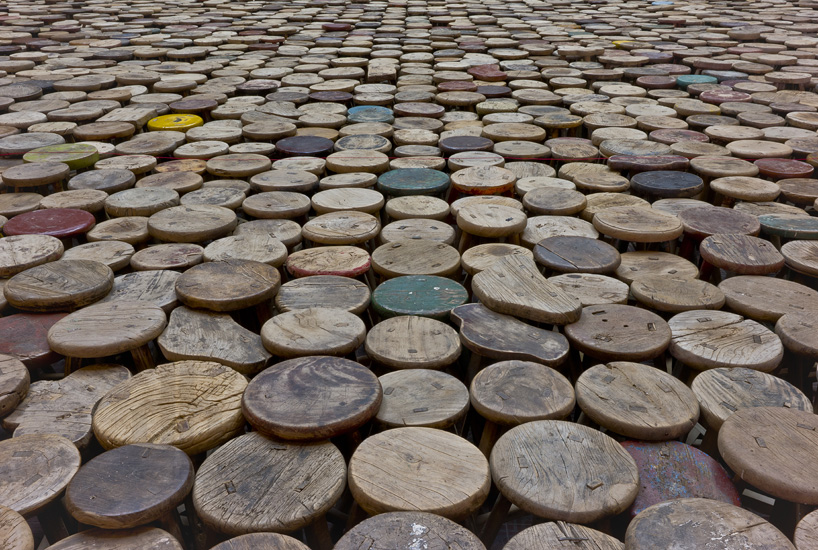 ‘souvenir from shanghai’ is deeply embedded in personal and political history. the installation is made from materials from a site in malu town, jiading district, where ai weiwei was invited by district authorities in shanghai to build a studio. however, just as construction was completed, he was informed that the building would be destroyed, a chastening for his increasingly outspoken criticism of the government. pieces from the ground were collected and reappropriated into the sculptural work. 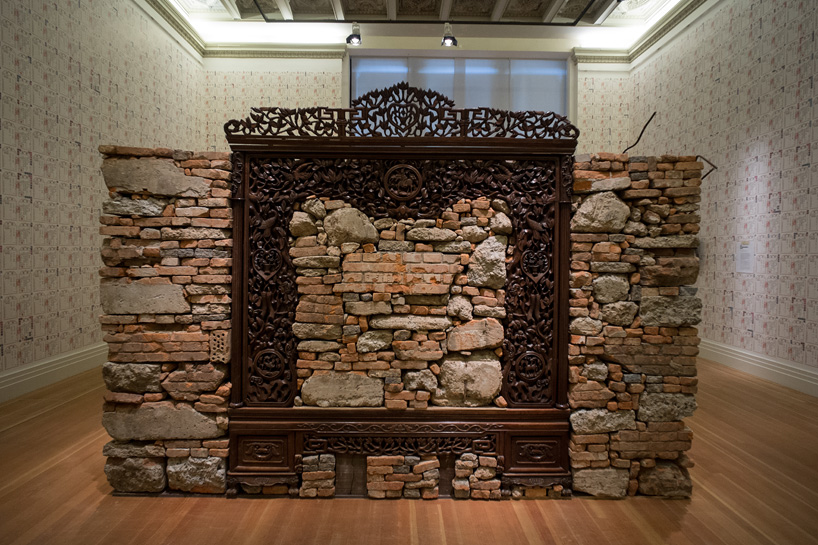 from the colored vases series, ai weiwei covers eight neolithic vases in metallic auto paint. their smooth and pristinely reflective surfaces obscure the luster and texture of the ancient vases concealed below. solid colors from the standard chromatic palette used on mercedes-benz and BMW automobiles, and the lust for power they symbolize in chinese markets, create an interesting contrast with the form of the historic pieces. the addition of surface paint both disrupts and preserves the original, and asks us to consider how we determine the real significance of history and civilization.

the diaoyu islands are the backdrop for an intense ongoing territorial dispute that has stirred patriotic fervor in both china and japan. the carved marble work takes the namesake of the small archipelago, and conceptualizes the geopolitical debate into a cartoonish mass. the monumentality of the installation continues ai weiwei’s investigations of scale, material, and transforming reality into a tangible experience. 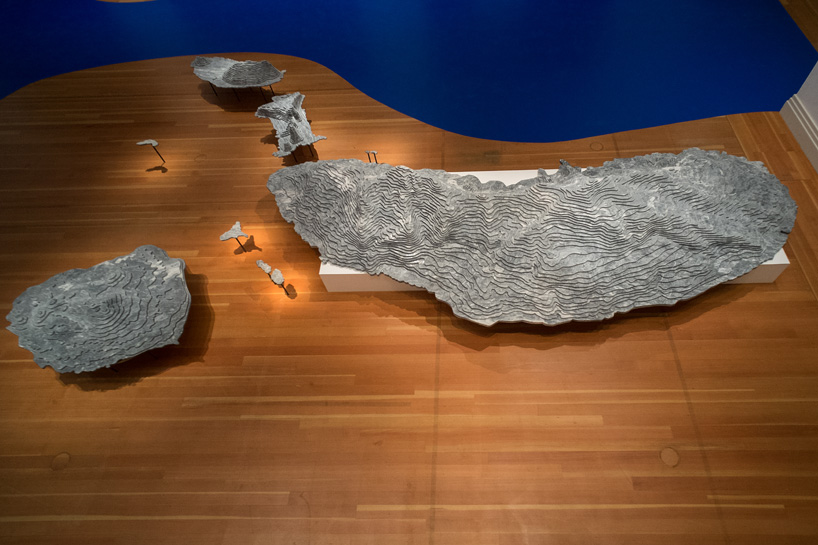 watch: ai weiwei runs on a treadmill julian assange gave him in defence of press freedom