its four parts comprise an allegorical whole; the major themes include constructed realities, the questioning of cultural authority, myth and science, and the transformative power of the artist. 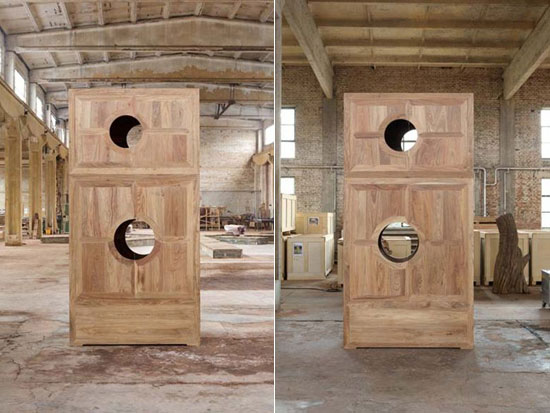 the moon chests series is executed according to a mathematical formula that permits for 81 unique permutations; each cabinet has four apertures that mimic the stages of a lunar eclipse. the chests are constructed from huali wood, an extremely dense and resilient wood that is often used in making chinese furniture, and assembled with expert joinery methods utilizing no nails or screws. in stark contrast to the immense finery of the works’ construction is the eclipses’ immaterial nature, raised to life by light, shadow, and the shifting position of the viewer. 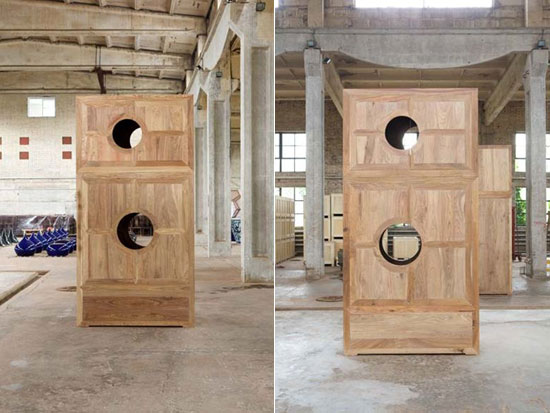 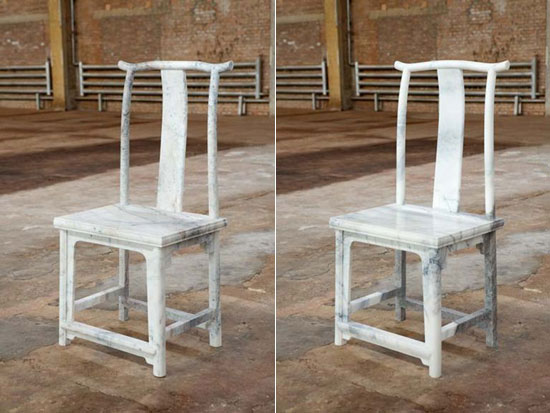 each work in the marble chairs series weighs a hefty 55 kilograms and is carved from a single block of beautifully striated white marble — rendering a misty, grey landscape within the confines of the classical forms of ming and qing dynasty chairs. 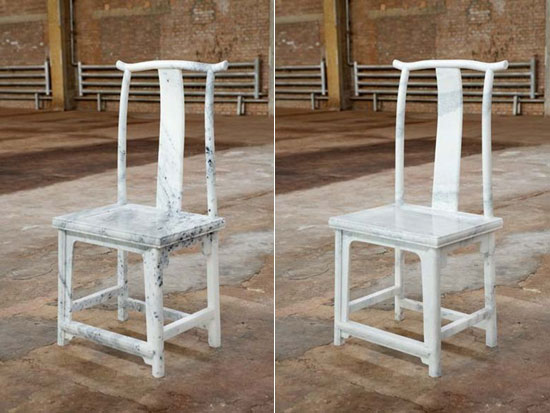 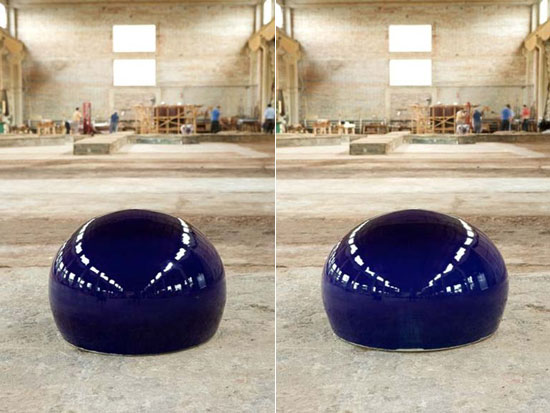 100 bubbles were shown on watson island as part of the art projects exhibition at art basel miami beach 2008. the bubbles are created in jingdezhen, the chinese city with an illustrious 1800-year history of ceramic production which at one point was the source of all imperial porcelain for the emperor zhenzhong’s court (1004-1007). 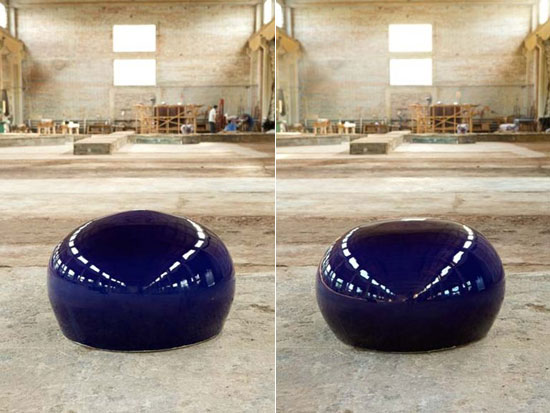 the furniture series presents new works by the artist in his ongoing exploration of ming and qing dynasty furniture. 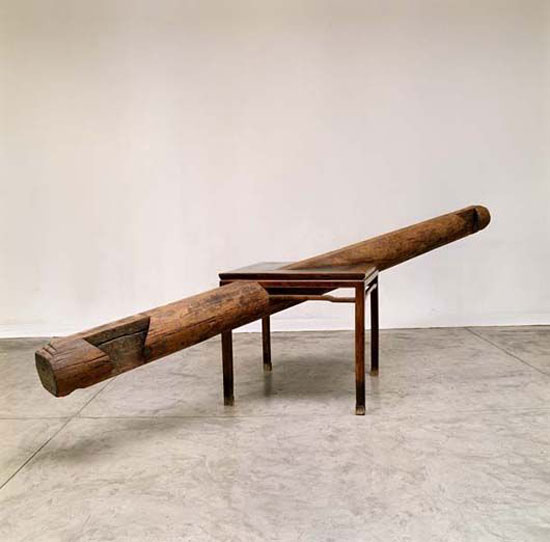