galleria continua presents the first solo show by ai weiwei within its san gimignano gallery space. comprised of the chinese contemporary artist’s sculptures, video and photographic works, the exhibition emphasizes his indifference to his chinese culture and traditions, displaying his ability to project himself into modernity, within an unflagging social and political awareness. 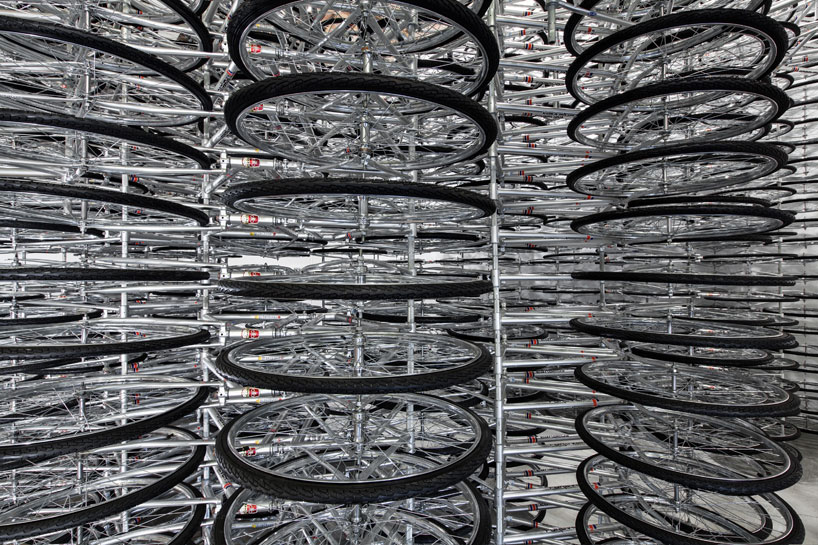 hundreds of bikes are systematically stacked by ai weiwei all images © the artist, courtesy of galleria continua

one of the most outstanding pieces displayed is a walk-around installation composed of 760 bicycles, presented on the main stage of the gallery. a continuation of the controversial creative’s 2008 work ‘very yao’, ‘stacked’ brings to light the principal means of transportation in his native country. the two-wheelers he has employed in this work are all produced by ‘forever’ (yong jiu pai), china’s most common bicycle brand. as one experiences the hundreds of systematically arranged bikes, ai weiwei’s exploration of mass manufacturing becomes evident, the chain and sprocket mechanisms in a way depictions of the matrix of people which makes up the labour force. the piece can be interpreted as an activation of a process of abstraction, as a whole, seen as a metaphor of the fabrication of china. the self-titled exhibition is on show until february 16th, 2013. 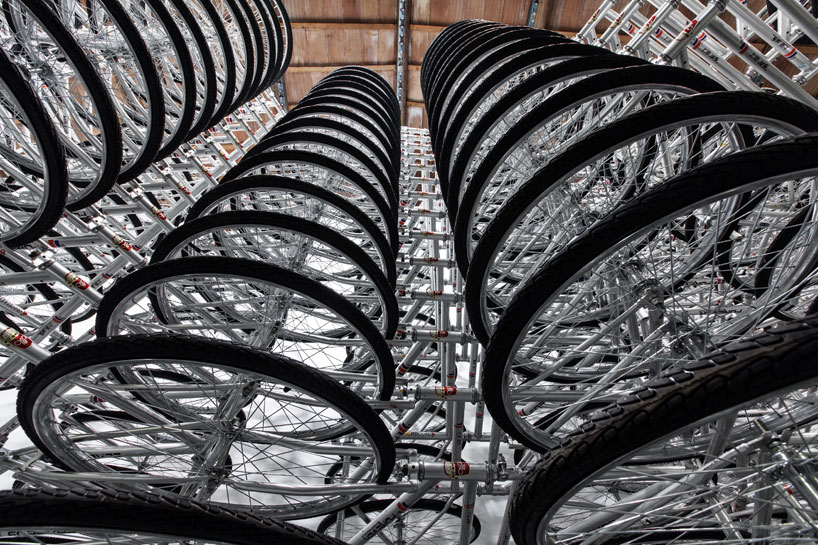 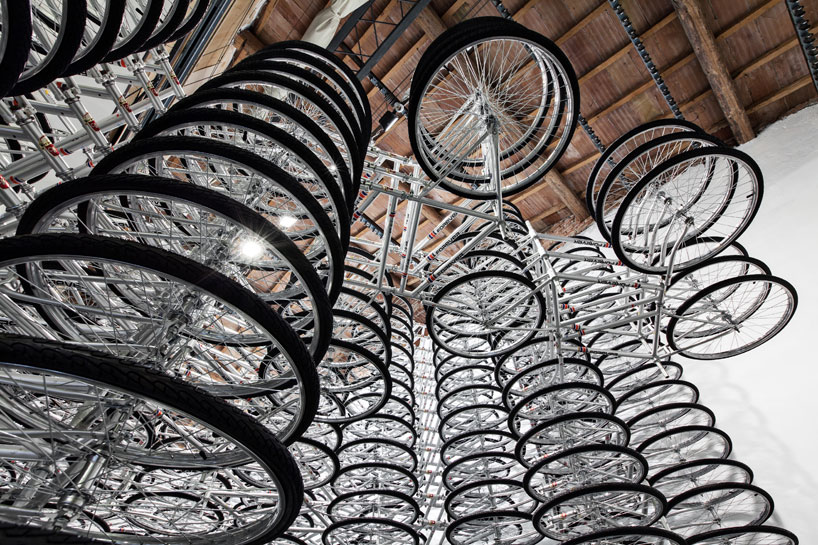 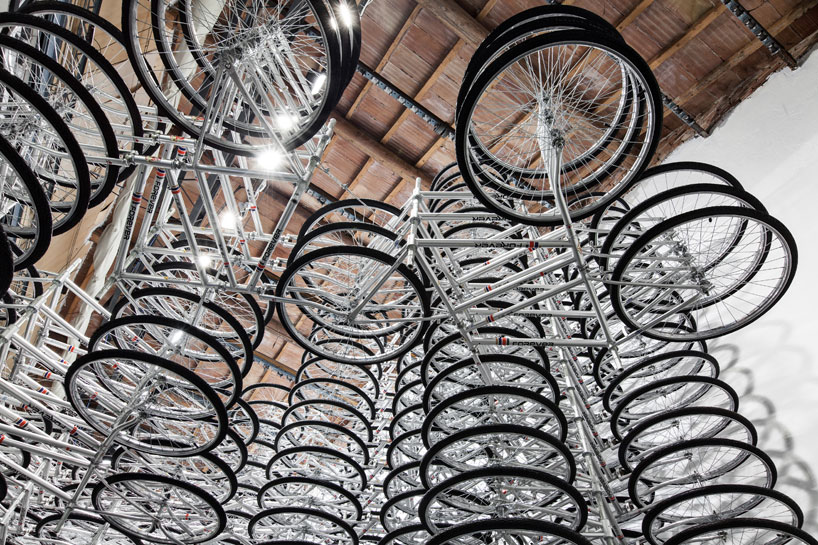 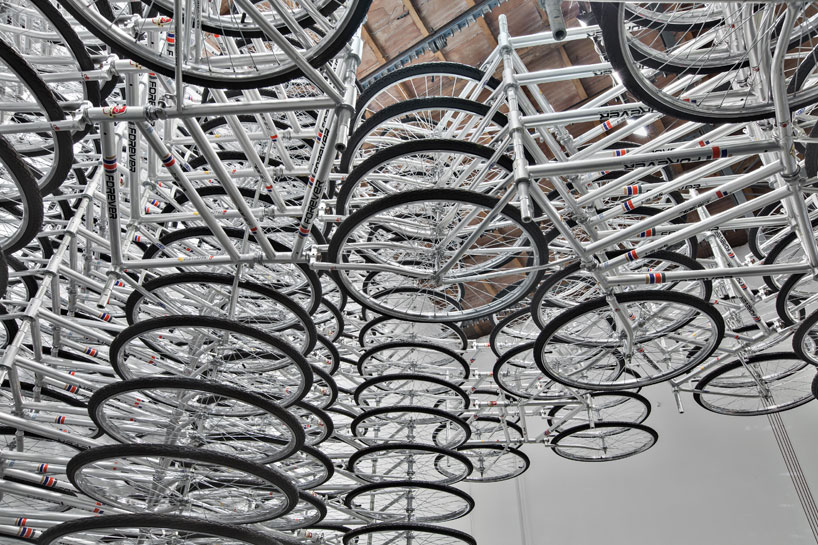 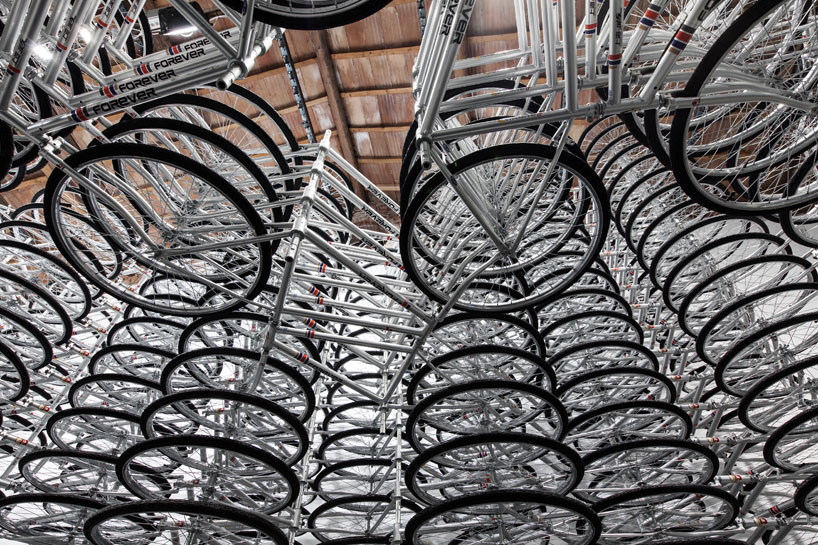 the artist has employed 760 bikes produced by ‘forever’, china’s most common bicycle brand 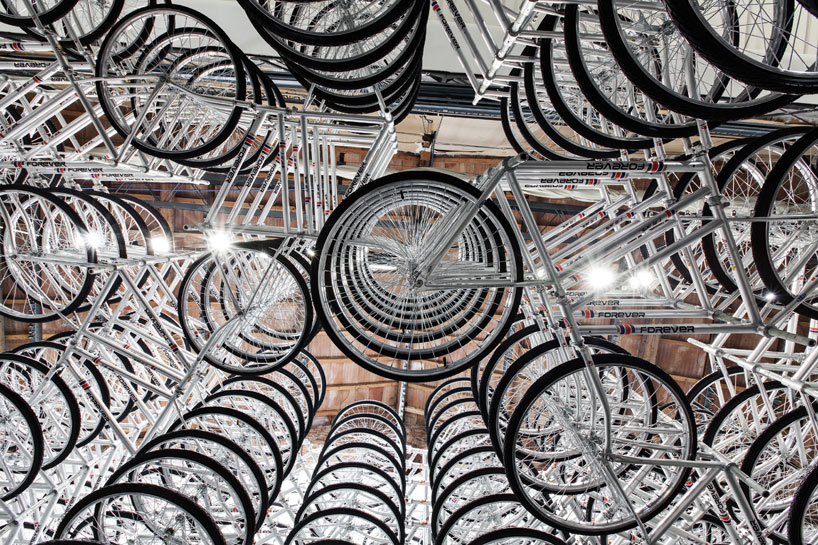 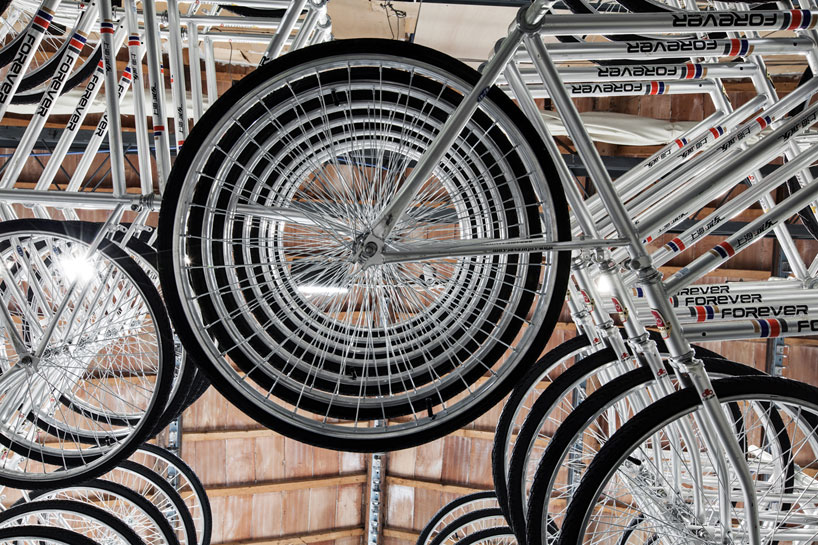 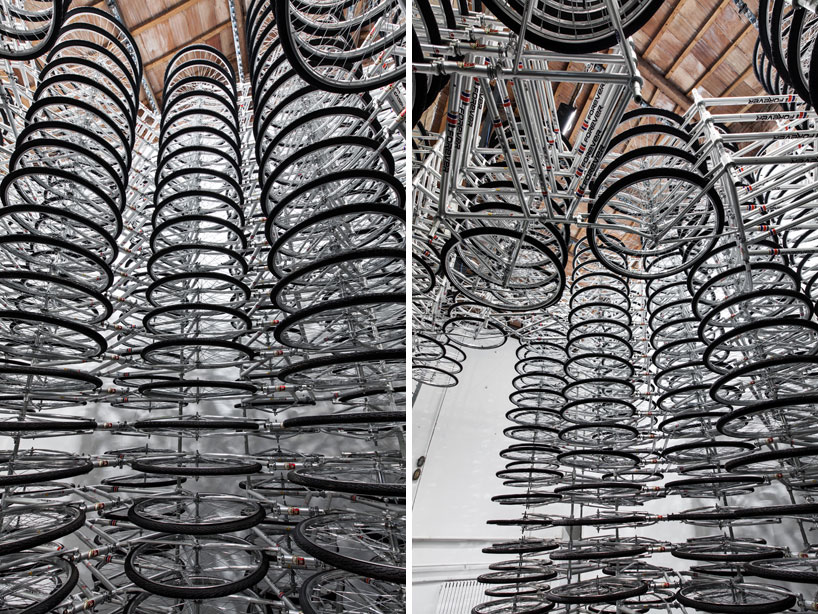 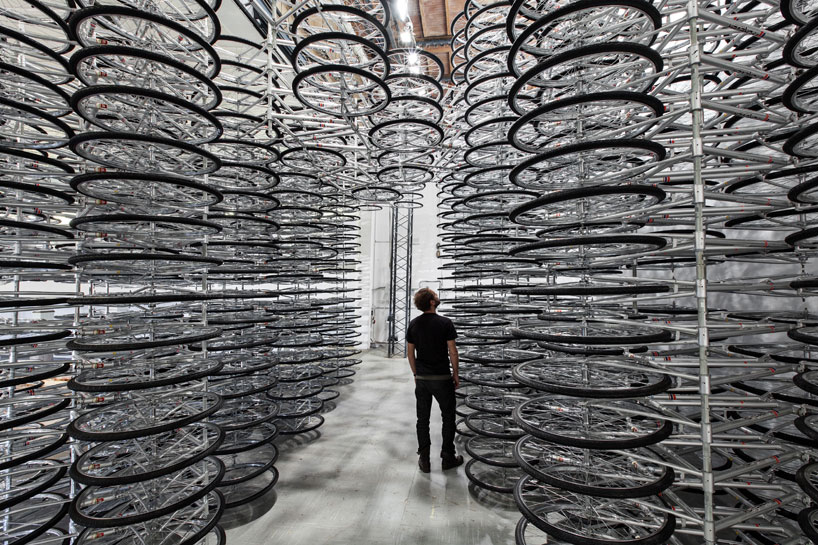 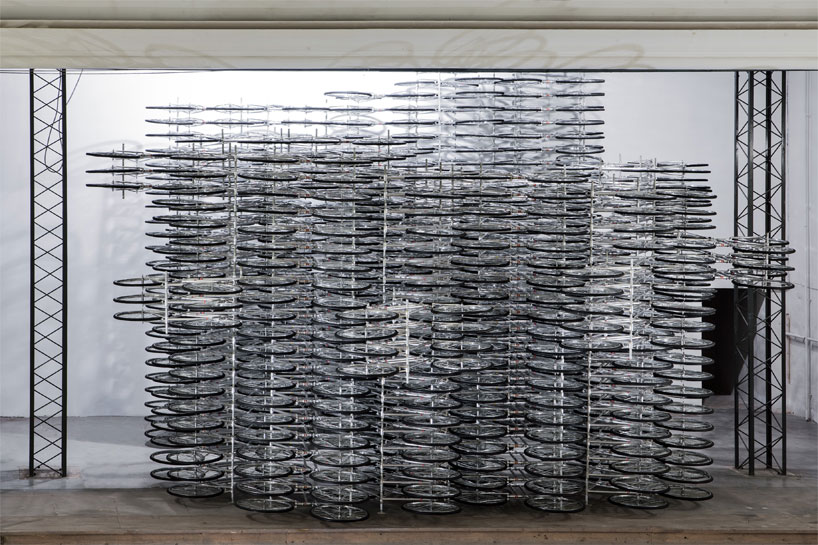 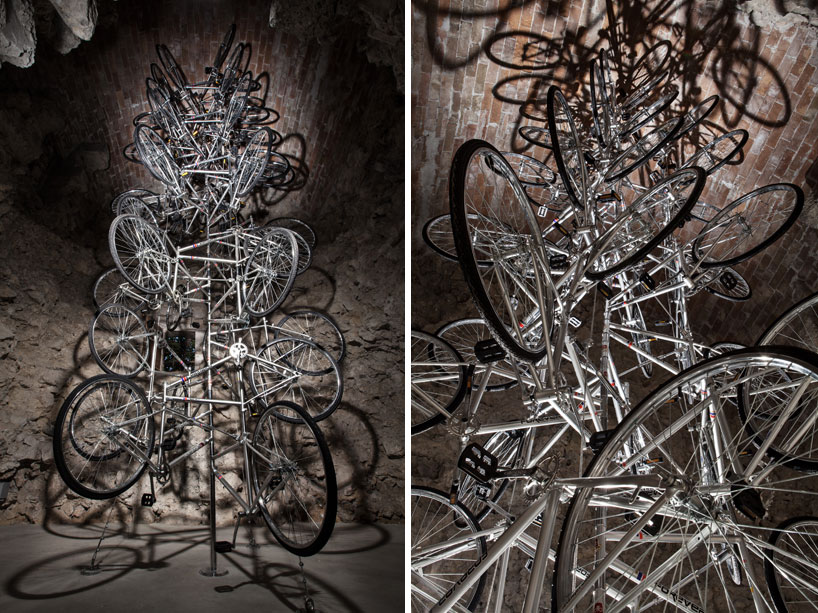 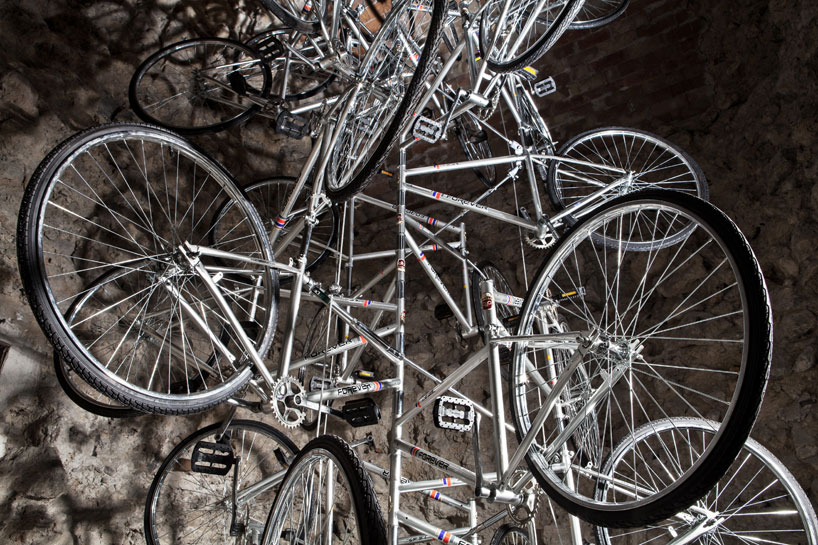 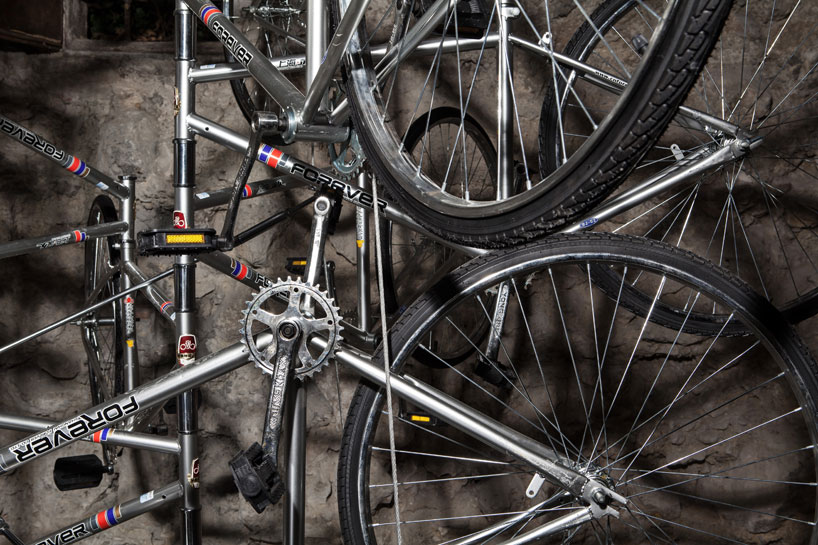