an ai weiwei vase worth 1 million USD has been destroyed by dominican-born maximo caminero. the culprit, based in miami, has been arrested for intentionally destroying one of the ‘colored vases’ created by ai weiwei. the 2,000 year old ceramics are currently on exhibit at the perez art museum miami for weiwei’s show ‘according to what?’, which designboom visited back in december. caminero was detained after he picked up one of vibrantly colored vessels and threw it to the floor, smashing it into pieces.

according to the police report, caminero claimed the act was done in spontaneous protest of the museum’s display of only international artists and their lack of support for local ones. he also asserted that he ruined the piece, in part, in homage to ai weiwei himself, who dropped the urns as a performance piece; the photographs of which grace the walls behind the installation of vases. when asked by the miami new times about his knowledge of the work, he said ‘I didn’t know that it was that amount,’ saying he thought it was ‘a common clay pot like you would find at Home Depot, frankly.’ 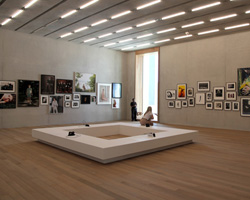 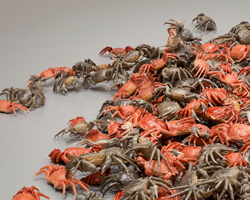 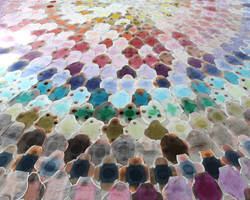