authorities have stayed true to their decision to demolish ai weiwei‘s shanghai studio, located in the northern district of jiading. destruction of the building has begun.

considered one of the most outspoken contemporary chinese artists / activists of our time, ai weiwei’s studio was deemed illegal by the government who said it did not follow the proper building permits, so plans for the building’s demolition were slated.

funnily enough, it was also the government and jiading mayor sun jiwei who originally approached the artist two years ago, inviting him to open a studio space in the chinese city’s agricultural district as part of their plan to develop into a cultural centre of the metropolis, and they had promised to help him acquire the necessary documents to erect the building. 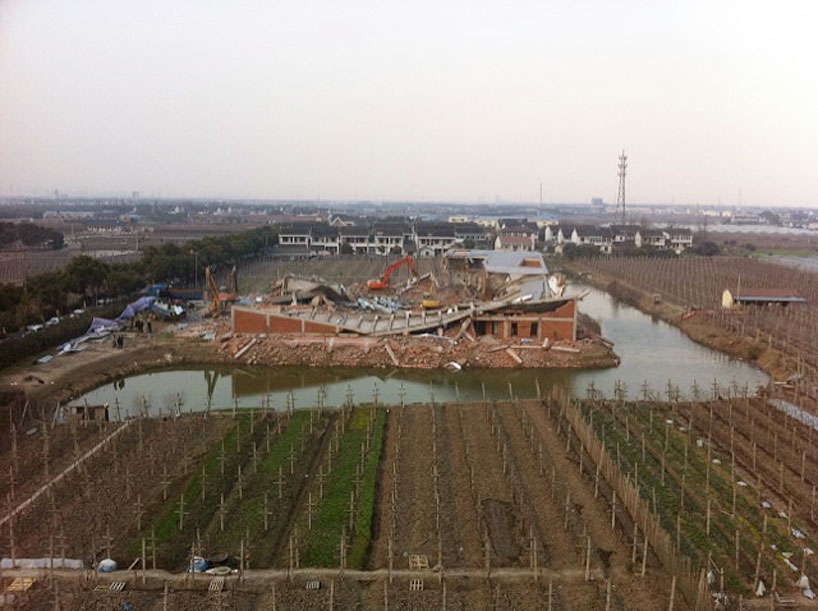 back in november 2010, ai weiwei offered his supporters 10, 000 river crabs as a means of celebrating the government’s order to demolish the structure. crabs as the dish of choice could be considered a bit of a political statement as the chinese name for the river crustaceans sounds like ‘harmonize’, a common figure of speech used by chinese authorities in reference to government censorship. more than 400 followers attended the successful event. 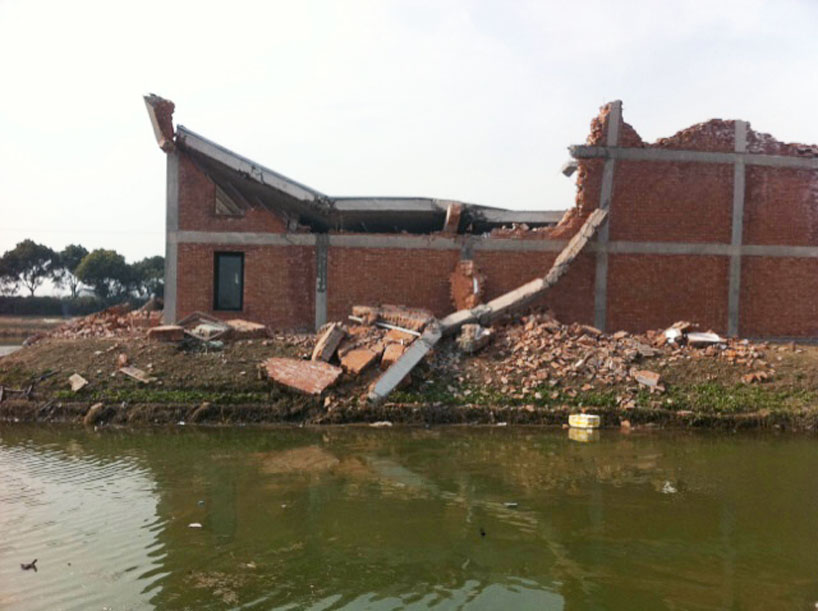 supporters and followers of ai weiwei have been uploading their documentation of the demolition real time. you can view images of the progress here. 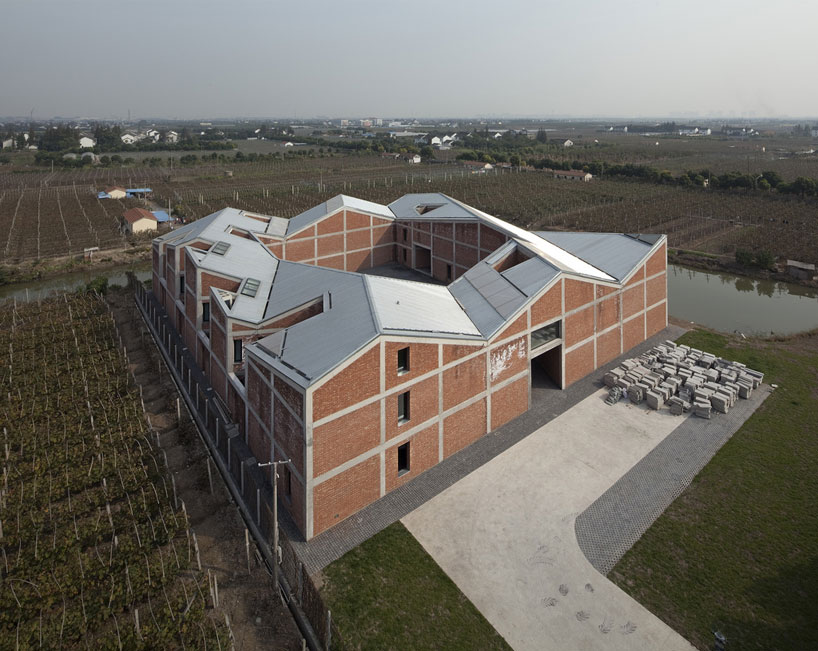 here is a video teaser of the artist at his studio during construction from the upcoming feature-length documentary entitled ‘ai weiwei: never sorry‘, directed by alison klayman.