award-winning london based illustrator rod hunt has created an aids prevention campaign which uses the viral nature of social media to remind individuals of the importance of sexual protection. the campaign titled ‘share the love but protect yourself, even when dating online‘ comprises a playful illustration in hunt’s typical style with a character filled landscape encouraging viewers to explore in finer detail. 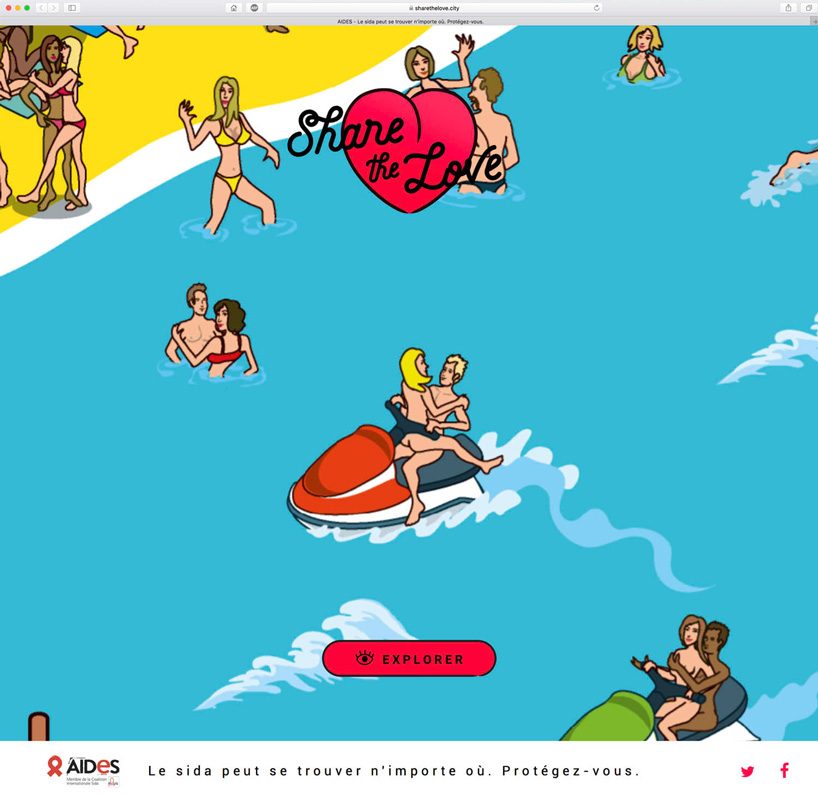 made in collaboration with creative agency TBWA\paris, rod hunt‘s visual campaign – which can be viewed in its entirety at sharethelove.city – is much like a where’s waldo book in the fact that it depicts innumerable amounts of people doing a variety of amusing things at a given location. the colourful scenes in this illustration however, all depict the same thing – partners engaging in some fruity sexual interaction. 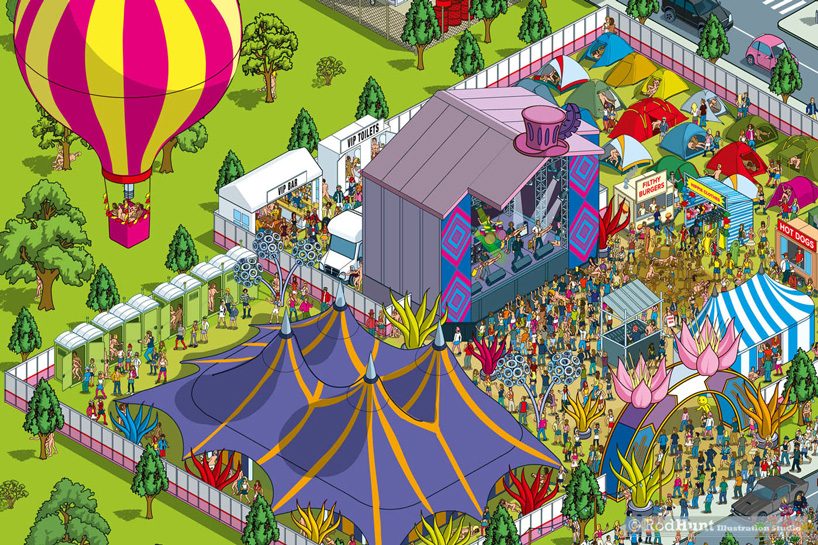 the intention of the campaign is to use the playful nature of couples making love in the city to capture the attention of those on twitter. it started with a few tweets from french personalities such as cristina cordula, a TV star; the brigitte, musicians; and yassine bellatar, a comedic writer. throughout the day, as social engagement with the images steadily increases, a mysterious account under the name henry ian vernon posted enlarged versions of the image until a final image in its entirety is revealed. 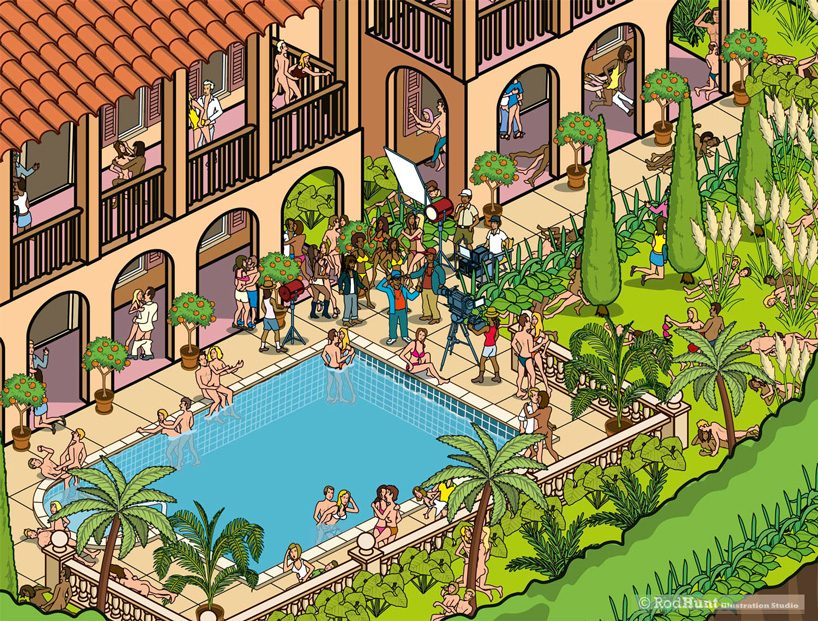 the campaign has been made in collaboration with AIDES, a french community-based non-profit organization which was founded in 1984 by daniel defert, following the death of his partner famous french philosopher michel foucault. by using the quick spreading of information inherent in social media share the love but protect yourself, even when dating online mimiks the reality of how viruses spread in real life, encouraging people to protect themselves under all circumstances. 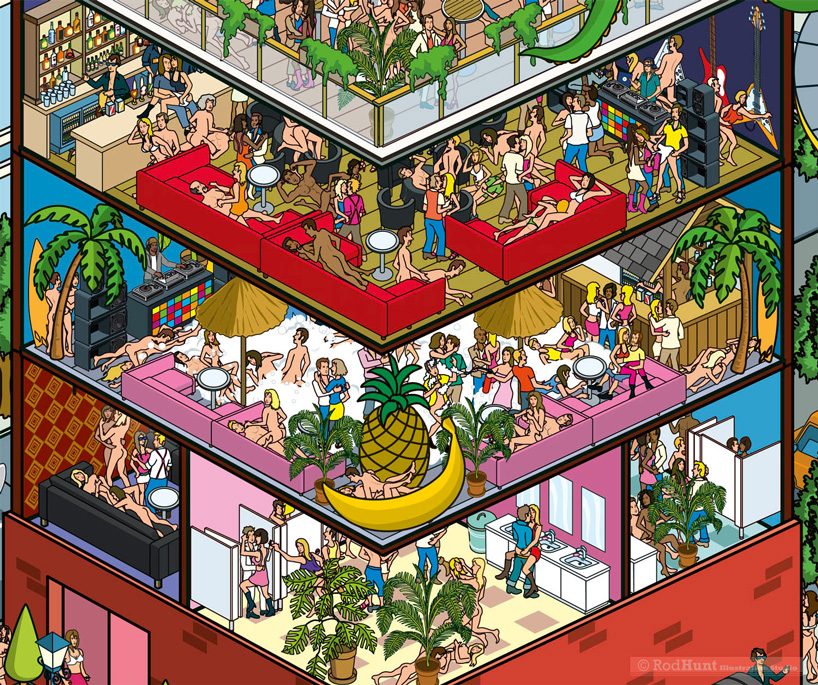 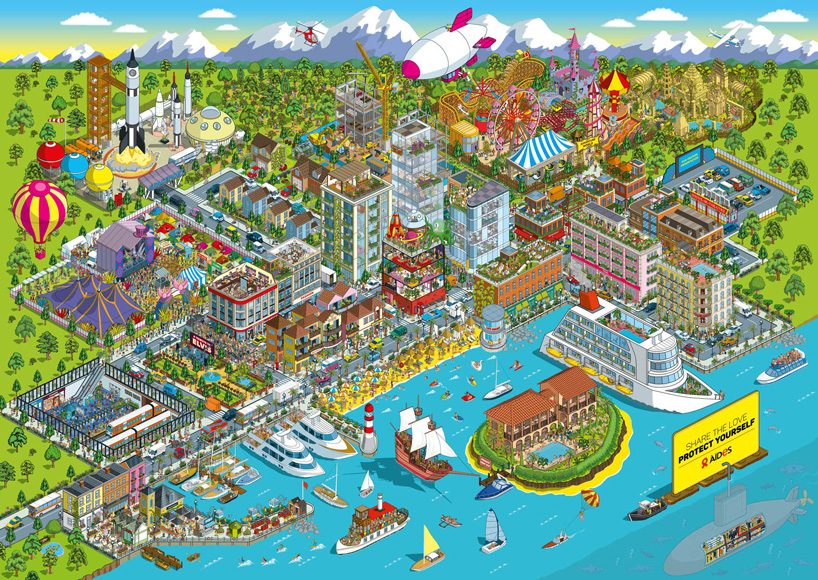 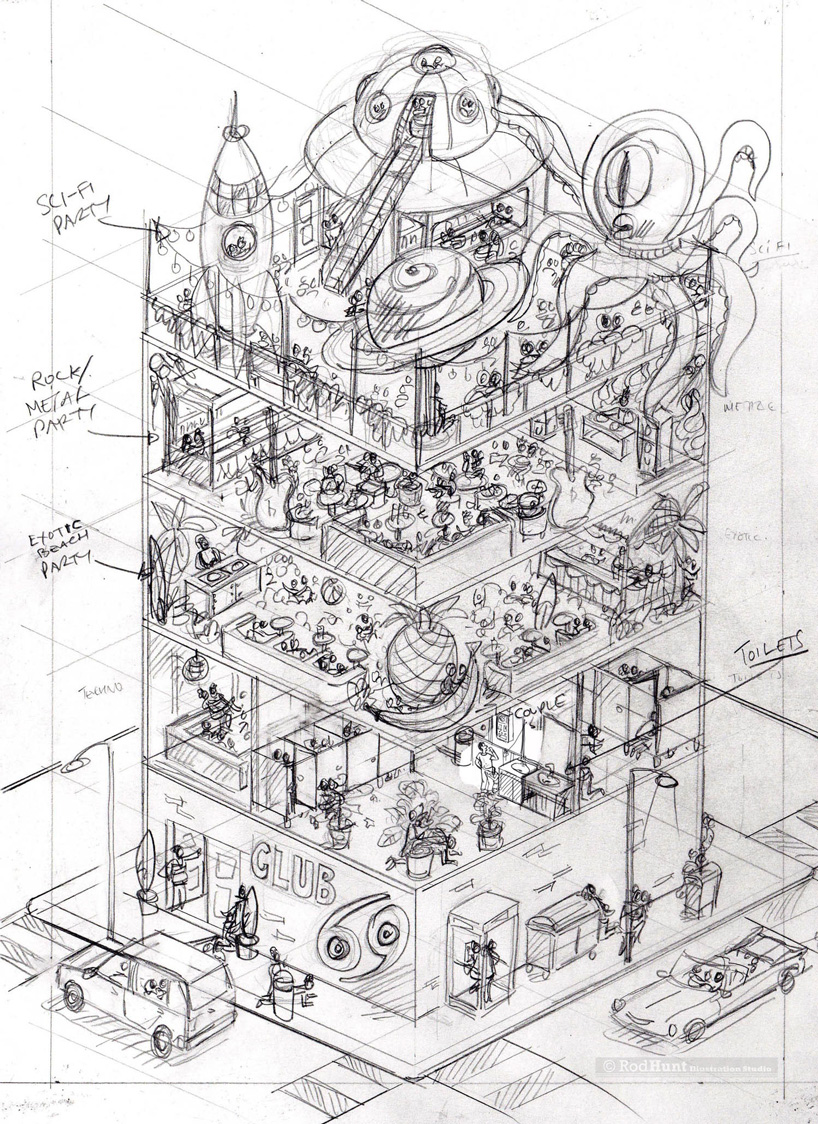 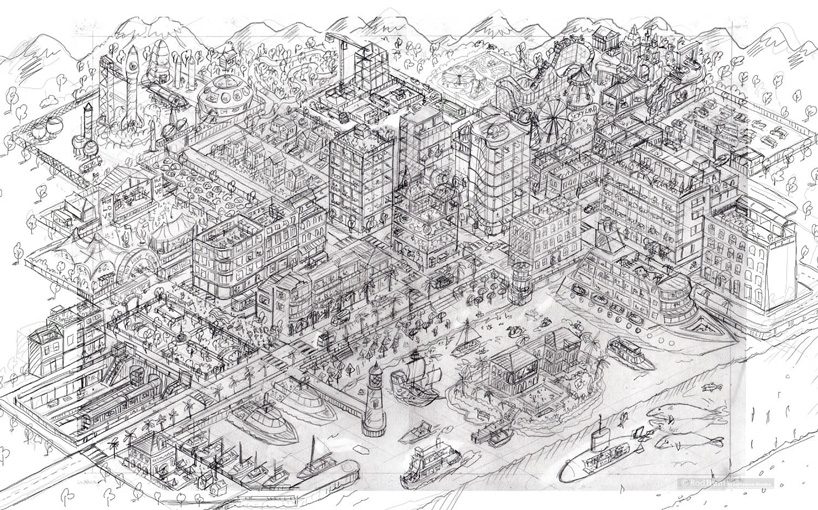 Feb 02, 2023
now complete: anish kapoor's newest 'bean' nestles into the streets of new york
the new 'bean' is snugly squeezed beneath the cantilevering slabs of the 'jenga building' in tribeca.
art
428 shares
connections: +1370
'we are nature' - interview with brazilian artist ernesto neto ahead of engadin art talks
designboom speaks with ernesto neto about hope, spirituality and nature ahead of his participation at this year's engadin art talks.
art
0 shares
connections: +120