beginning with intricate plans resembling architectural diagrams, ikeuchi first lays a foundation structure using cotton thread. next, a second layer using fine silk thread is slowly knotted into a mesh, a process that spans nearly a month for an installation such as the one depicted. the resulting artwork straddles a interesting balance, appearing both imposing in scale yet almost completely weightless. 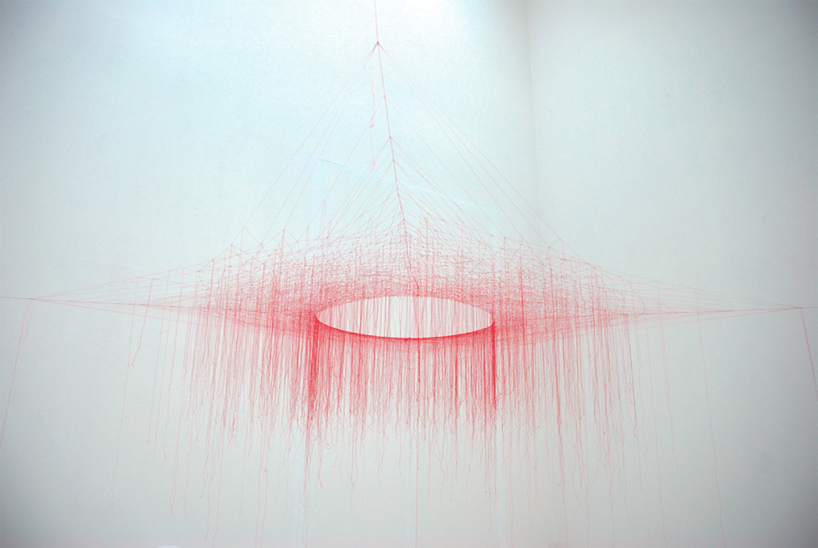 full view, on exhibition at the museum of contemporary art tokyo 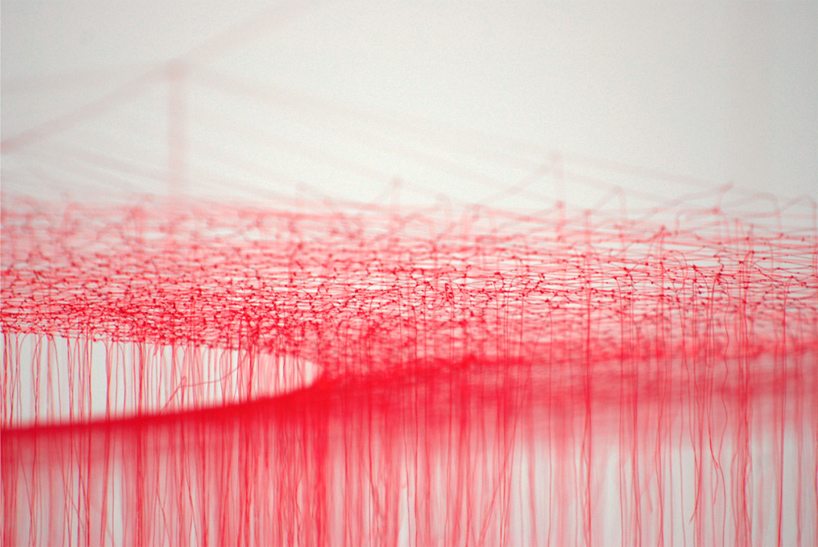 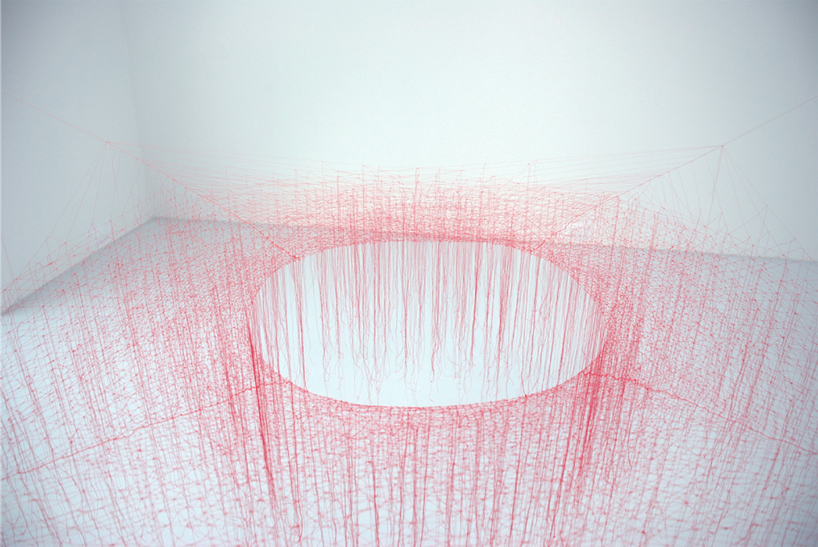 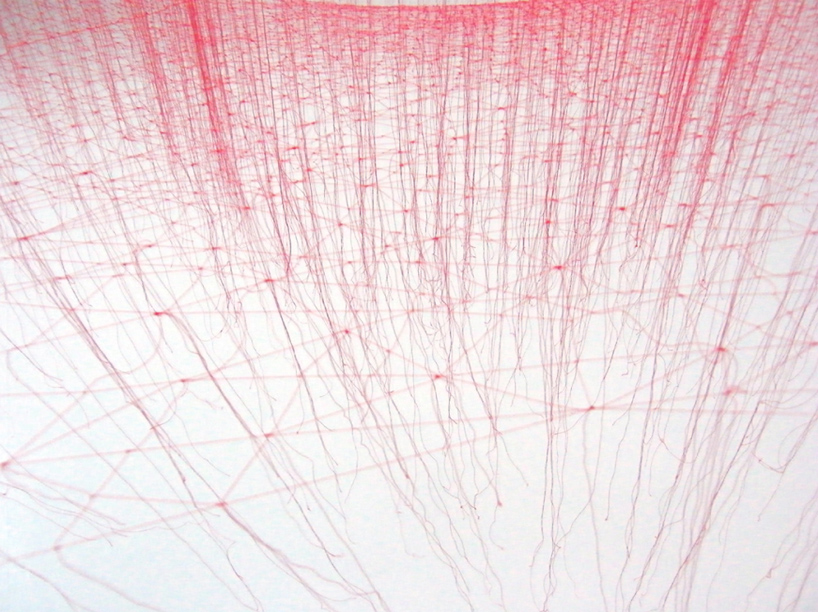 ikeuchi handties hundreds to thousands of knots to create each work 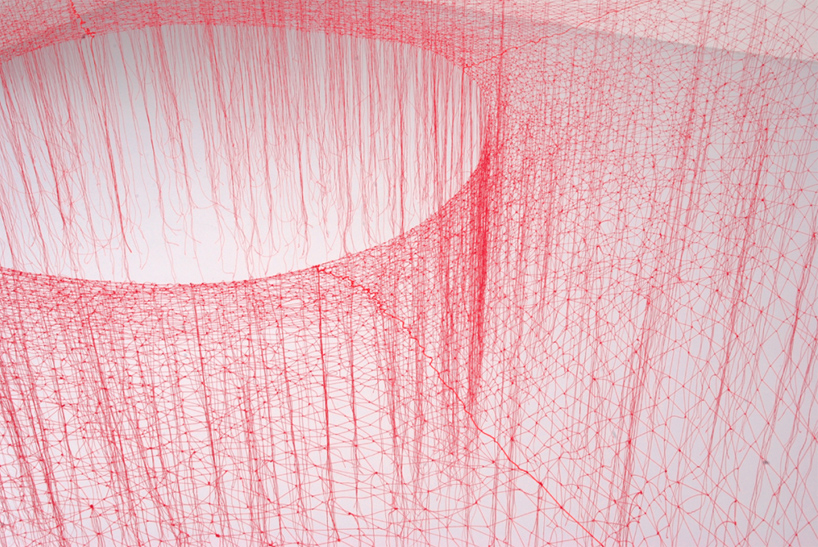 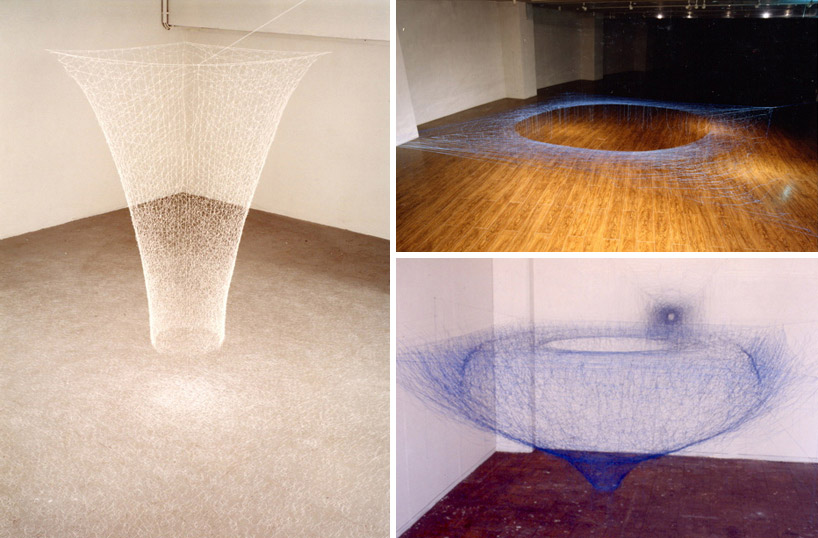 examples of other installations by akiko ikeuchi

this article has been contributed by colossal.