AKQA london — together with senan lee and pansy aung from salt and pepper creative studio — bring jobs of the future to life in a series of conceptual images for MiSK global foundation, a platform set up to educate youth. as the world economic forum recently predicted that 65% of children in school today will have jobs that don’t currently exist, the creative team decided to fantasize about what we’re going to do in the not so distant future. 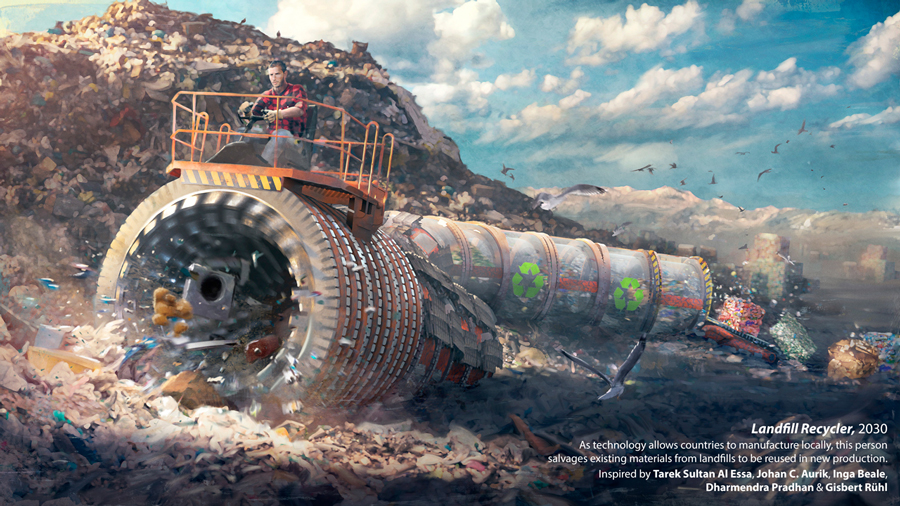 landfill recycler, 2030 — as technology allows countries to manufacture locally, this person salvages existing materials from landfills to be reused in new production

each morning during the world economic forum event, the AKQA team would listen to a high profile panel discussion and conceptualize a variety of futuristic job roles based on the panelists’ predictions, comments or narrative of conversation. once agreed, the team would then brief concept artist, florian de gesincourt, on beautifully illustrating the chosen job role. de gesincourt had been chosen for his award-winning artwork, including work for films such as ‘jurassic world’ and steven spielberg’s highly anticipated ‘ready player one’. 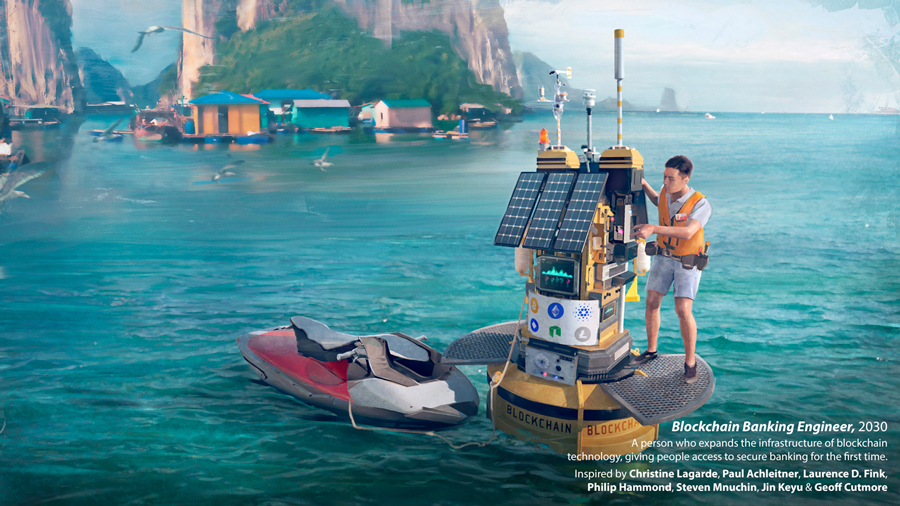 blockchain banking engineer, 2030 — a person who expands the infrastructure of blockchain technology, giving people access to secure banking for the first time

after refining the image, london-based retouching studio happy finish would take over from de gesincourt and work through the early hours of the morning, colouring the image in time for it to be displayed in davos and posted online the next morning. in total, the team produced 6 reactive illustrations in 120 hours flat and covered a wide range of topical discussions at the world economic forum, including blockchain technology, national identity, and robotic workforces. 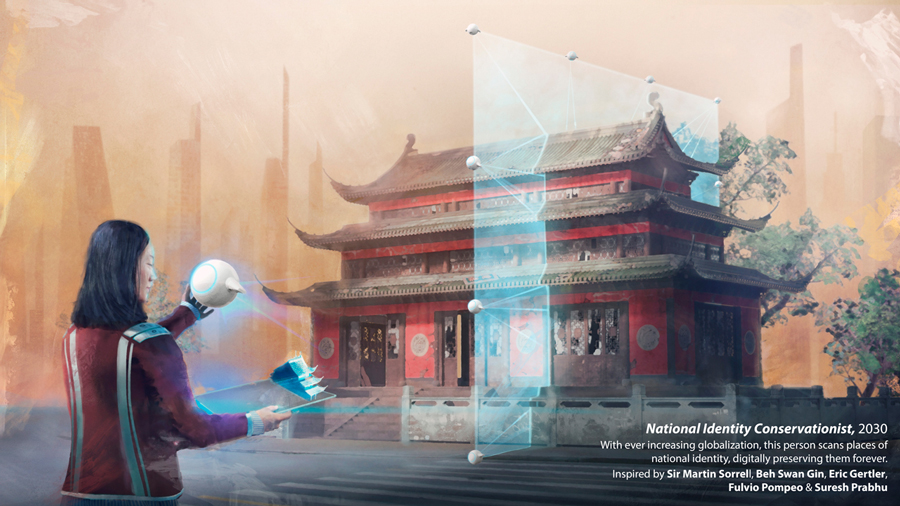 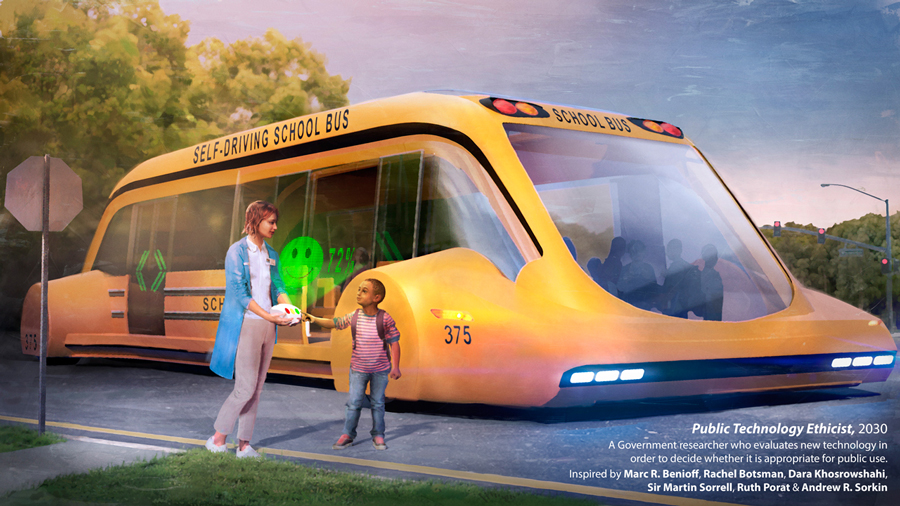 public technology ethicist, 2030 — a government researcher who evaluates new technology in order to decide whether it is appropriate for public use 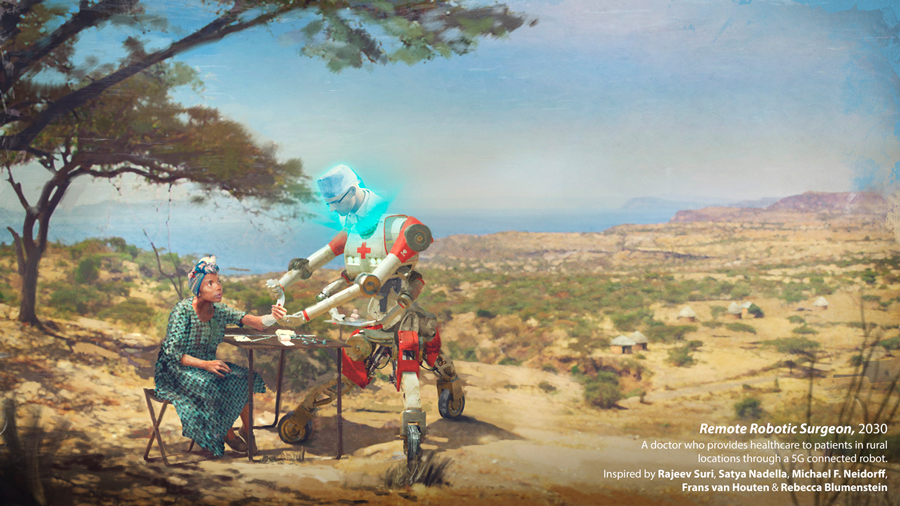 remote robotic surgeon, 2030 — a doctor who provides healthcare to patients in rural locations through a 5G connected robot 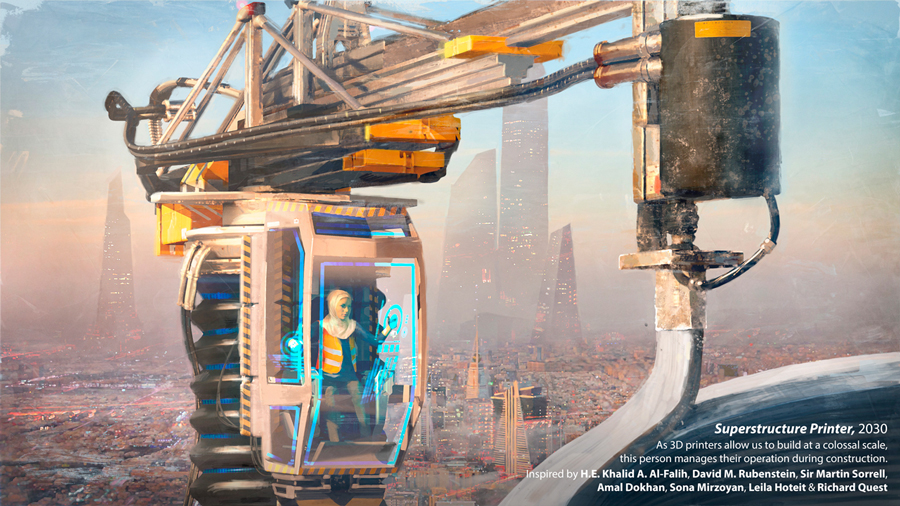 superstructure printer 2030 — as 3D printers allow us to built at a colossal scale, this person manages their operation during construction