KVANT-1 created a new photo series as an ode to water, ecosystems, and life, strongly inspired by the picturesque city of bergen where the series was produced. tucked amongst the majestic mountains and fjords of western norway, with an impressive proximity to nature, the city of bergen is known to be ‘the wettest city in europe’ where the rain is an unavoidable part of life for its inhabitants. 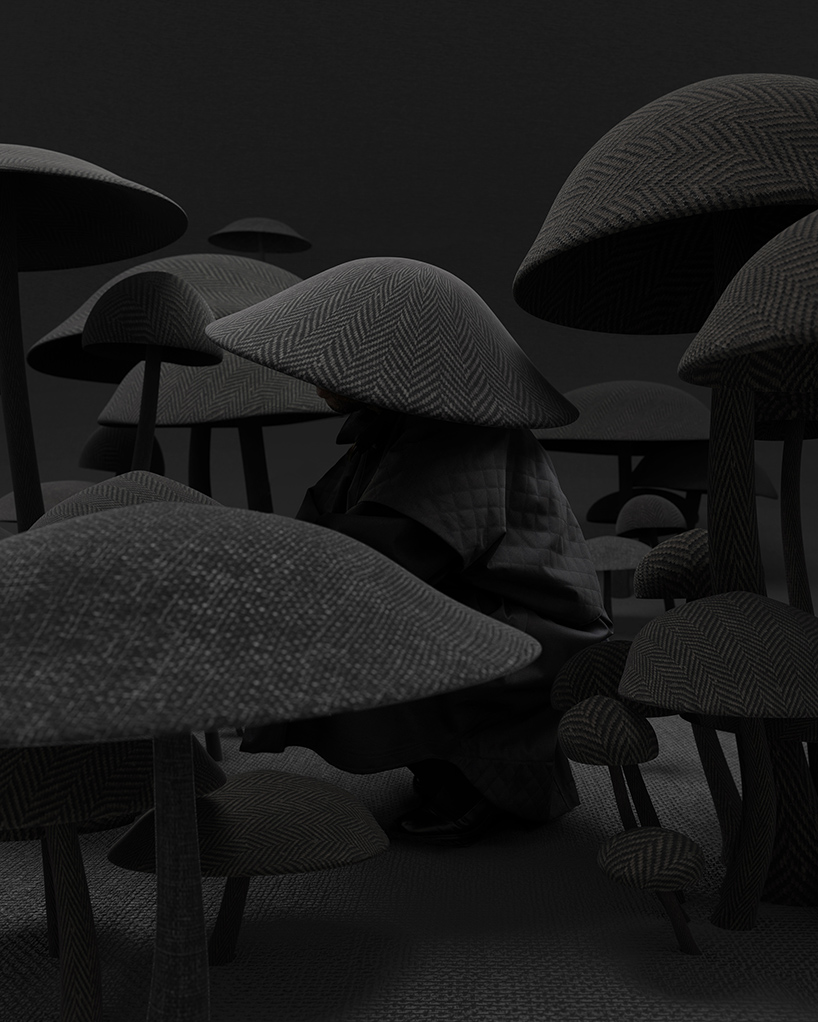 the graphic design studio created this unearthly image series to present ‘norwegian rain’, a slow fashion concept built on artisanal techniques, in a way that reflects the less visible design aspects behind the garments. ‘norwegian rain’ have designed a new collection where raincoats become a living breathing part of the ecosystem rather than acting as an impenetrable plastic layer. instead of constantly fighting the moisture, the relationship is a symbiotic one where the fabrics are made of waste, meaning they are a part of the circular economy. 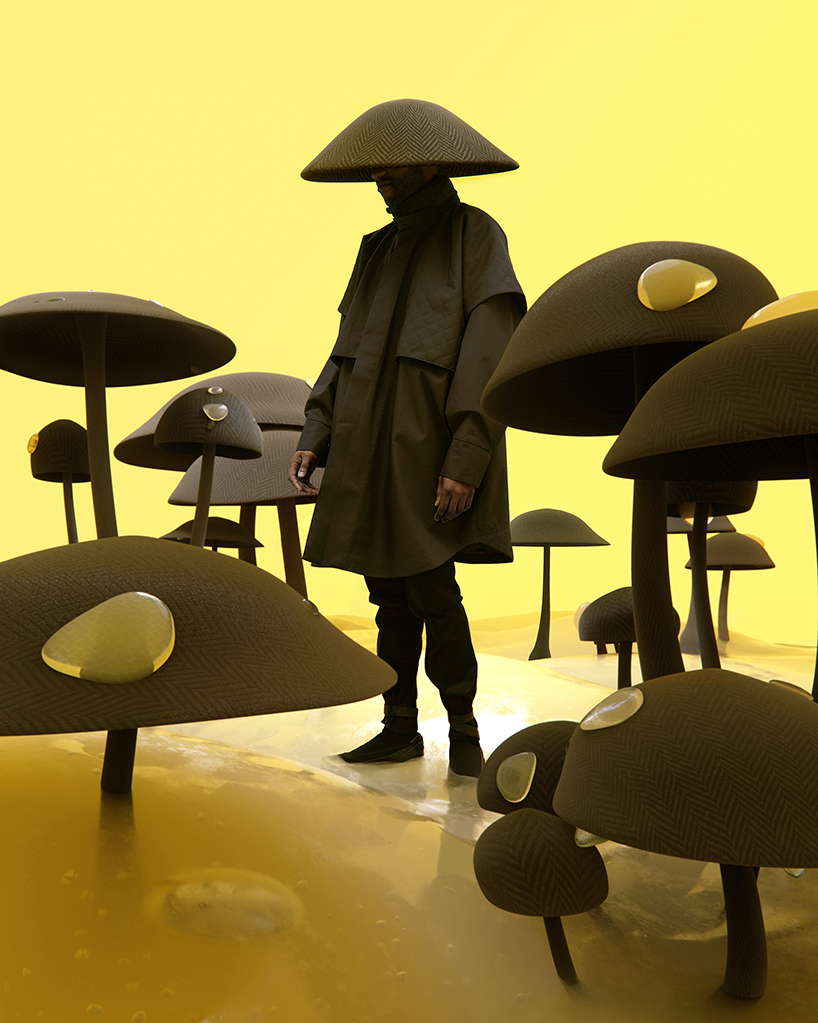 the scenes that KVANT-1 have created challenge how one perceives water and what is associated with the element. as we progress through the series, the designers make the life bringing qualities that water induces in this world become increasingly evident. they want viewers to arrive at a point where they can no longer discern between where water ends and where life begins. 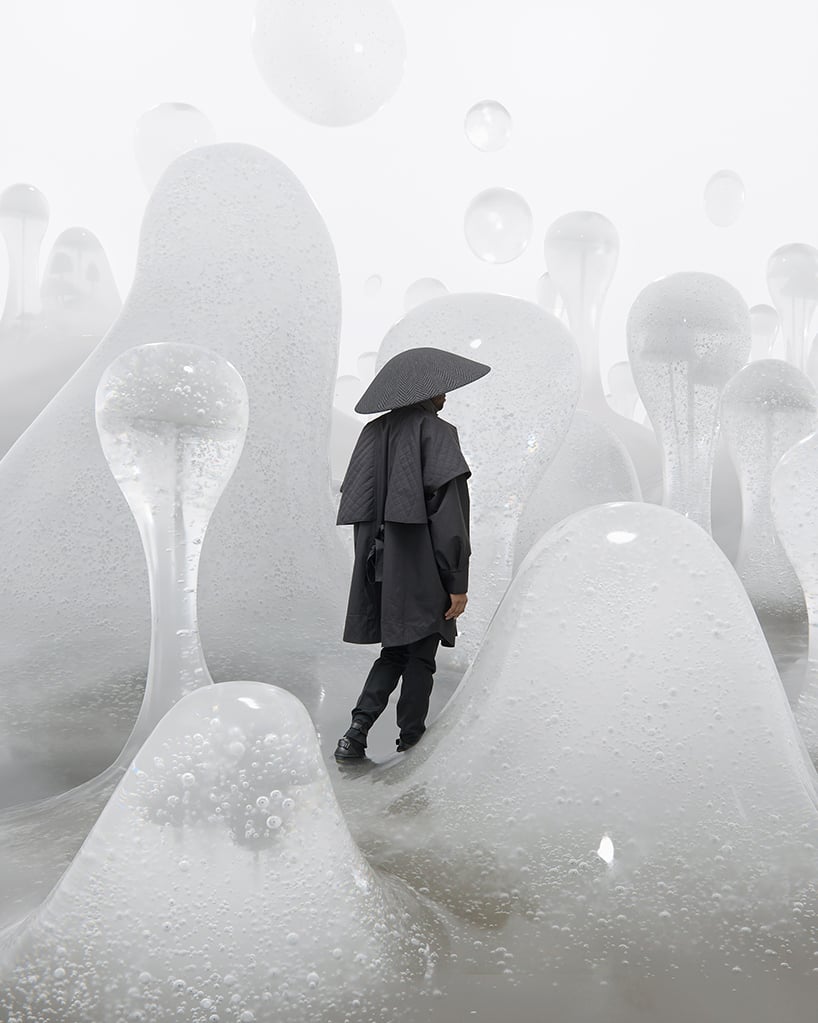 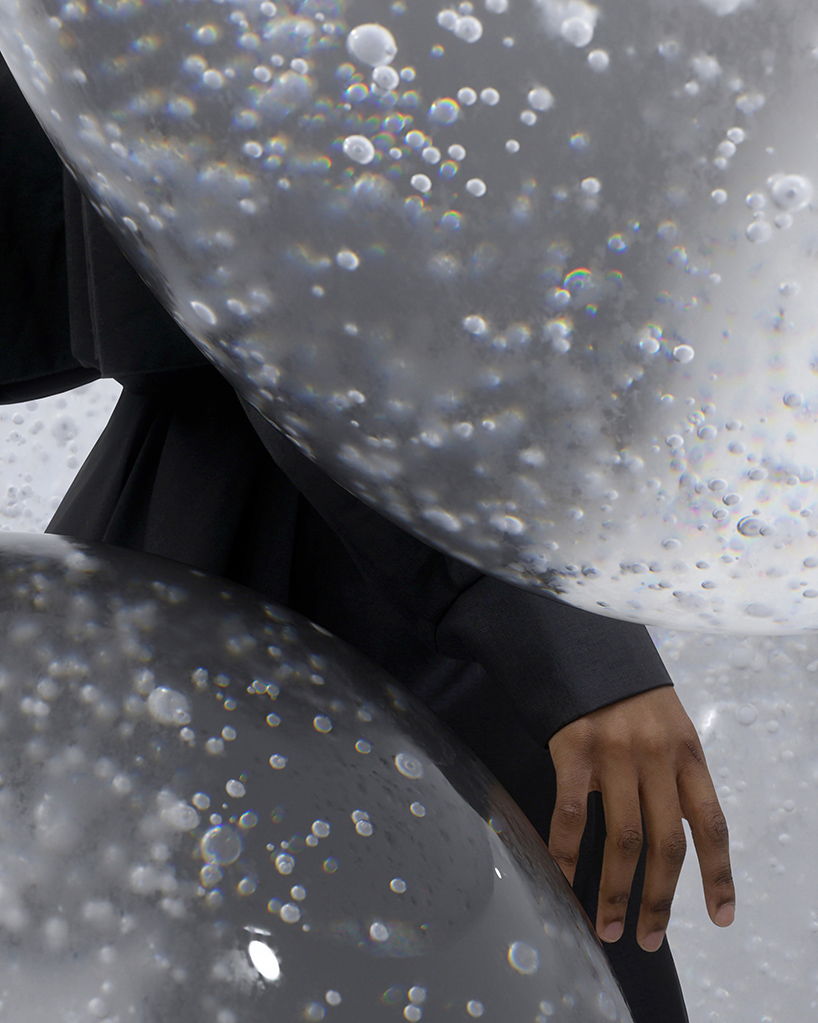 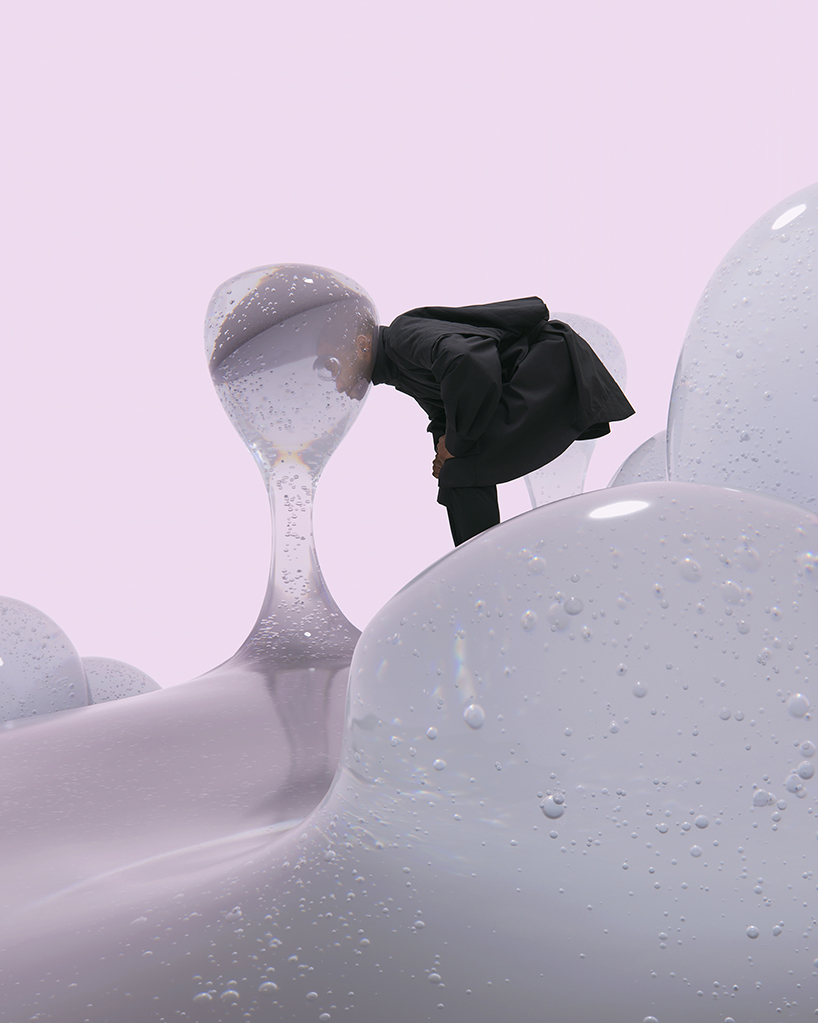 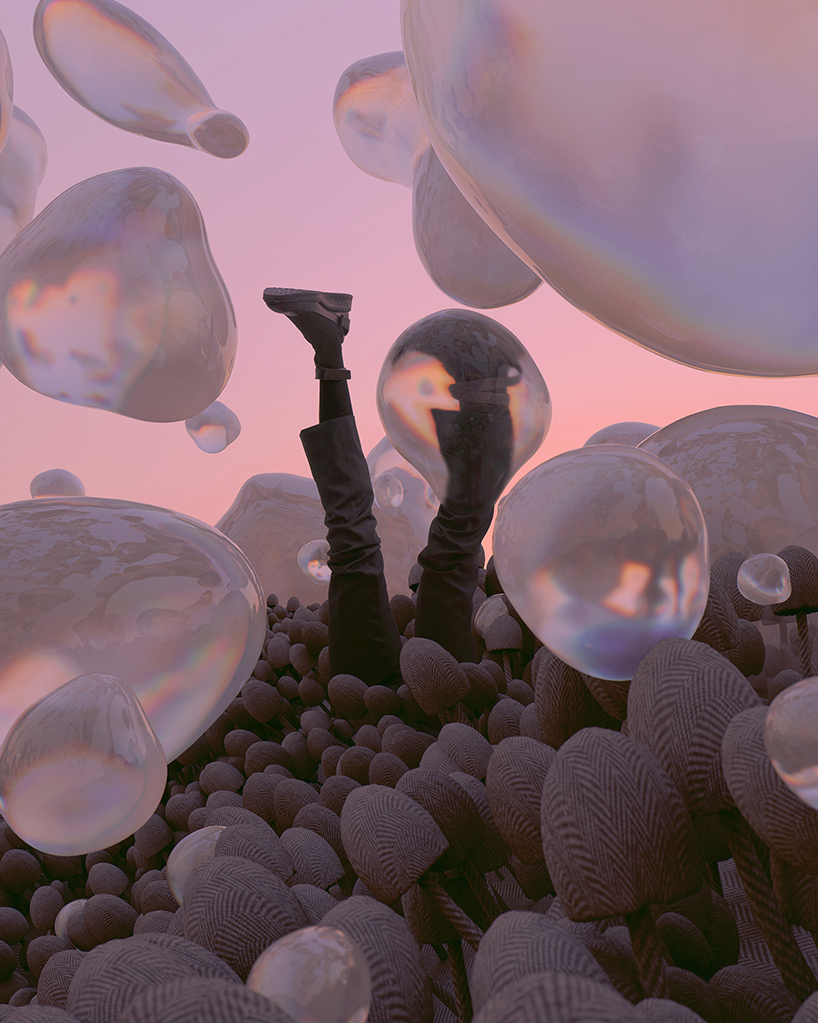 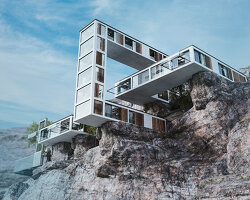 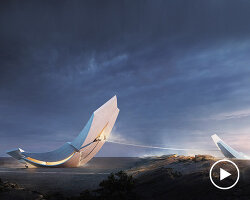 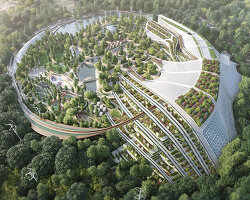 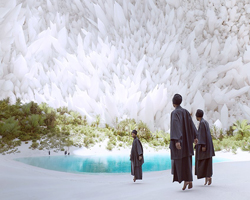 Sep 03, 2020
KVANT-1's otherworldly photo series is an ode to mystery and imagination 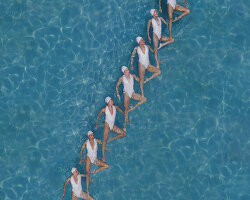 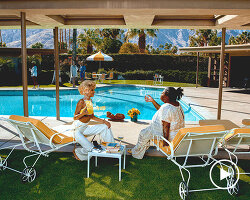 May 05, 2021
simon fujiwara presents who the bær at milan's fondazione prada
the mixed-media installation by simon fujiwara introduces who the bær, a cartoon character that inhabits a fictional universe.
art
0 shares
connections: 58