french photographer alain delorme‘s newest series of photographs is entitled ‘totems’. the images were captured during two art residencies (supported by ailing foundation) de lorme participated in shanghai throughout 2009 and 2010. fascinated by migrants’ loads, he has photographed piles of stacked ‘made in china’ products which form unusual sculptures, symbols of a form of fetishization of the objects themselves. the verticality of these formations echoes the incessant expansion of the urban area, constantly under construction. here, de lorme gives a new vision full of humor and poetry of those porters – both super heroes and ants with impressive loads of tires, water containers, office chairs, flowers… distanced from the typical photos of china portraying  immense crowds, he has focused on the individuality of these workers, as opposed to all those identical and interchangeable objects. 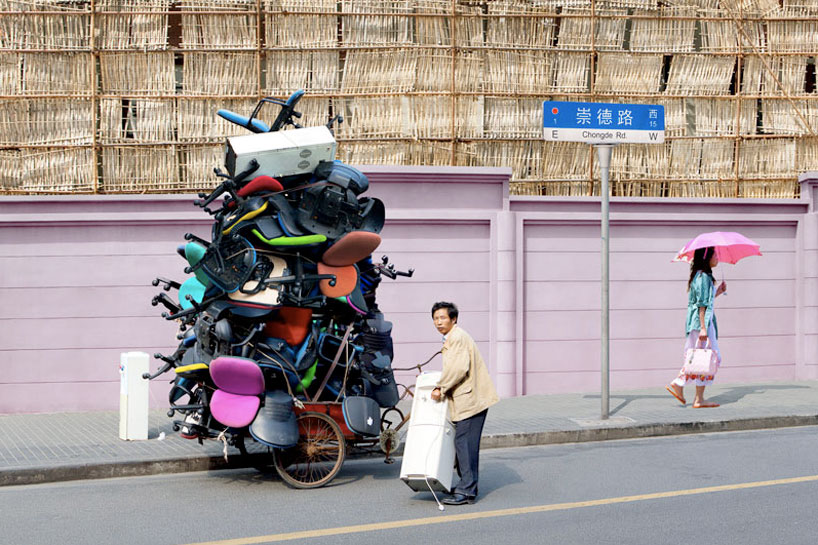 photography historian, raphaële bertho writes about totems: ‘these workers carry throughout the city unbelievable piles. these precarious columns made of cardboard, chairs, bottles or tires appear as the new totems of a society in complete transformation, both a factory for the world and a new el dorado of the market economy.’ 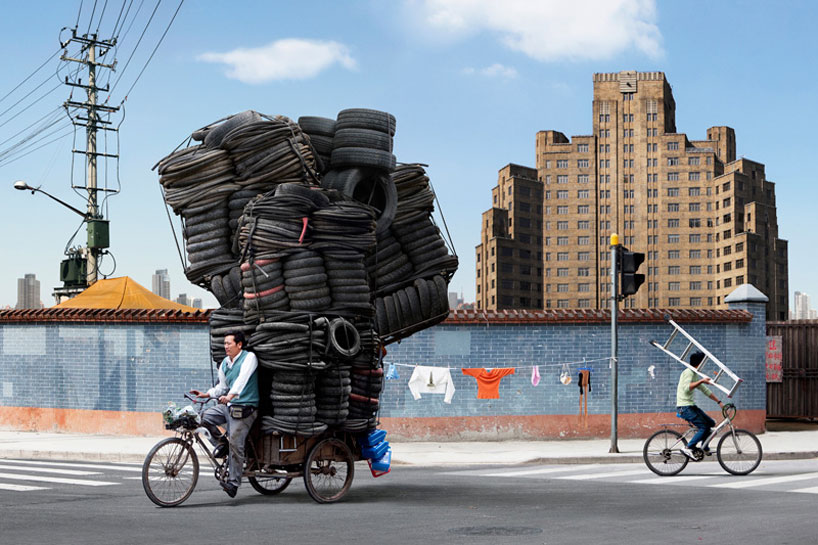 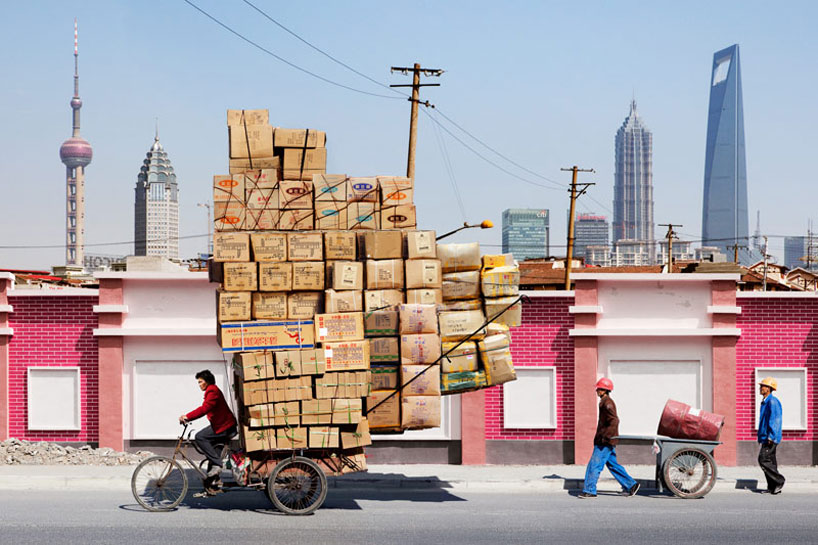 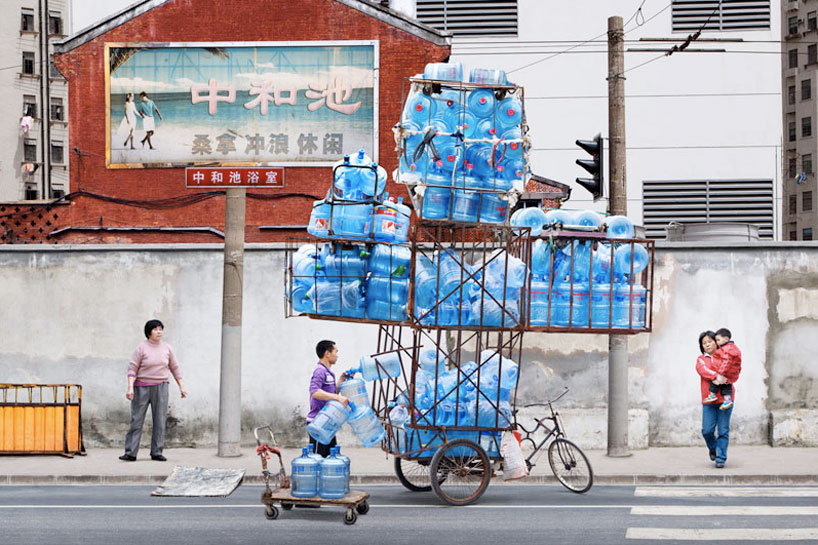 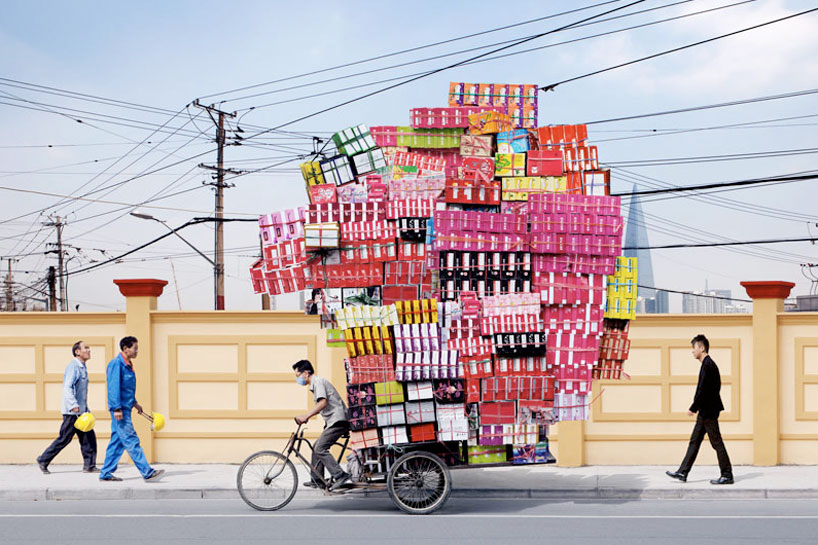 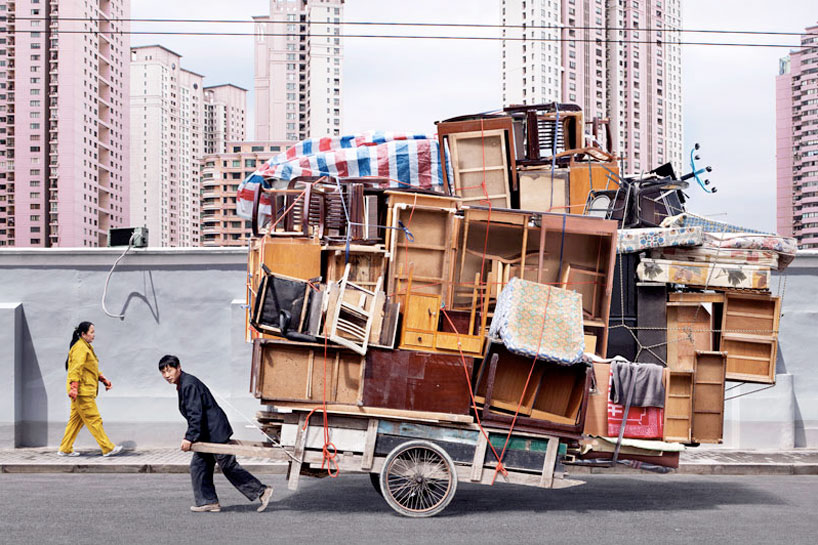 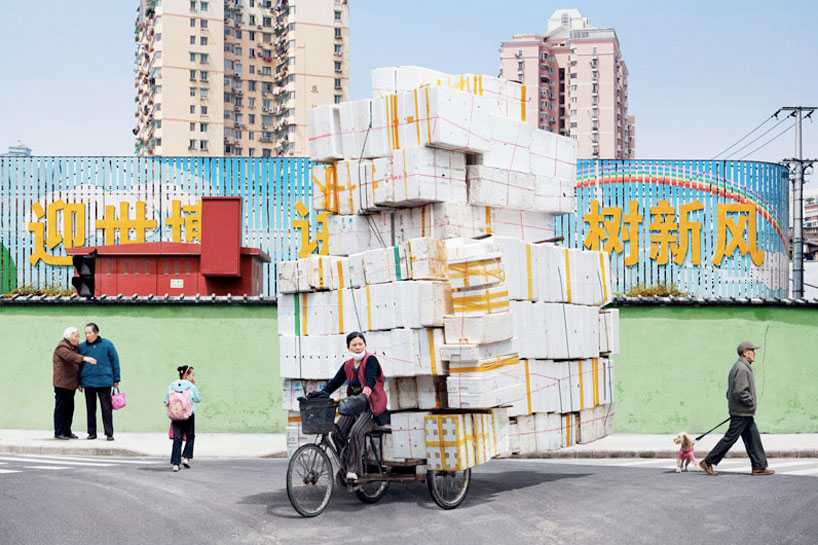 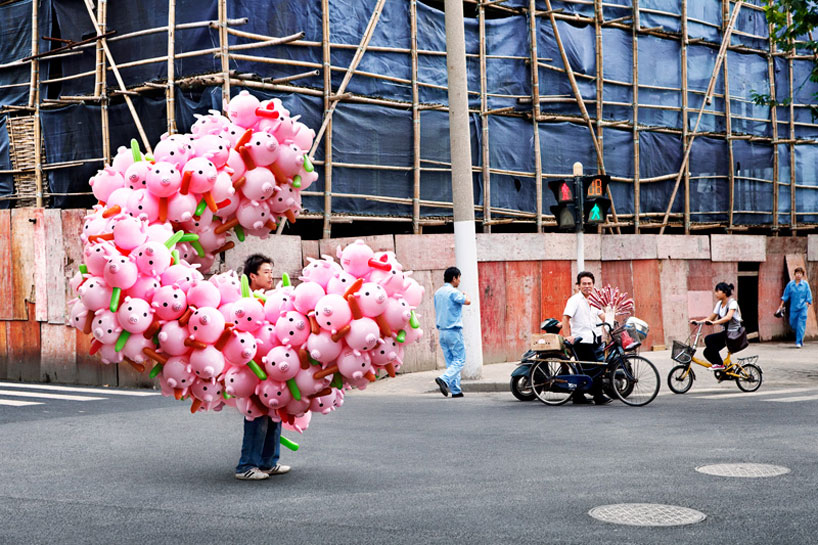 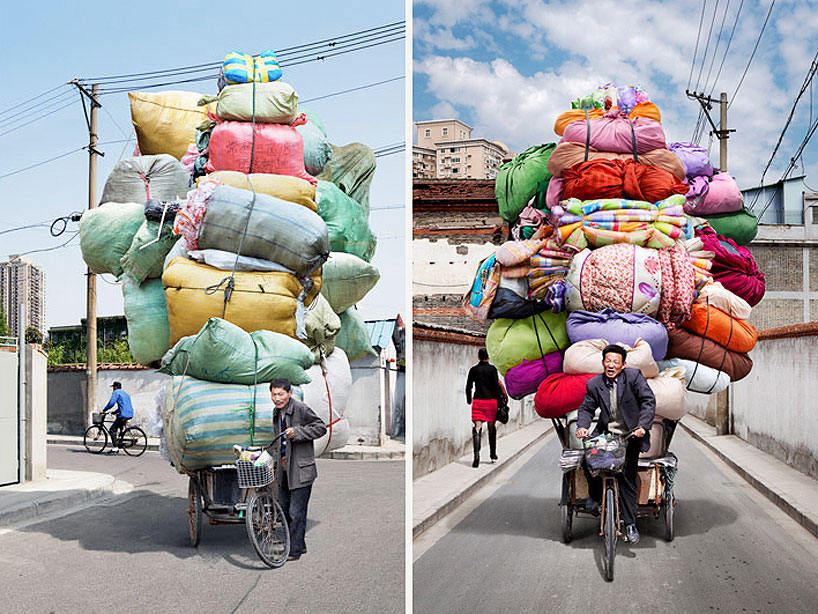 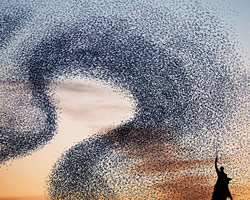 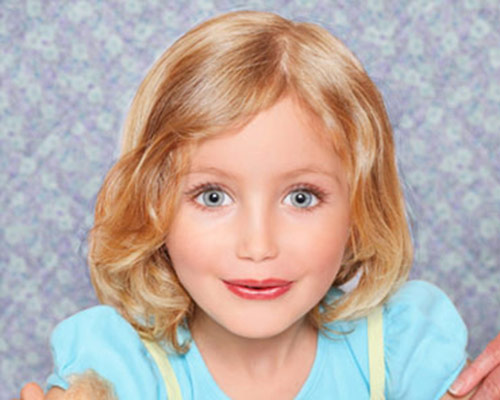