UK artist alan macdonald creates seemingly traditional paintings that have a subversive note lurking under the surface. in his works, he depicts figures in the spirit of the dutch masters in which modern products or objects have been incorporated. this strange juxtaposition is further enhanced by frequent captions written below the main image. the words in this area are often taken from contemporary pop songs, adding a new layer of meaning to the image. the combination of elements creates a narrative in each work that borrows from the world of art history as much as contemporary popular culture and music. 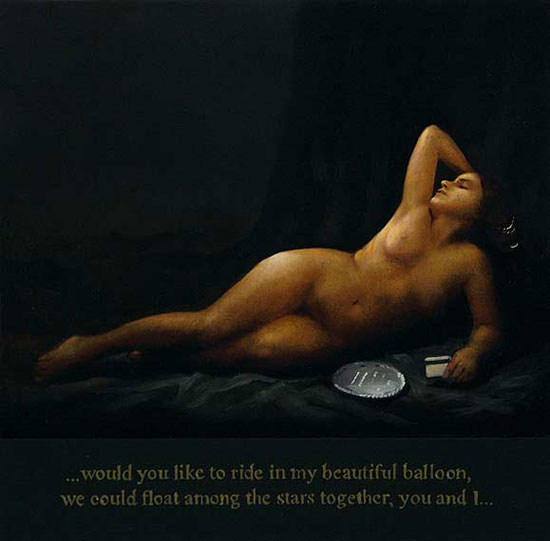 ‘the vices of venus II’ 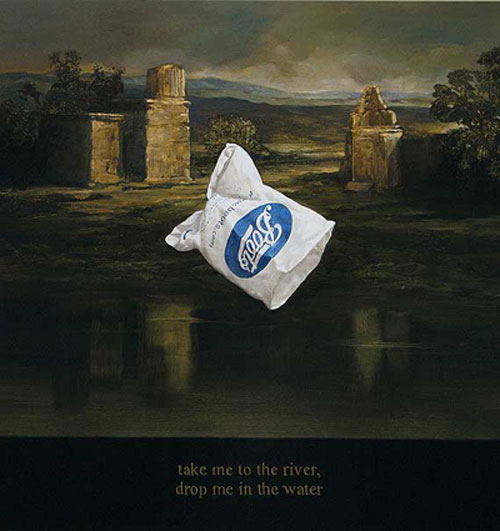 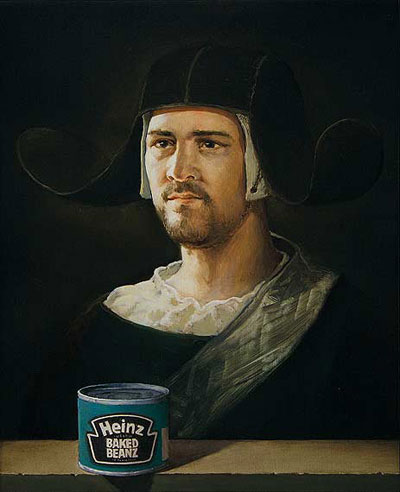 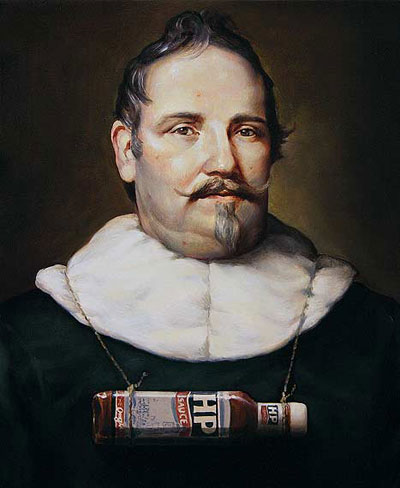 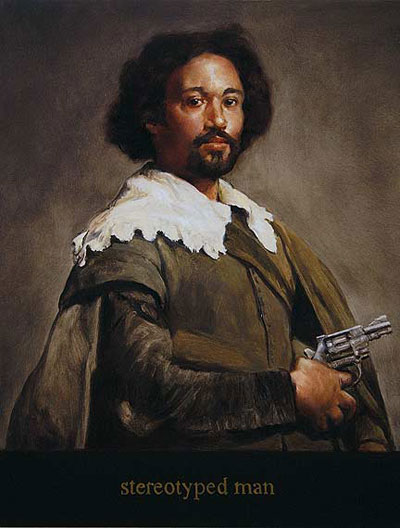 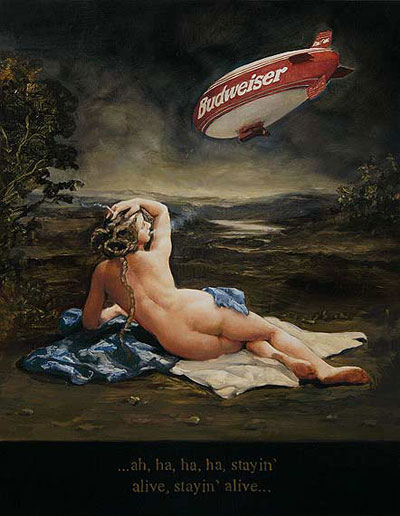 ‘the commercialisation of heaven’