like a ‘core sample of a city street’, american artist alan wolfson‘s ‘canal st. cross-section‘ renders in miniature both the street level views and the underground worlds of a subway car and platform of canal street in new york city. 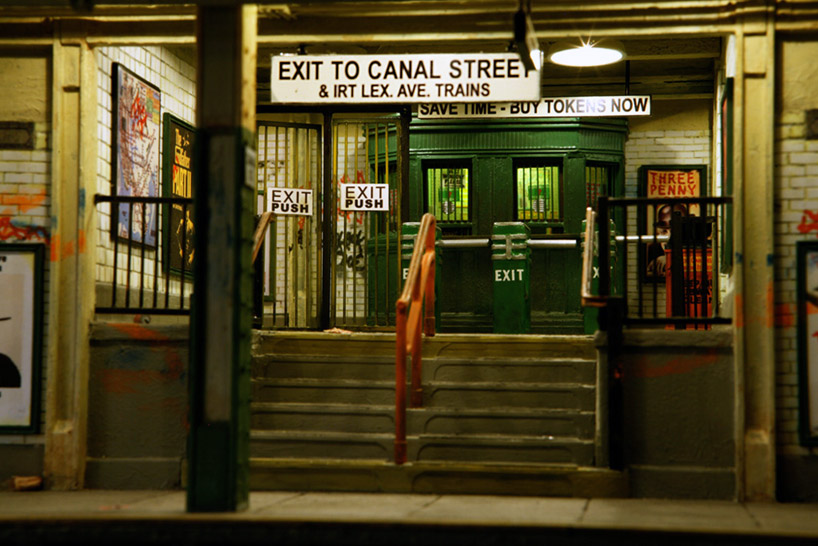 wolfson’s pieces are composed primarily of plastic, with structural components of sheet acrylic and details out of styrene, and wood, paper, and metal as details. all components are made my hand, and the result of a lengthy process of researching, photographing, sketching, and drafting the scene, before building a cardboard mockup and then finally beginning work on the final project.

created over the course of eighteen months, ‘canal st. cross-section’ combines five different miniature sets into a single box, with viewing panes built into the walls so that the interior parts of the piece can be seen more closely. the most difficult part, wolfson reflects, ‘was to make all that architecture work together and make sense visually. I was able to do that by having windows on the sides of the piece to accommodate the cross views. I gave the subway platform a sense of depth by using a carefully placed mirror at the far end. as with almost all of my projects, the sight lines were critical." 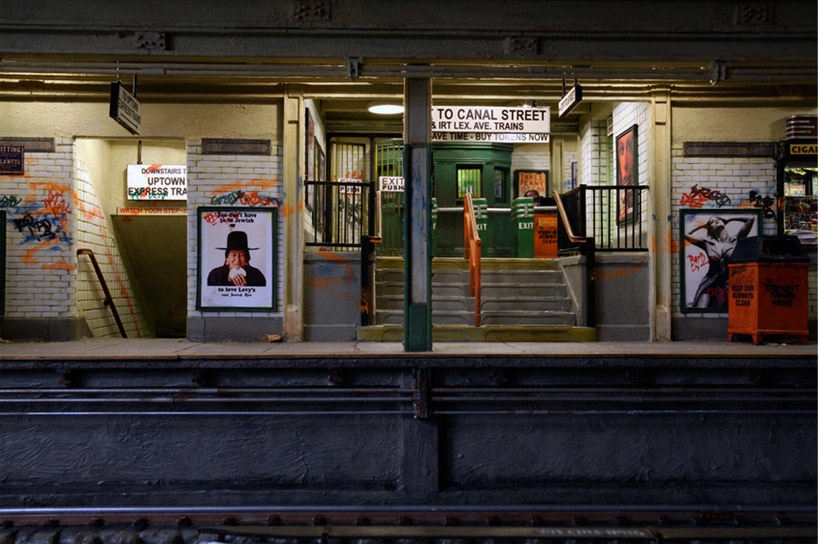 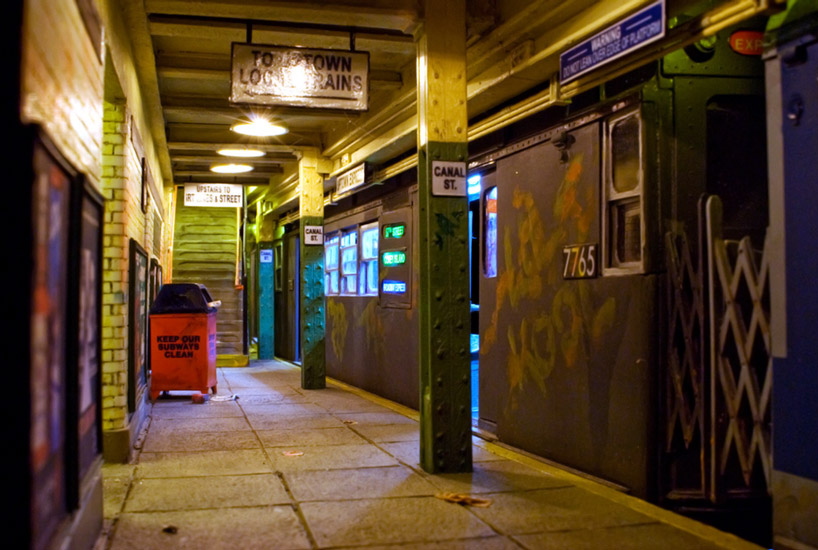 view of the lower subway level, visible form the left side window of the box 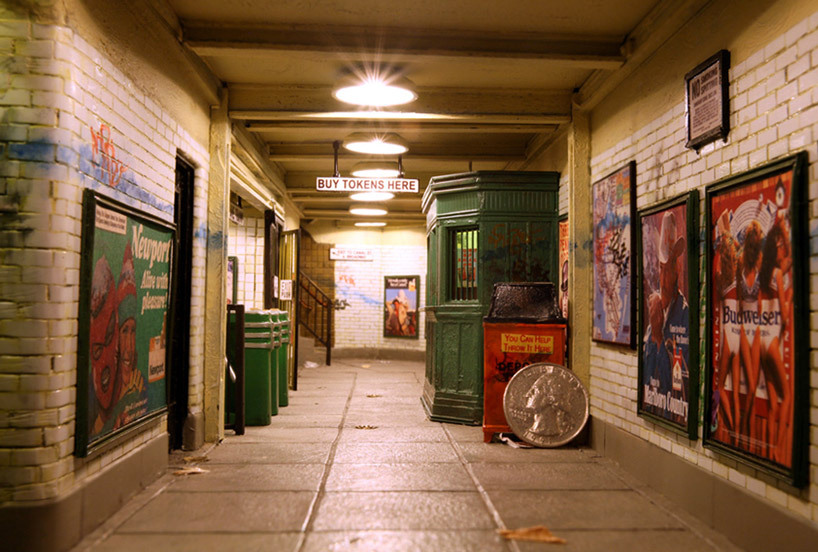 view of the upper subway level, visible from the right side window of the box 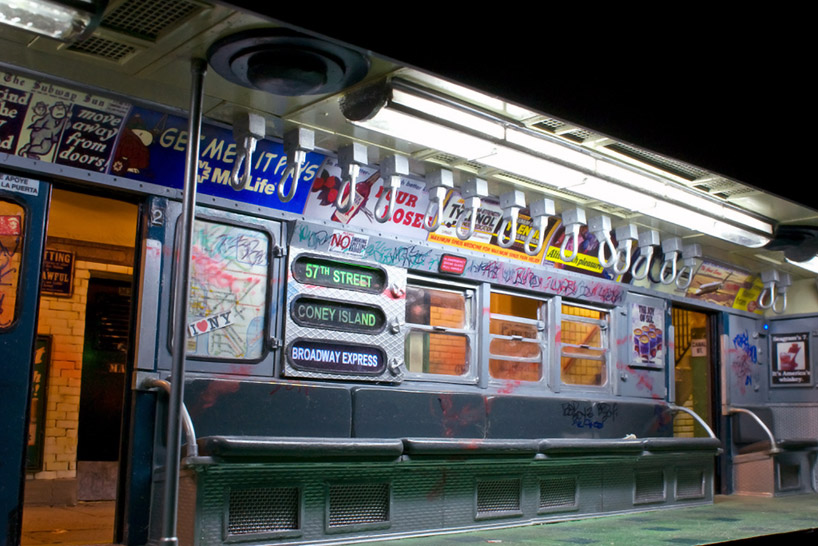 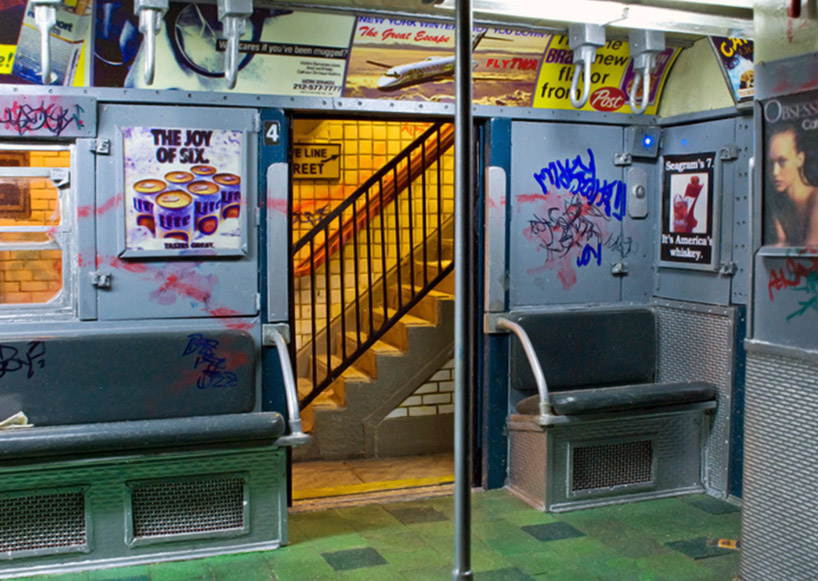 like many of wolfson’s miniature works, the street scene is not an exact replica of new york’s canal street but rather a combination of environments. the street’s landmark rubber store is flanked by what is in reality an eighth avenue pizza shop; the chinese massage parlor brings an element of chinatown, characteristic of canal street but actually a few blocks away, and other shops and signage were selected to recreate the feel of the street in the late 1970s.

to this effect, wolfson explains:

‘the fact that my work is in miniature is not the point; the miniature scale is the vehicle that gets you to the point, whatever that may be for the individual viewing the work.  to me, the most important experience you take away from my work is the story.  I’m providing you with clues to a narrative, telling a story with minute details. there are no people in these scenes, but so much of what is there are the things people have left behind.‘ 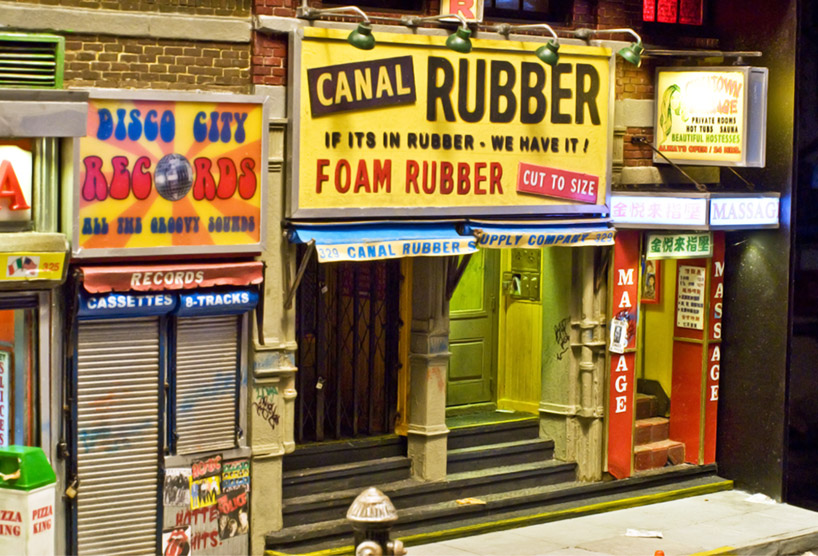 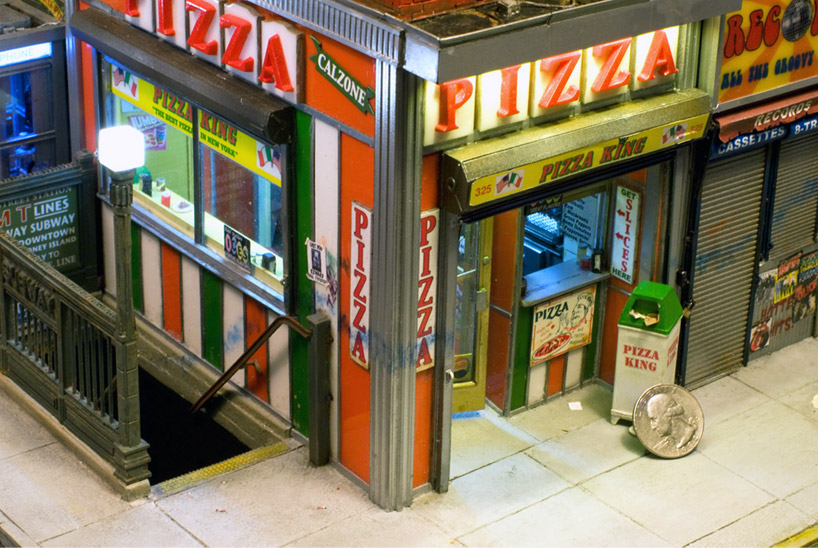 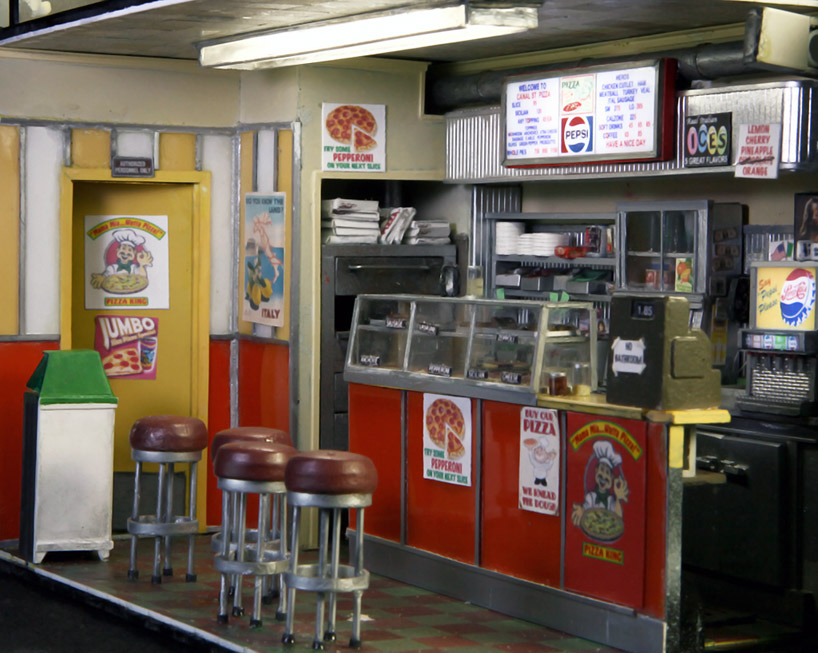 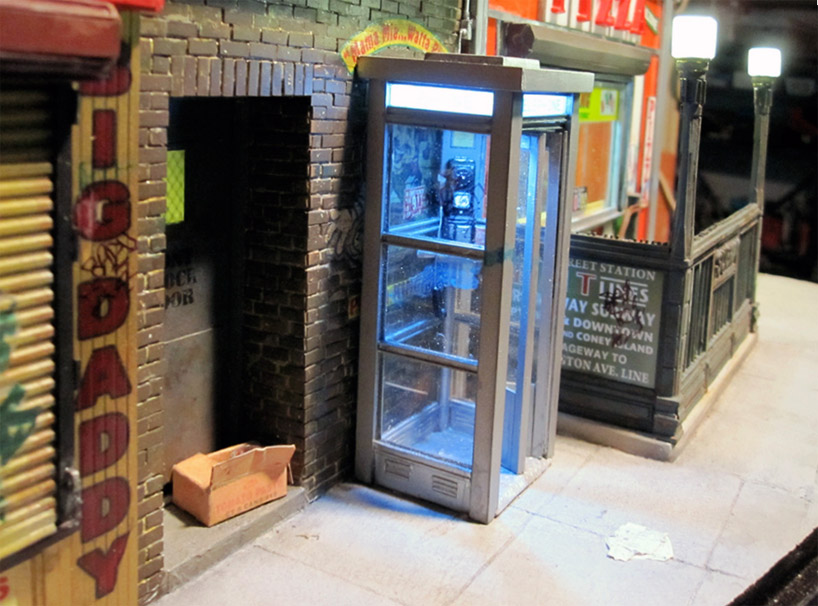 ‘canal st. cross-section’ will be on exhibition in ‘otherworldly: optical delusions and small realities‘ at new york’s museum of arts and design from june 7th through september 18th, 2011. 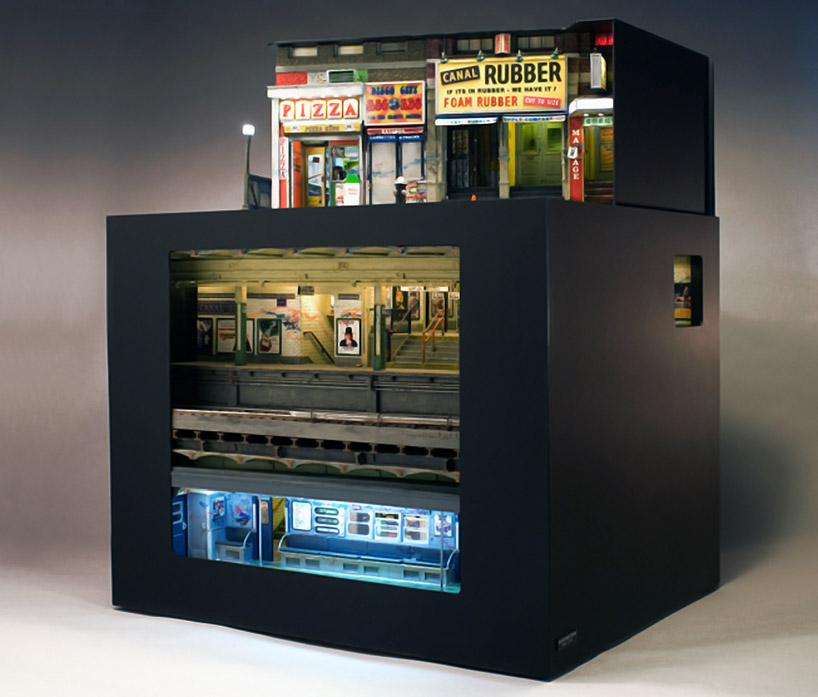