icons of economics meet figures from comics for italian artist alessandro rabatti‘s ‘facebank’ series. by reworking selected parts of the U.S dollar bill, british pound sterling and yuan/renminbi banknotes, rabatti has formed a series of altered figures which aim to reflect the value money and incite a discussion about the current economic crisis. 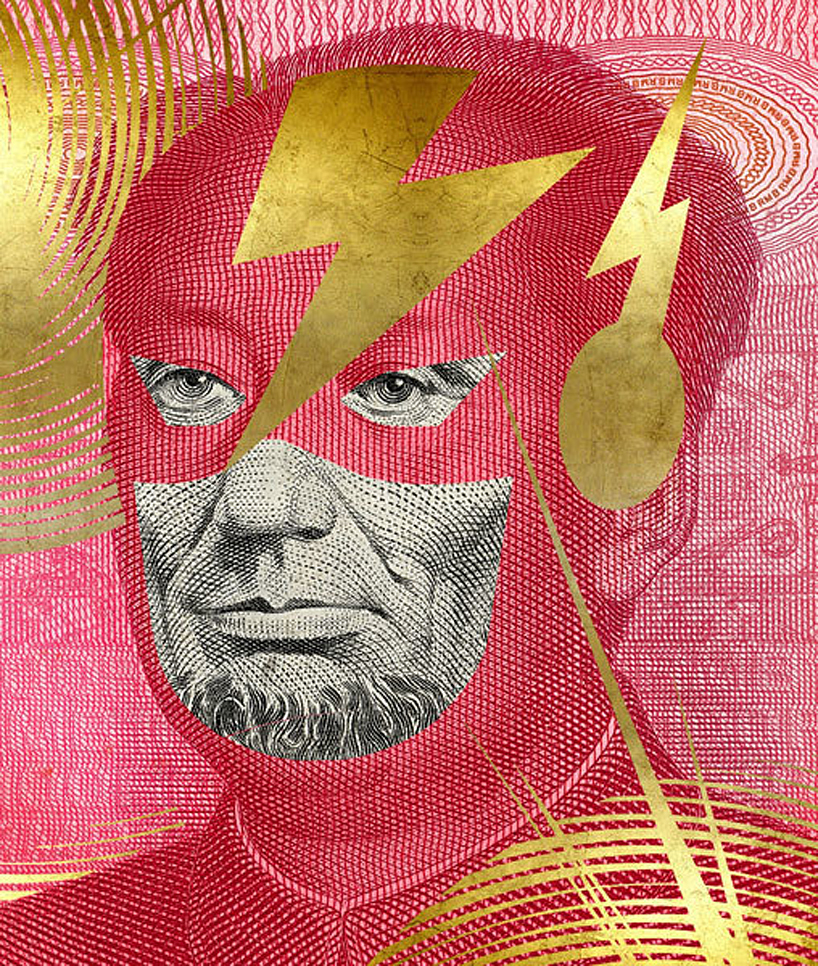 the faces on the notes, including well known figures like abraham lincoln and queen elizabeth II, are taken apart and reassembled wearing superhero masks, since, rabatti notes, ‘ironically they are perceived to be the only possible saviors who could save us out of the crisis.’ flash, catwoman and captain america are a few of the comic book figures reworked onto the images of presidents and royals, with colorful gold imagery and motifs creating a bold composition for each. the series aims to give a face to the idea of power, one that is more and more characterized by a disarming loss of faith from the general public. 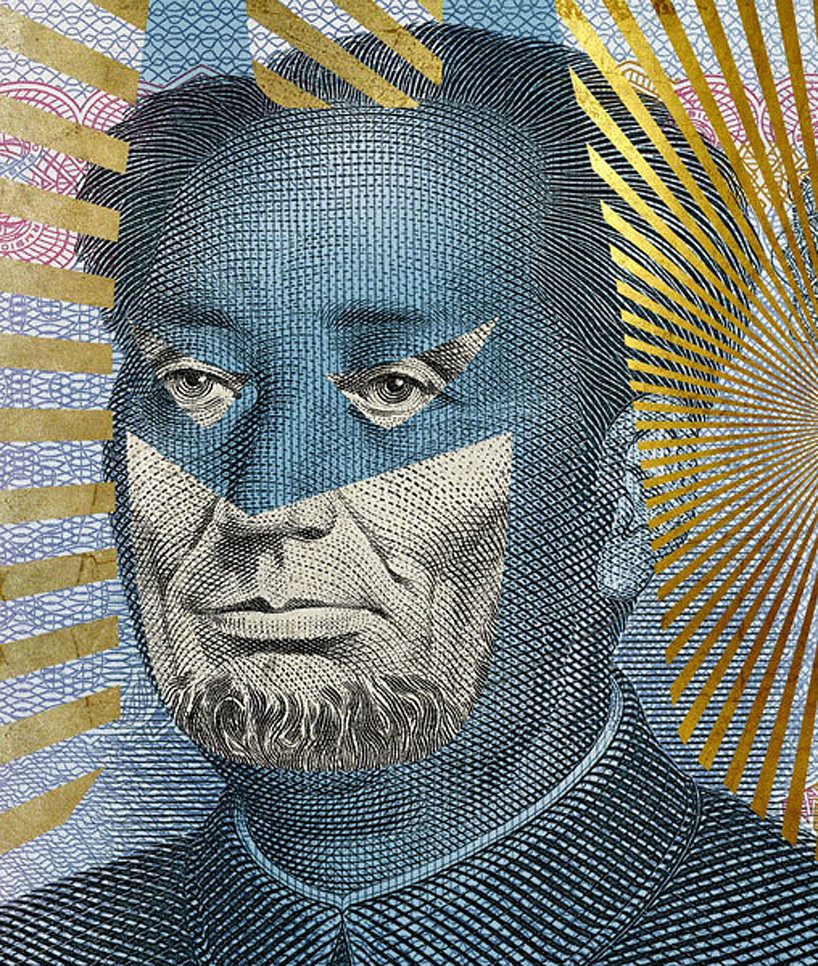 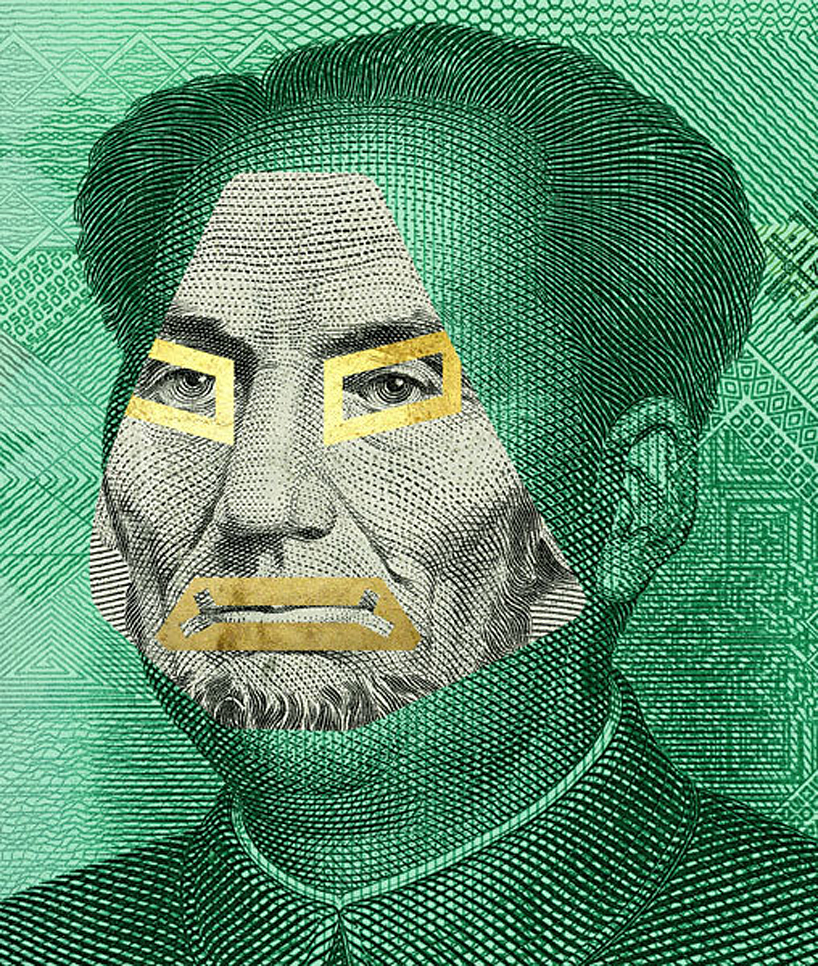 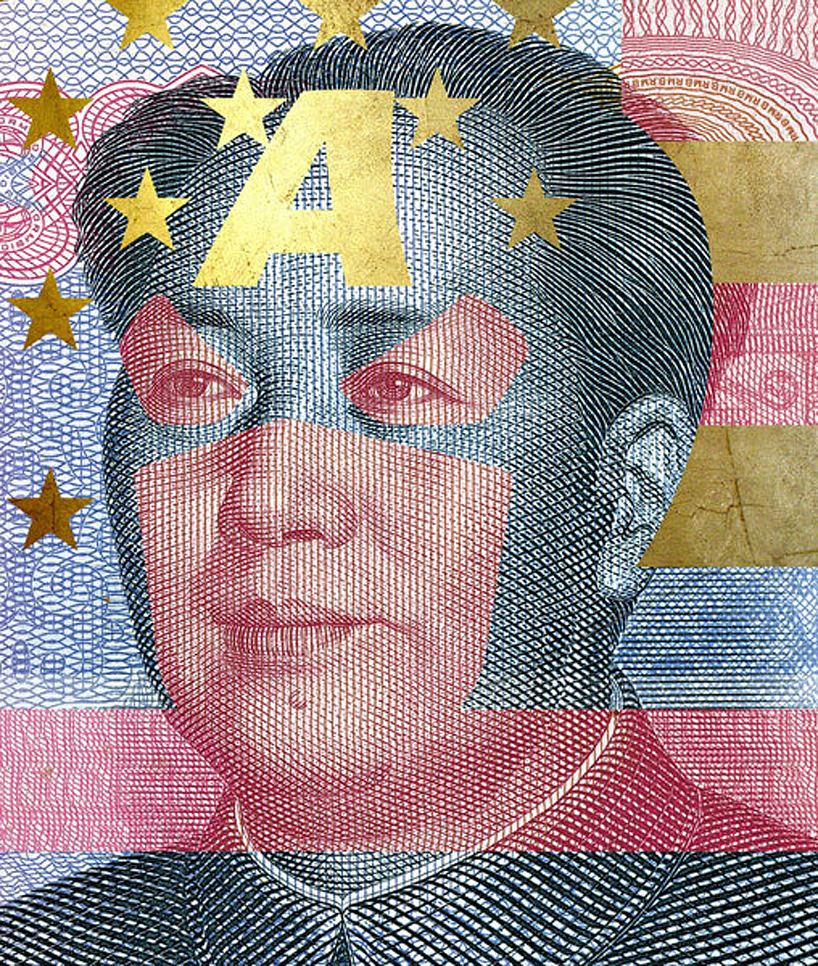 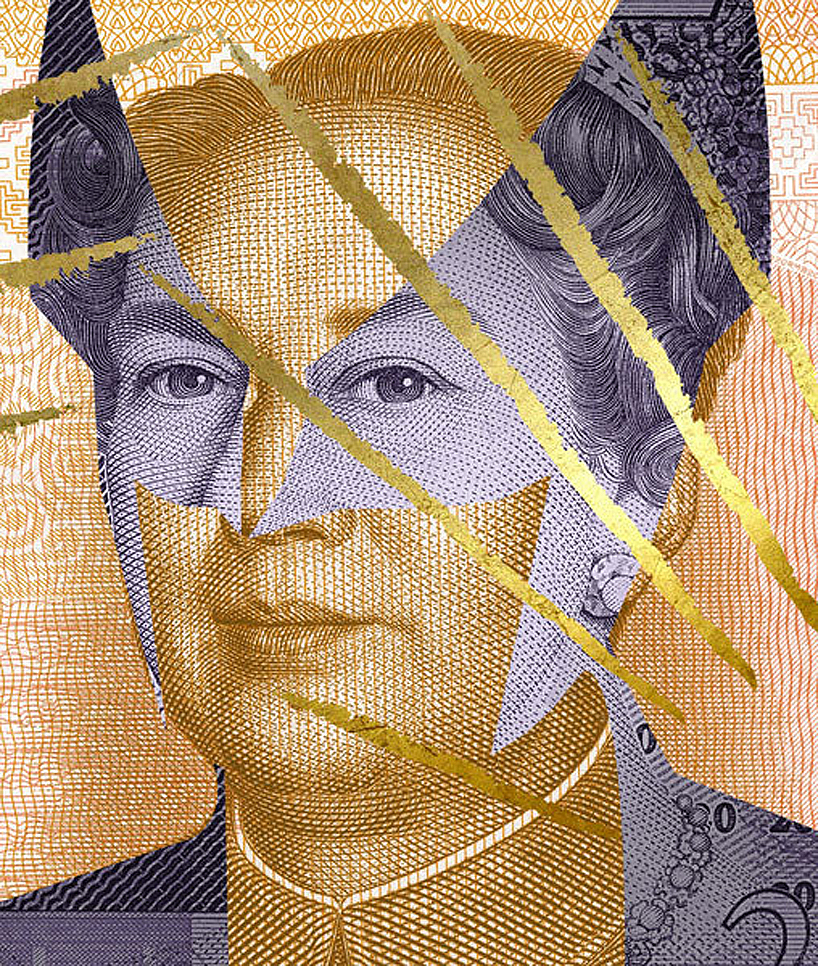 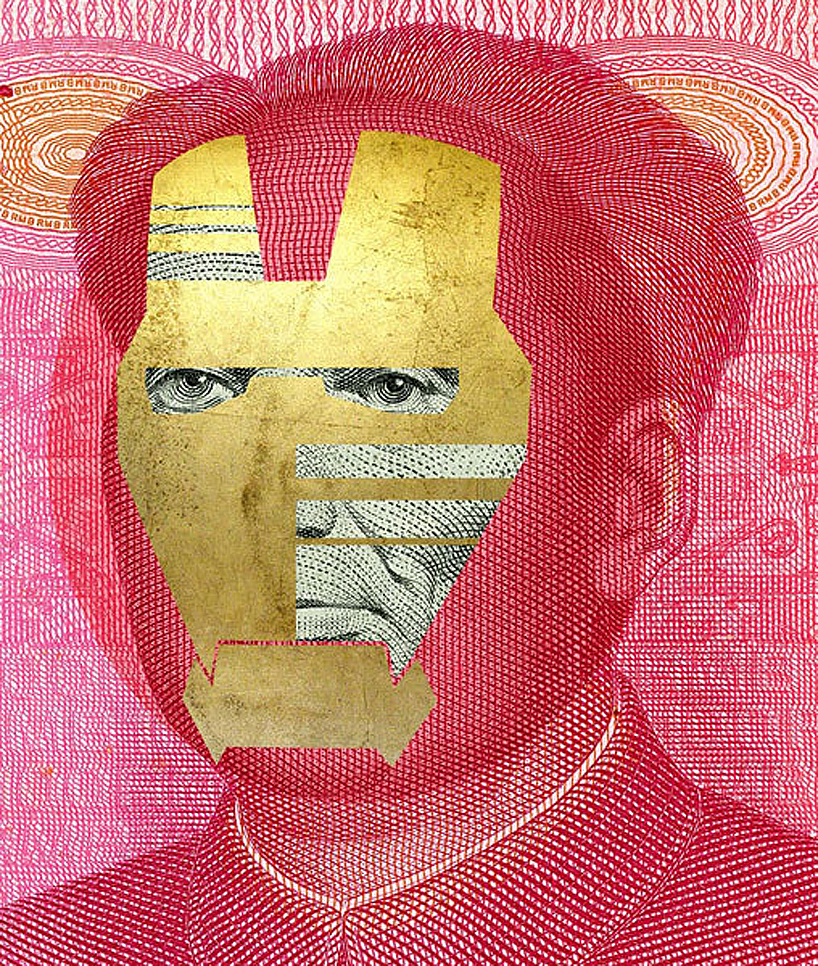 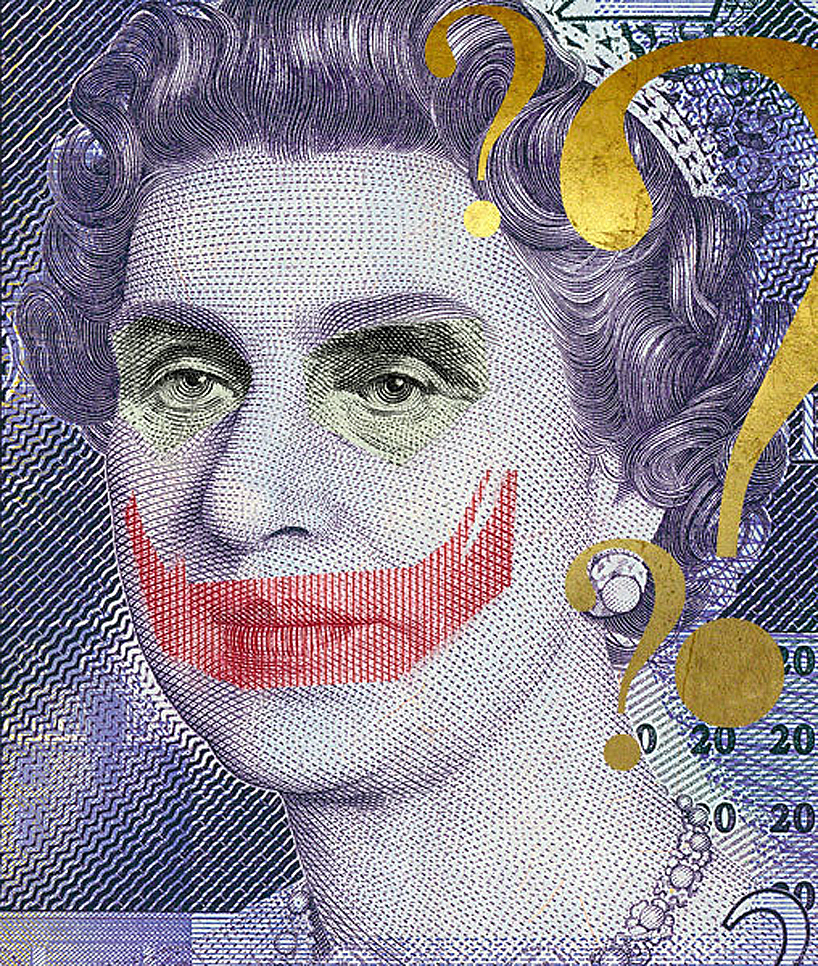 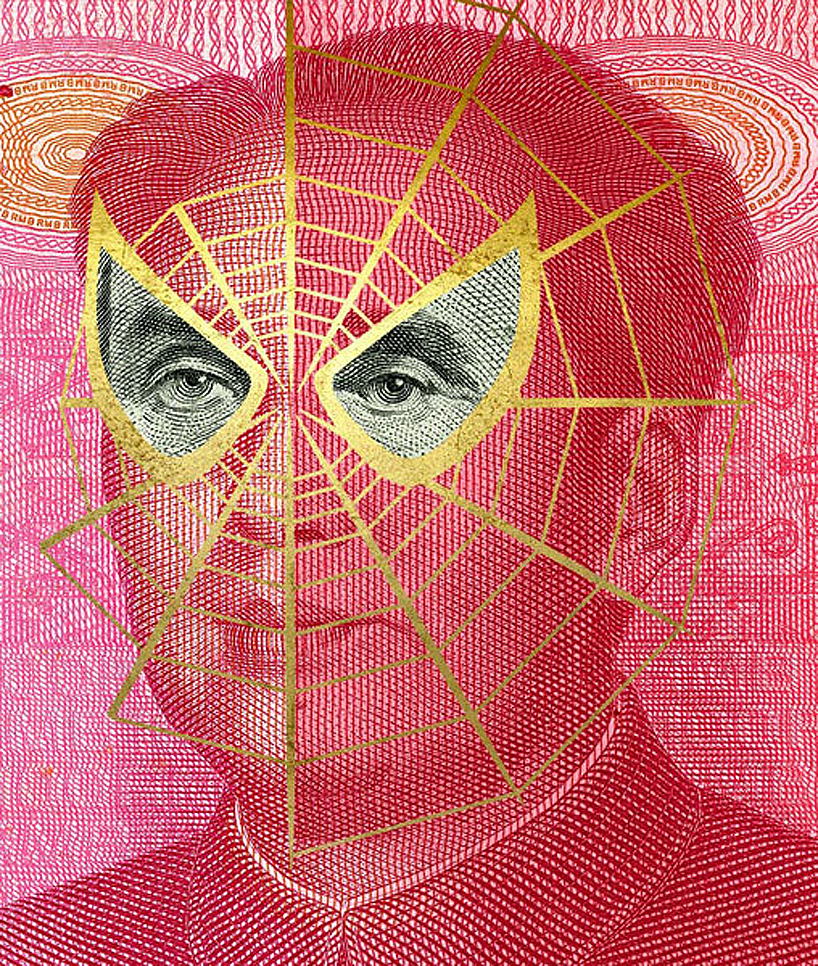