known for his public art interventions, british artist alex chinneck has unveiled his latest pieces at the german städtische galerie kornhaus in kirchheim unter teck in an exhibition called ‘birth, death and a midlife crisis.’ playing with the architectural aspect of the 450-year-old columns found inside the space, the artwork questions materiality by tying one of the columns into a knot. 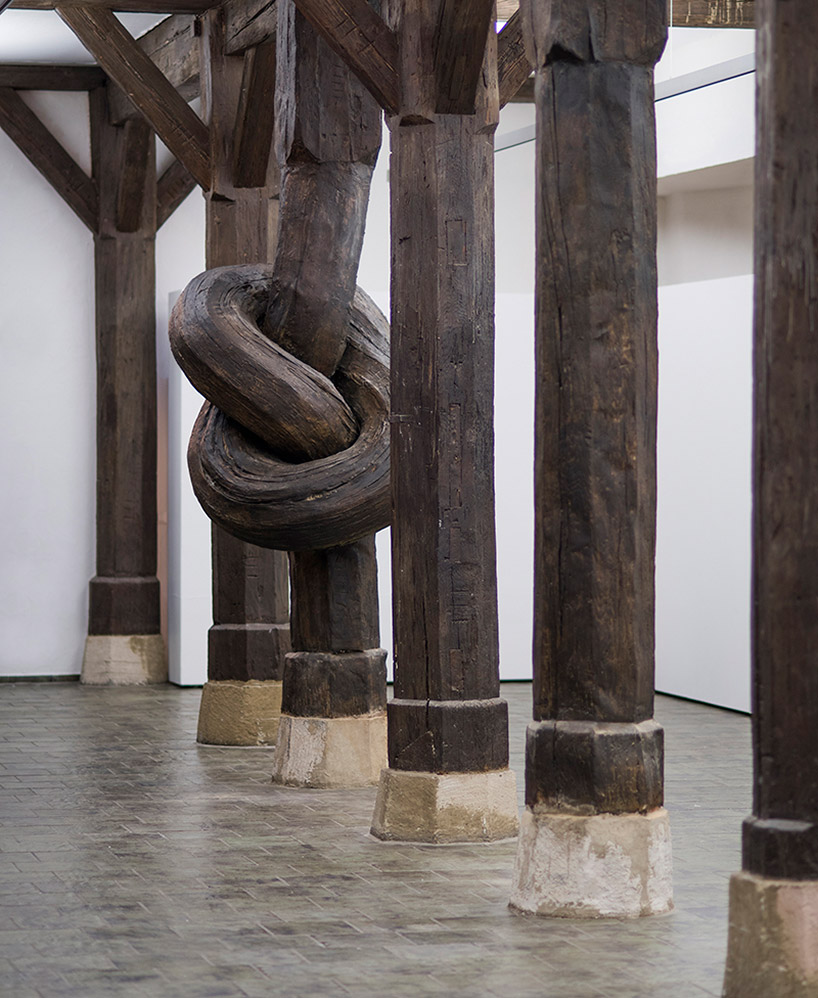 ‘I like to give fluidity to typically inflexible things, transcending their material nature,’ says alex chinneck. ‘the columns are the prominent feature in the 450-year-old museum and this intervention took an opportunity to defy logic and distort history. I wanted to create the impression that we had only changed what was already physically present in the museum and the work was born through the manipulation, rather than introduction, of material. with this approach, the objective was to produce something sculpturally bold but contextually sensitive.’ 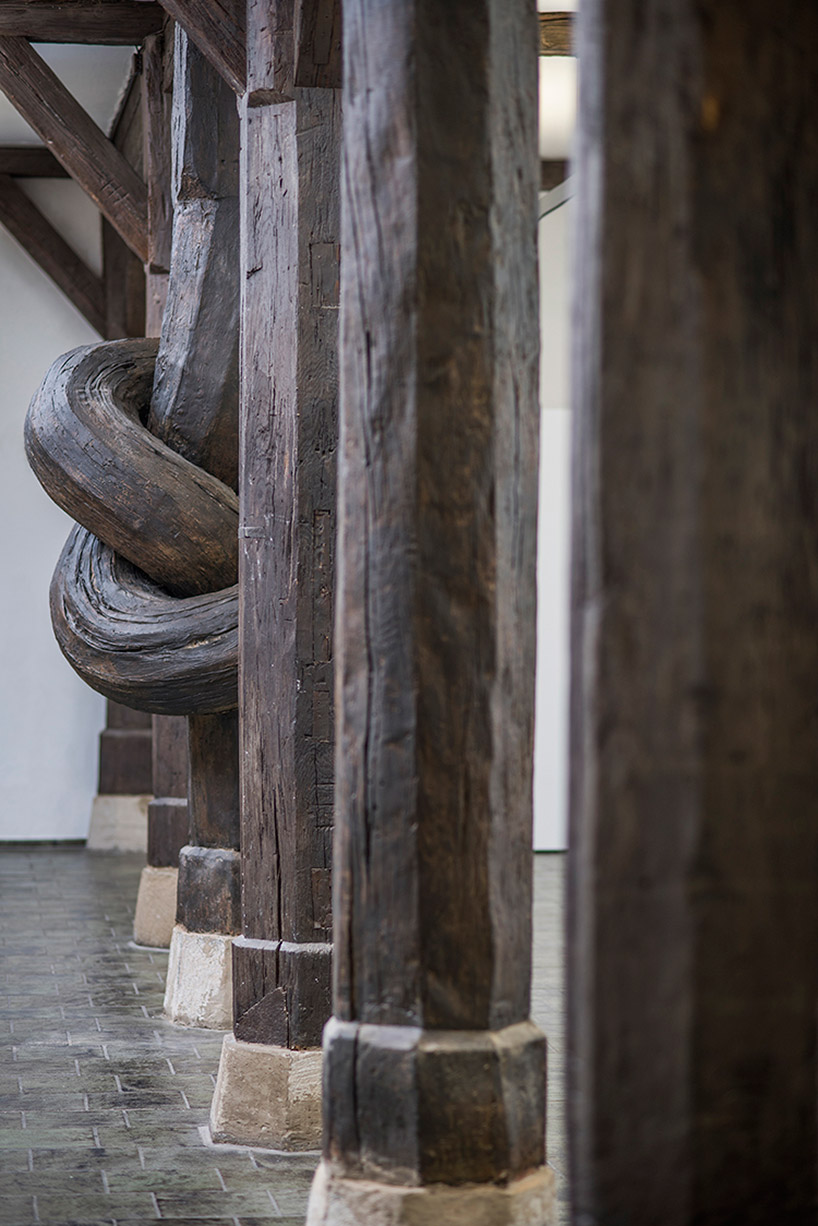 it will run until april 8th

accompanying the knot column, chinneck has also placed a smaller sculpture of a broom leaning against the wall that has also been knotted. the exhibition runs until 8 april. 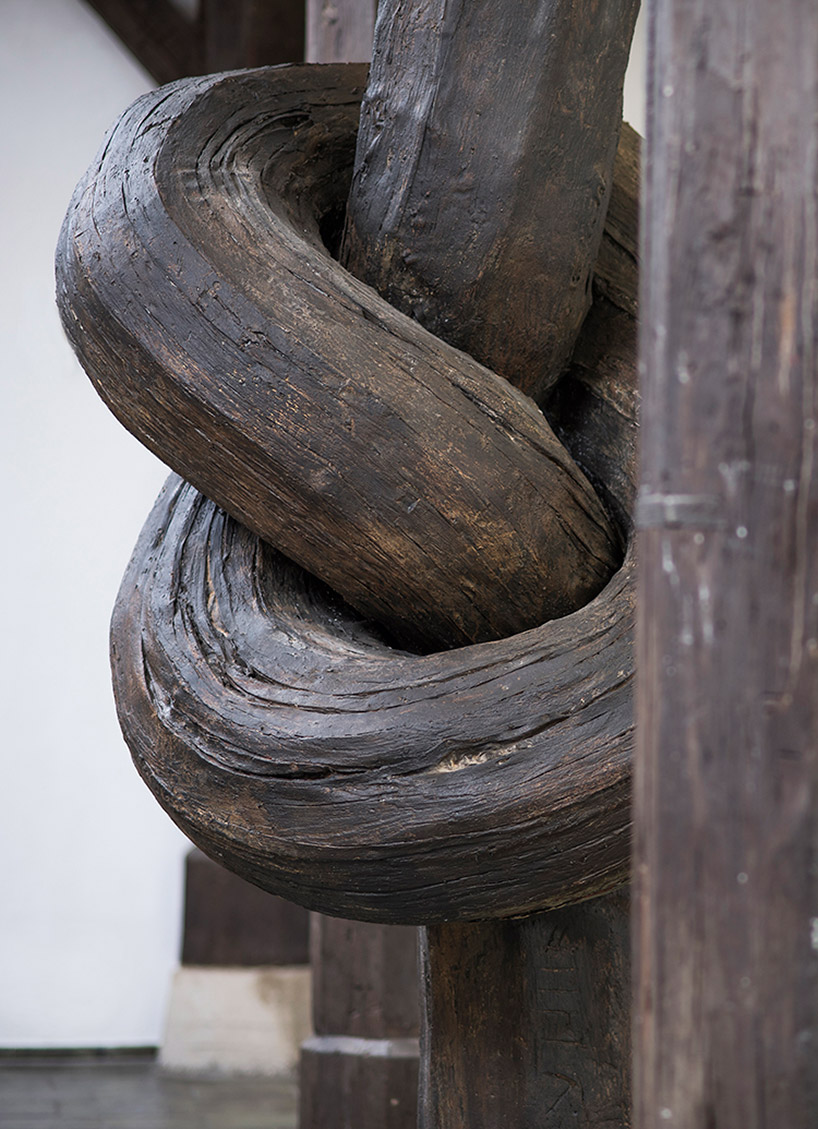 the column has been tied into a knot, playing with its materiality 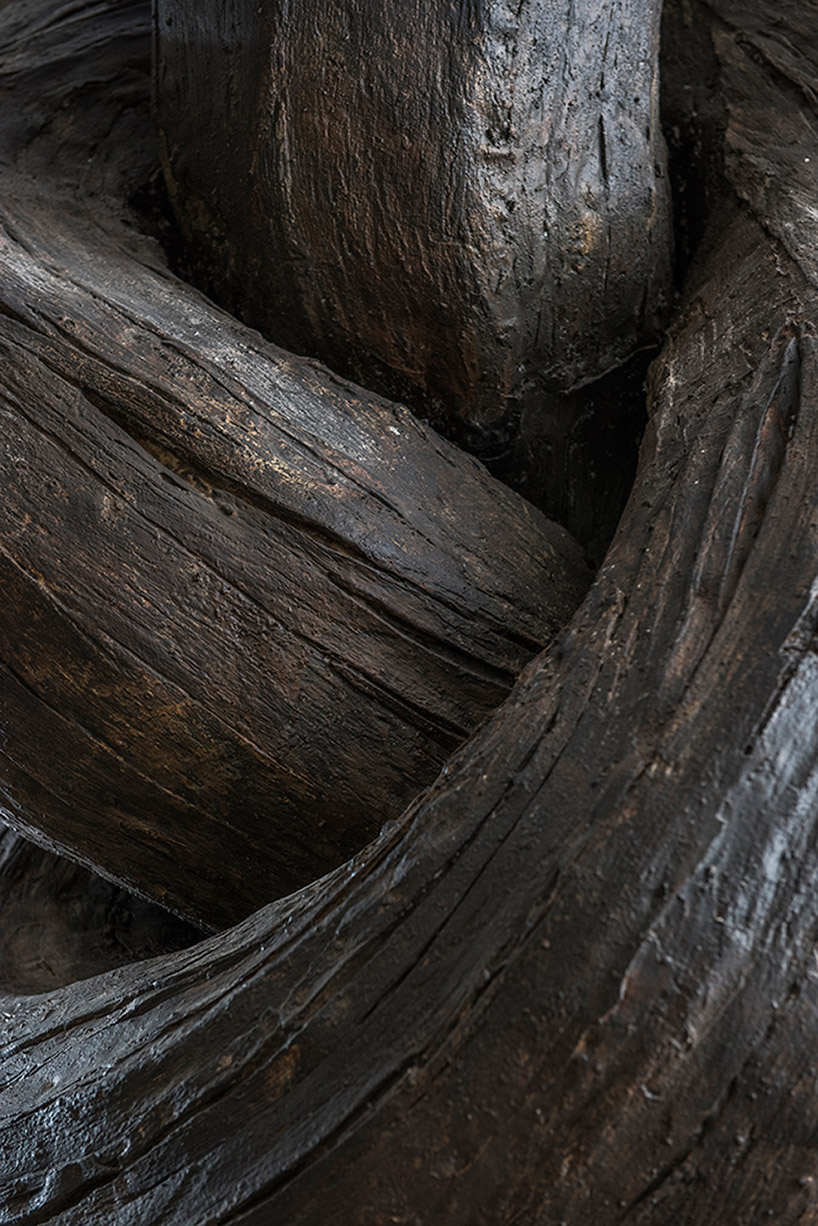 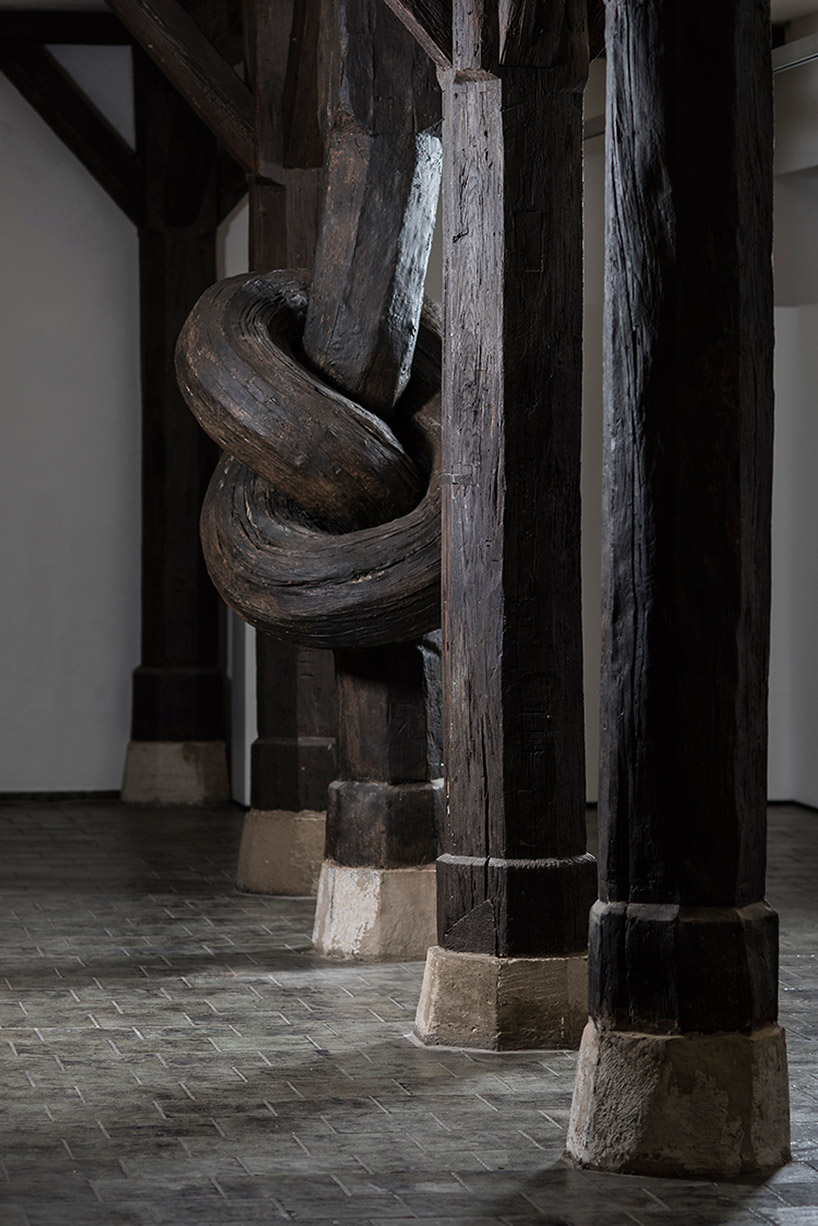 an extra straight column has been added to maintain symmetry 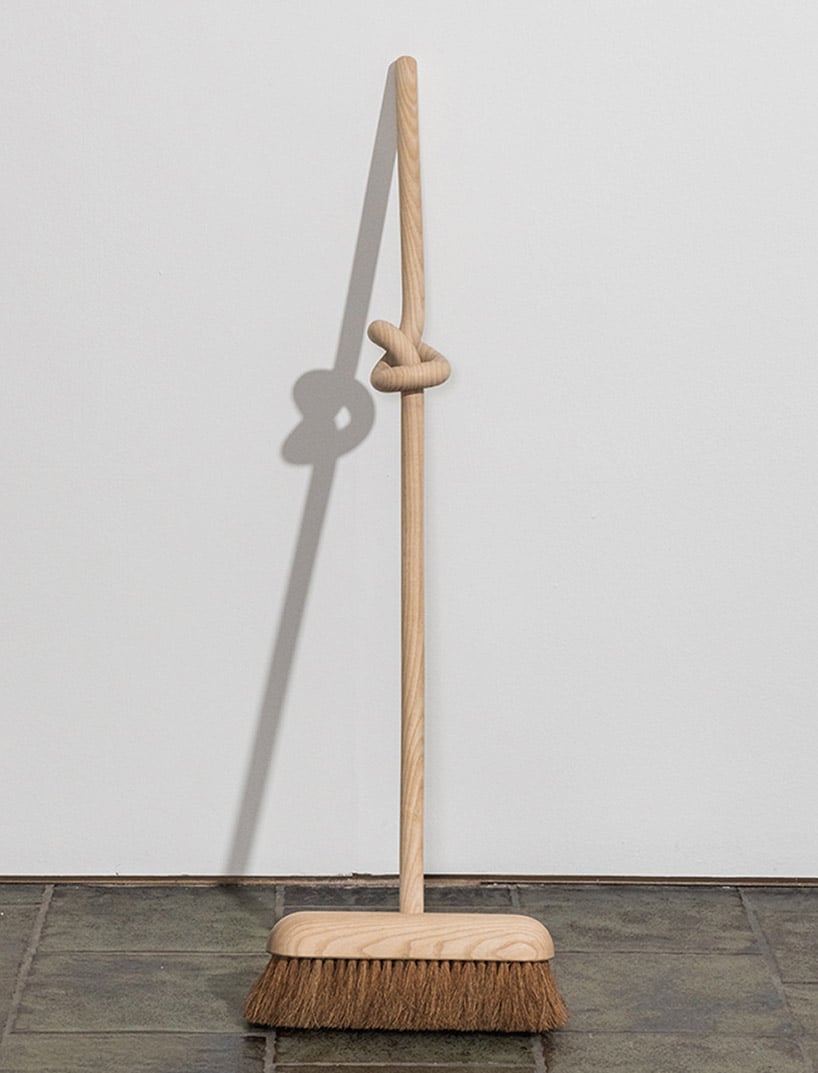 the broom also features the knot 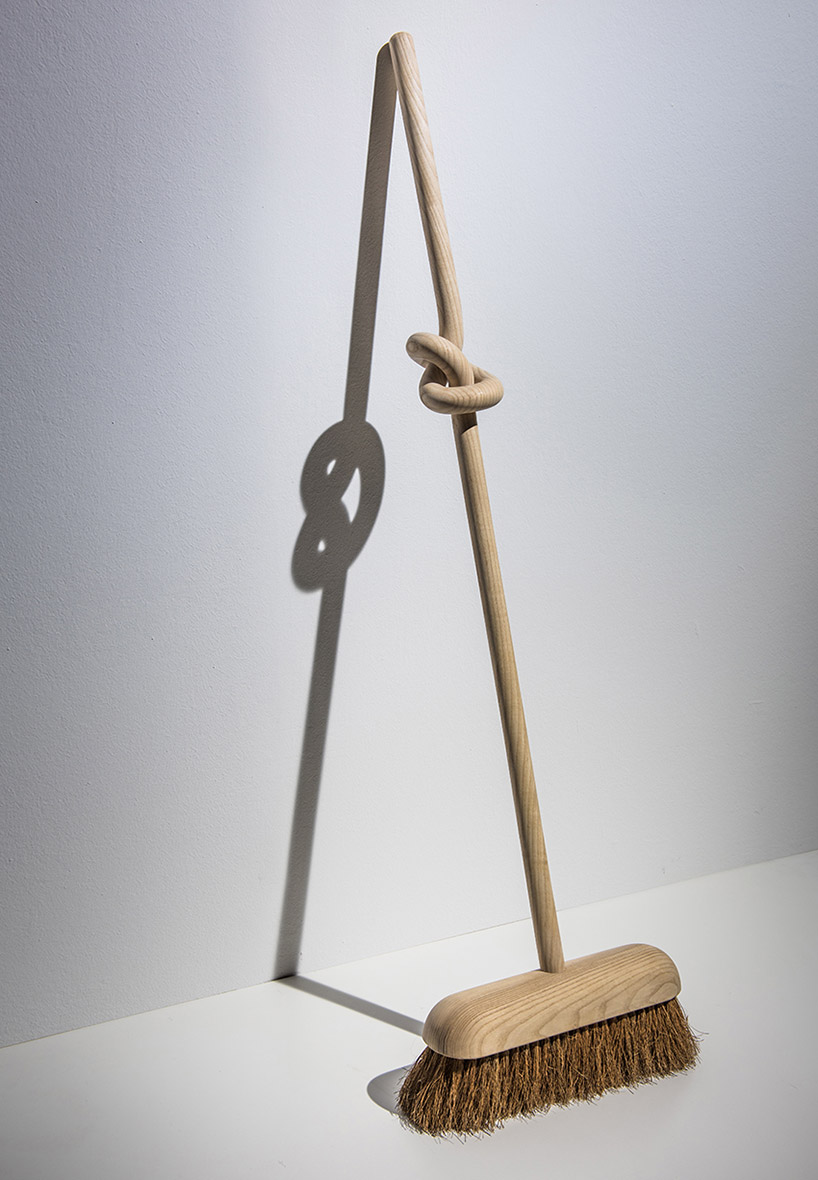 Apr 28, 2021
healed ghosts of history: jannick deslauriers on expressing ephemerality through fragile fabric forms
in an interview with designboom, deslauriers shares how her use of transparent fabric highlights the fleeting fragility of our surroundings.
art
223 shares
connections: +1320

Apr 25, 2021
paola pivi on the ephemeral nature of her feathered bear feet rainbow at massimo de carlo
‘they are artworks with a positive, fun attitude to life, very approachable,’ pivi tells designboom. ‘human size in these times of human hardship.’
art
0 shares
connections: 17