british artist alex chinneck has installed a series of ‘knotted’ postboxes across the UK. the surrealist sculptures, which form part of a new artwork called ‘alphabetti spaghetti’, appear in london, margate in kent and tinsley in sheffield. 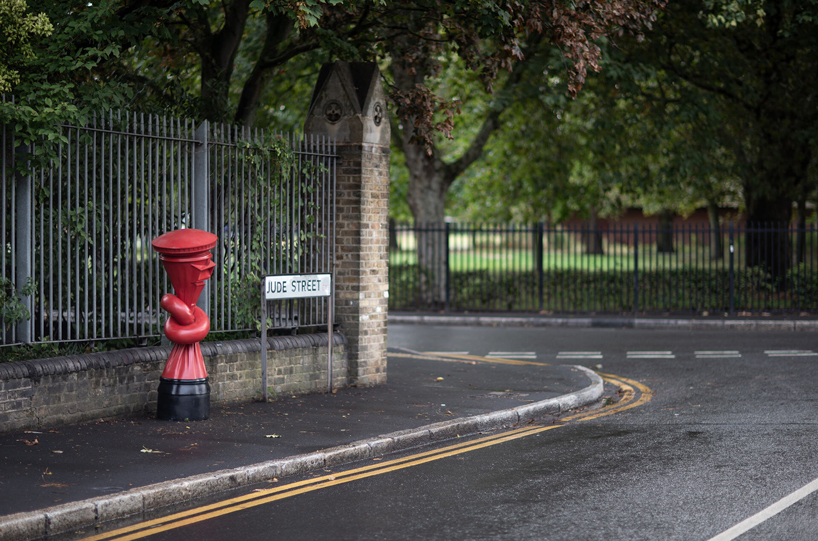 alex chinneck is best known for creating mind-bending temporary public artworks. during milan design week earlier this year, he made the traditional facade of a building appear as though it had been zipped open. he created a similar illusion in 2018, when he ‘peeled away’ the facade of an abandoned office building, also in kent. 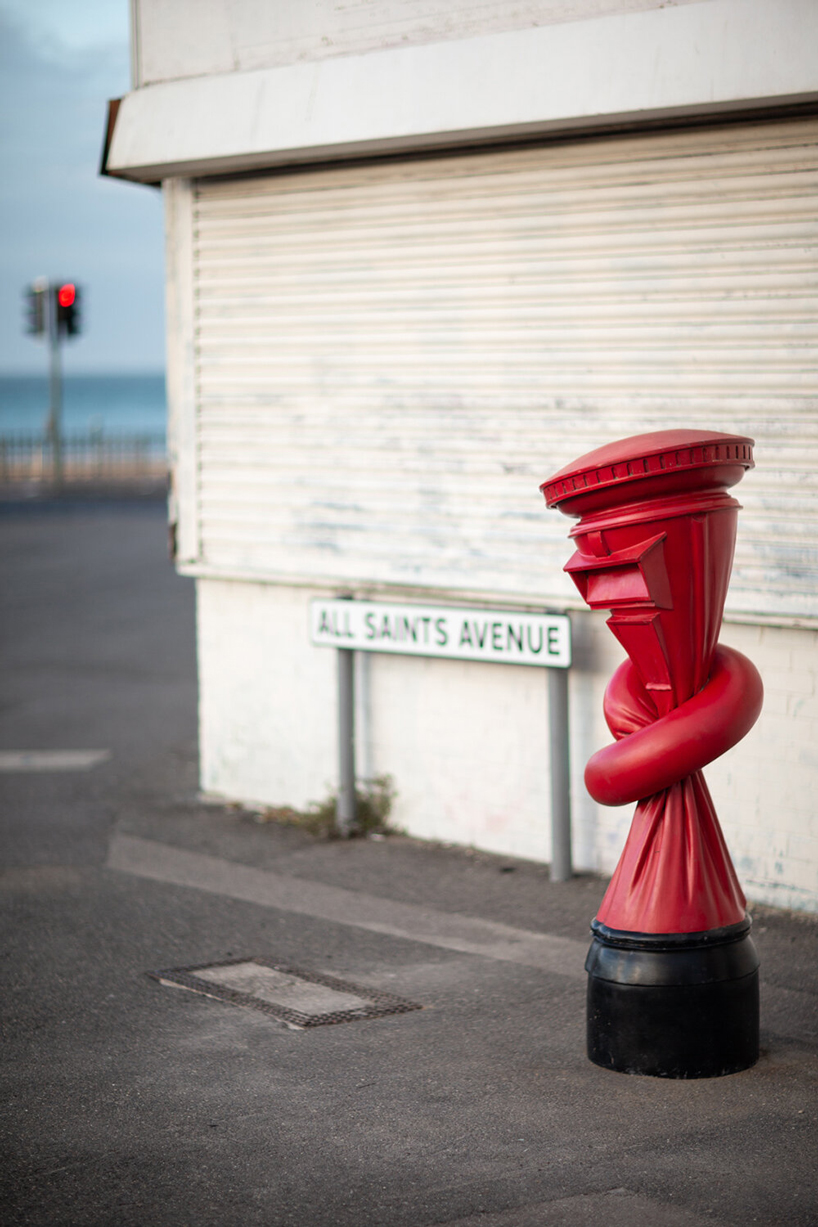 the locations of the new sculptures were chosen because they have a significant meaning for the artist. the east london site is where chinneck created his first public artwork in 2012 – a derelict warehouse with 312 identically smashed windows. 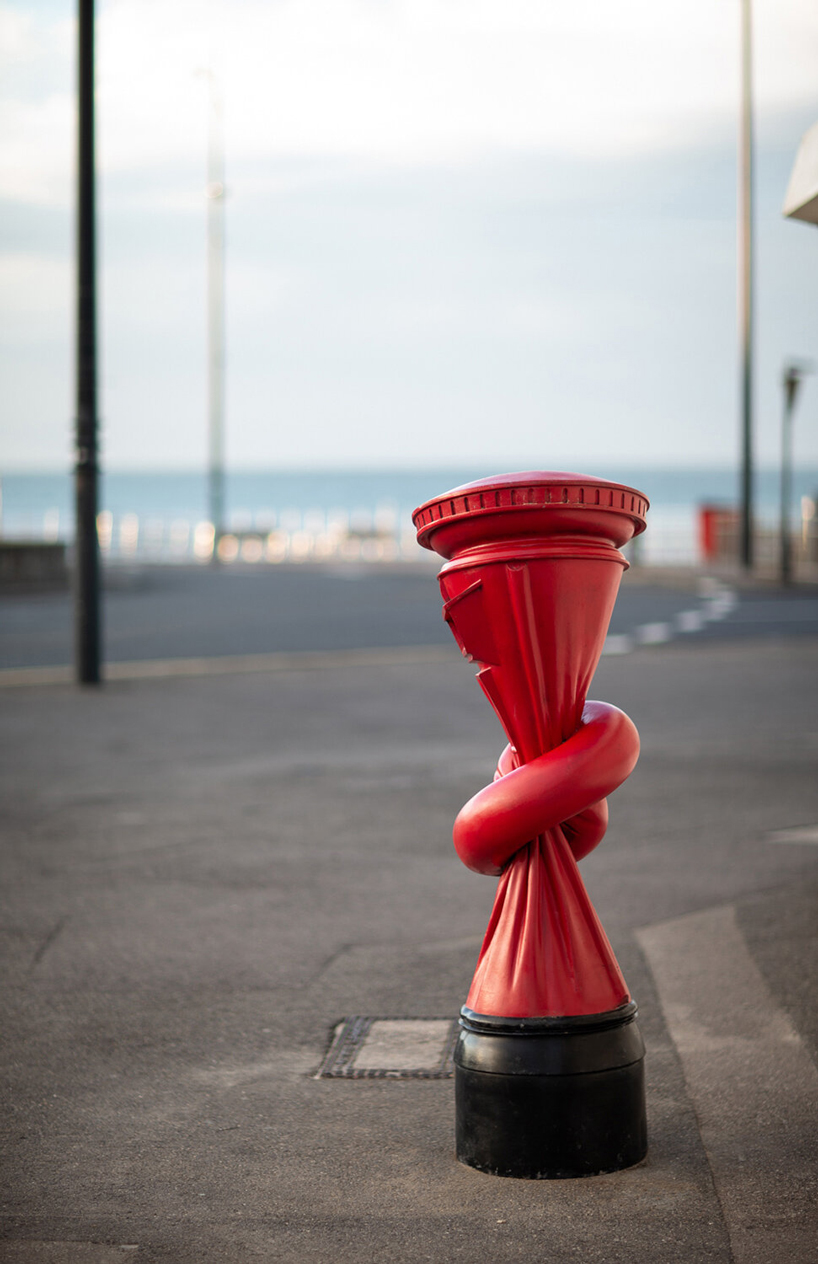 in 2013 chinneck installed a house with a curved frontage that appeared as though it was sliding into the front garden. he is currently working in tinsley, in the north-east of sheffield, preparing a major new public art trail of sculptural red brick chimneys, inspired by the city’s industrial heritage. 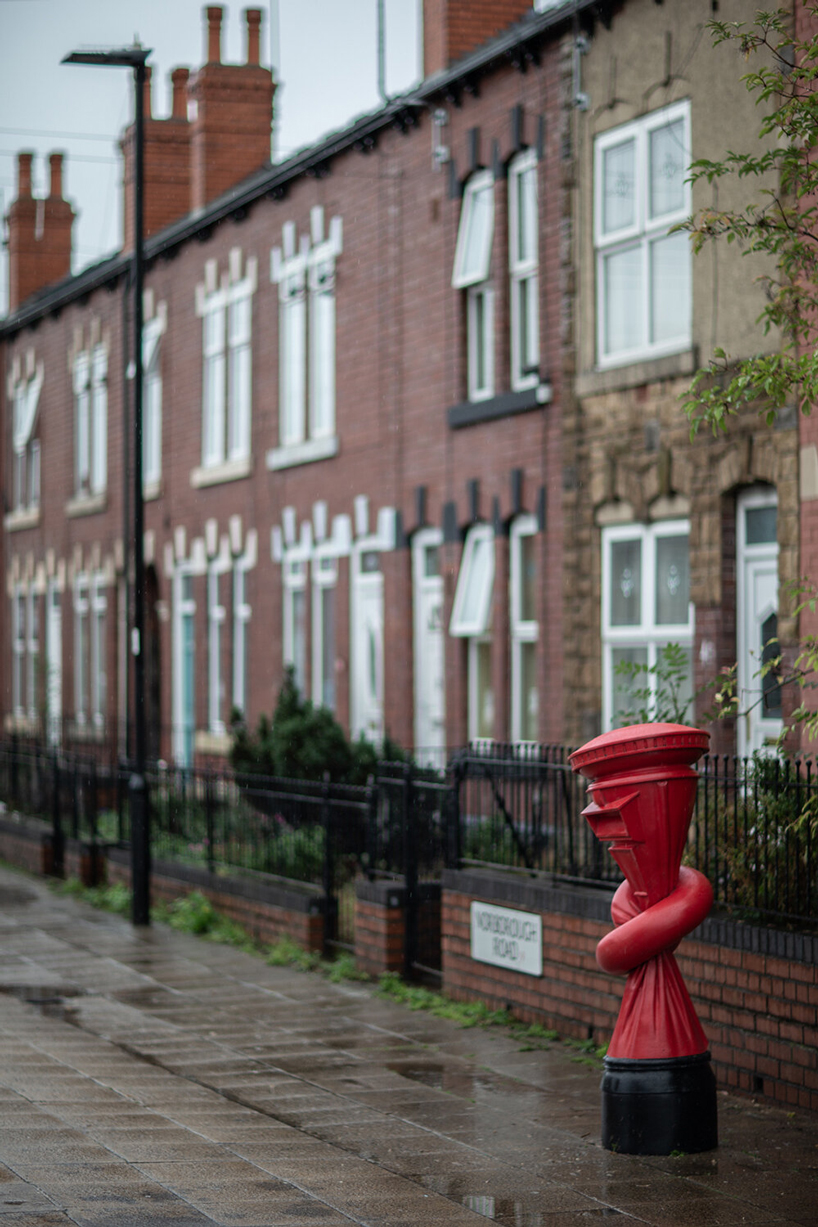 whilst the sheffield iteration of alphabetti spaghetti will be in place until 29 september, and the sculpture in margate will remain in situ until 12 january, the london installation will remain on caxton street permanently. 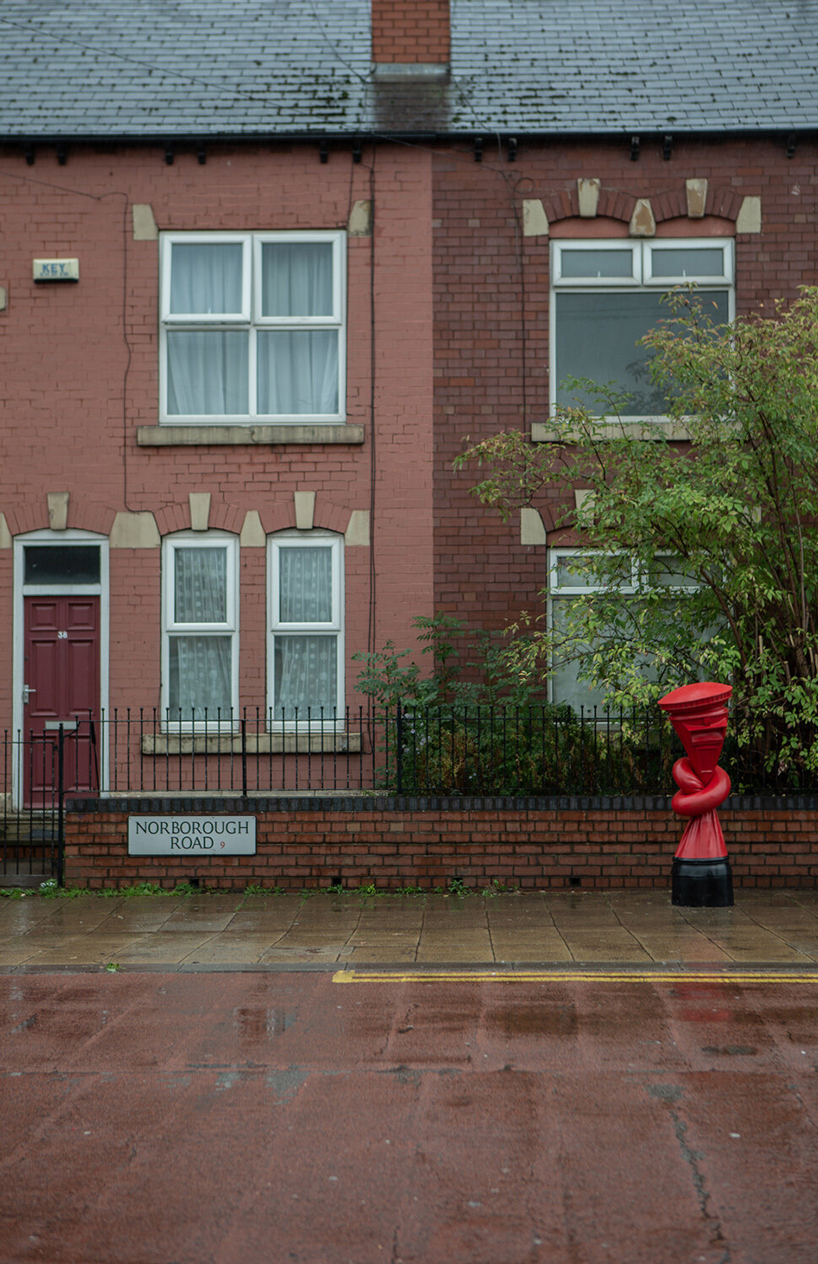 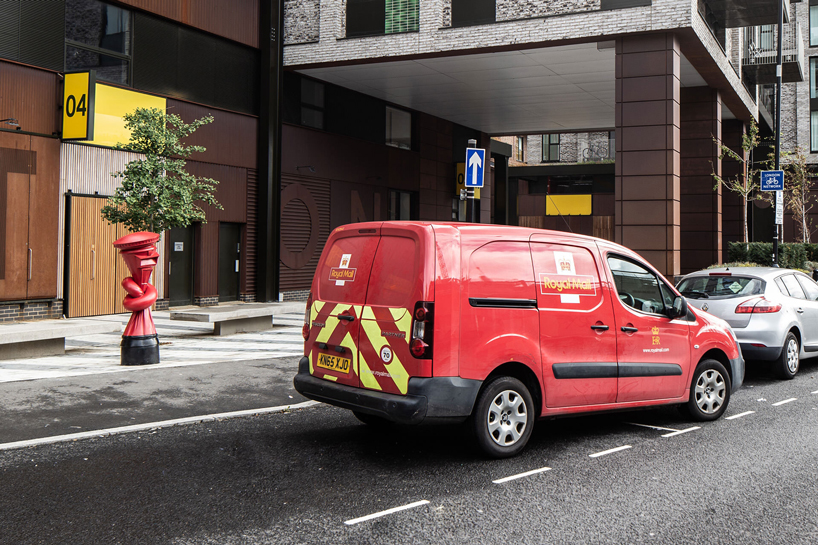 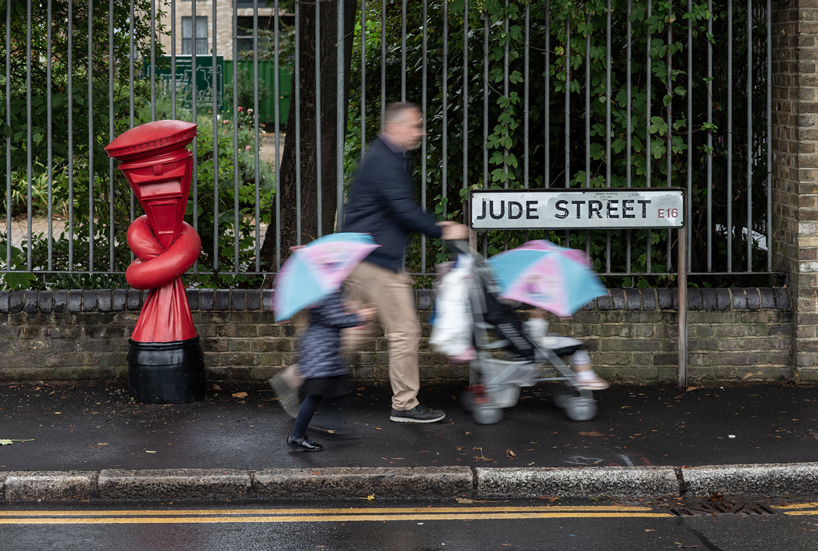 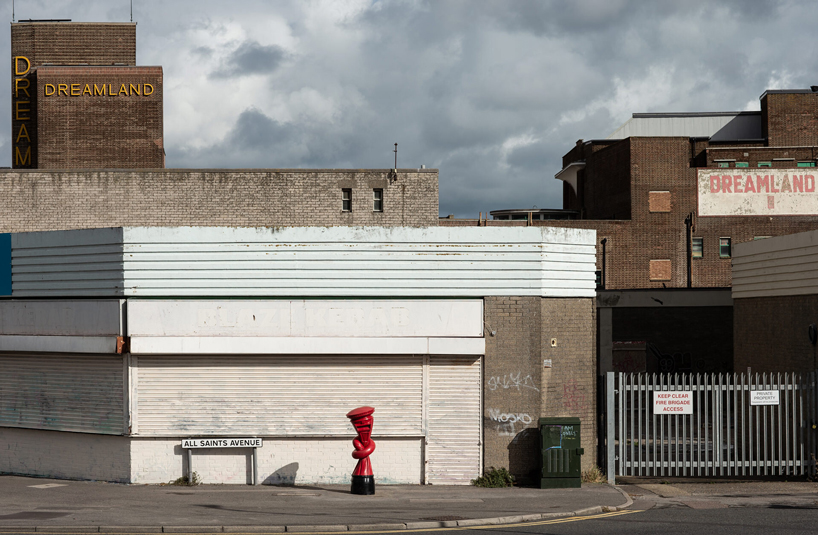 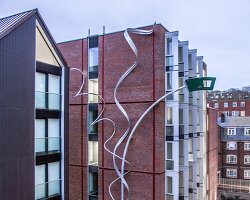