photography, painting and sculpture marry in british artist alexander james‘ underwater compositions, which he submerges in a huge, dark tanks of purified water. for his latest installation, james has engaged in a dialogue with a russian space, working with local models, materials and artifacts for ‘distil ennui’, a recent exhibition at triumph gallery. figures of young, men, women, and children are captured floating freely within a veil of liquid in a controlled and intricately composed scene.

the photographs are merely the documentary stage of each piece’s process: the labor-intensive practice involves creating submerged complex arrangements using natural materials and handmade items, and finally using a paintbrush on the surface tension of the water to add chroma and hue to the scene. containing the artificial landscape reservoirs of water, light is allowed to pass through, giving the resulting images a painterly appearance. the surface of the water becomes a canvas on which james can move a brush, briefly capturing the haunting and ephemeral moment in an intense state of depth and chiaroscuro. 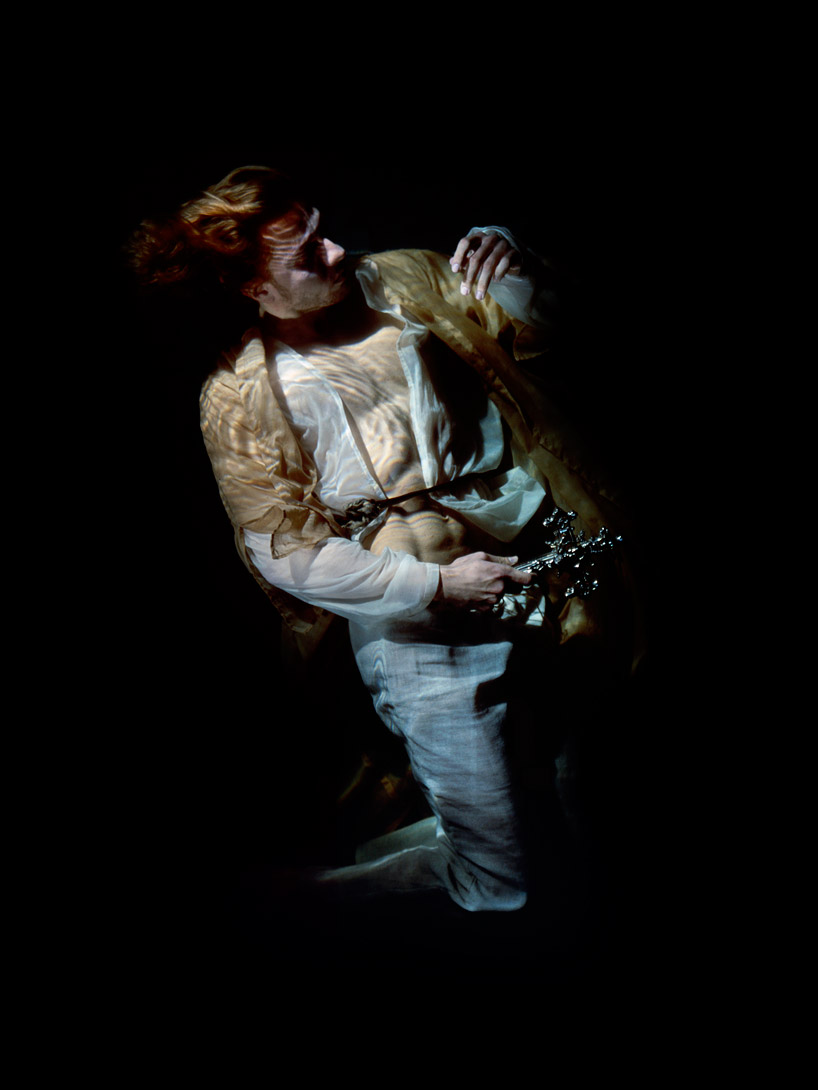 ‘the faces are covered over in ripples, they blur, sometimes they can’t be made out at all. the fabric of bright colors, in which the bodies of the individuals are wrapped, or the clothing of an indeterminate-romantic style in which they are dressed, under the water is made up of incredibly intricate, but always smooth, as in a slow-motion film, streaming folds and wrinkles. the continual and reciprocal shifting of lit and shadowed sections across the faces and bodies of the models, defined by the natural movement of underwater flows and eddies that can’t be made out by the naked eye, give the images a mysterious and enigmatic but genuinely painterly character that is stressed by the black, neutral background against which each figure stands out so effectively,’ andrey tolstoy, grandson of leo tolstoy describes of the project. 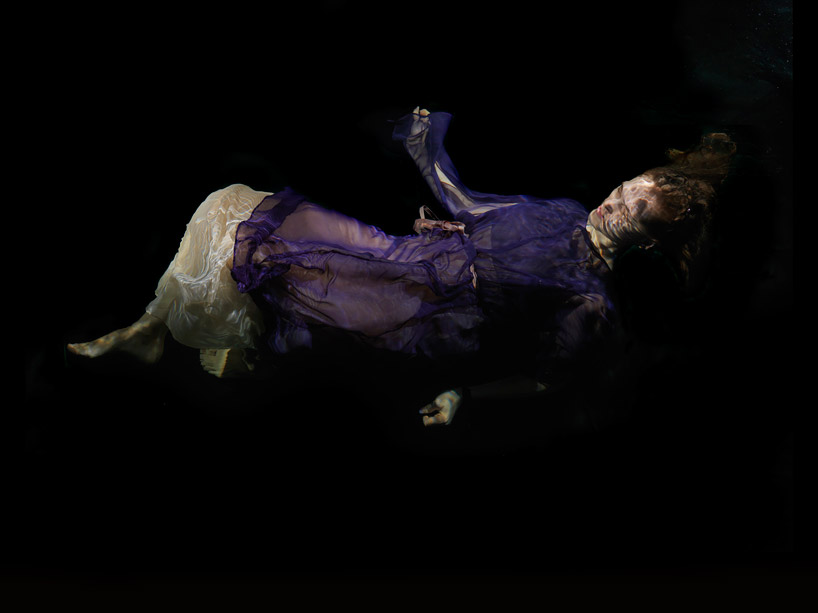 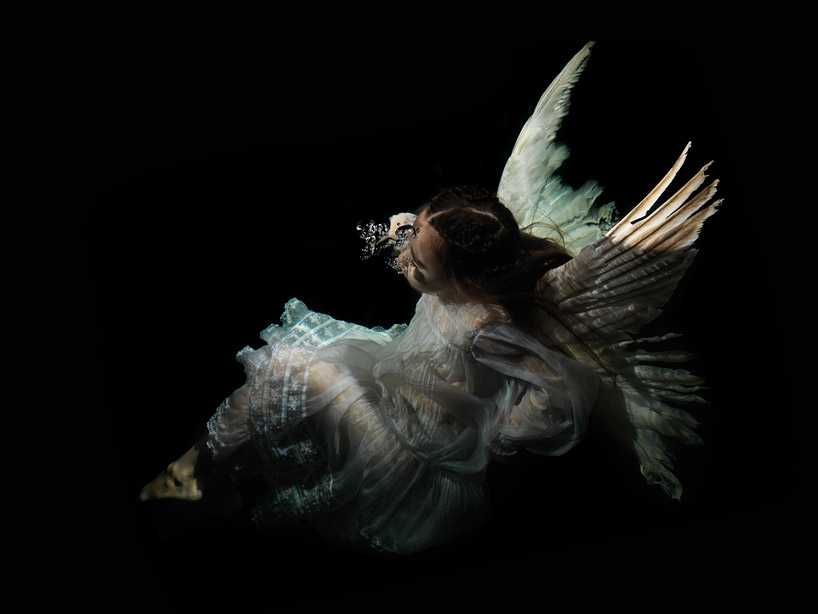 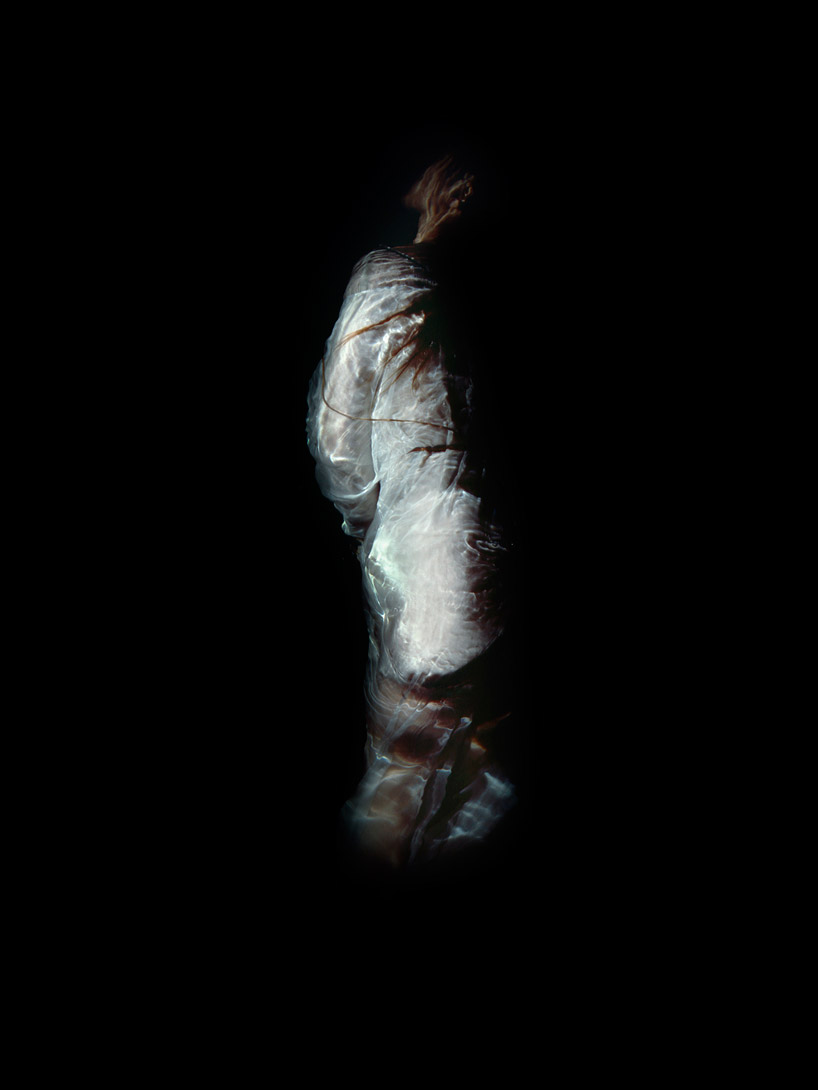 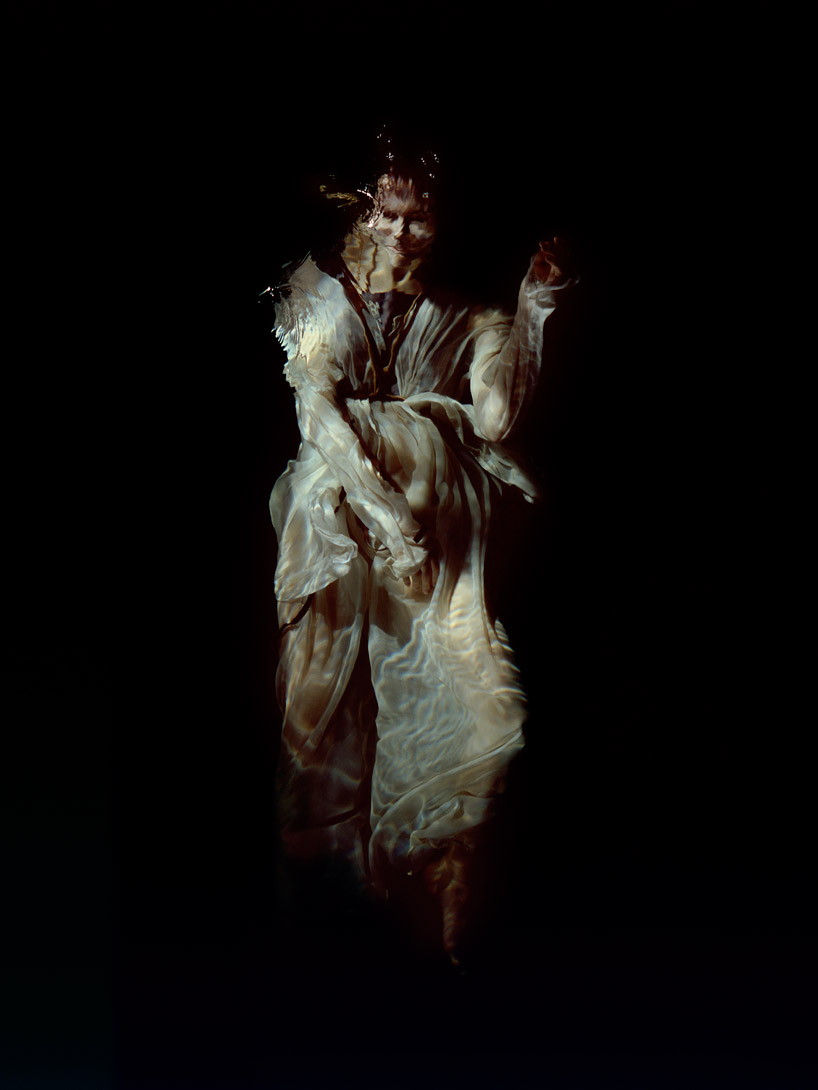 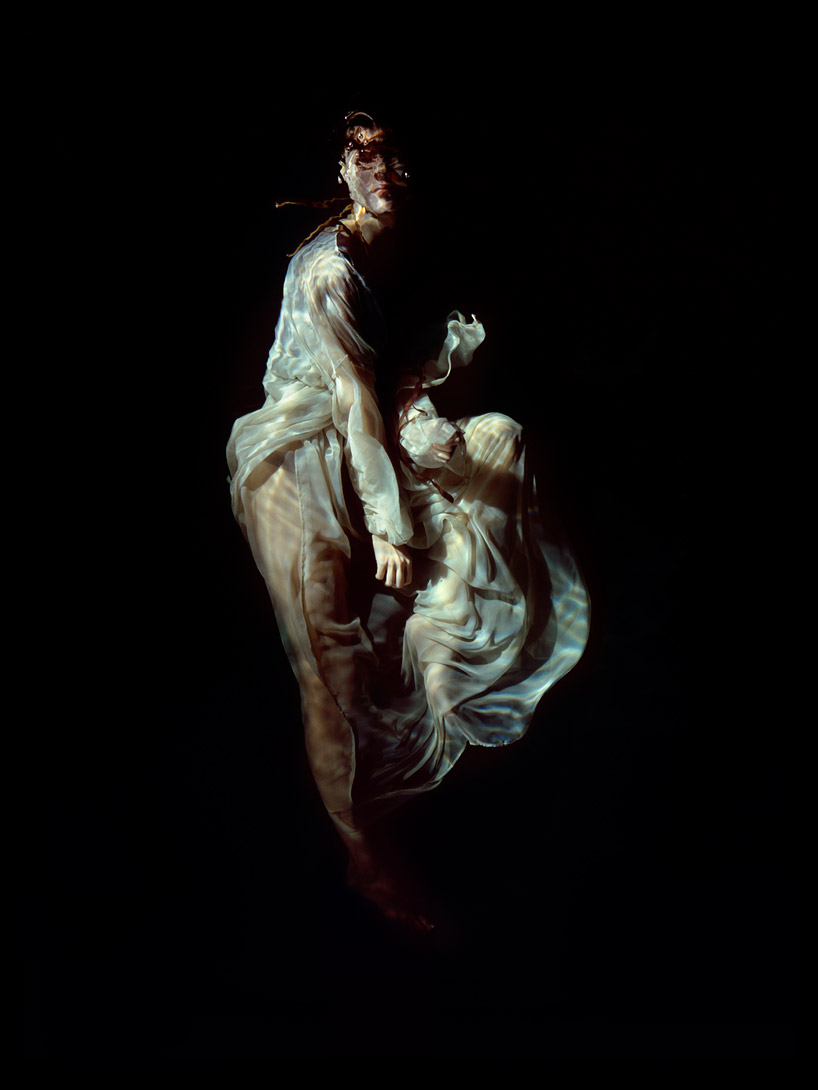 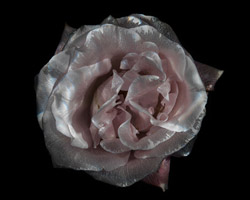