‘le pyromane’ by ali cherri was made in response to the act of self-immolation as political protest. the artwork, which was presented at cherri’s solo show ‘a fleur de peau’ last year, spells out ‘I am not a pyromaniac’ using hundreds of matchsticks.

‘on december 17, 2011, mohamed bouazizi, a tunisian street vendor, doused himself with paint thinner and lit a match. his desperate act sparked uprisings across the arab world, and inspired a large number of other men to set themselves on fire.

those serial self-immolations provoked me with horror and wonder, I began questioning how could someone reach this extreme political statement?

the installation ‘le pyromane’ (the arsonist) states what this act is not the result of: an obsessive desire to set fire to things.’ – ali cherri

ali cherri is a lebanese artist based between paris and beirut. 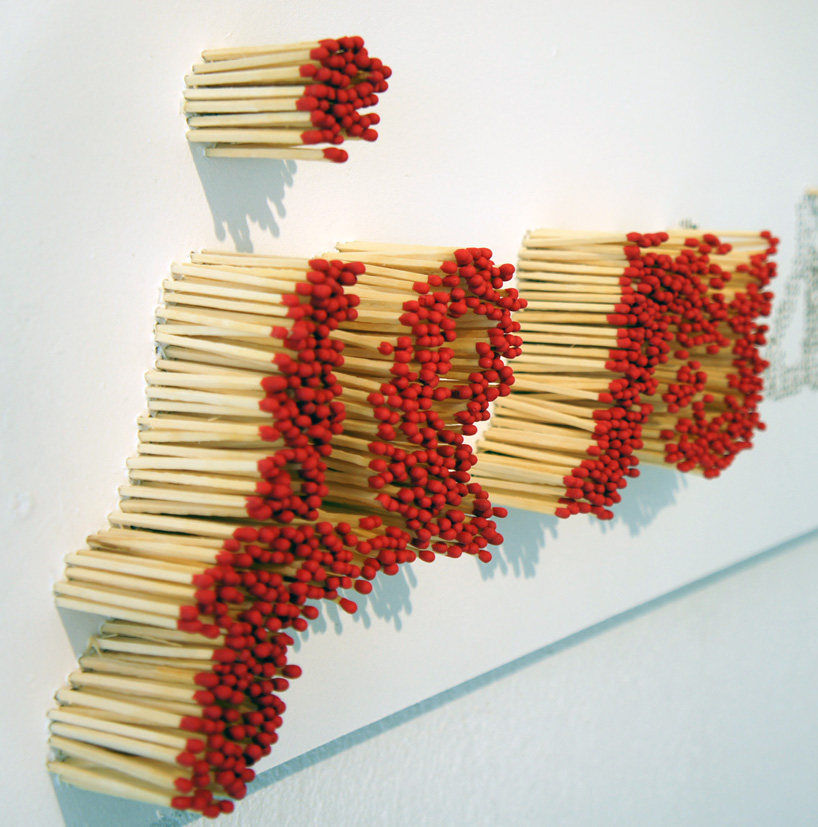 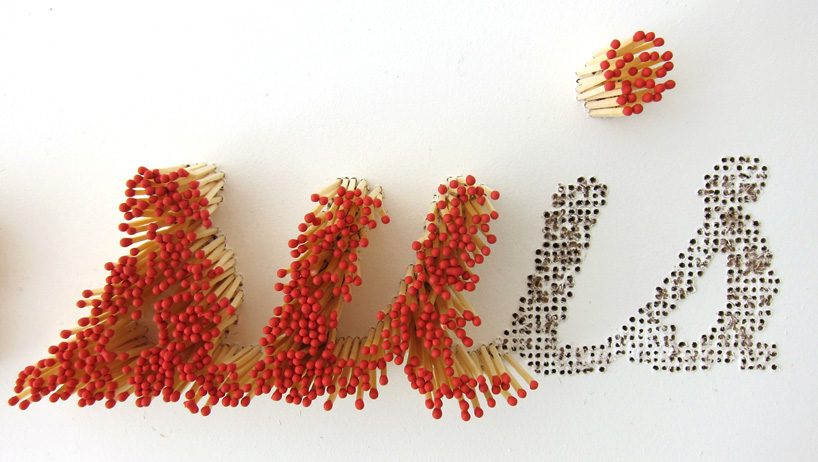 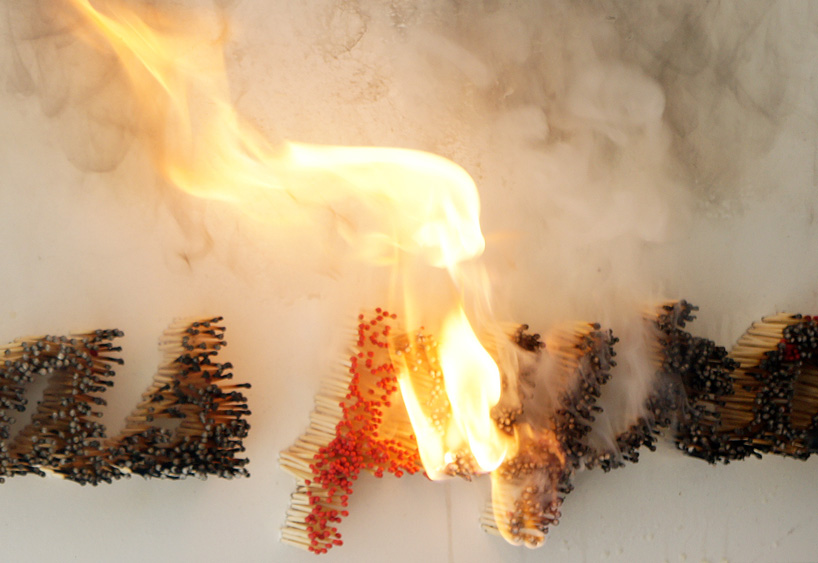 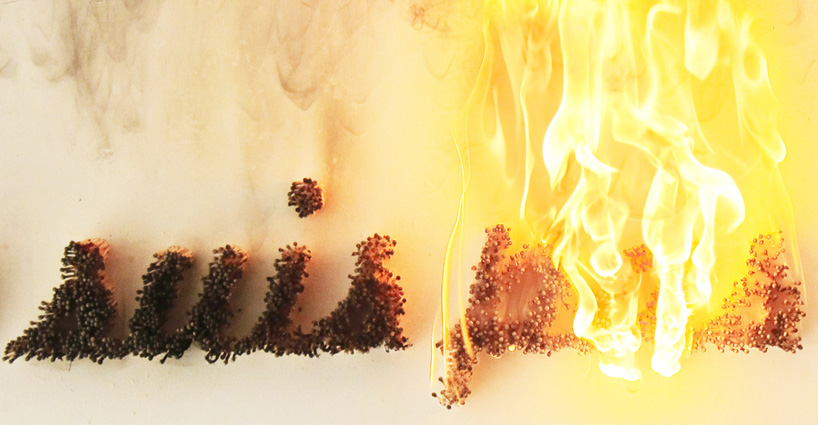 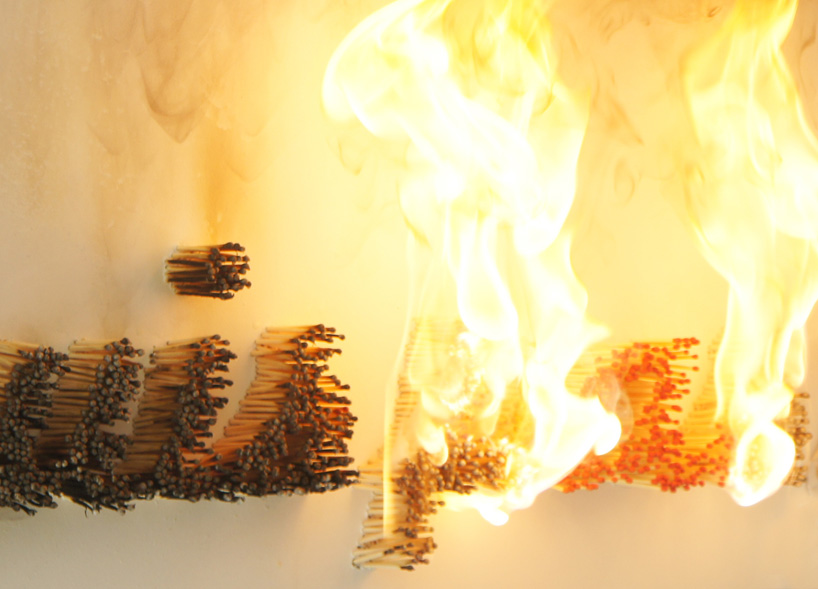 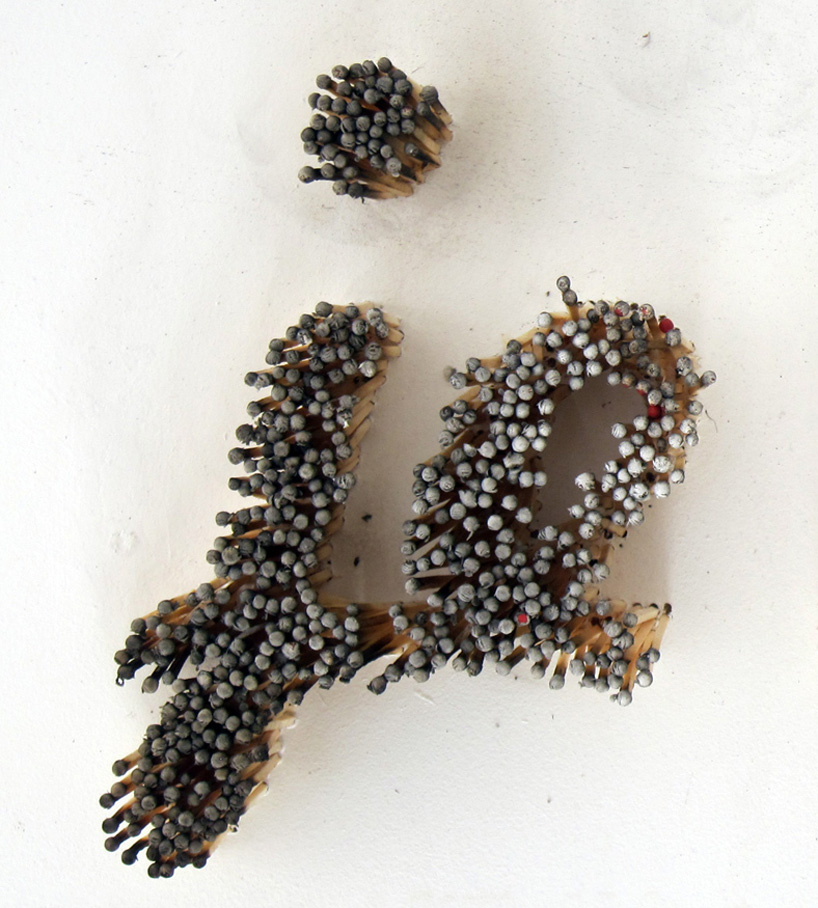 the phrase rendered in burnt matchsticks 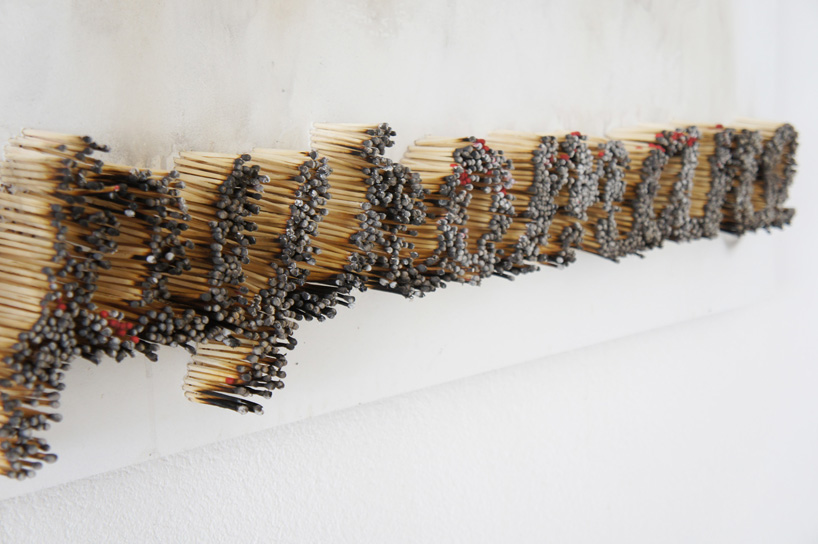 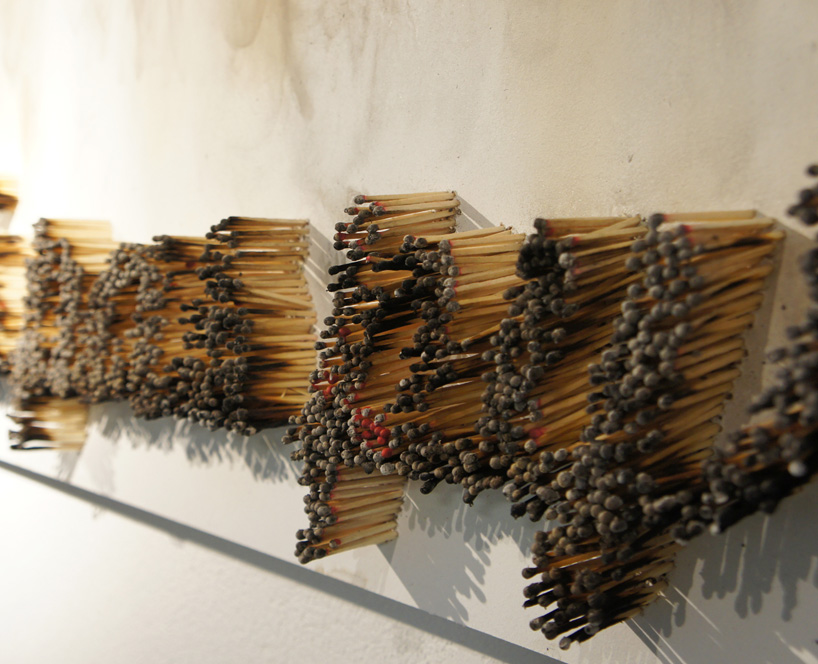