‘eternity’, a performative sculpture by alicia eggert and mike fleming

‘eternity’ is a wall mounted sculpture made by american artists alicia eggert & mike fleming, consisting of 30 electric clocks rear-mounted to a large sheet of white acrylic. during installation, the black hour and minute hands of the clocks are aligned to spell the word ‘eternity’, and the clocks are plugged in to a series of power strips on the floor. the hands begin to move as soon as the switch on the last power strip is flipped, and the word almost immediately becomes a jumble of moving black lines.

‘eternity’ does not reappear until the hour hands return to their original positions twelve hours later. and even then, it last a mere split second.

timelapse video of the twelve-hour progression of the piece 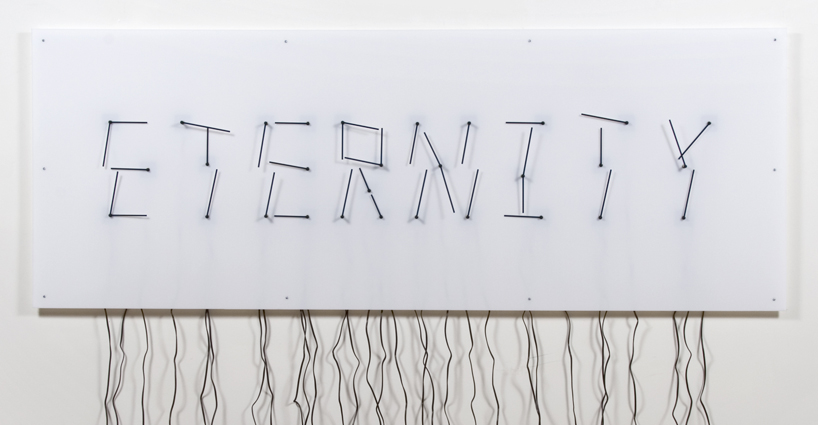 view of the piece at two minutes after eternity detail of the clock hands and mounting hardware 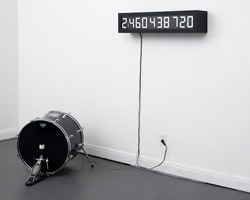