two years ago, artist amy bennett designed and built a scale model of her neighbourhood. through buildings this miniature world, bennett began to image the people and events that occurred in this alternate place. she later decided to translate the sotries she imagined in this model into a series of paintings. these works each appear to be a painting of the model, complete with cut-aways and small people. each one allows the viewer to image what is going on, creating their own narrative in their mind. the series is filled with reoccurring scenes, that have evolved over time and are intended to be read in order. however other are singular and their past and future is up to he viewer. amy bennett is a young artist living in portland, maine and first displayed the neighbourhood series at richard heller gallery in los angeles. 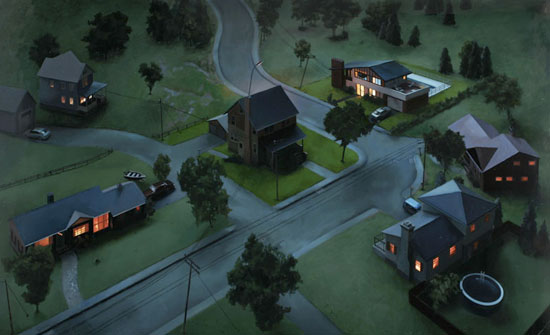 ‘we can never go home again’ 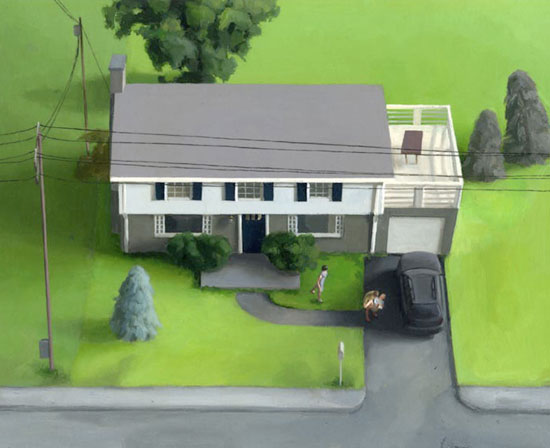 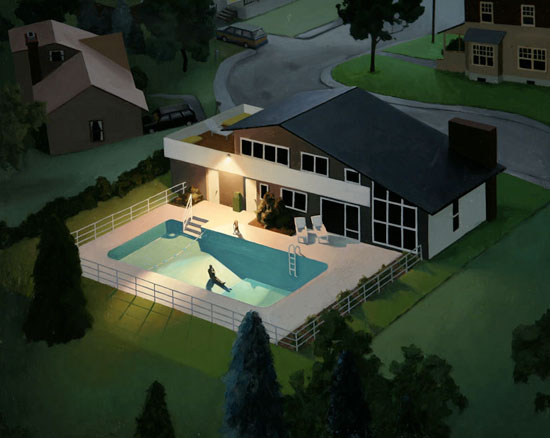 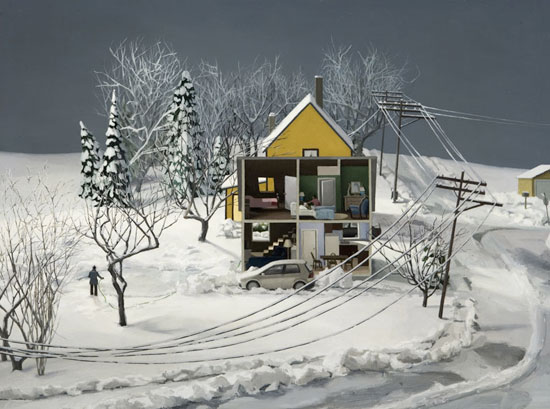 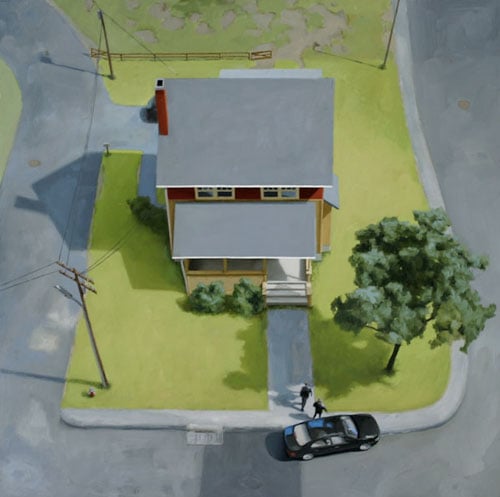 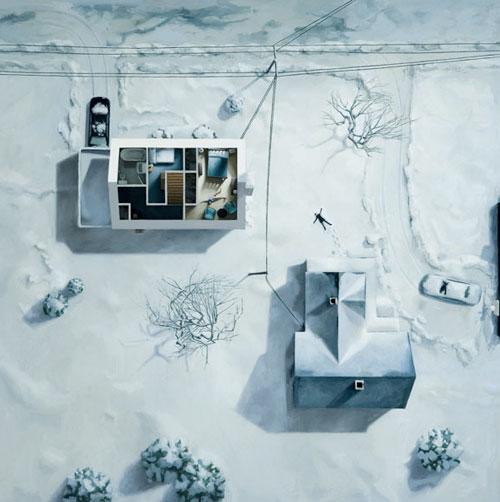 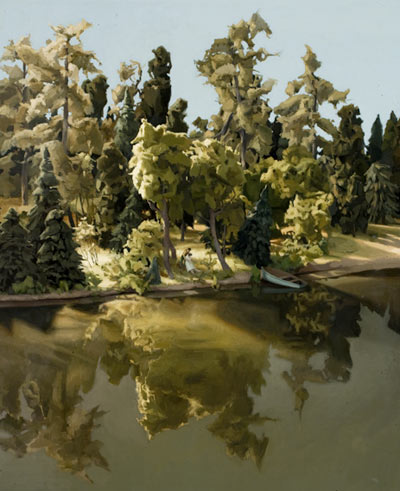