amy casey is a painter based in cleveland, ohio. casey has a fascination with the urban landscape and its evolution and transformation. in her paintings, casey depicts scenes of buildings, homes and city infrastructure being upended. she explains that her work is a reflection of the nervous state of affairs in the world today. while on the surface her works resemble the result of natural disasters, casey also believes in the resilience of life and community. the structures in her works display this resilience as they are repaired, reassembled and salvaged to cope with disaster. she paints most of her images on paper using acrylics. 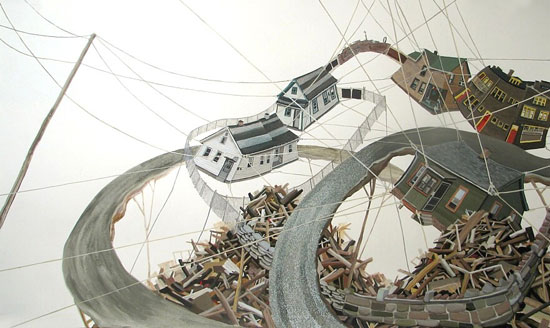 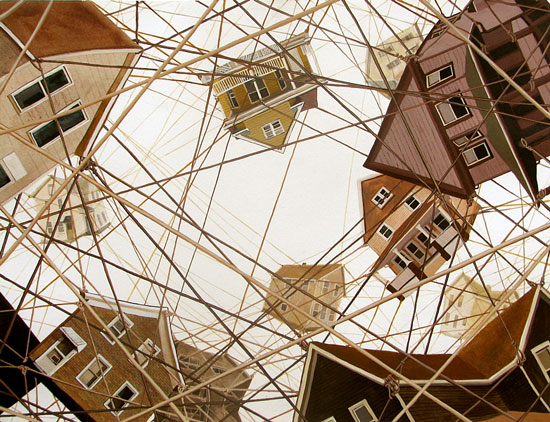 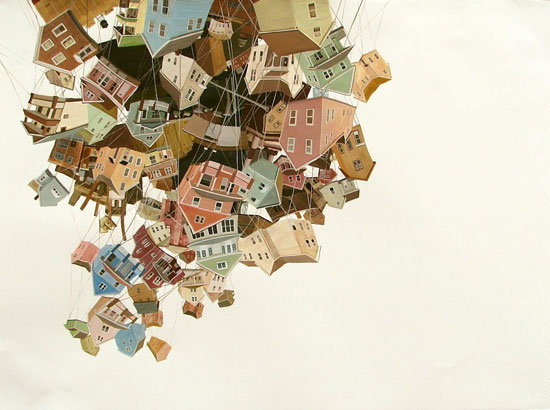 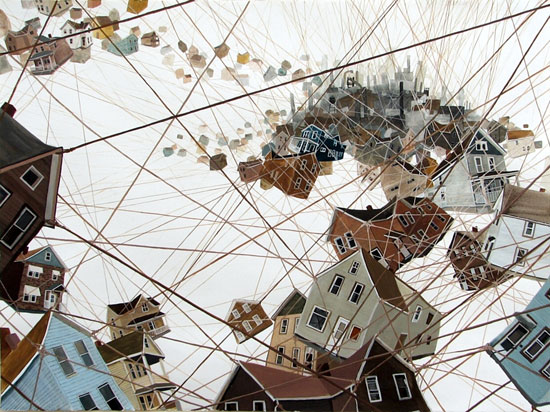 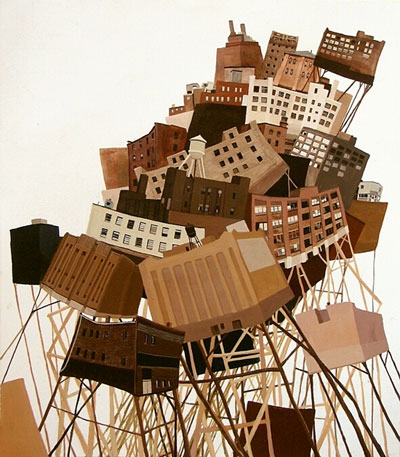 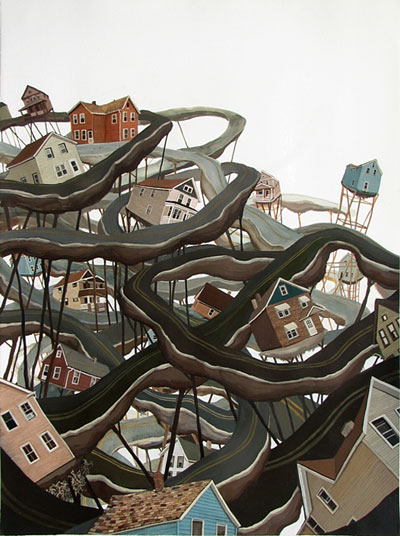