designboom has featured a range of projects that see the human body used as a canvas, digitally molded and physically manipulated into alternate, unusual beings. likening itself to artist sebastian bieniek’s ‘double-faced girl’ — where crudely drawn portraits drawn on female faces materialized as a two-headed humans — photographer anahell‘s series of ‘secret friends’ use simple, visual trickery to transform her friends and family members into a collection of curious creatures.

figures bent in half are photographed with the skin on their backs exposed, where anahell illustrates elementary facial features like eyes, noses and mouths. the careful placement of clothing and wigs turns these upside-down subjects into distorted living things, which bear lifelike qualities but are undeniably inhuman at the same time. ‘secret friends are playmates, reflections, villains, strange and wonderful creatures from another world, the kind that children create when they’re alone,’ the artist says. 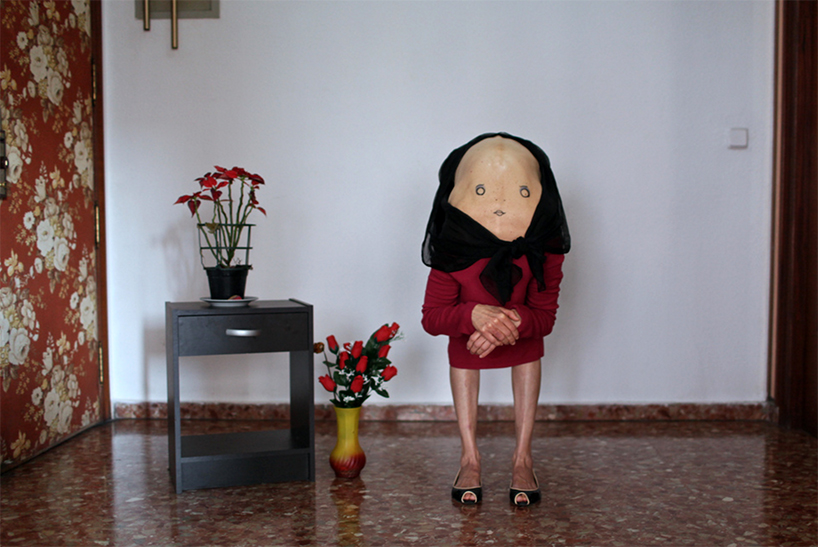 a scarf wraps around the back of a figure bent in half, turning the human into a curiously proportioned creature 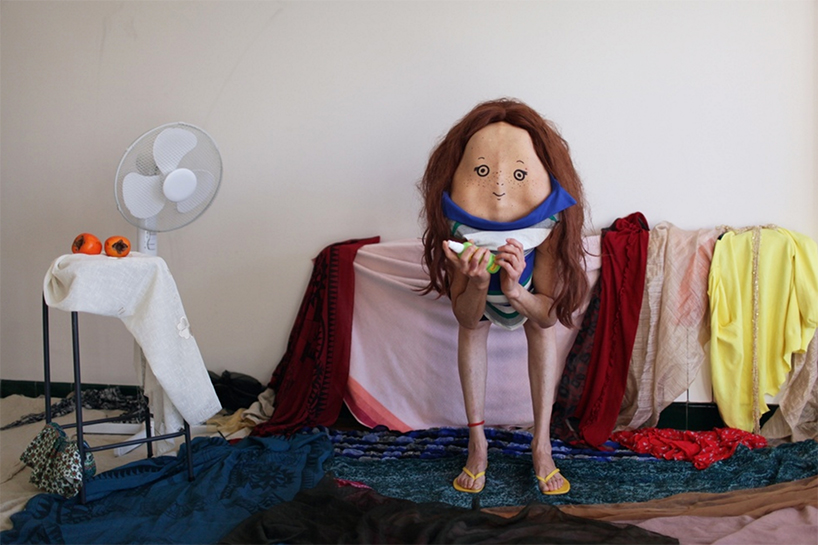 a carefully placed wig gives the freckle-faced figure a personality 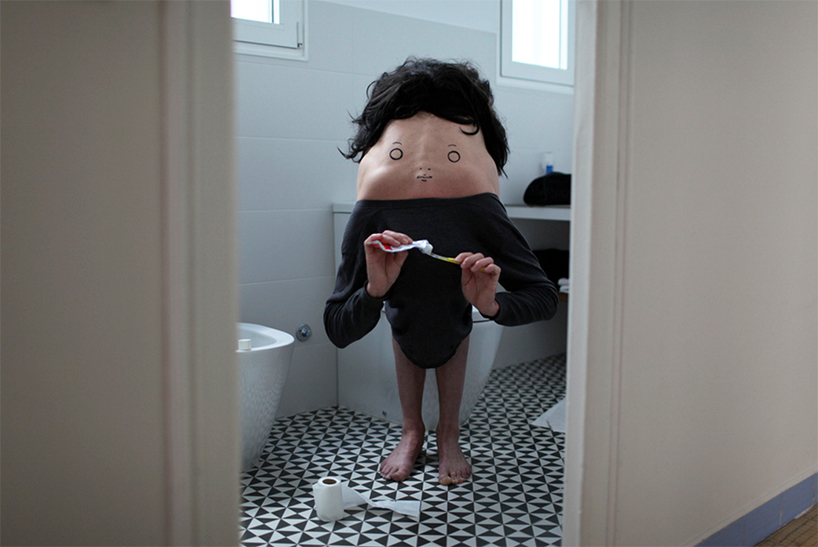 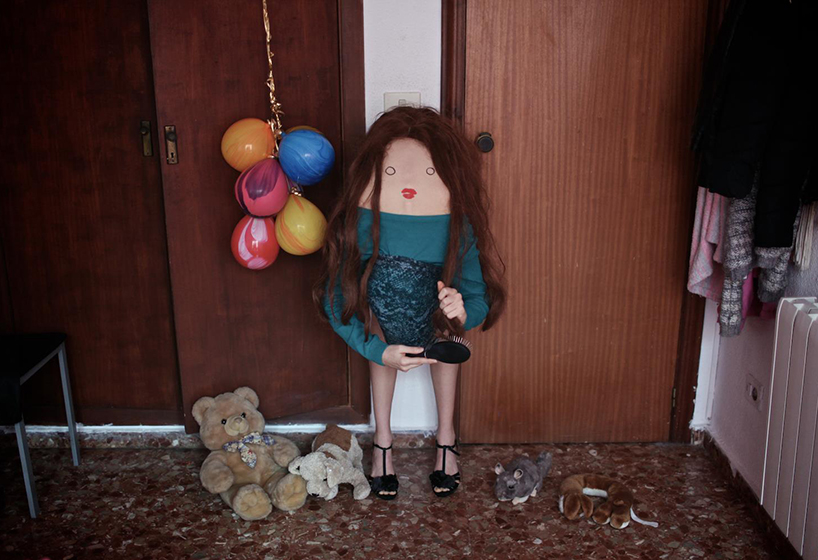 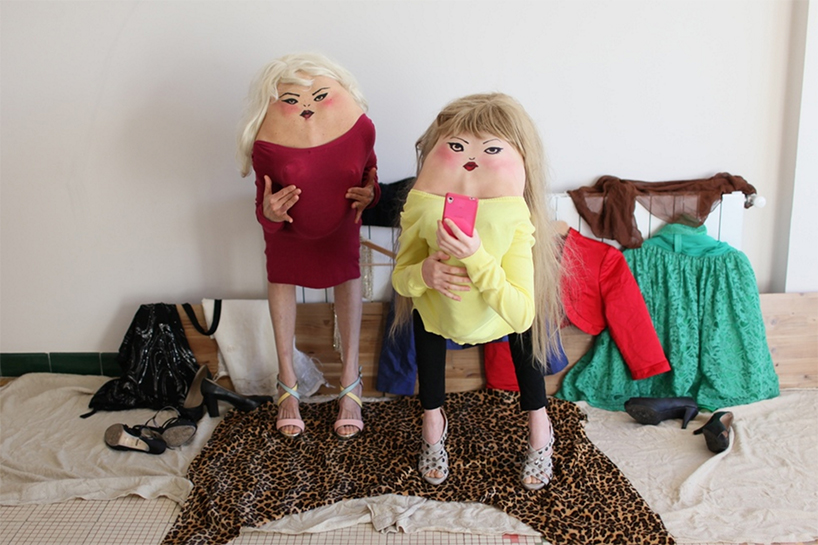 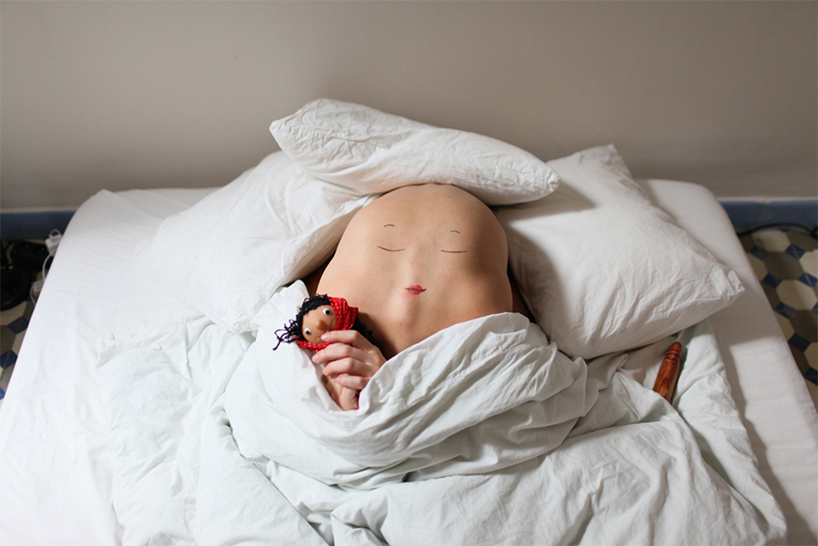 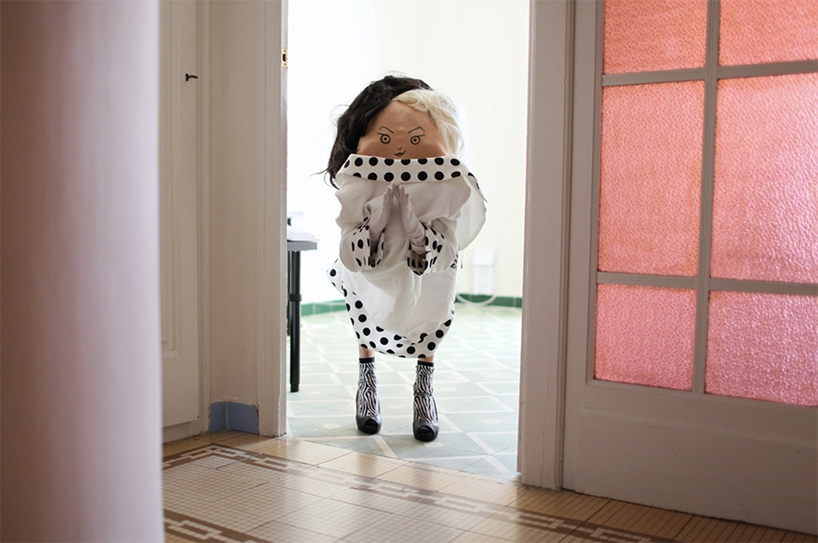 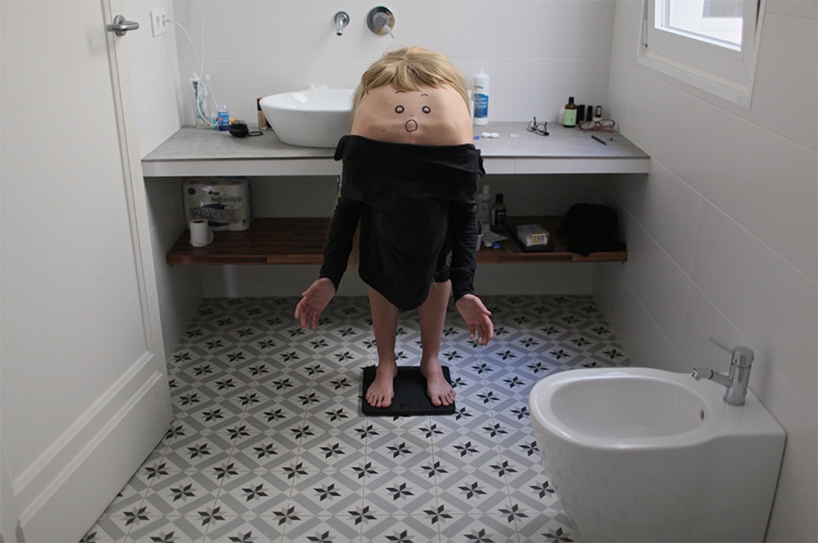 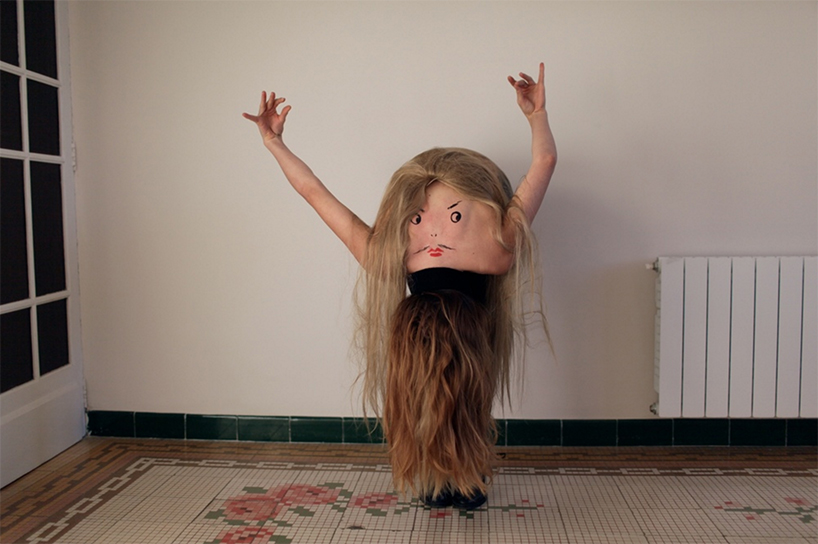 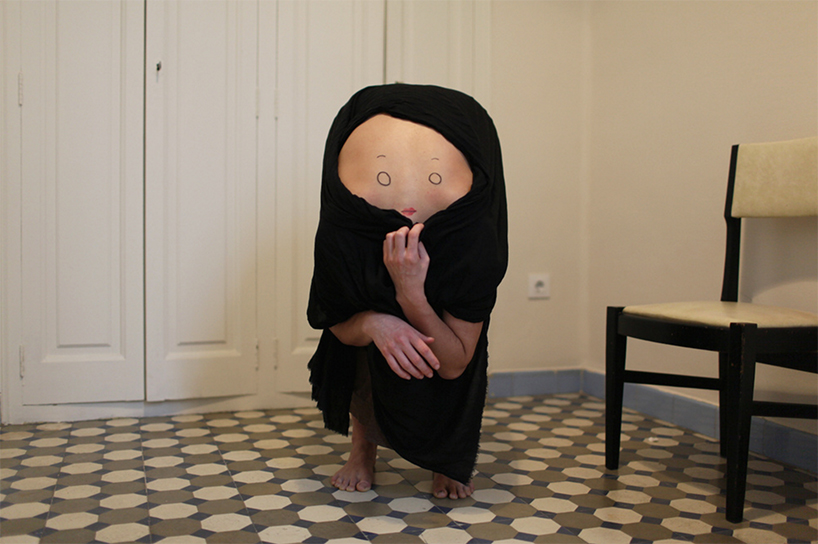 a crouched figure covers herself with a long black shawl 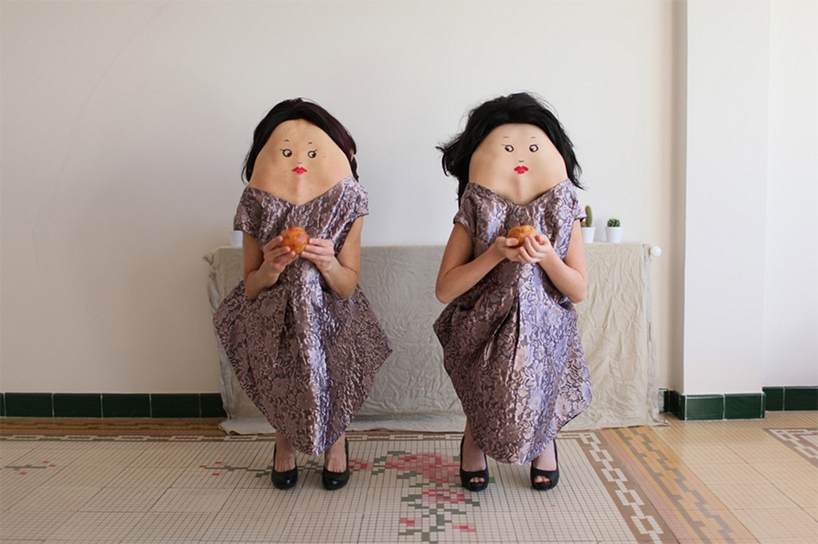 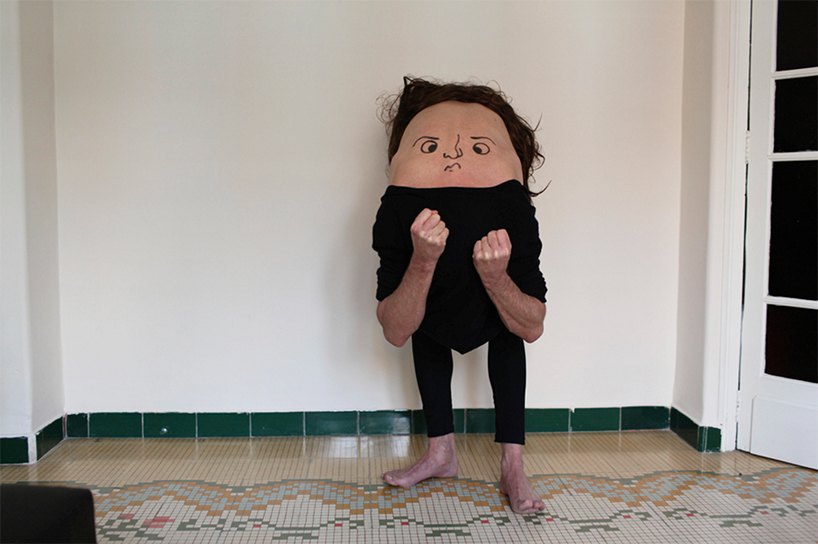 an angry monster puts up his two fists in defense