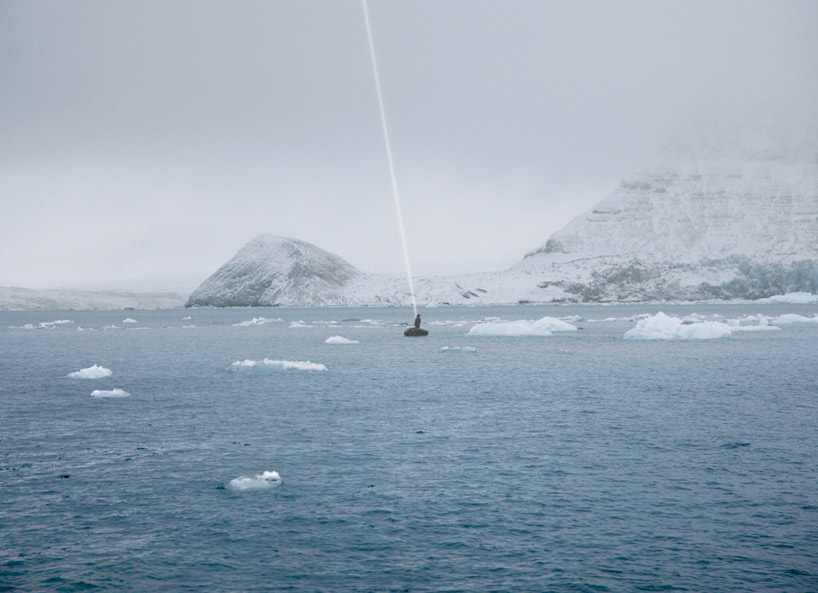 ‘higgs ocean’ series by italian photographer andrea galvani is on display within the ‘melancholy is not enough’ exhibition at the pavilion unicredit center for contemporary art & culture in bucharest, romania. the show, curated by neils van tomme, is a selection of works by contemporary artists, practicing their craft around the globe, that explore the notion of subverting melancholia. the quality of galvani’s photographic works featured in the installation show a darkened, semi-surrealistic winter landscape in every work.

‘higgs ocean’ is the photographic documentation of a two-part project experimenting with the photographic potential of light and sound conducted off the coast for the svalbard islands in the arctic circle. before and during his 2,800 km sailing journey, galvani worked collaboratively with a research institute, two scientists and a crew of sixteen people from new york. the first segment of the project began as the group collected natural energy from sunlight with photovoltalic panels. this harnessed energy then powered a flashlight capable of producing a 100,000 ANSI lumens beam. galvani then photographed the beam of light illuminating the arctic landscape, drawing a bright line in the darkened environment and earth’s atmosphere.

while the first segment of ‘higgs ocean’ pertained to galvani’s experimentation with light, the other exploration documented his engagement with the physical effects of sound. by producing a powerfully projected noise, galvani was able to alter the landscape. in ‘higgs ocean #11’ and ‘higgs ocean #12’, the images document the sound of a collapsing iceberg being played back to existing icebergs at a frequency capable of creating a new break in the surface; in this way, galvani and the crew attempt to capture a natural phenomenon in order to recreate it. ‘higgs ocean’ also includes images documenting the experience of the voyage,  rather than merely those of the experiments conducted, melded together in one photographic collage. 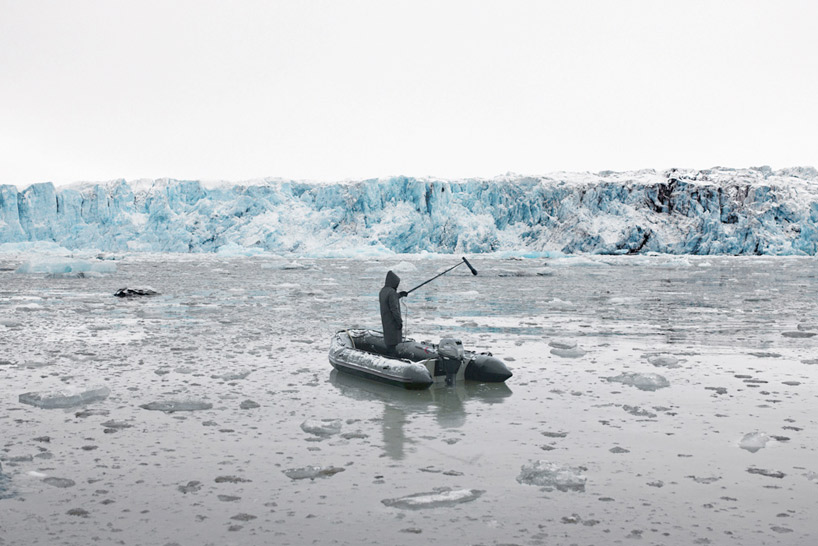 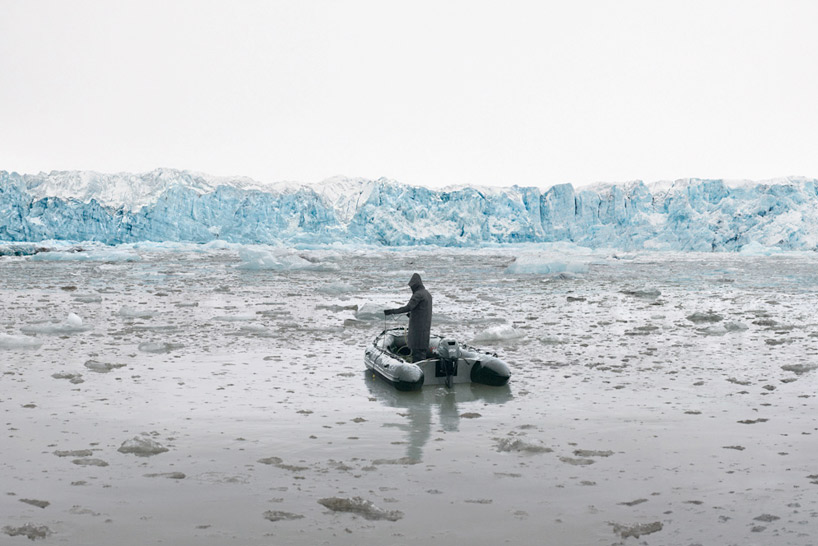 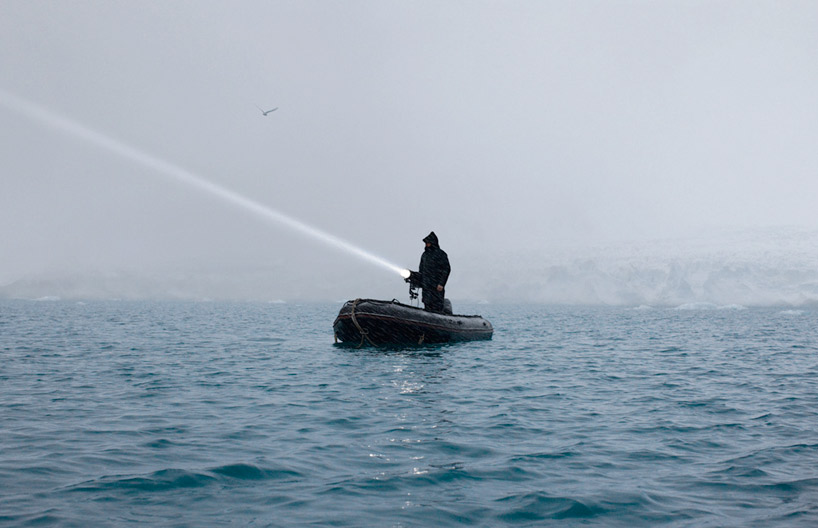 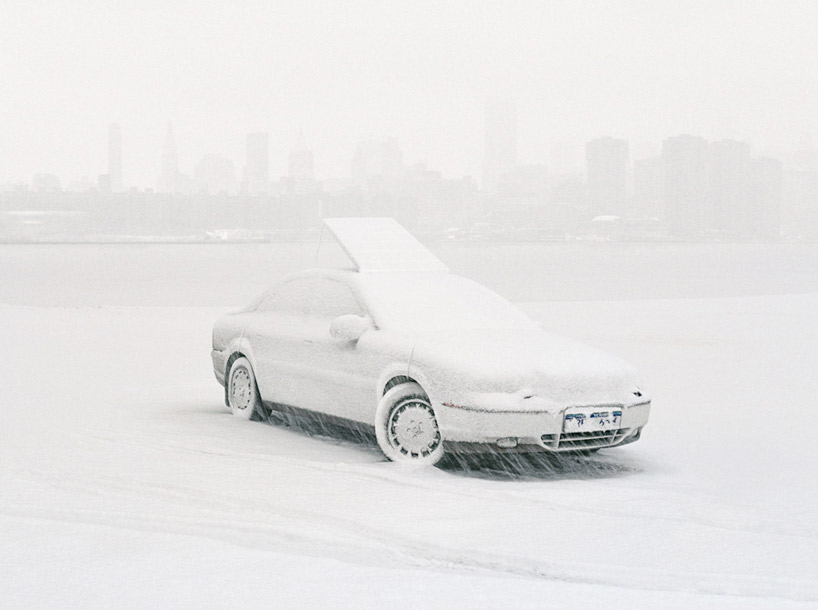 just before leaving new york for the arctic expedition, galvani conducted experiments in the collection, sorting and retransmission of solar energy by using panels atop a group of automobiles. ‘higgs ocean #1’ depicts a january snow storm enveloping one of the sun-absorbing cars into a sculpture, interrupting what would have been the first documentation of the artist’s pre-departure solar power testing. pictured in ‘higgs ocean #5’ is the result of a day of retransmitted sunlight, illuminating the lower portion of the vehicle through out the evening following a day of capturing the solar energy. 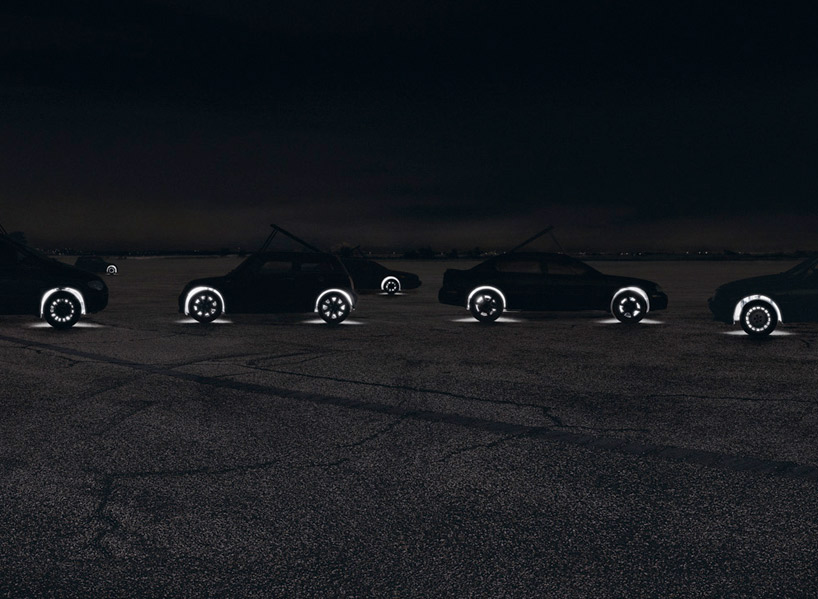 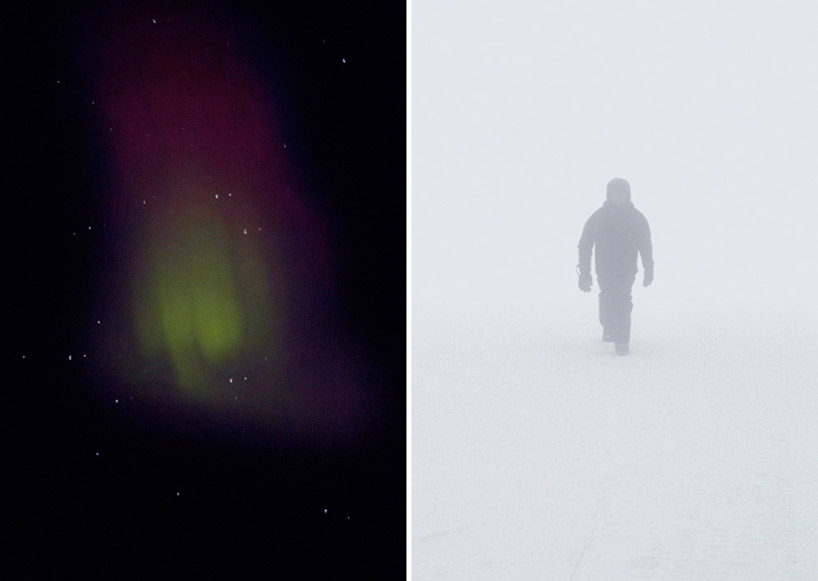 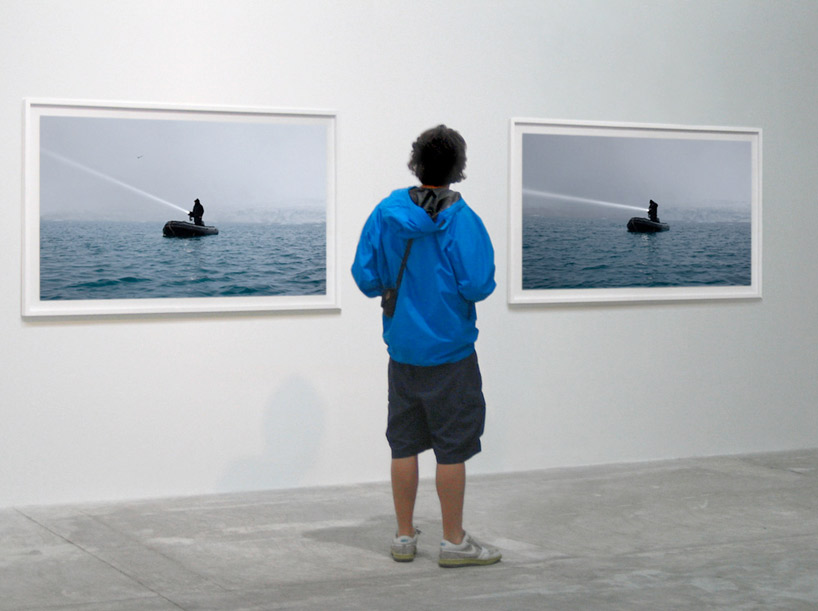 leigha db
0
0
0
password recover
please insert your email below to reset your lost password
your new password has been sent to your email address
thanks for registering
please complete the form below.