the works of andy diaz hope are composed of tiled glass vials and pill capsules, while their content explores the place of drugs and pharmaceuticals in modern society

three series by american artist andy diaz hope explore in both content and form the prevalence of drug and pharmaceutical use in modern society.

in ‘illuminated beings‘, diaz hope photographs the places and people that inhabit the worlds of both medical and illegal drugs, rendering the images as three dimensional mosaics of glass vials.

in ‘better living‘ and ‘morning after portraits‘, images that examine the disconnect between the promises and realities of drug culture are composed of tiled pill capsules. 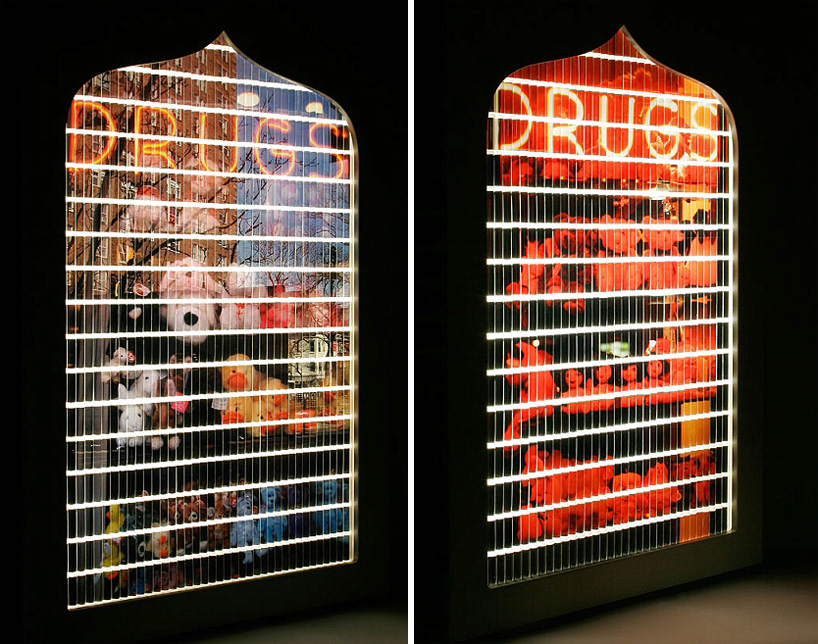 full views of ‘day’ (left) and ‘night’ (right), both composed of glass vials set into a wooden frame and part of the ‘illuminated beings’ series

all of the series involve the painstaking process of dividing one or more photographs into hundreds of tiny components, placing each of these images inside a single vial or UV-treated gelatin capsule, and finally reassembling the piece in a frame or as a sculpture. 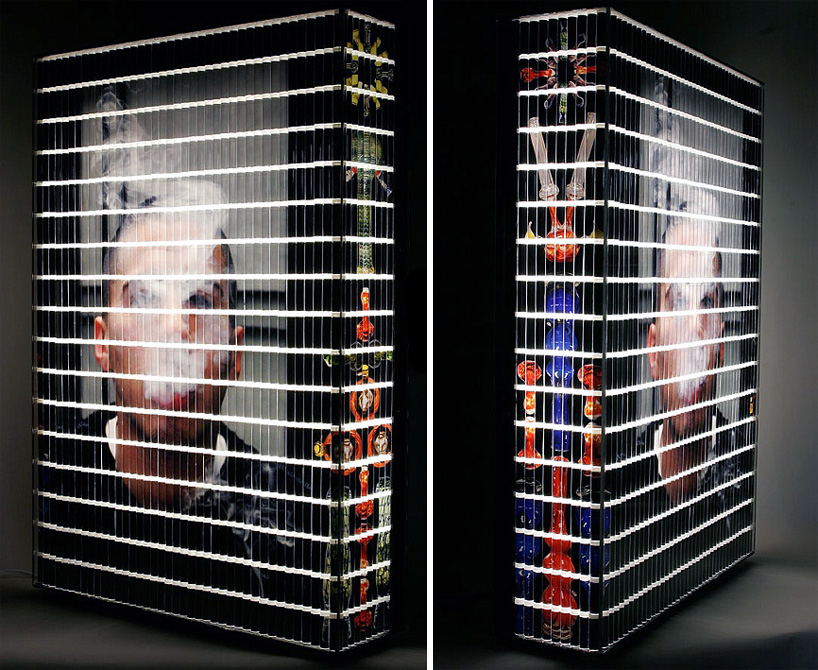 ‘dealer’ is a sculptural mosaic of vials, part of the ‘illuminated beings’ series

‘better living’ looks specifically at the landscape of drug culture, from parks and high schools to psychiatric institutions and storefronts. the title of the series comes from a slogan used through the 20th century by dupont pharmaceutical company: ‘better things for better living… through chemistry’. 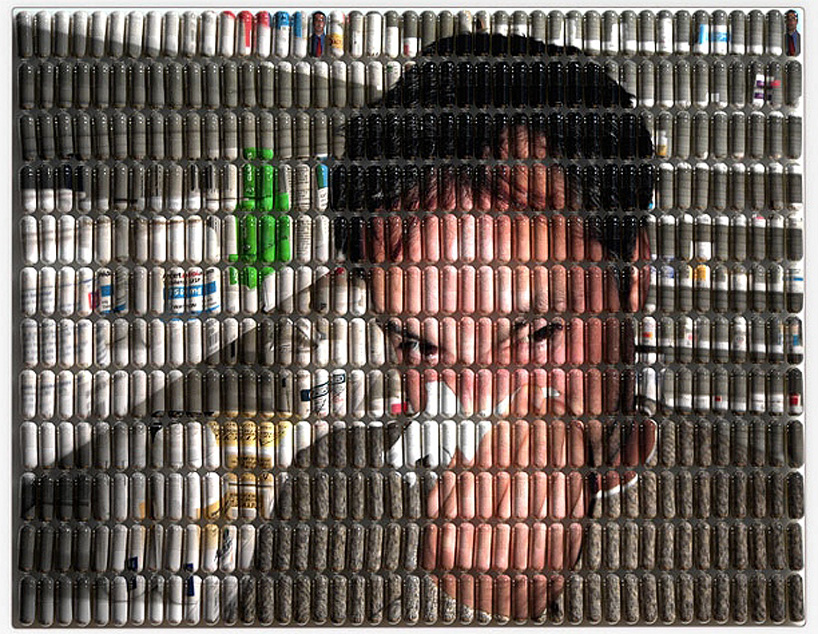 ‘blow’, composed of gelatin capsules for the ‘morning after portraits’ series 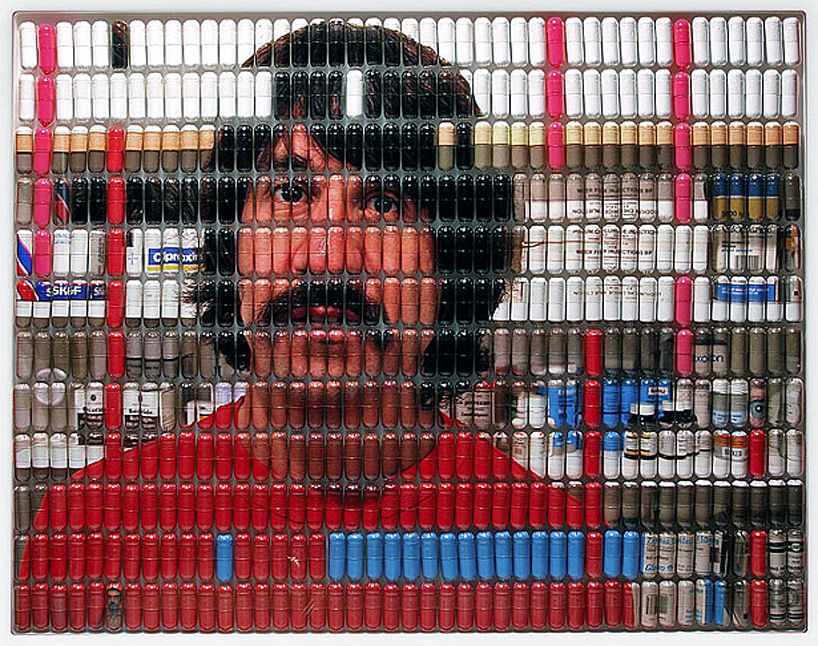 ‘morning after portraits’ examines the reality behind the glamourous image that our society gives to parties, fashion, and substance abuse. the series interrogates the meaning of identity in a world where our nature– from appearance to psychology to social traits– can be altered by medical and recreational drugs.

the artist states: ‘the [‘morning after portraits’] series looks behind the mirror to expose the inner workings of our medicine cabinets and our relationship to them as our doctor, psychologist, cosmetician and spiritual healer. it appeals to the viewer’s voyeuristic desire to look inside another’s hidden cabinet of frailties and insecurities. to see another’s vulnerabilities through the medicines they take strips away that person’s invincibility while bolstering one’s own.’

‘merry go round’, part of the ‘better living’ series