warhol’s marilyn is coming to auction

a portrait of hollywood starlet marilyn monroe by pop art icon andy warhol will go up for auction at christie’s in may 2022, with an estimated value of $200 million — a record-breaking price for any artwork at auction.

the work, titled shot sage blue marilyn is sold by the thomas and doris ammann foundation zurich. all proceeds of the sale will benefit the foundation, which is dedicated to improving the lives of children across the globe by establishing support systems focused on providing healthcare and educational programs. with one hundred percent of proceeds going to charity, the sale of this single painting will constitute the highest-grossing philanthropic auction since the collection of peggy and david rockefeller in 2018, as the auction house states in its official announcement. 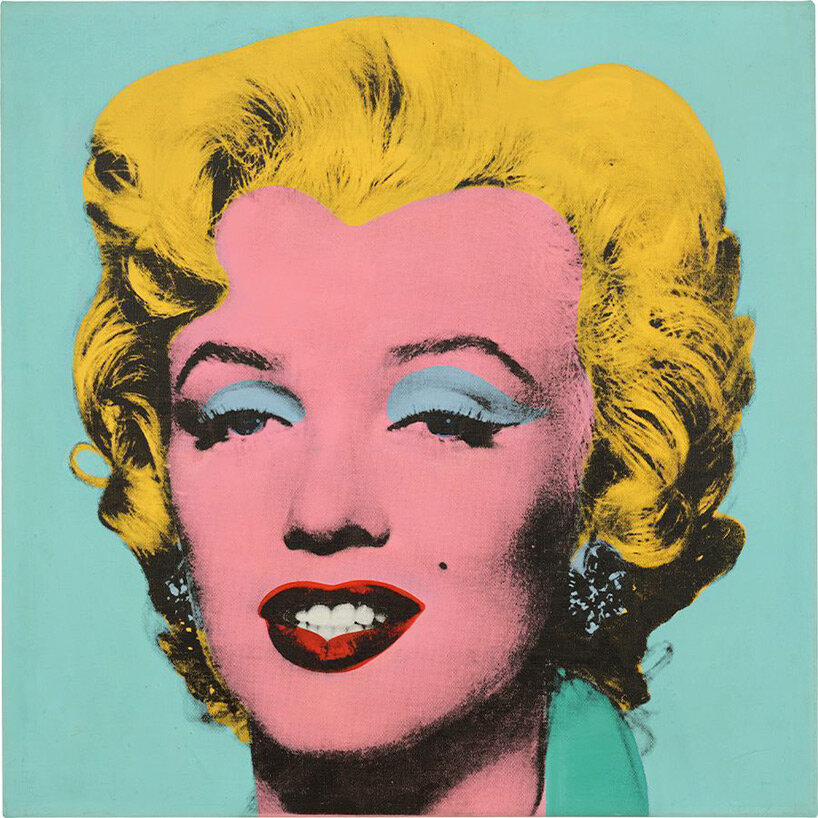 if shot sage blue marilyn (1964) reaches christie’s estimated price, it will nearly double warhol’s current auction record, which was set when silver car crash (double disaster) (1963) was sold at sotheby’s for $105.4 million in 2013. in addition, it would also set a new record for the most expensive 20th-century artwork ever sold at auction, surpassing picasso’s women of algiers (1955), which was bought for $179.4 million in 2015.

according to alex rotter, christie’s chairman, 20th and 21st-century art, the work is ‘the absolute pinnacle of american pop and the promise of the american dream encapsulating optimism, fragility, celebrity and iconography all at once. the painting transcends the genre of portraiture in america, superseding 20th century art and culture.’ meanwhile, he also noted that ‘warhol’s marilyn is categorically one of the greatest paintings of all time and a once in a generation opportunity to present this masterpiece publicly at auction.’ 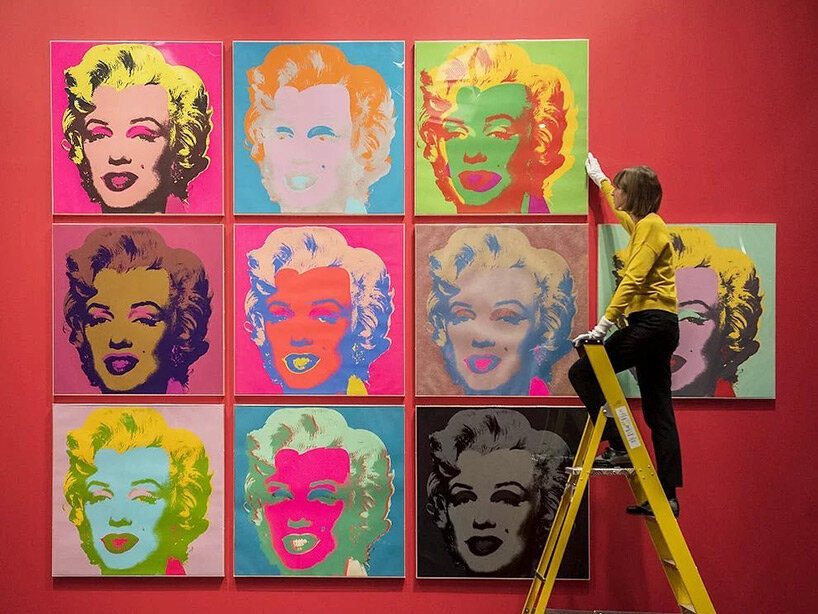 a portrait with a great back story

shot sage blue marilyn is a 3-foot silkscreen that depicts a promotional still of marilyn monroe for the 1953 film niagara. in the portrait, andy warhol has given the famed actress a pop art transformation, with a bubblegum pink face, bright yellow hair, red lips, and blue eyeshadow, against a sage-blue background.

the work is part of a five-painting series named shot marilyns that includes versions in red, orange, and turquoise.

the collection takes its name after a fascinating back story: performance artist dorothy podber (1932–2008) saw the recently completed paintings stacked against one another when she visited warhol’s studio, the factory. she asked him if she could shoot the works, and believing that she meant to photograph them, warhol agreed. podber then pulled out a small revolver and shot the screenprints through the forehead. the pop art legend later patched over the bullet holes with paint. 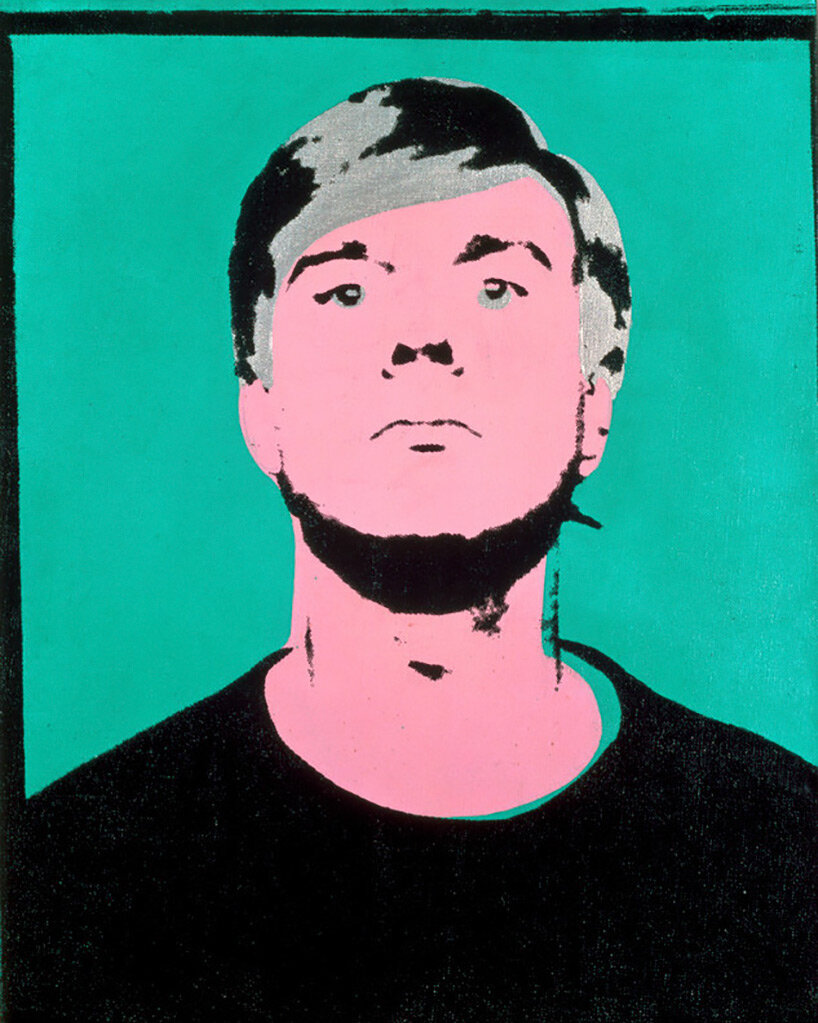 image © the andy warhol foundation for the visual arts, inc.

burned in the visual lexicon of art history

according to christie’s official statement, warhol first began creating silkscreens of monroe after her death in august 1962. he would create multiple reproductions of her image in bright colors, often with the features somewhat askew. in 1964, he developed a more refined and time-intensive screen printing technique, contradicting the mass production he was best known for, and created a limited selection of portraits of the hollywood starlet. this technique was so difficult, that he never returned to it again and yet the image remains burned in the visual lexicon of art history. 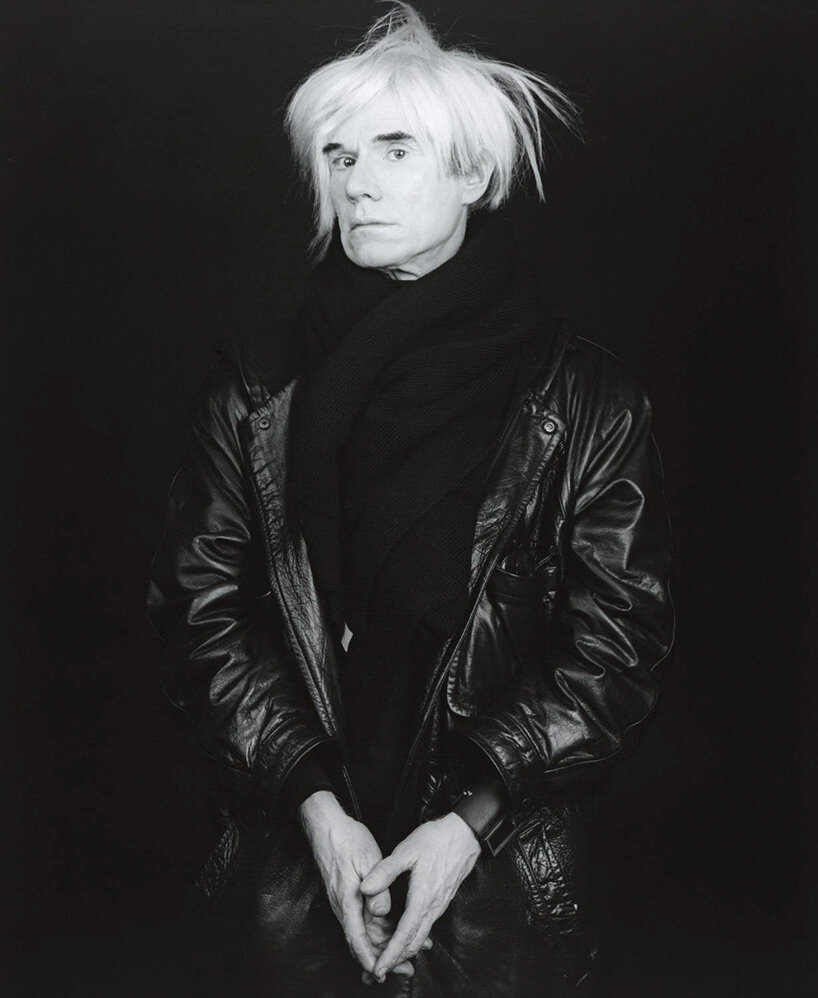 to find out more about warhol’s emblematic works, as well as his personal life, you can watch the andy warhol diaries, a new six-episode netflix documentary executive produced by ryan murphy. the mini-series reveals familiar details of the artist’s life, looking past his iconic persona. the series features the famed pop artist narrating his own diary entries through the employment of AI (voiced by actor bill irwin and then morphed).