‘as yet untitled’ by anish kapoor, 2012 new concrete works in the artist’s studio in progress all images by dave morgan and courtesy anish kapoor

gladstone gallery has assembled the first solo exhibition in four years in new york city for indian artist anish kapoor. the sculptor has developed a collection of towers formed from concrete which seem to spill from some unknown source down to the earth. the smooth and messy shapes are typical of kapoor’s style– his investigation of the refined and unhinged is made present in each three-dimensional form. the organic works explore the changing nature of their material as the initial imaginings of the shapes by the artist have since turned to collapsed and unfolding objects.

the second space provided by the new york gallery is inhabited by a massive, off-center orb with circular opening which faces the visitor as they enter the space. kapoor has developed a rusted ovular sphere balanced upon a small segment of rectangular metal. the piece seems to have landed within the sun-lit room, its cavernous space offering a strange shelter from the bright gallery interior. 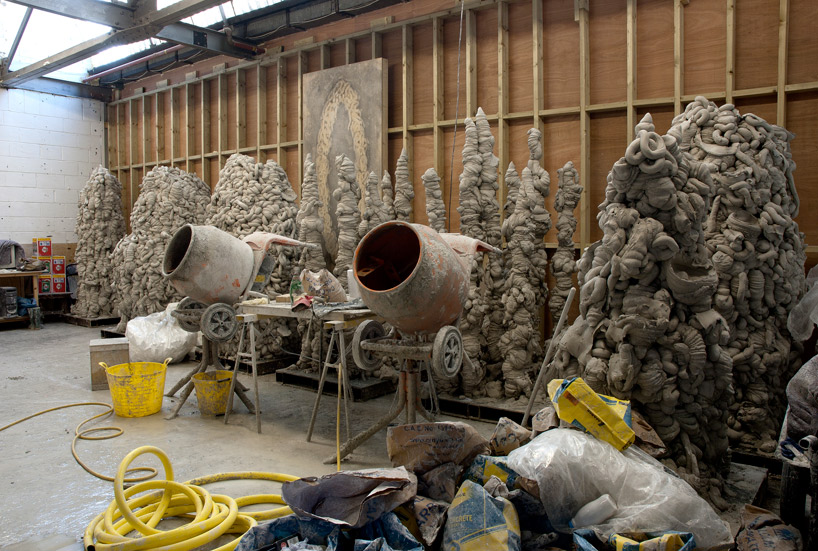 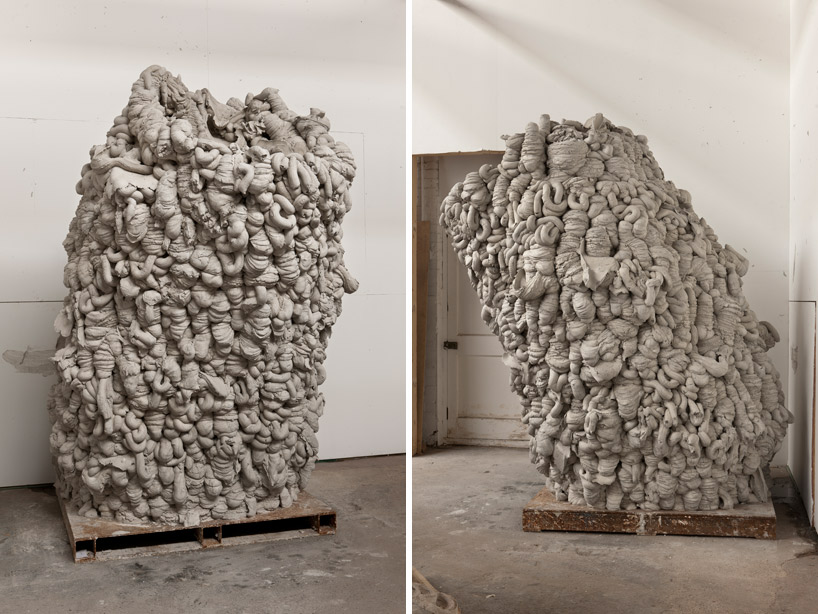 each sculpture is made from coils of concrete 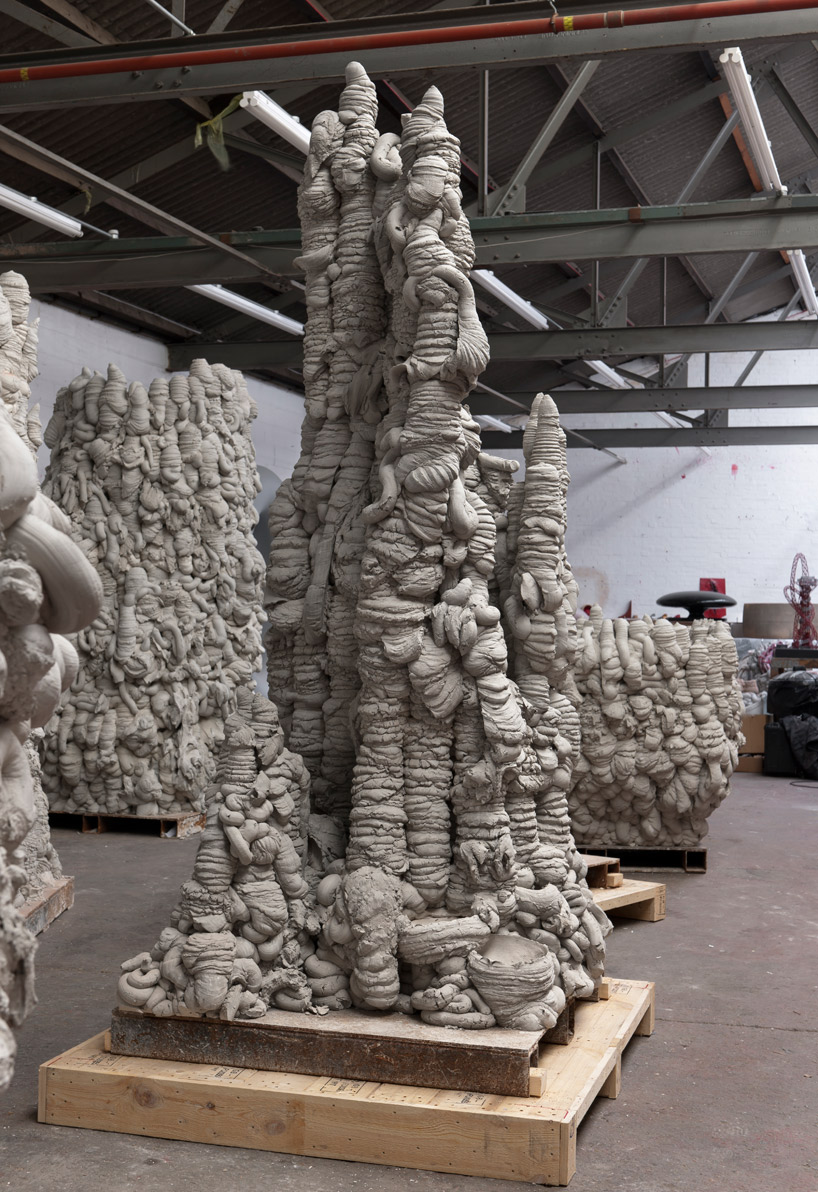 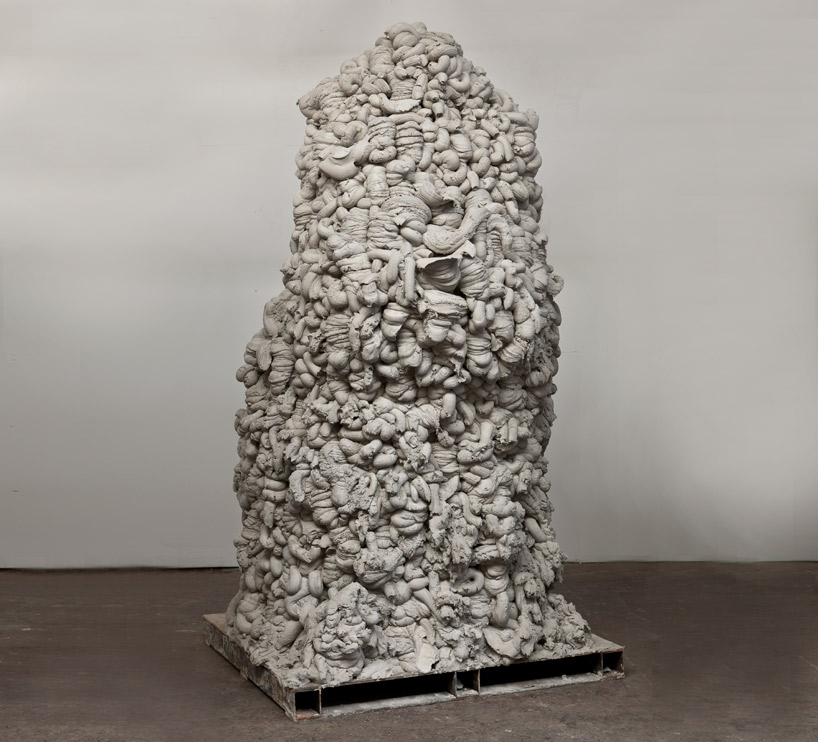 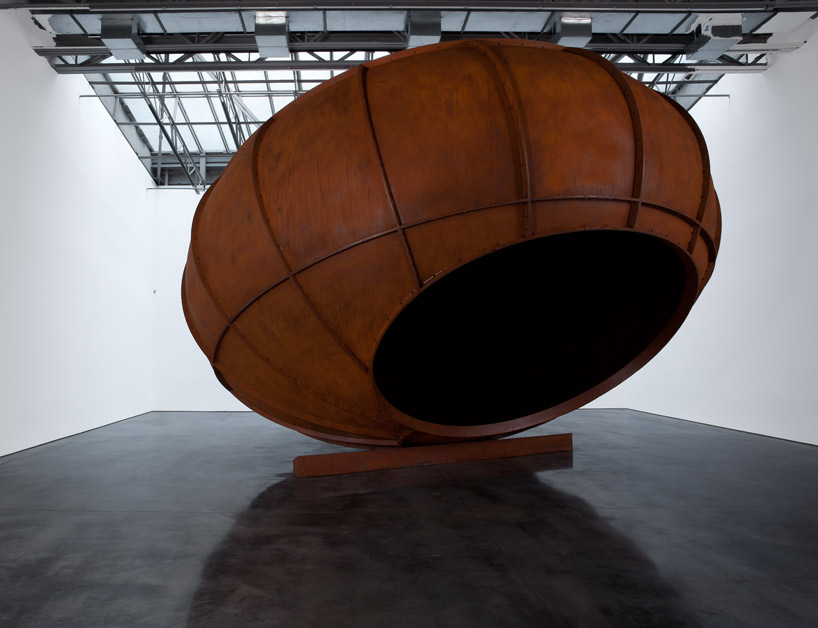 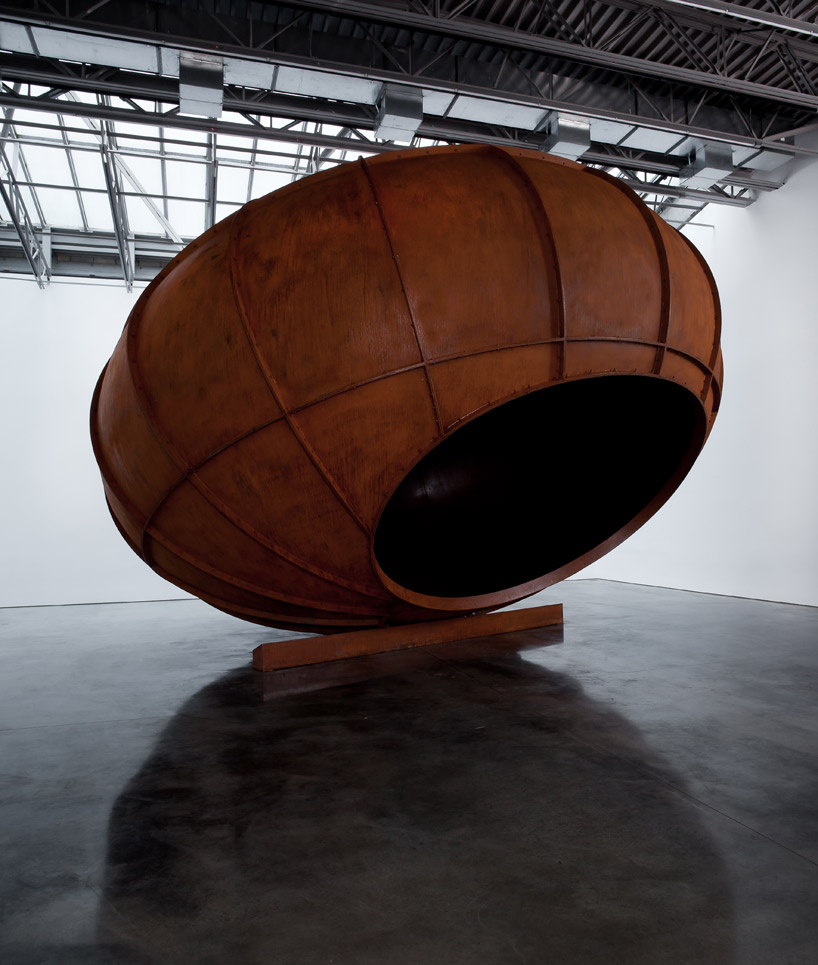 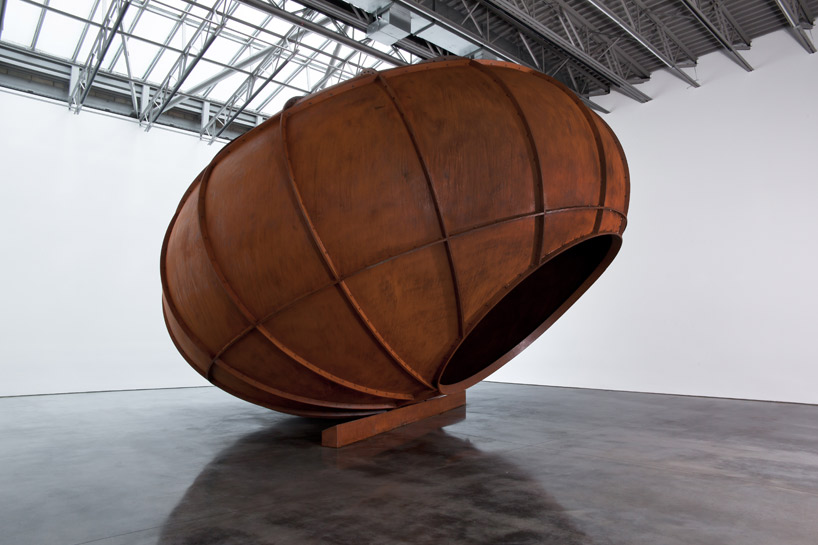 from the side, the viewer may notice the unsettlingly unbalanced resting position of the work 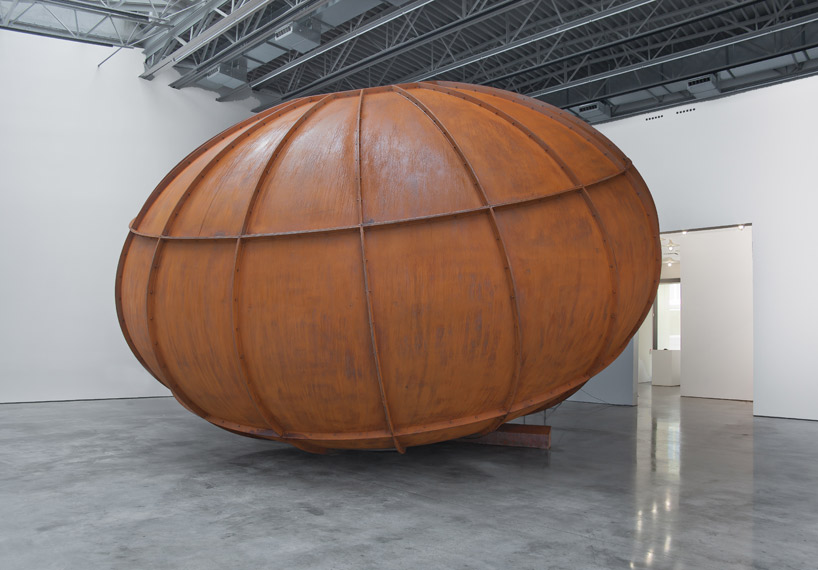 a perspective picturing the back of the work