anish kapoor is the latest one to offer his performance of PSY’s ‘gangnam style’ music video. kapoor’s take on the korean rapper’s video has been produced in support of freedom of speech and fellow artist ai weiwei whose own version – made in reference to the 81 days the chinese dissident was detained – went viral last month, which you can view here.

the project is backed by various human rights organizations: amnesty international, index on censorship and liberty. anish kapoor dons a bright pink shirt – much like the one ai weiwei wore in his video – and tee with an image of the chinese artist, with the the word ‘MISSING’ on it, referring to the 81 days ai weiwei was detained, his whereabouts unknown 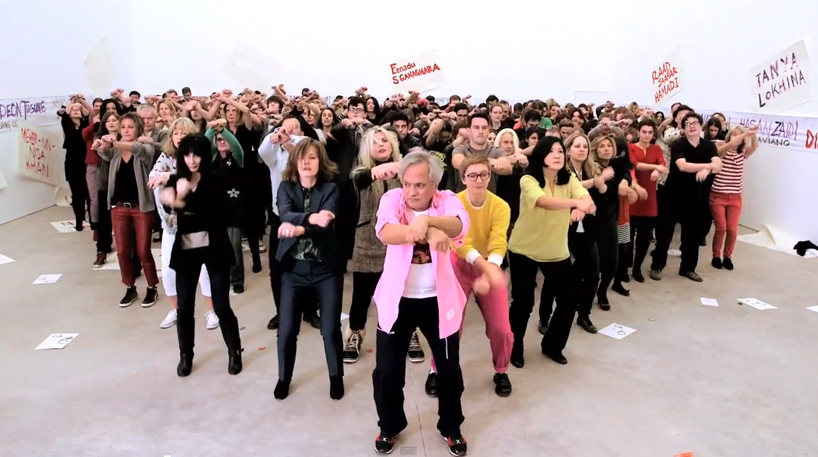 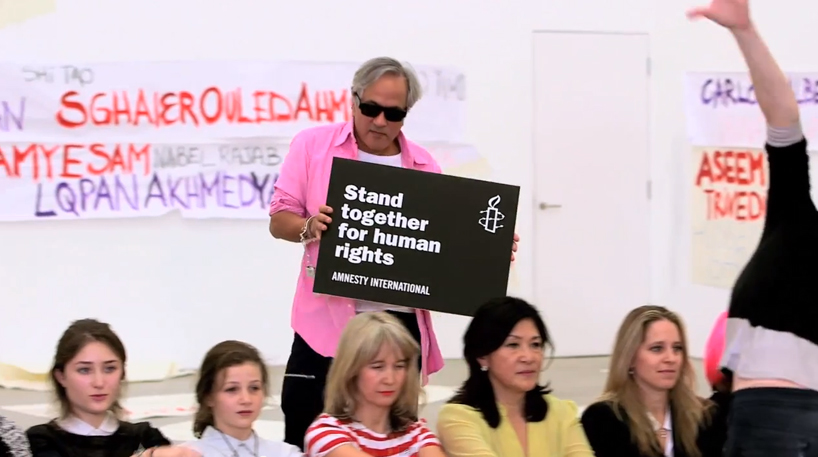 the video is supported by human rights organizations amnesty international, index, on censorship and liberty