anish kapoor extends the definitions of painting and sculpture in his latest series, created for a solo show at london’s lisson gallery. the exhibition presents a collection of large-scale, seething red resin and silicon works in a rectangular format, whose intricately sculpted cavities and knotted entanglements definitively evoke the image of an open wound or internal organ. the grouping of these three-dimensional paintings dominate the main room of the exhibition space, bringing to mind both the raw internal spaces of the body and the psyche. this new body of work draws on kapoor’s own artistic history, while seeking to conjure the wider cultural reality of social and political upheaval, violence and trauma. below, in a video by the royal academy of arts, kapoor explains how the series of new paintings on show at lisson gallery relate to works he presented at the royal academy in 2009. 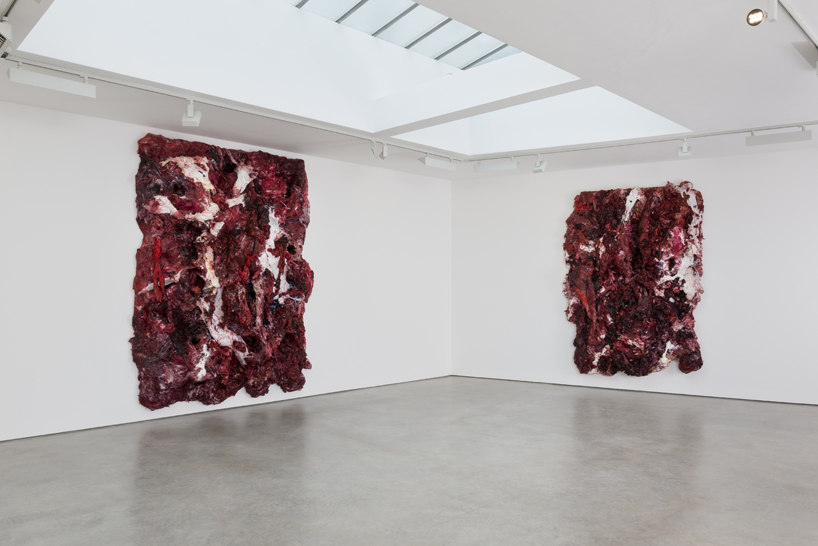 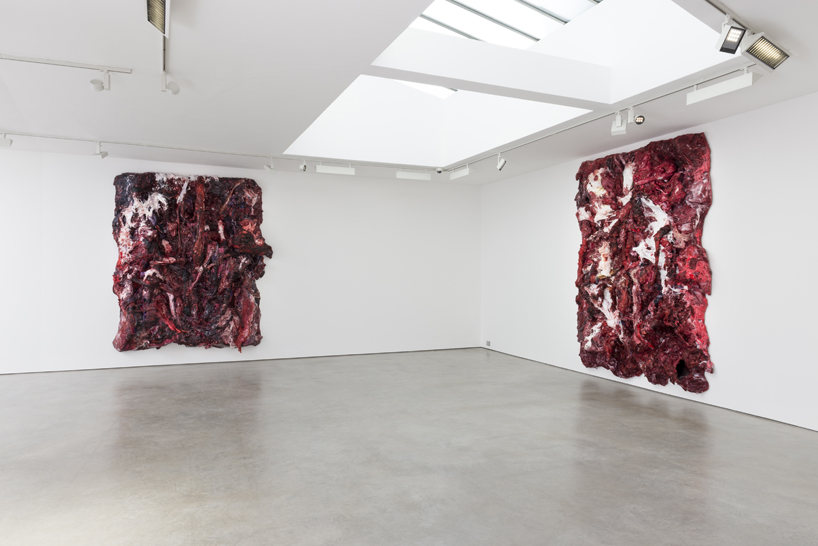 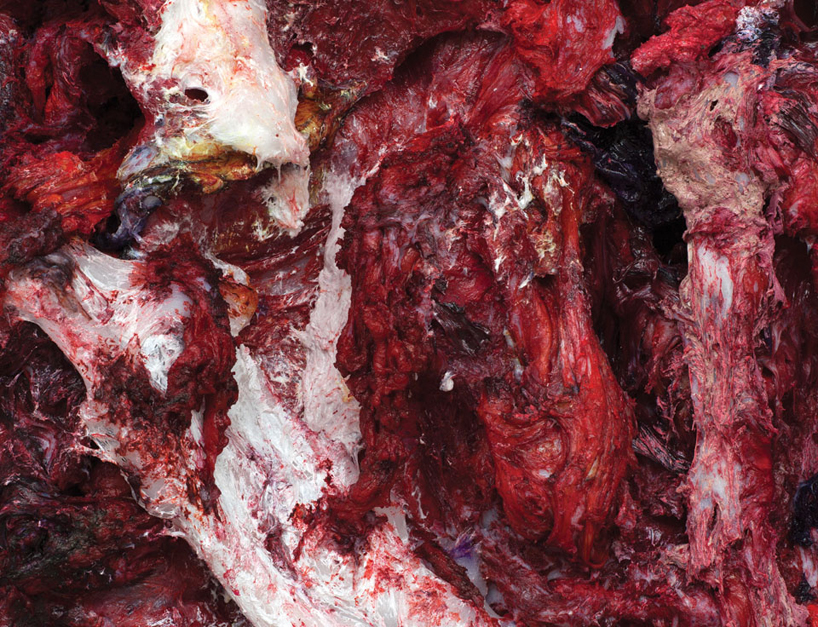 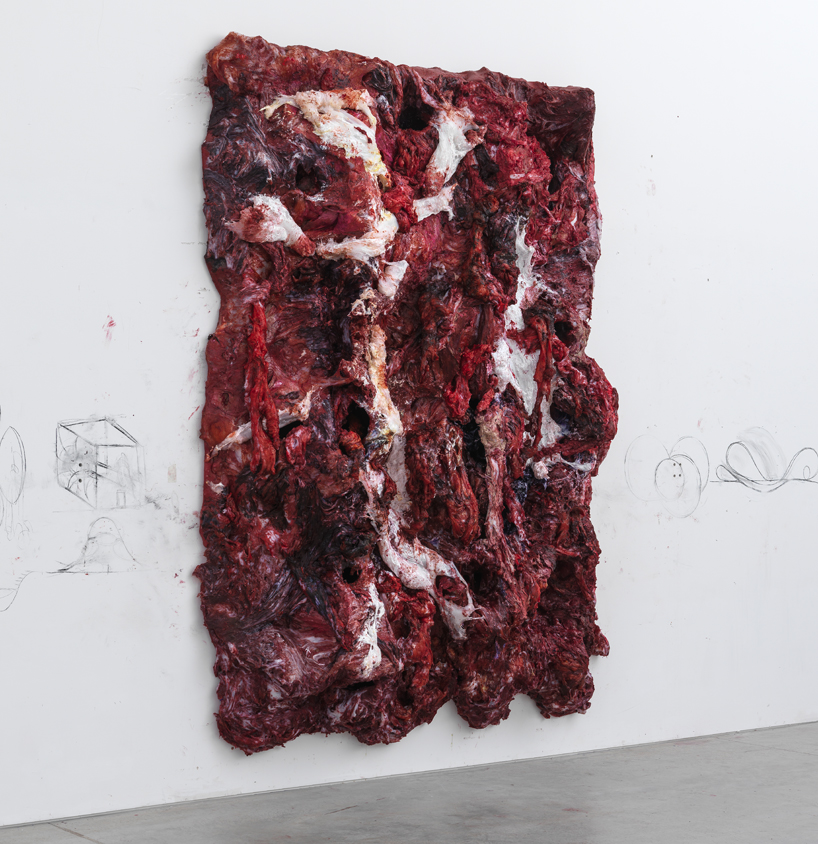 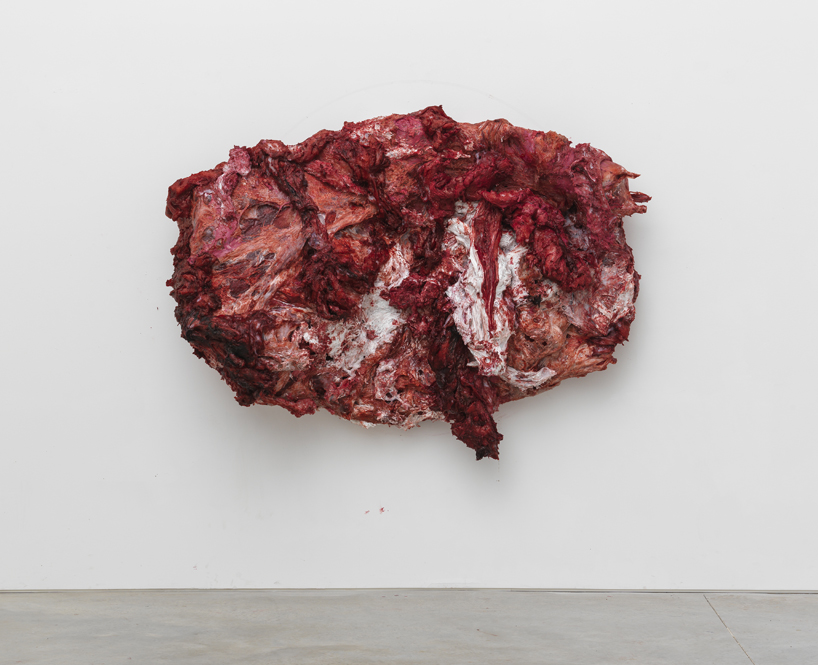 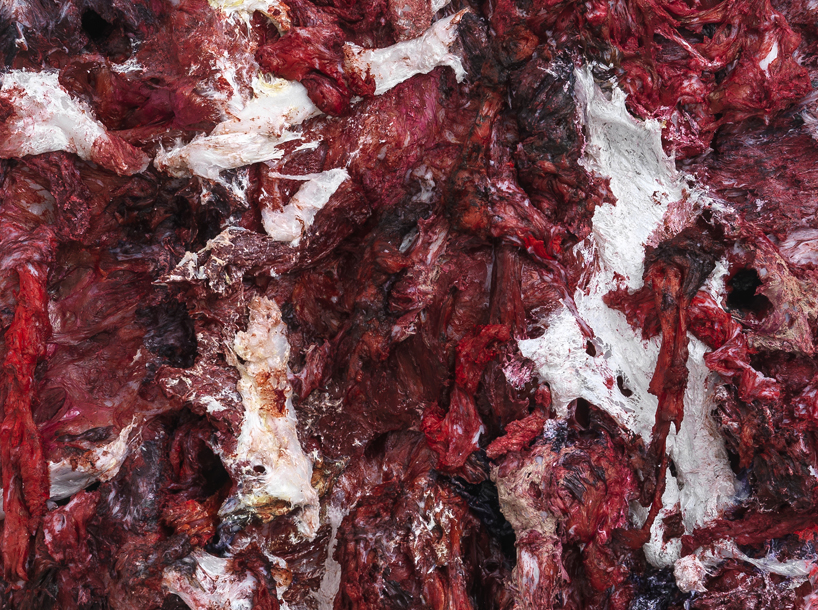 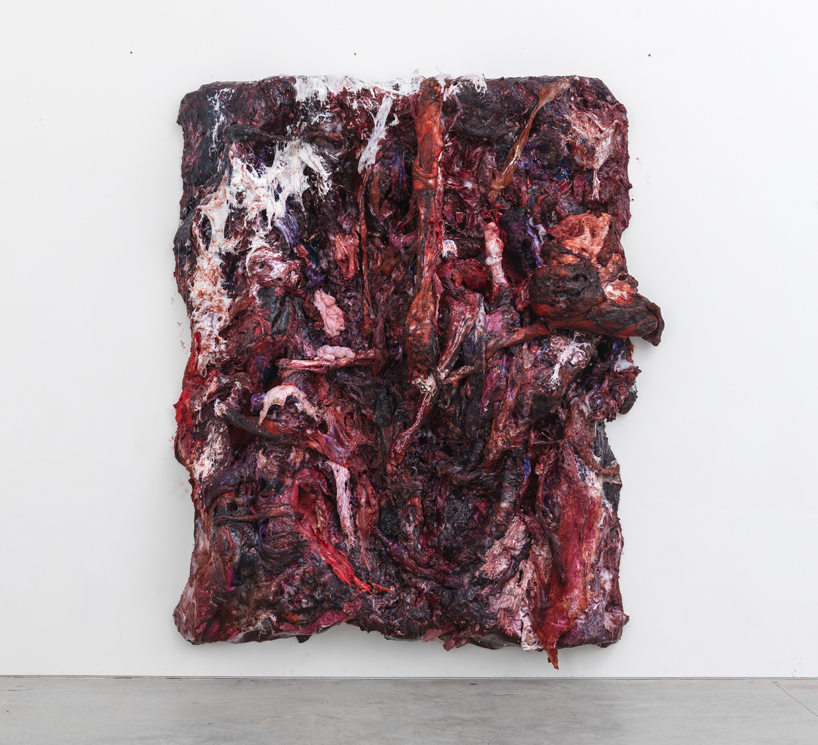 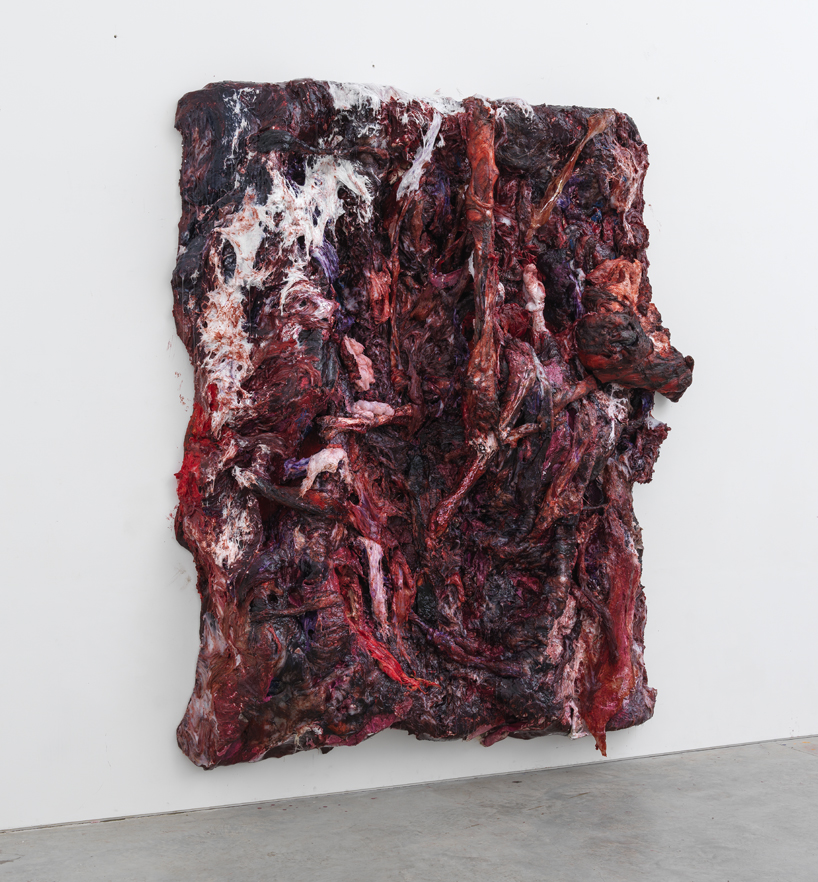 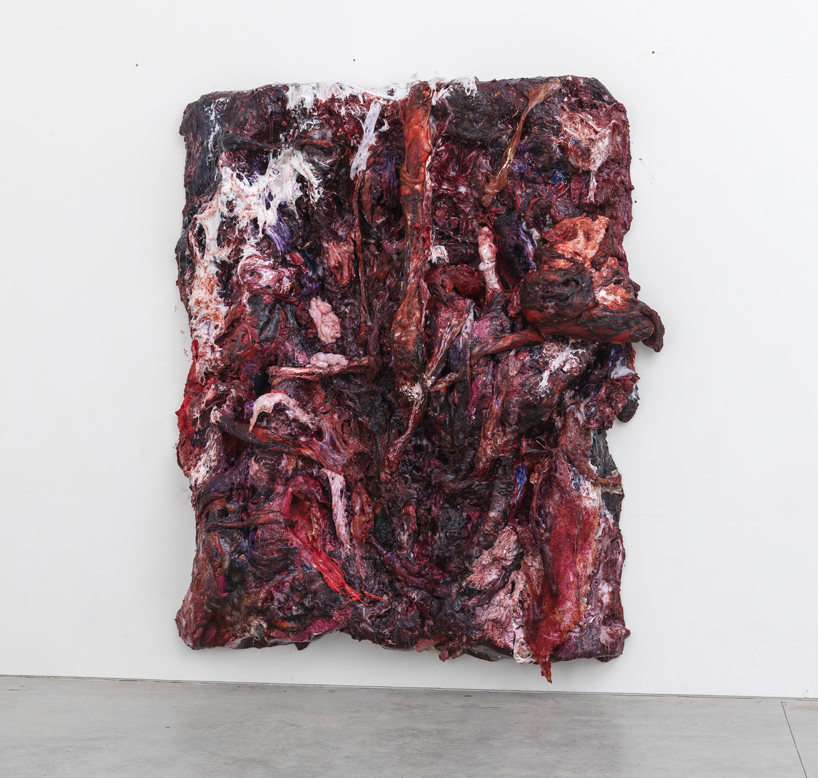 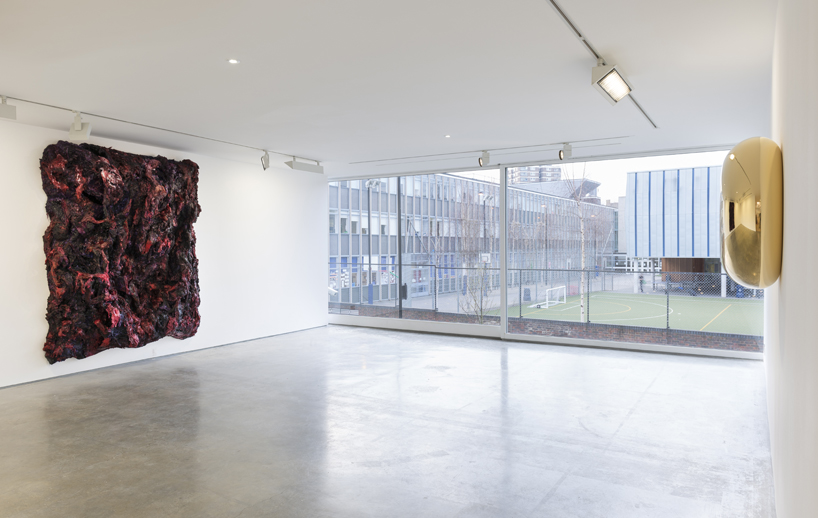 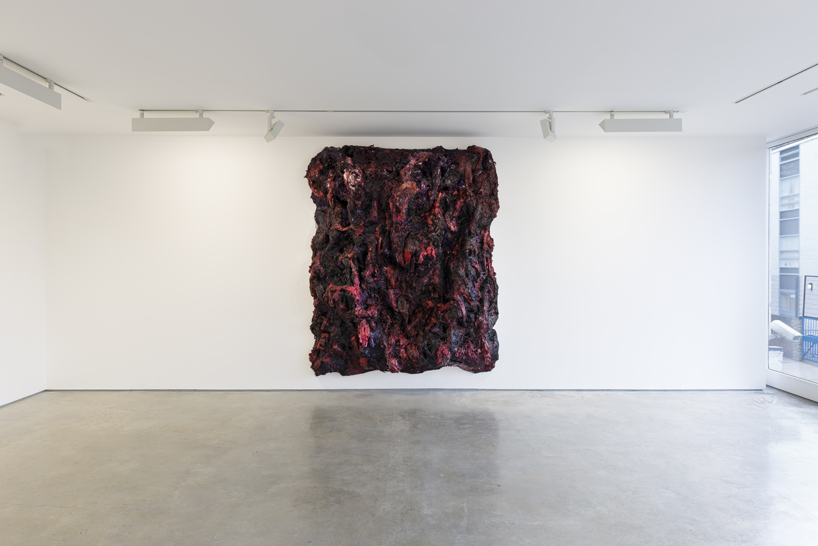