from now until january 17th 2016, anish kapoor infills the jewish museum and tolerance center in moscow with monumental sculptures, installations and architectural interventions that embody his distinct visual language. ‘my red homeland’, kapoor’s first solo exhibition in russia, includes key works created from 1993-2007, including the massive wax piece at the core of the gallery space, which gives the exhibit its name. rendered in pigment, steel and wax, the works epitomize kapoor’s manipulation of matter and material and his innate fascination with voids, mirrors and the auto‐generated. 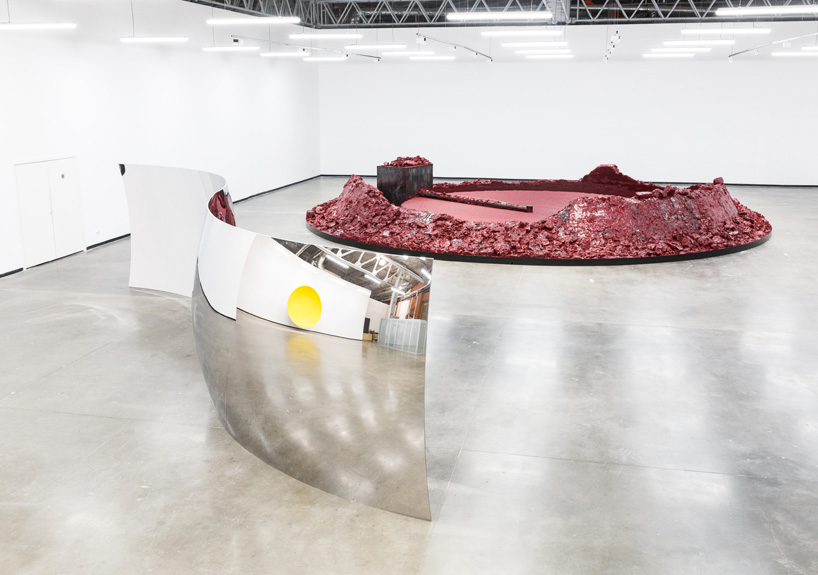 installation view of ‘my red homeland’ at the jewish museum and tolerance center, moscow

‘I am interested in sculpture that manipulates the viewer into a specific relation with both space and time,’ kapoor says. ‘time, on two levels; one narratively and cinematically as a matter of the passage through the work, and the other as a literal elongation of the moment. this has to do with form and color and the propensity of color to induce reverie. consequently, i hope, an elongation of time. space is as complex, the space contained in an object must be bigger than the object which contains it. my aim is to separate the object from its object‐hood.’ 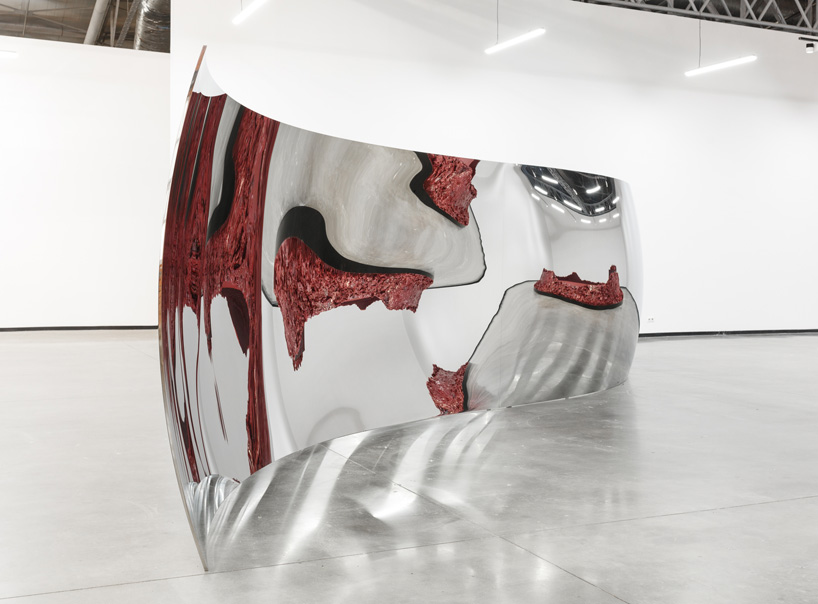 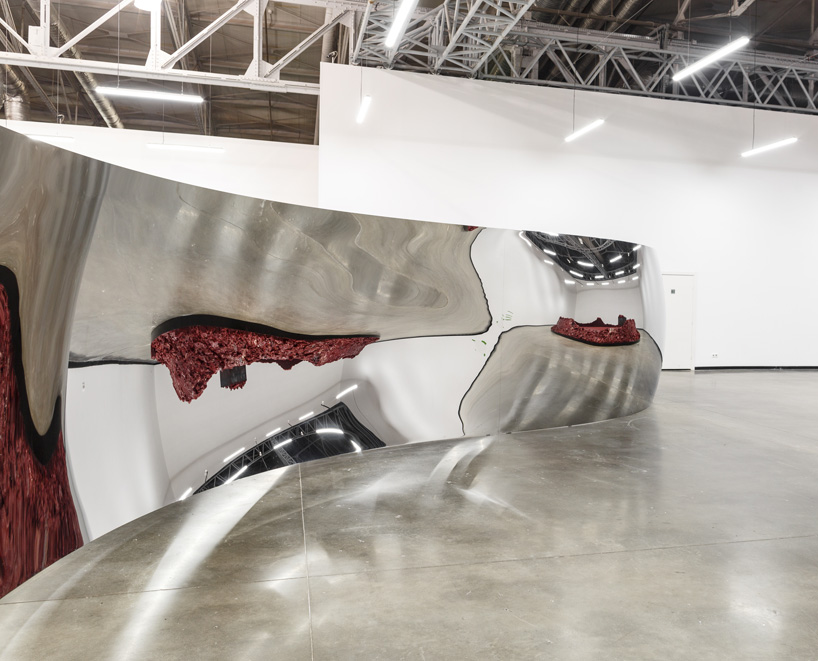 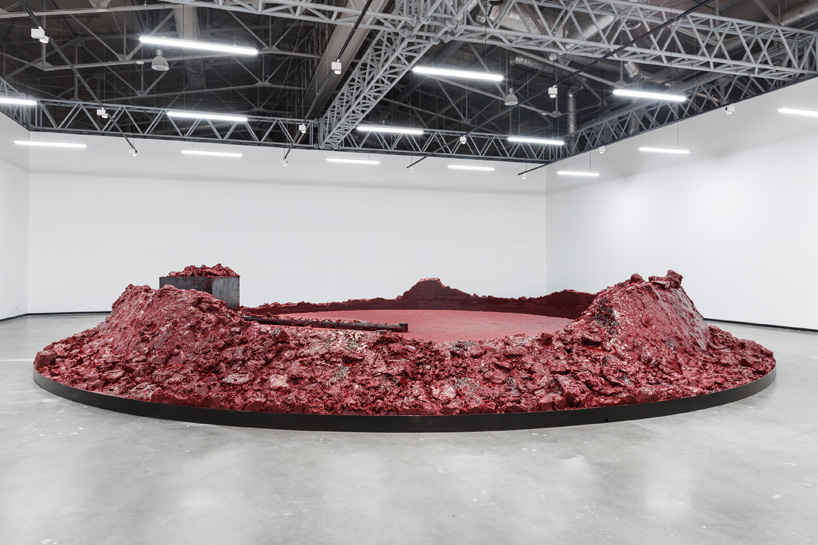 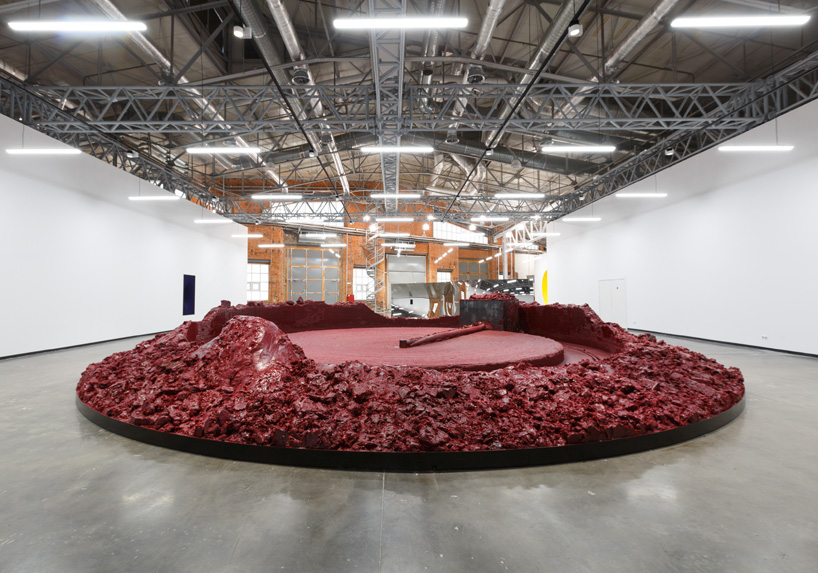 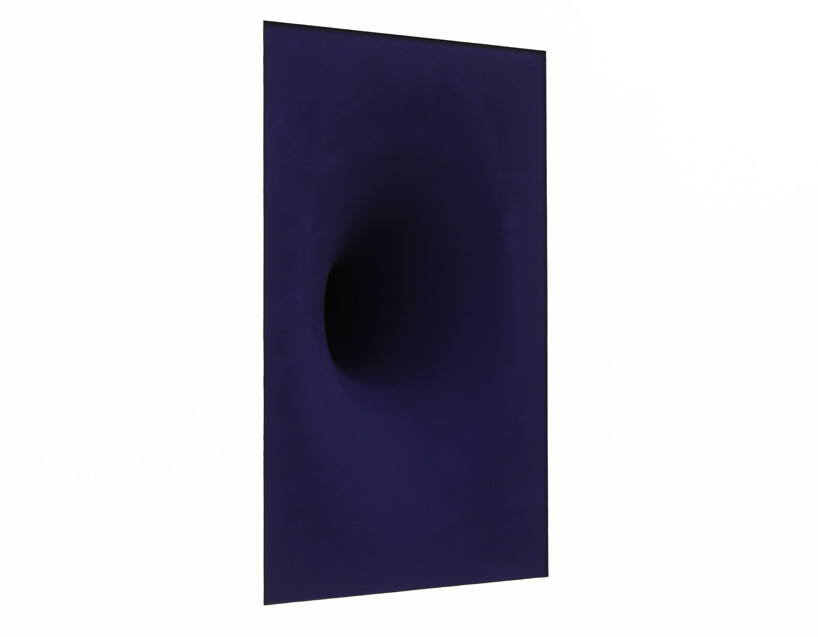 ‘my body your body’, 1993 / fibreglass and pigment / dimensions variable 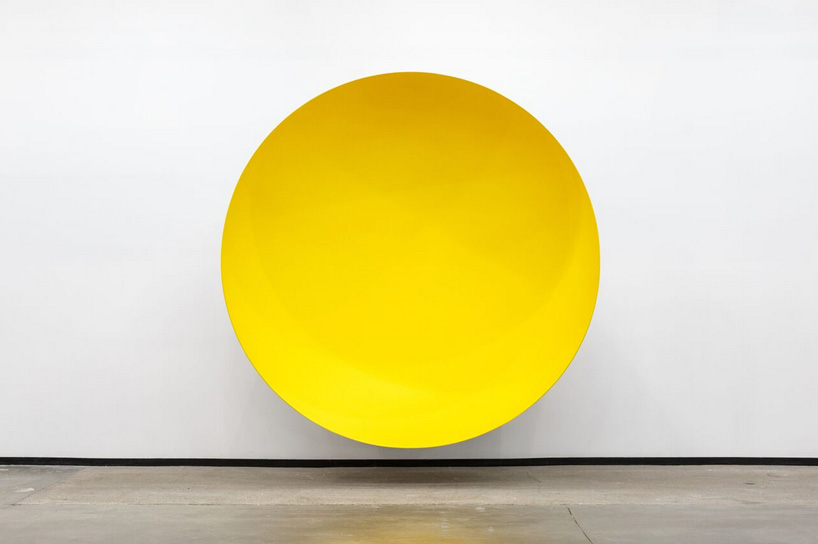 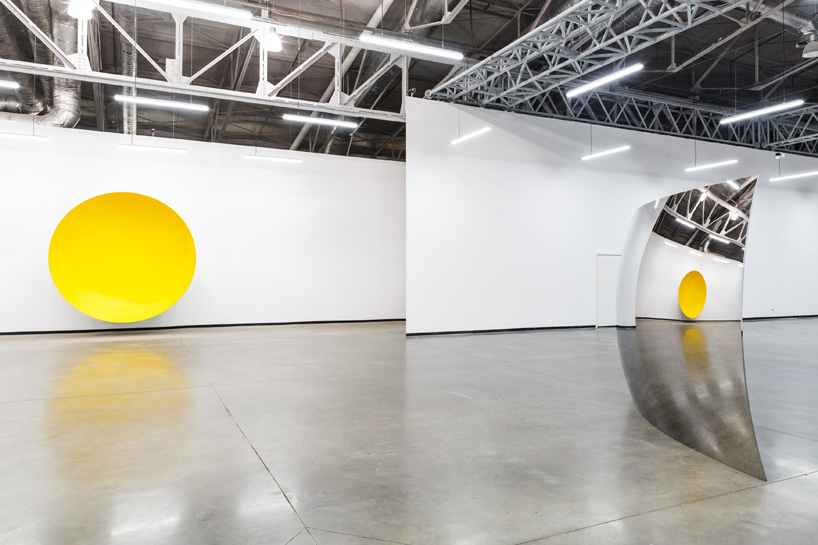 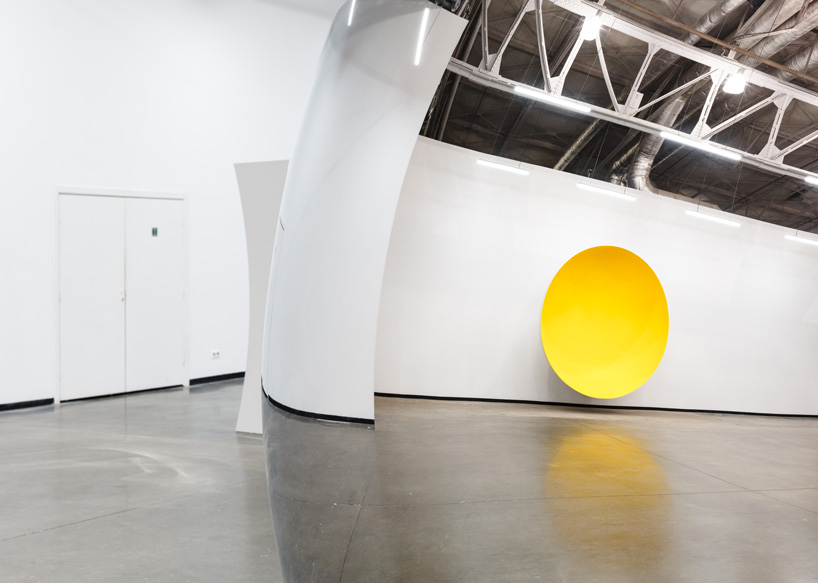 view of ‘shelter’, 2007 at the exhibition ‘my red homeland’ in moscow 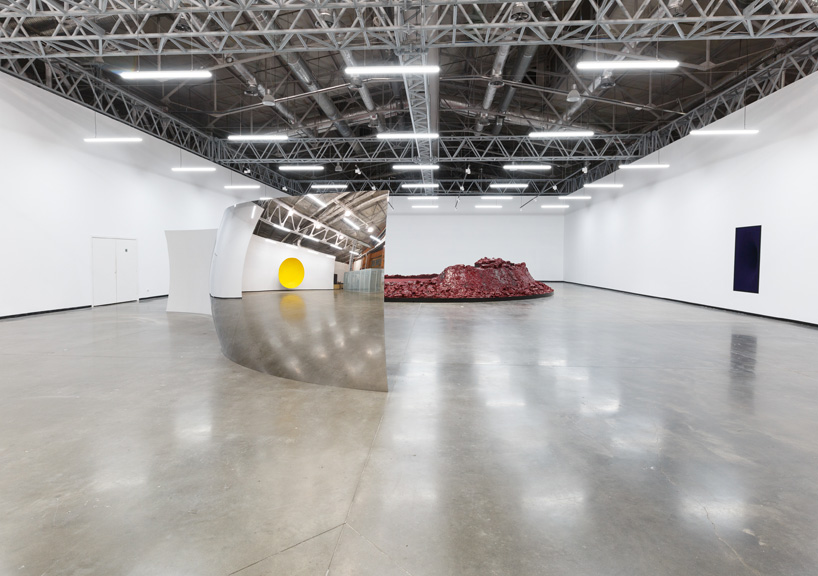 overview of the exhibition at the jewish museum and tolerance center