one of the latest works by indian artist anish kapoor is a stage design for the opera ‘pelléas et mélisande’ at brussels’ de munt theatre. kapoor is known for is large mirrored orb-like objects, most notably his ‘cloud gate’ in chicago’s millennium park. the stage furniture for the opera takes formal cues from these artworks and blends them with ideas from his earlier ‘powder pieces’ which used vividly coloured dust powder.  the prop is a large red form, which is concave or convex depending on its position. a series of stilts and ladders raise it above the stage and one side has a long gangplank that runs the piece’s width. 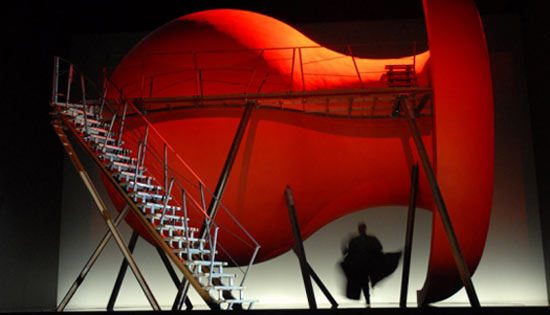 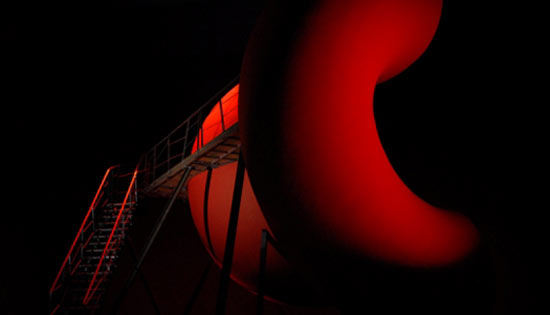 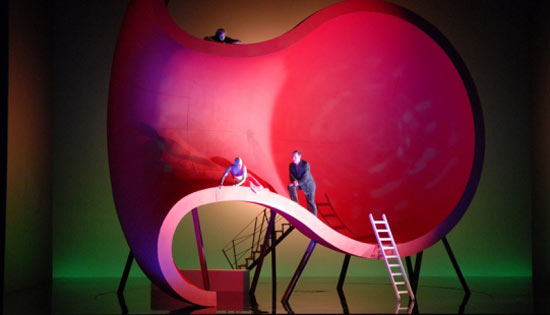 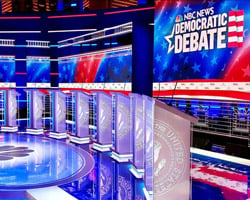 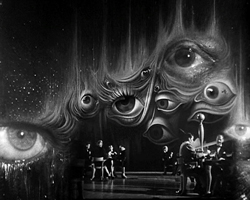