ukrainian designer anna marinenko has drawn a symbolic and visual connection between noise and nature for ‘sound form wave’. while studying outdoor vistas, marinenko observed the aesthetic similarity between the oscillating heights of mountains, trees and skylines and the waveforms of music. she has composed a series of graphic expressions which compare the two otherwise disparate images side-by-side, matching them together into a single picture. reflections of forested areas into rivers and cityscapes mirrored in the water are linked to the undulating linear illustrations of the highs and lows of sound; ocean ripples moving away from a speed boat, tall strands of grass, clouds and boats also correlate to the musical patterns. 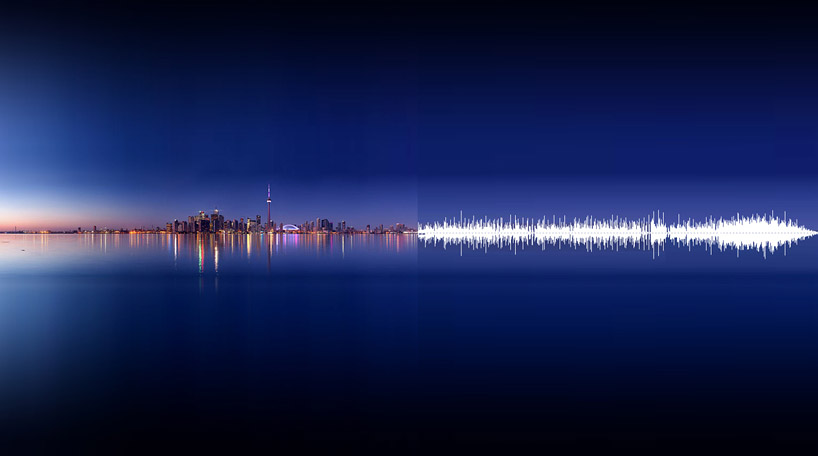 a city skyline connects to the sound wave 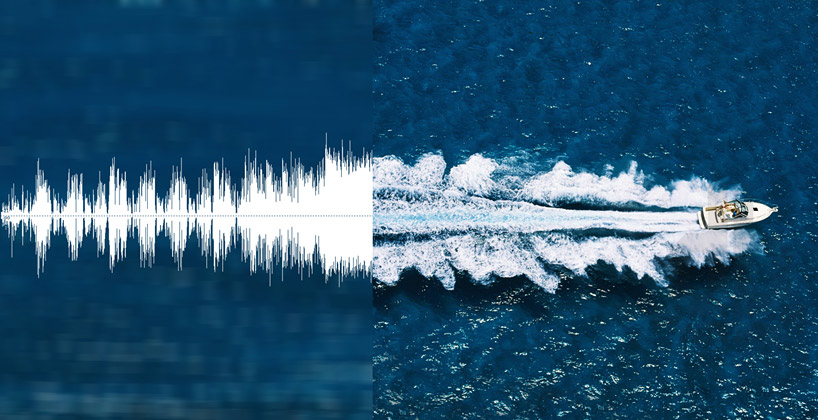 a serene landscape is visually similar to the sound wave

tall grass strands are compared to the graphic illustration of sound

mountains and trees are matched up to the wave

clouds are compared the graphic illustration

an airplane’s flight path looks like a sound wave 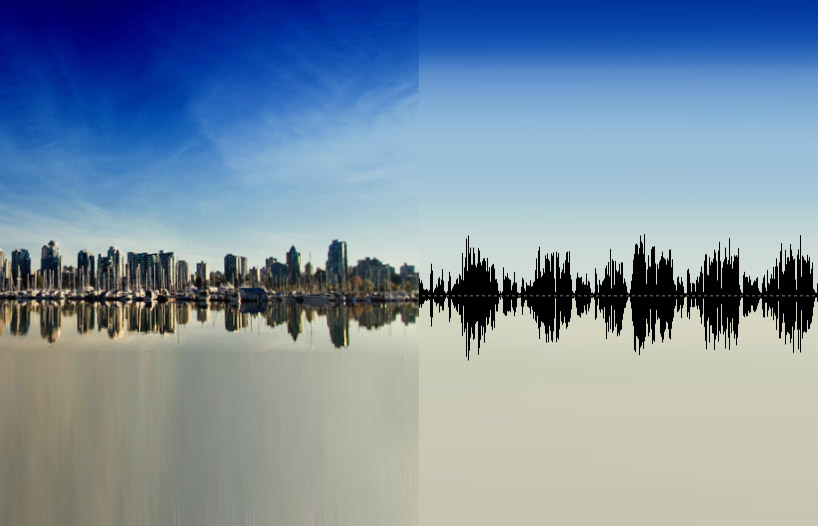