new york artist anthony mccall has displayed his sculptural installation ‘five minutes of pure sculpture‘ at hamburger bahnhof – museum für genenwart in berlin, germany. the artist has developed his exploration of solid light which has overtaken the darkened central space of hamburger bahnhof. mccall has transformed the 1,000 square meter room through his introduction of blinding small streams of light pouring down from the rafters of the vacuous, black space. this in-depth installation of mccall’s work is the first instance in which both vertical and horizontal luminescent forms are displayed within the same show.

when a viewer enters the exhibition, he/she wanders through five single and two double projections. four light figures are vertical while the other three shine horizontally and each of the seven beams are made more brilliant by a thin haze. the cavernous space is filled with the luminescent, kinetic sculptures projected from a height of ten meters. the slow moving beams of light, stop soundly on the facing walls, the cleared floor or a free-standing wall– the bright cones move in steady criss-crossed formations complemented by a soundtrack by mccall and david grubbs. 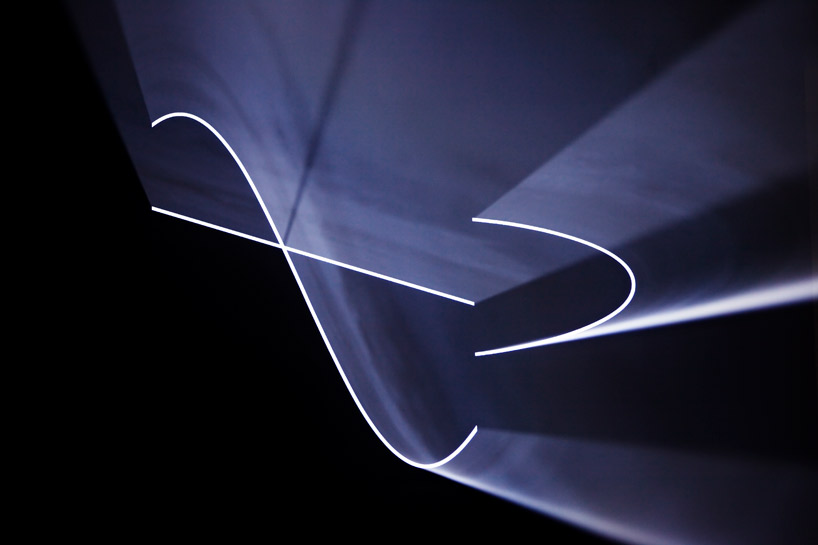 detailed perspective of the slivers of light hitting a flat surface 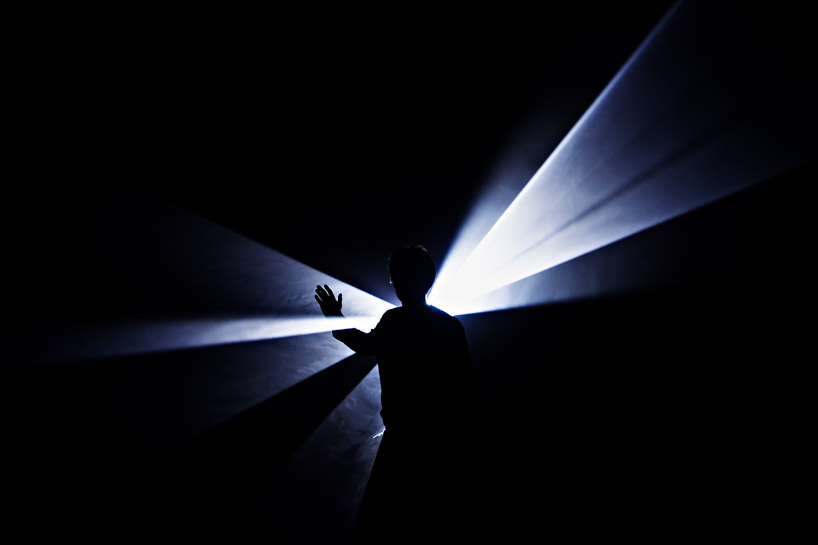 a viewer interacts with the sculptural work 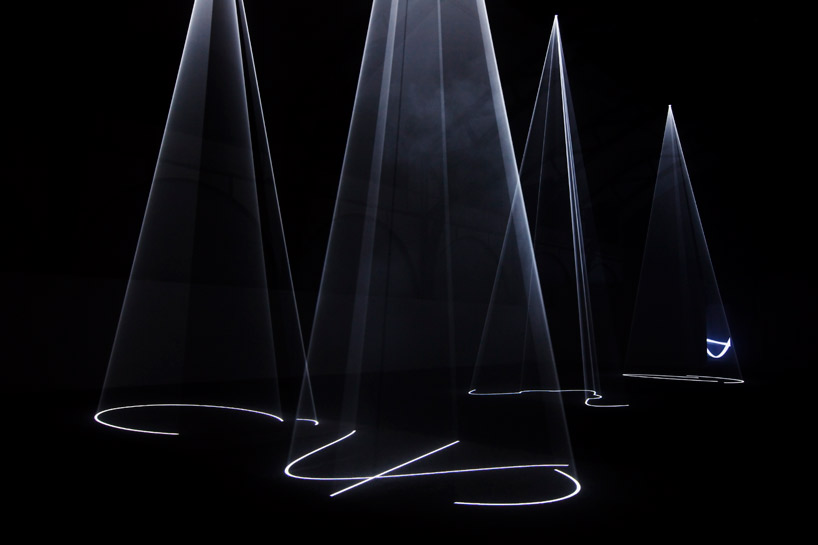 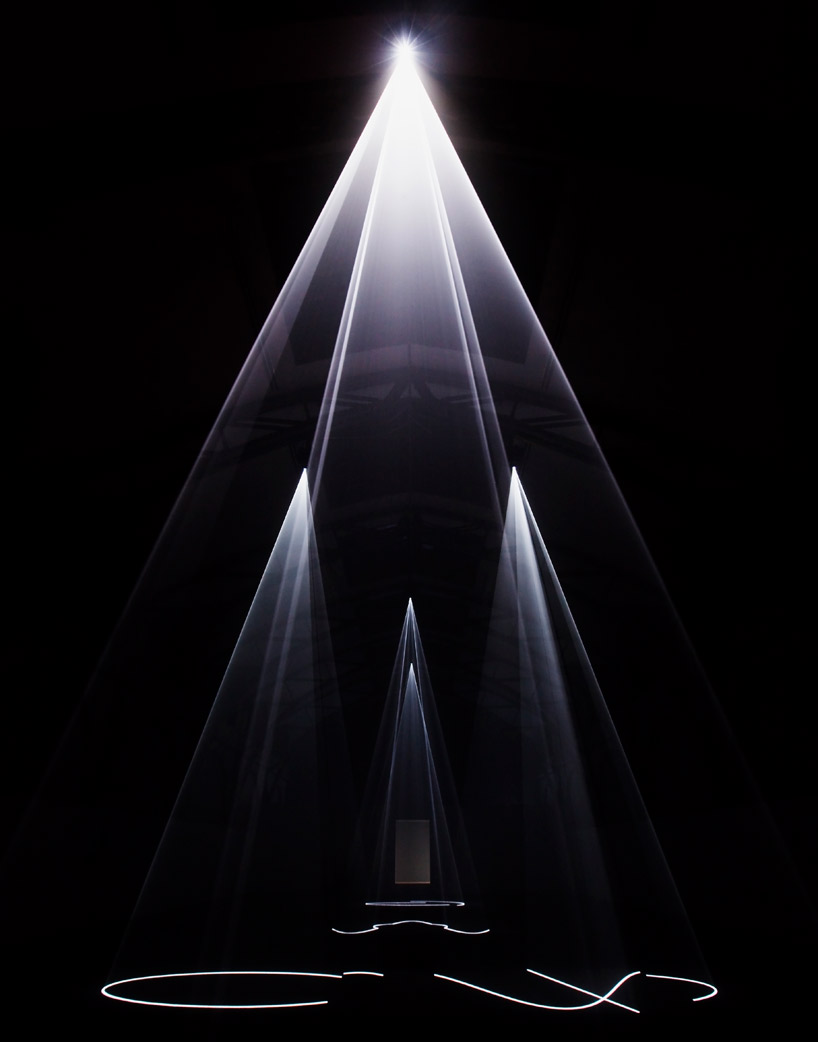 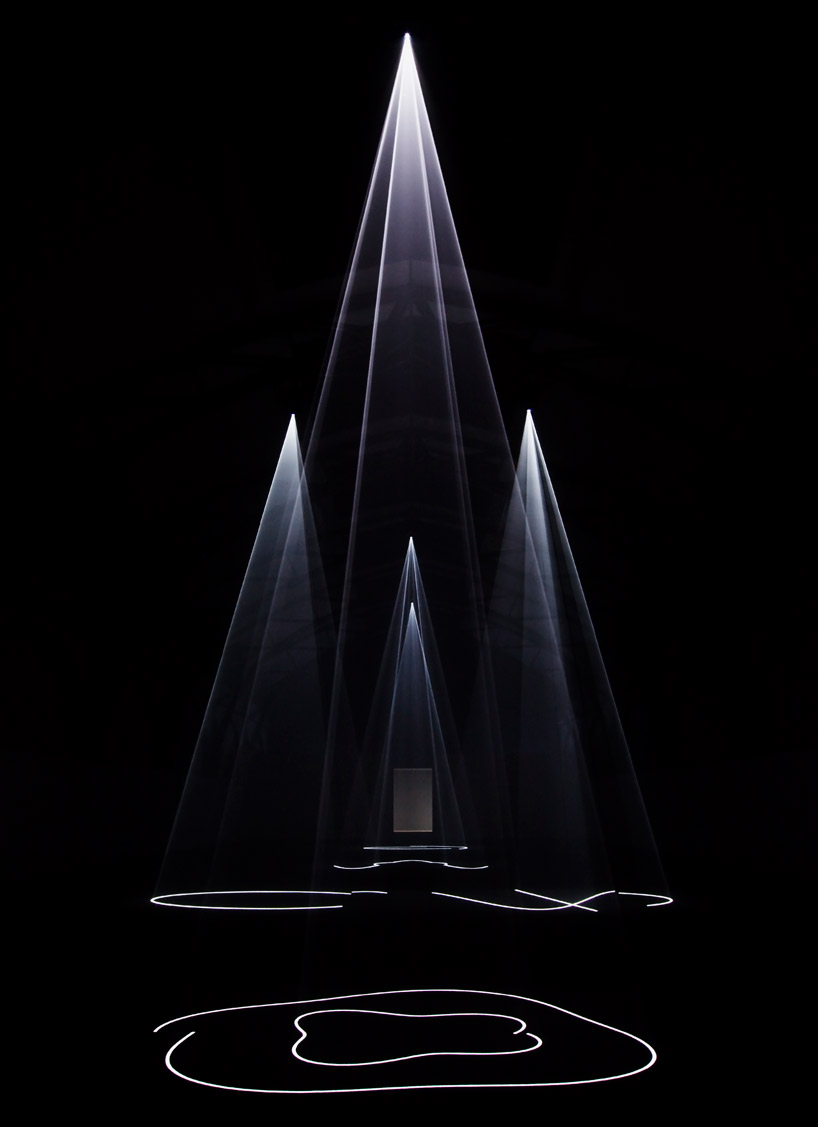 the luminescent figures slowly turn, only observed when viewers watch the end point of the projection