as people take the subway, walk to work and sit in bed, it’s likely to find them in a semi-trance-like state, staring vacantly at their shining smartphone screens. seized by the hazy glow of their devices, groups of tourists in museums and couples at restaurants seem more engrossed by digital objects than the tangible world around them. the near-endless scroll of instagram, twitter and facebook feeds afford enough content to capture the ever-shortening attention spans of adolescents and adults alike. 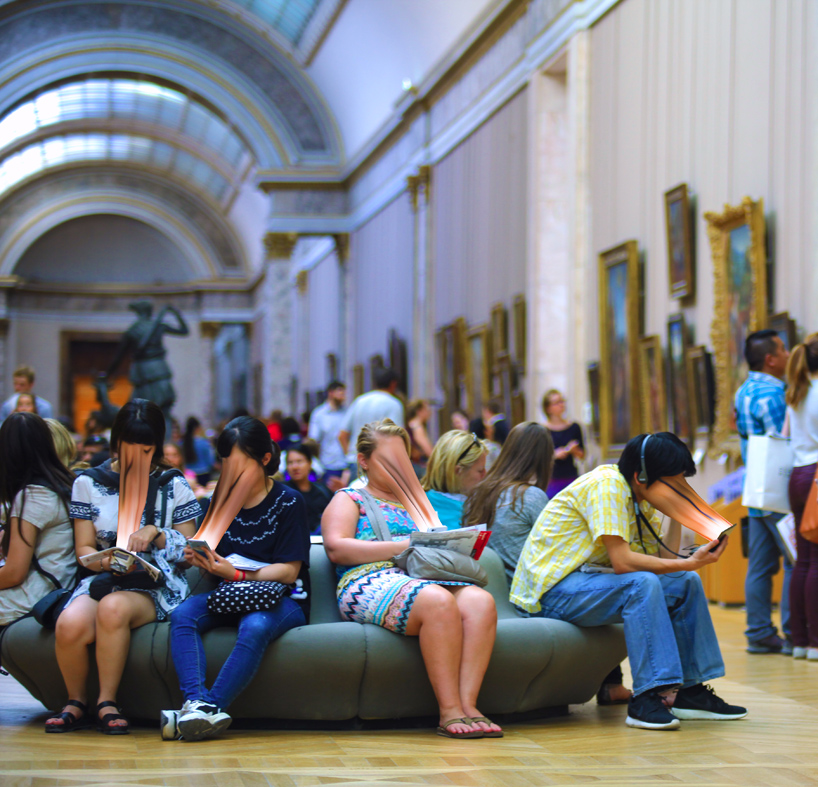 french artist antoine geiger visualizes this obsessive and immersive relationship with smartphones through the series of digital manipulations titled ‘SUR-FAKE’. faces are sucked from their origin by an unseen force embedded within each device, stretching the person’s features into an unrecognizable blur. ‘I wanted to come back to the idea of fake identities, over-exposed, sucked by the digital gulf that breaks the relationship to reality,’ geiger says. ‘what interests me in this texture of sucked faces is the over-exposure that gradually allows a very organic dimension, as well as digital, to render something quite disturbing.’ 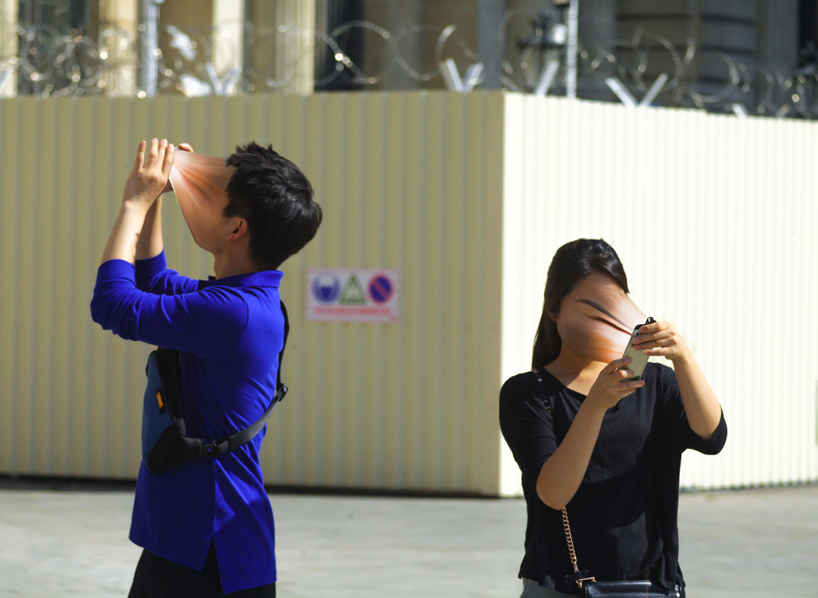 faces are sucked into the smartphone by a unseen force 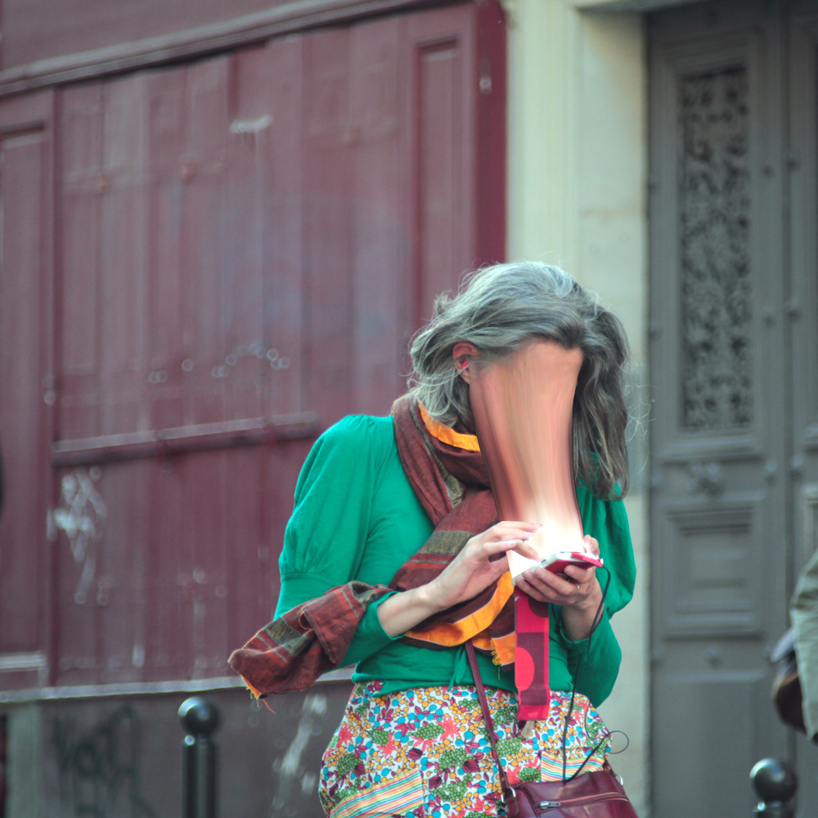 the woman’s facial features are stretched into an unrecognizable blur 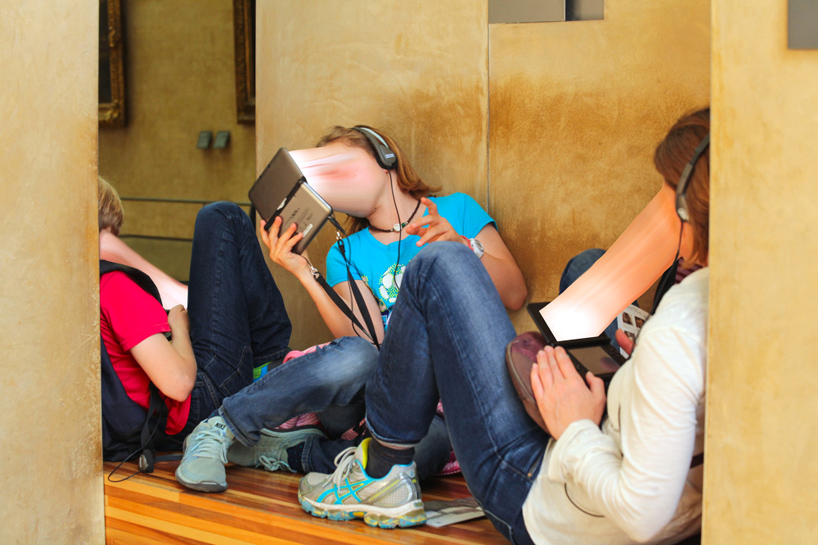 geiger visualizes our obsessive and immersive relationship with smartphones 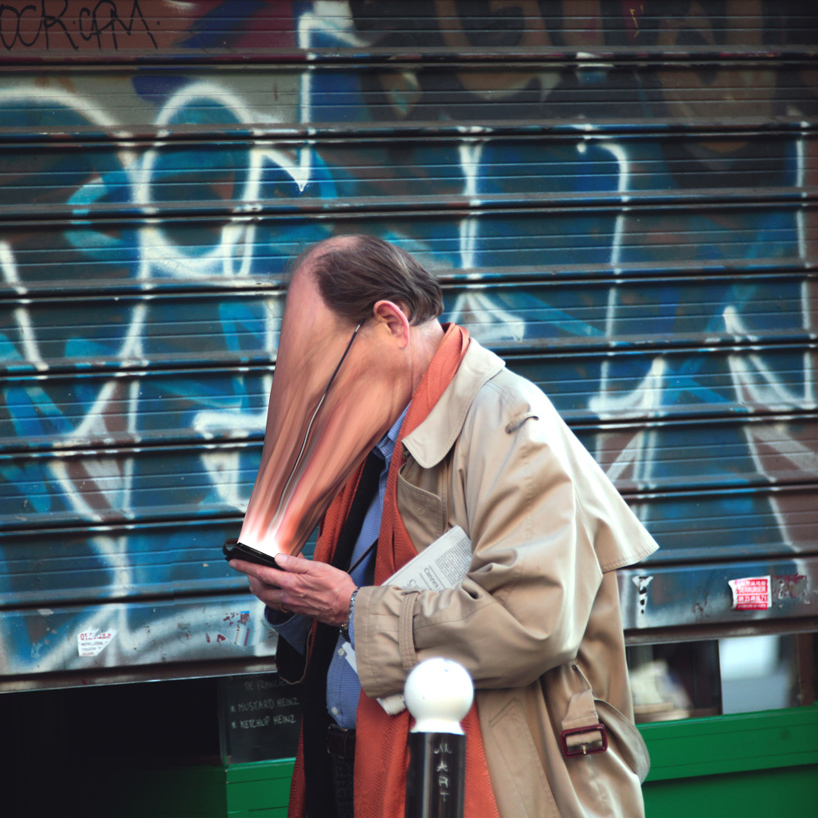 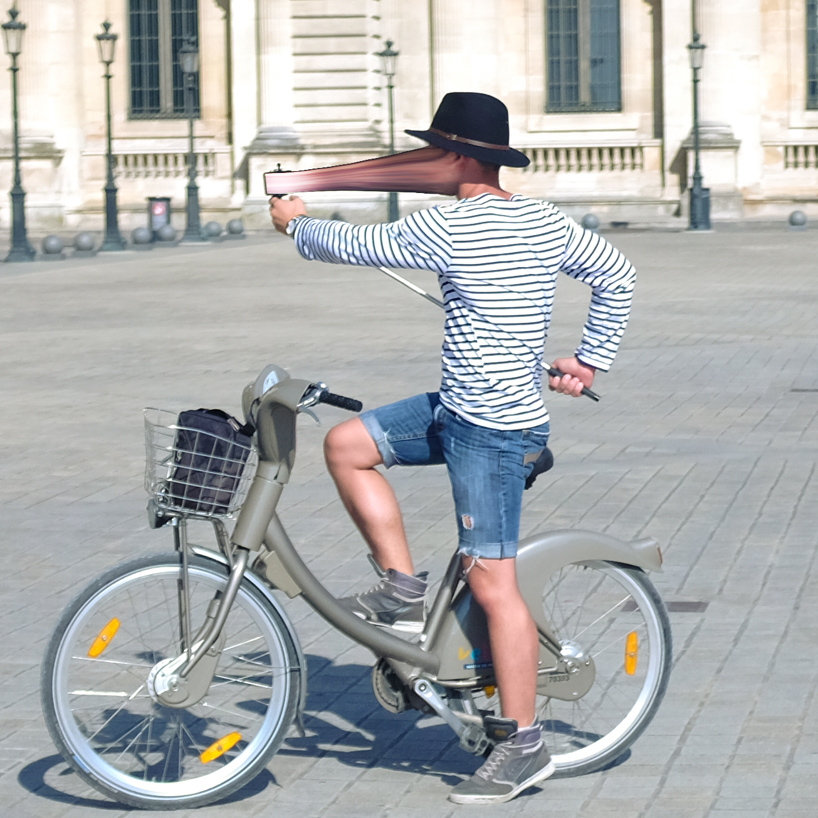 while a cyclist takes a photo using a selfie stick, his face is warped by the stretched effect 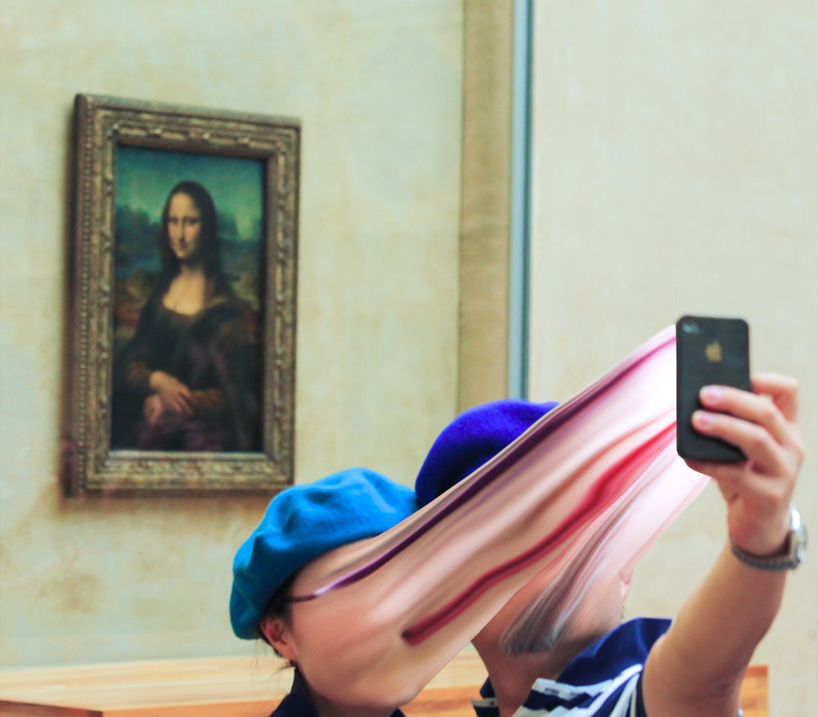