from his studio in brooklyn, photographer and designer anton repponen takes pieces from his surrounding environment out of their usual context and digitally inserts them into desolate, natural landscapes. ‘misplaced‘ sees eleven of new york city’s most famous architectural monuments isolated from the existing urban fabric and re-situated in the middle of deserts, on the tops of mountains, and in the depths of the ocean.

landmarks by some of the world’s leading contemporary and classic architects — like SANAA’s new museum, the recently-opened MET breuer, and frank gehry’s beekman tower — are detached from the manhattan cityscape and displaced in unusual, organic settings devoid of human intervention. by sequestering these structures away from the hustle and bustle, their architectural shape and form becomes more defined and easily understood. the juxtaposition of these concrete volumes and glossy glass windows against sand dunes and rocky cliffs forms a new way of perceiving and appreciating these otherwise familiar architectural landmarks. carefully crafted stories by jon earle accompany each image, narrating a fictional tale about how it landed there. see images of the misplaced momuments below, and the project in its entirety here. 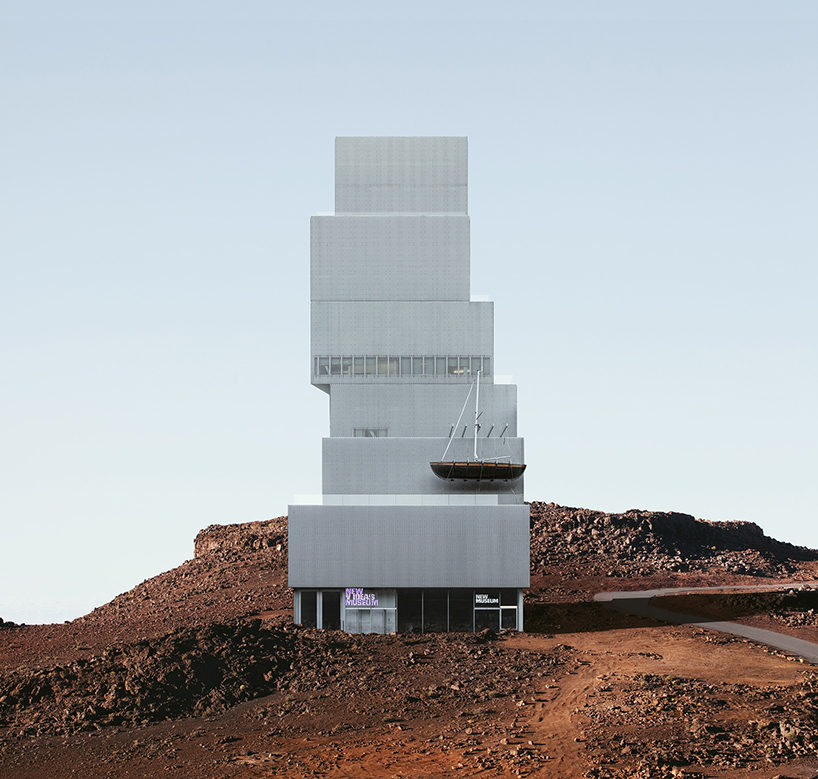 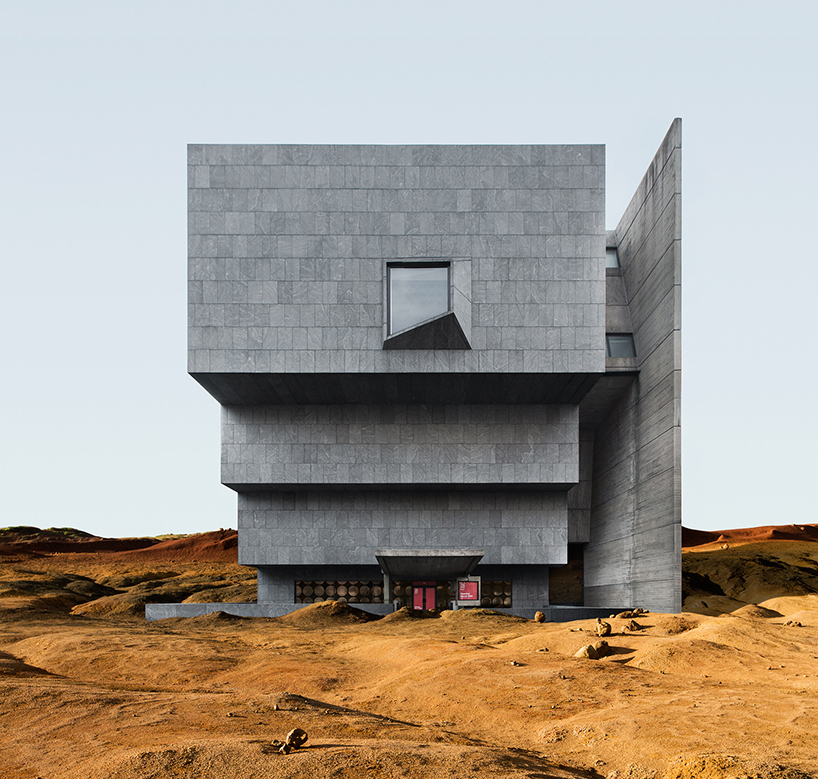 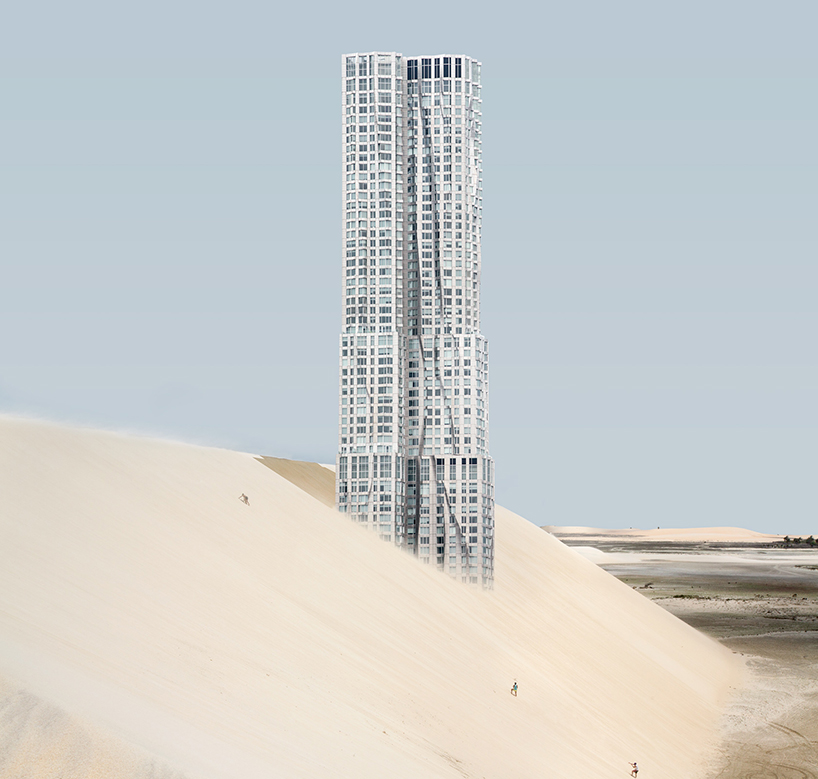 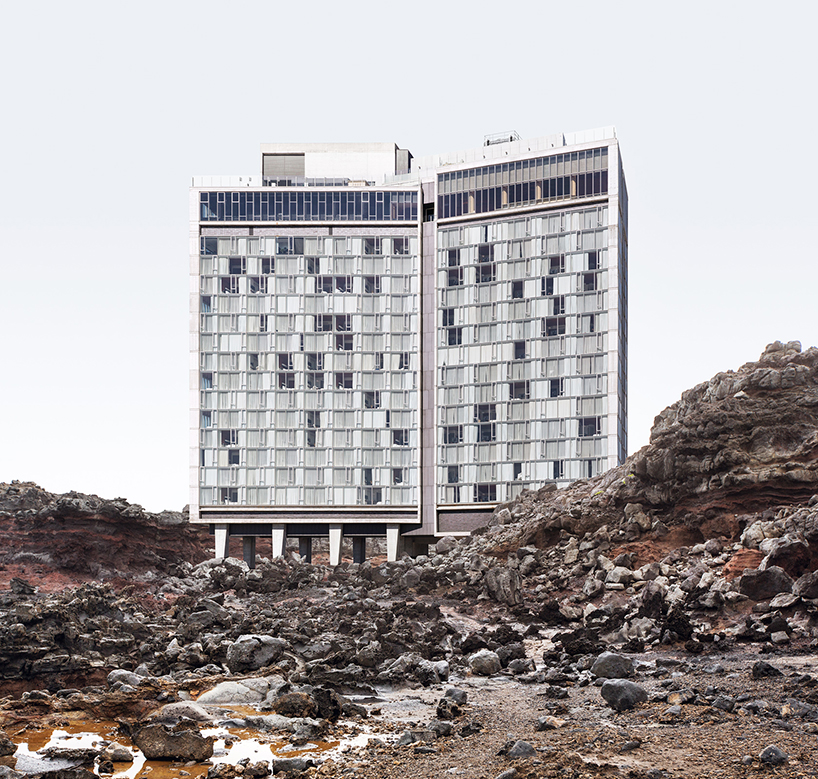 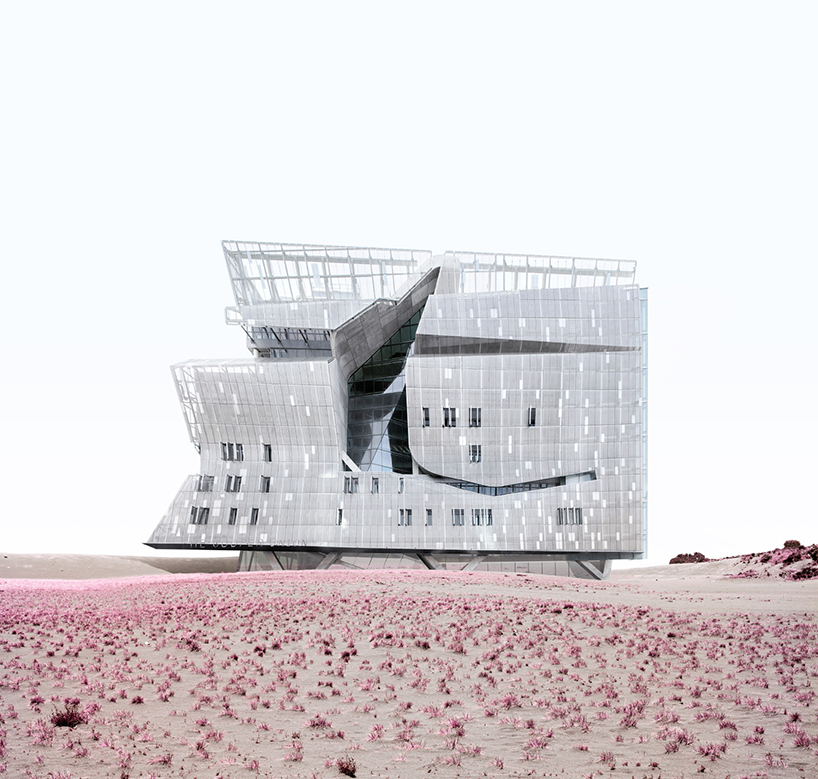 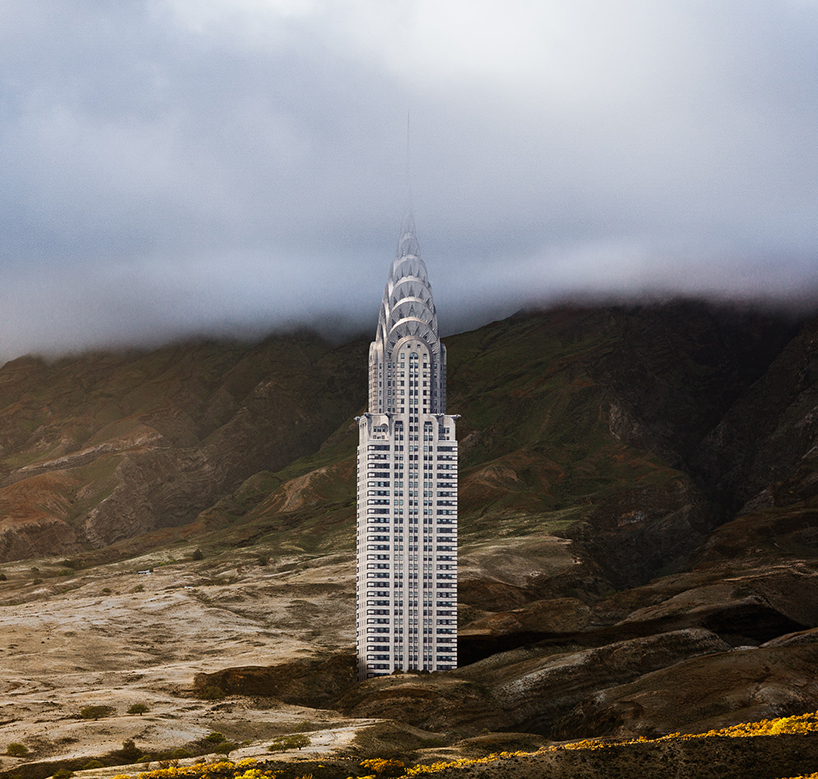 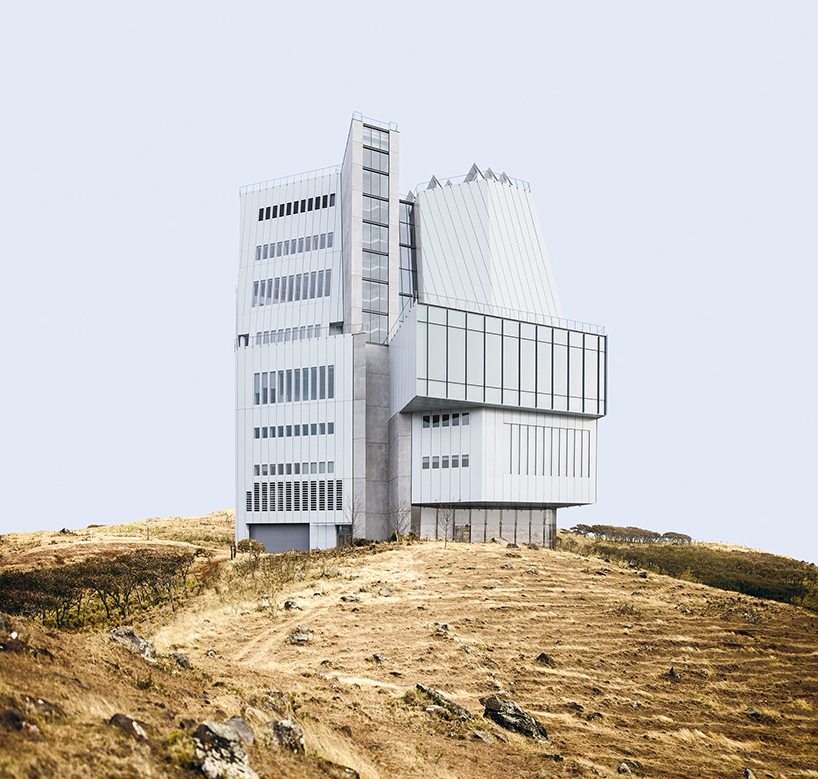 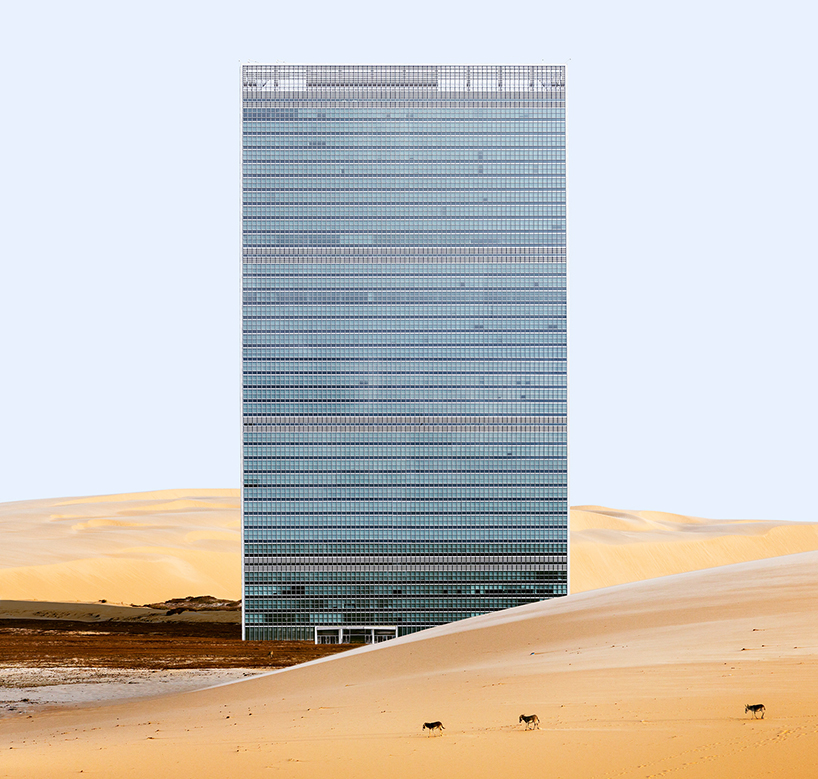 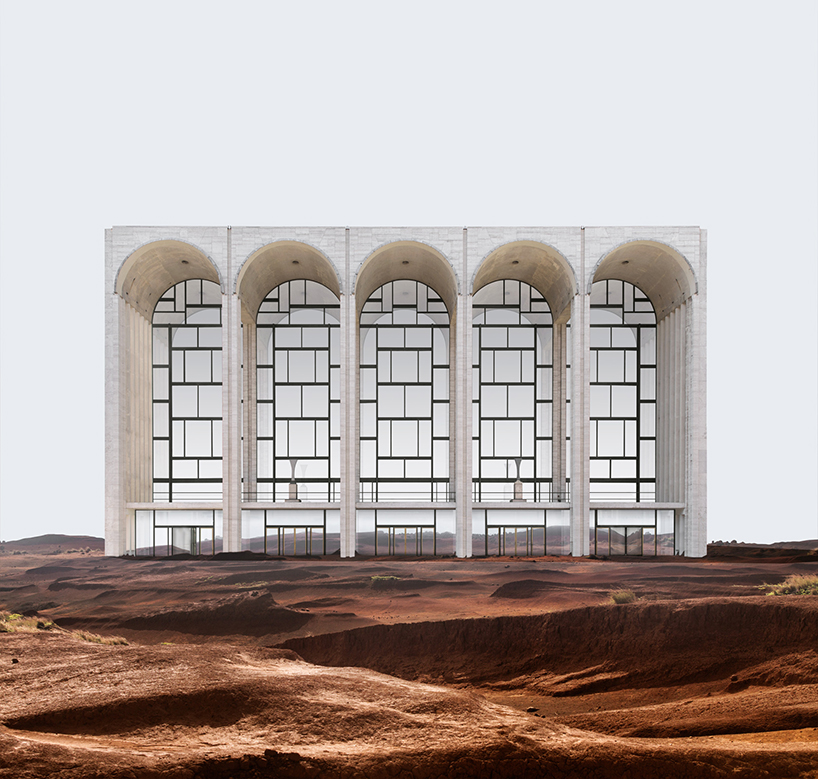 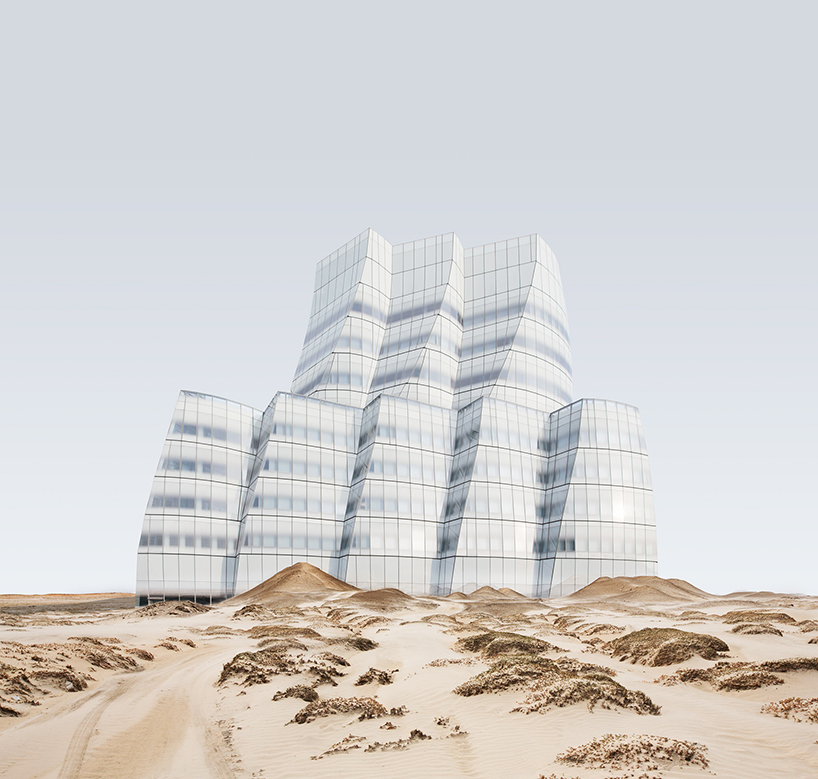 the IAC building, by frank gehry, isolated amongst sandy dunes 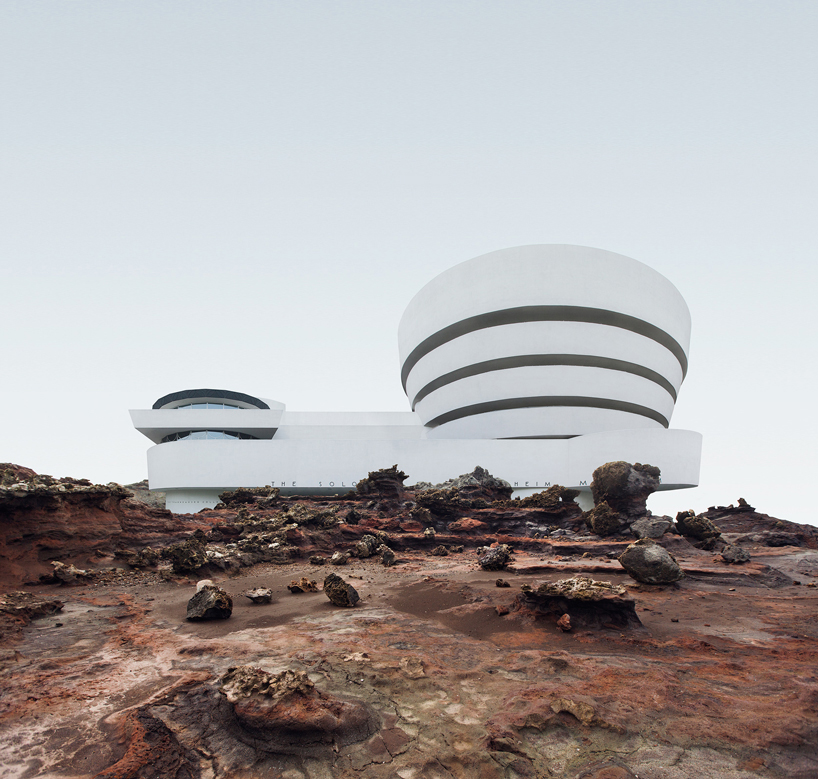