antony gormley is an english sculptor, an interpreter of form, and an examiner of the relationship between human body and space. for more than 40 years, gormley’s sculptures, installations and public artworks have confronted fundamental questions of where human beings stand in tandem with nature, and with the universe. the turner prize-winning artist has previously engaged in studies of archaeology, anthropology, art history, and buddhist meditation — experiences that profoundly informed his work. whether they be lead figures cast from his own body, monumental inhabitable sculptures, or full-scale anatomies standing on skyscraper edges, gormley reflects on his belief that the spiritual and physical selves are delicately intertwined.

designboom spoke exclusively with antony gormley at the exhibition ‘fit’ in london, where he discussed the thinking behind the show, his continuing partnership with white cube gallery, and the overall themes imbued in his sculptural work. 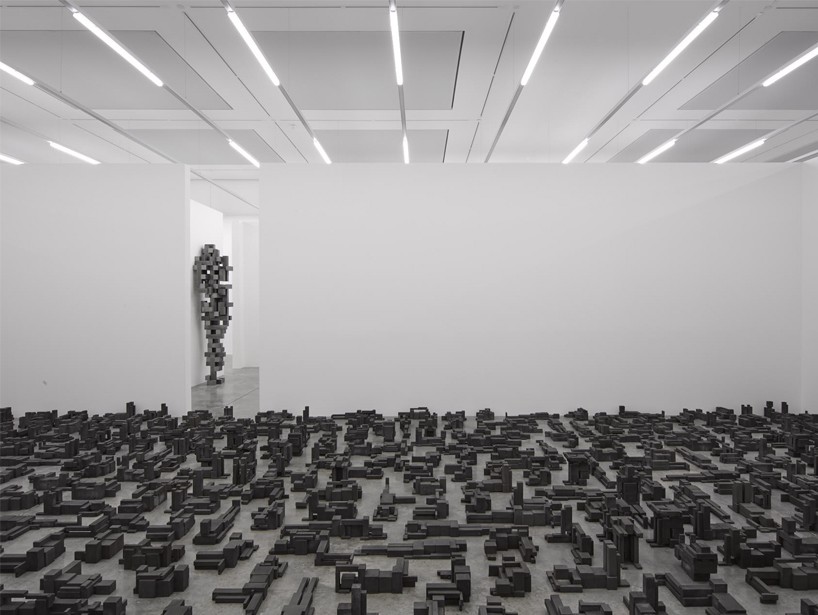 designboom (DB): what were the initial ideas that influenced the ‘fit’ exhibition at white cube gallery in london?

antony gormley (AG): well, when we scheduled another show for the white cube, I thought: what have I been making over the last two years and how could that possibly make sense all together. we started with the idea of making 100 objects, irrespective of scale and material, and laying them out on a grid on the floor. that was the beginning of this ‘fit’ show, and was about a year ago. 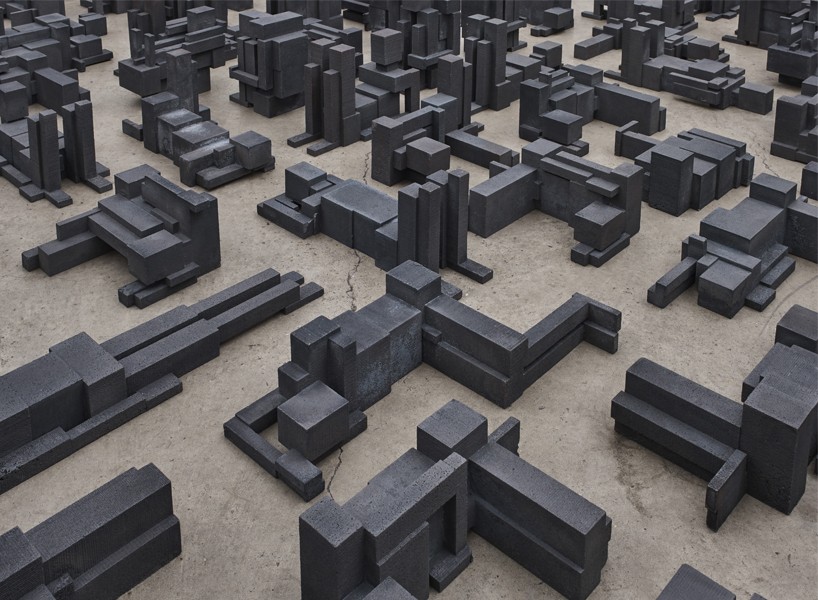 DB: as the thinking behind the exhibition evolved, what challenges did you face in presenting the pieces together?

AG: while being conceptually and democratically very interesting, its limitations were obviously clear to me from the very beginning. in the process of thinking about the show, a lot of the more mutable materials got wiped out. there were small balsa wood models, which have ended up in the archive, and polystyrene, wax and plaster pieces were completely wiped out as well. 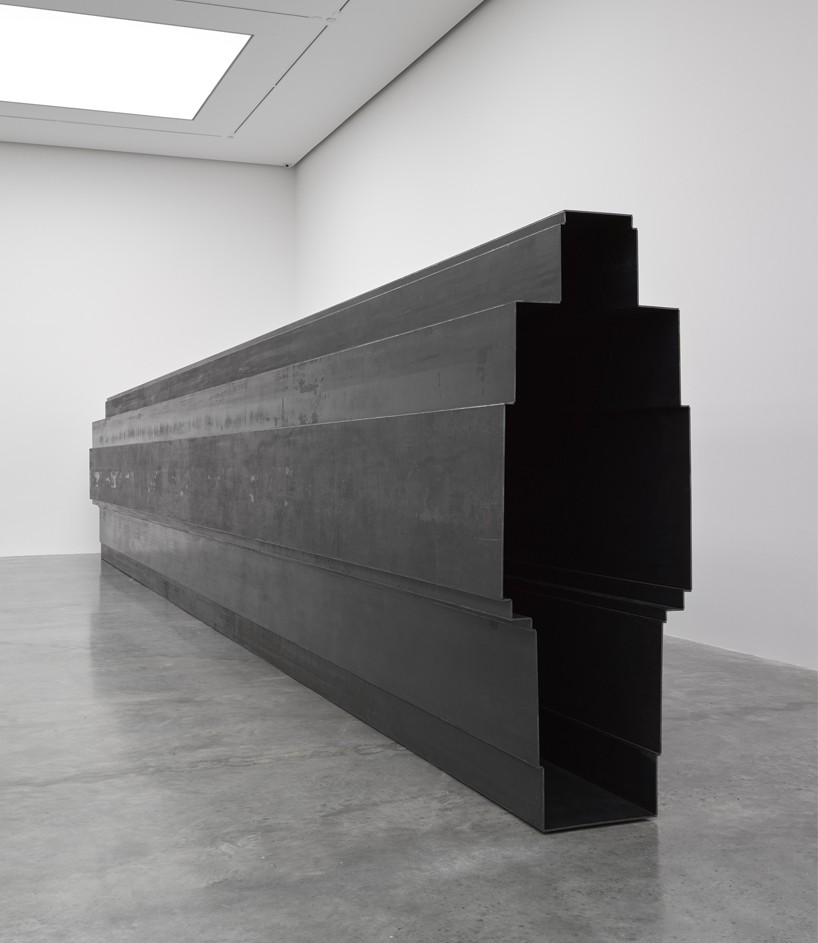 designboom (DB): how did you envision these objects in tandem with each other, and their relationship to the gallery?

AG: I began to realize that what the objects could do to each other, and how they could activate the space, was actually much more important than just letting them fight it out without acknowledging their particular language and form. it became really extraordinary how the making of the chambers became instrumented in themselves. this looked at what would be in the them, and how the exhibition would work in terms of every space having to be reinforced or a contradiction with the previous ‘model’ exhibition. 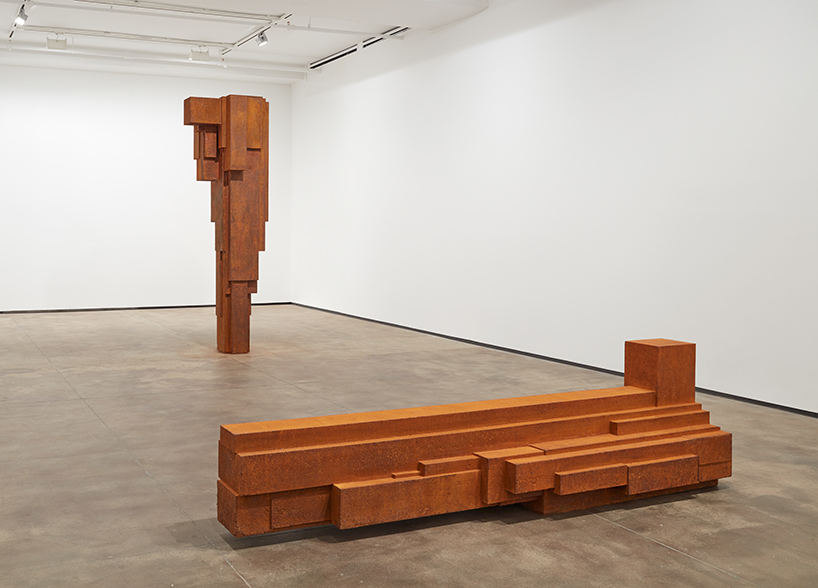 DB: can you explain the reasoning behind the exhibition as a labyrinth and how this configuration was decided?

AG: well it’s actually built around the ‘sleeping field’ installation. it’s funny, the ‘sleeping field’ came quite early on actually. I had the realization that it had to be the core, the enigma, the un-enterable room that had the biggest questions hanging over it. overall, you could say that the syntax of the show is quite crisp. it uses line, plane and mass, allied to scale as a quality in its own right. 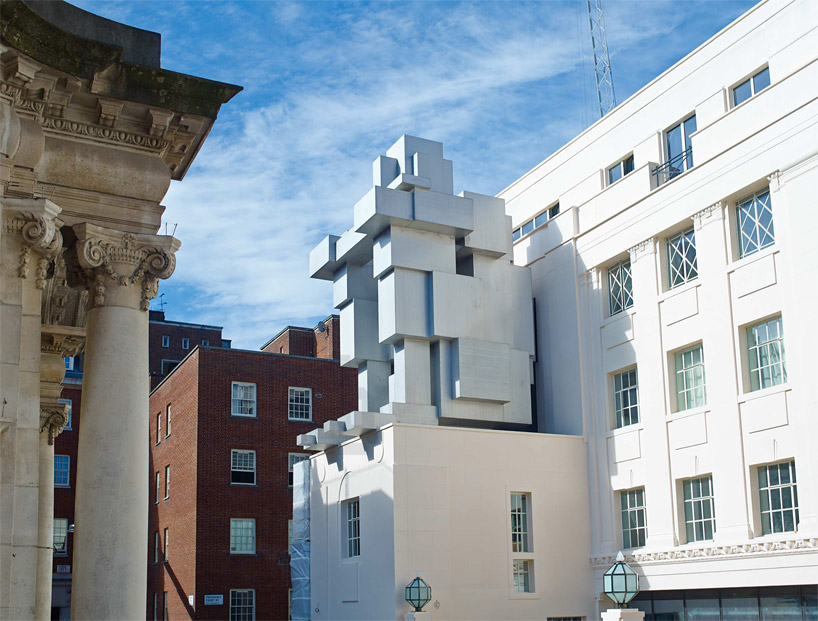 DB: what were some of the themes that arose when organizing the show?

AG: well, we wanted to make a show that takes people across the potential of sculpture. this is by either activating space, in terms of three-dimensional drawings; to containing space, in the terms of the potential of architectural drawing or box-making; or displacing space, in the manner of large, solid castings. those were the principles that emerged when configuring the exhibition. I am very proud with what we have done. we wouldn’t have been able to do it without the quite considerable support of the white cube gallery. 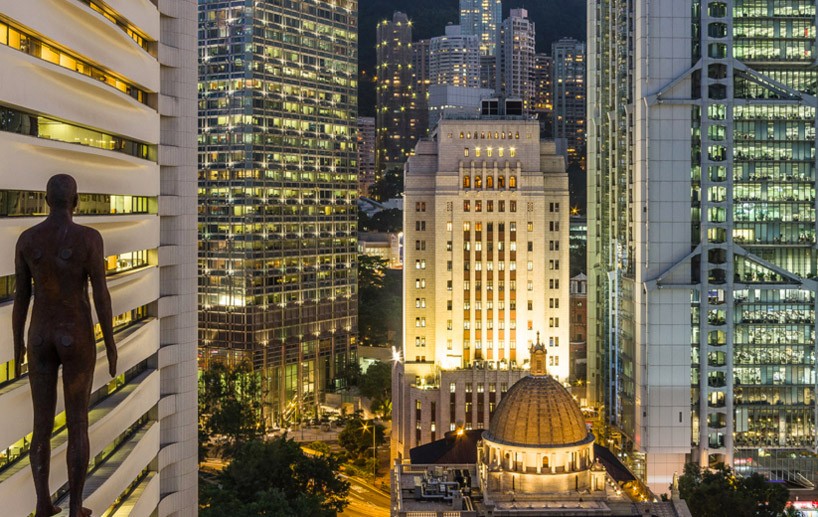 DB: how do see your partnership white cube gallery evolving in years to come?

AG: I cannot imagine being able to do what I do without the help of white cube. they have been absolutely extraordinary. basically, I think that jay’s philosophy of [jay jopling, founder of white cube]: why do something conventional or ordinary, when you can do something different and extraordinary, and then if it is going to be extraordinary let’s take it to its conclusion. this philosophy is really exciting, especially when given that kind of support behind your project. 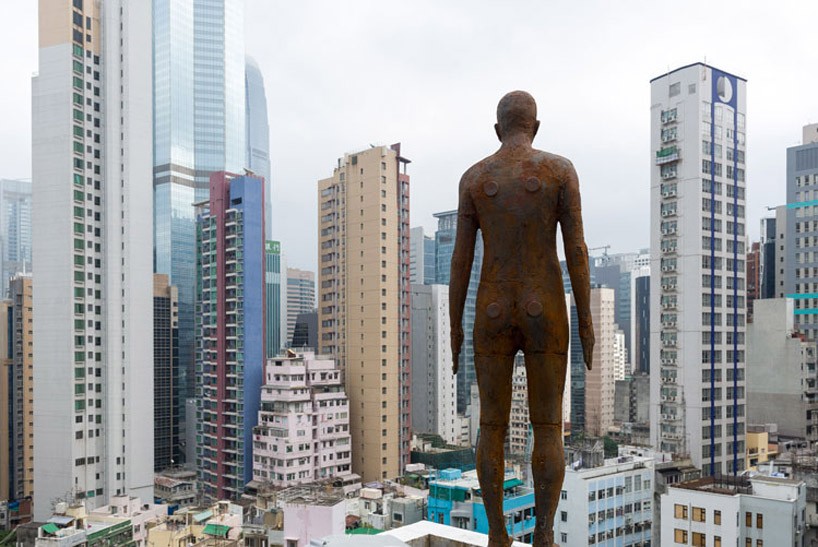 DB: how does your work — and particularly ‘sleeping field’ — reference the subjects of city landscapes, migration and inclusiveness?

AG: the whole show is all about us — humans and society — and the ‘sleeping field’ is a main part of this idea. it is about the forces that are affecting cities, not just london but around the world. we have ever greater divisions between the rich and the poor, and ever bigger corporation interests that are in contradiction and alien to communities and individual interests. 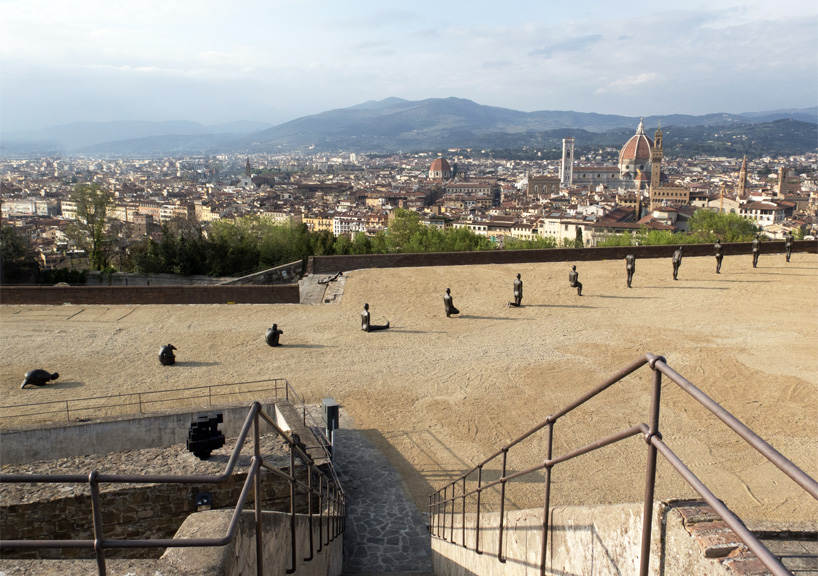 DB: how do you see our relationships to each other influenced by the infrastructure that surrounds us? 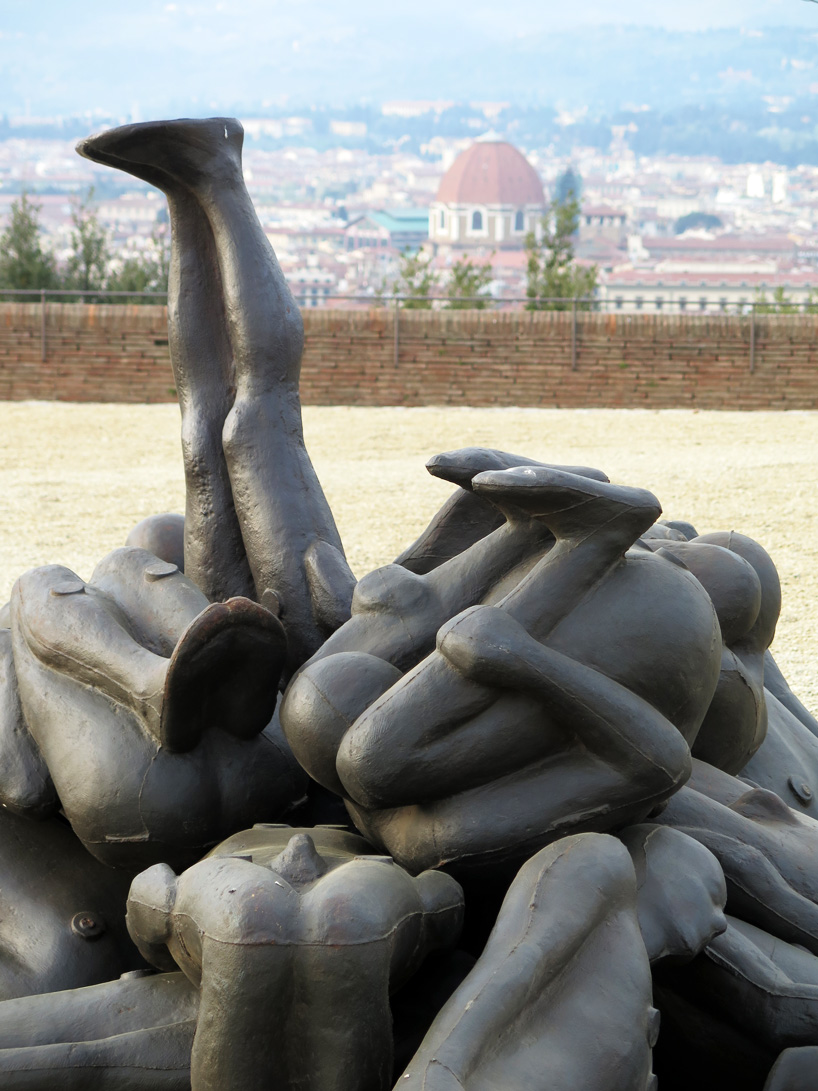 the inner rooms of the historic forte di belvedere, its ramparts, steps and terraces were filled with artwork
image by antony gormley / courtesy galleria continua and white cube © the artist 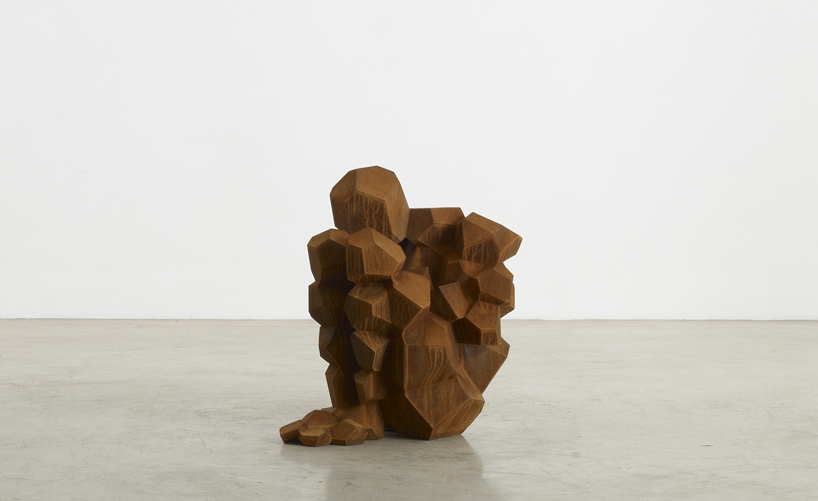 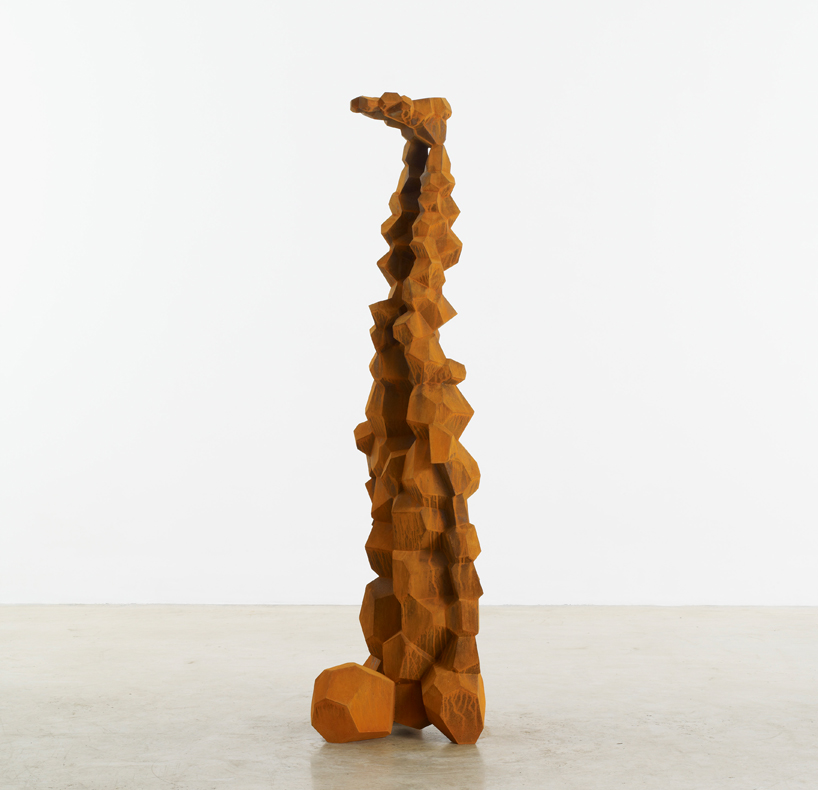 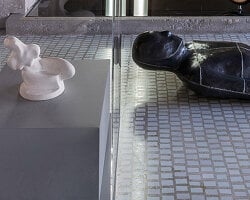 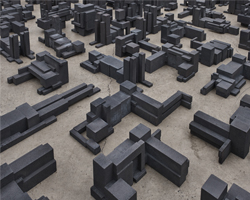