the ‘stenop.es’ project converts apartment buildings into camera obscura; here the view of the city of pushkar, india is cast upon a bedroom wall the photograph has been rotated 180° to show the city imagery right-side up, since as with all pinhole cameras it is reflected onto the wall upside down

the ‘stenop.es‘ project by french photographers romain alary and antoine levi effectively transforms apartment rooms into pinhole cameras, merging outdoor and indoor landscapes as the view outside is cast (upside down) upon interior walls.

to achieve the effect, the photographers darken the entire apartment, blocking all light from windows save for a small hole that lets a beam of light enter. rather than the image being captured onto photographic paper in the apartment, the artists instead capture the resulting imagery with stationary DSLR cameras focused on the wall. this perspective permits the striking meshing of ordinary household objects with the edifices and landforms outside.

see below for time lapse videos and more photographs from the project. on the ‘stenop.es’ contribution page, viewers are also invited to suggest locations for upcoming shoots in paris or the rest of the world. 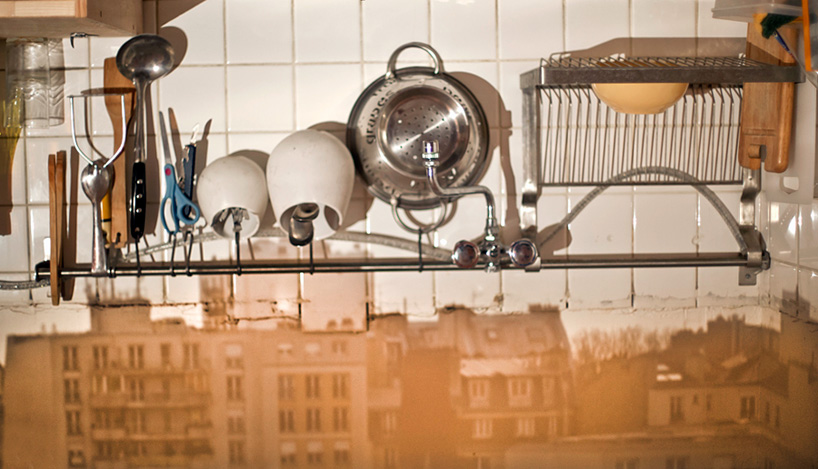 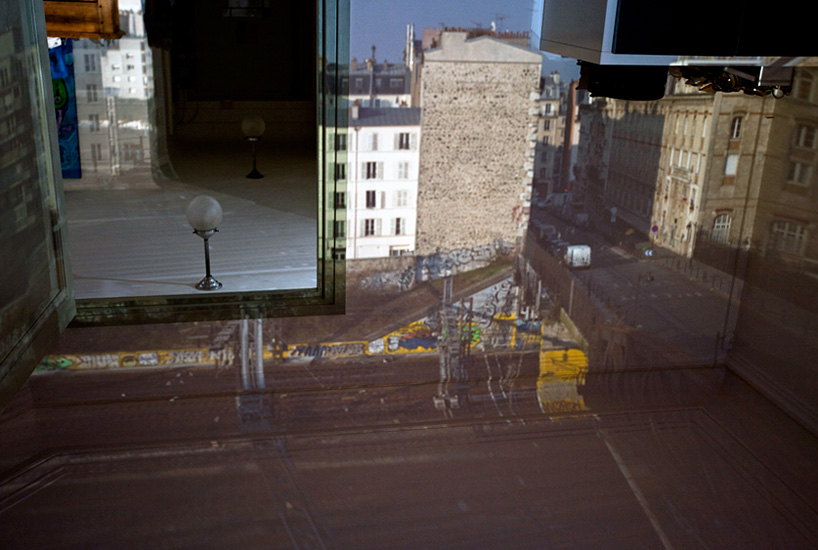 editor’s note: in 2009, artists tom carey and sean chilvers used a bedroom as a camera obscura. see designboom’s coverage of ‘in the dark‘ here. or you might be interested in more experimental pinhole cameras, like francesco capponi’s ‘pinhegg’ pinhole camera from an egg.