we all know apple as the mega-makers of everything from desktop computers to smart watches, but back in 1968 before its rise to ubiquity, the ‘apple’ brand actually belonged to the beatles, as the chosen name of their record label. john, paul, george and ringo founded ‘apple records’ as a creative outlet for themselves and a selection of other pop and rock musical artists. a legal battle over the name ensued when steve jobs’ start-up came on the scene about 10 years later, resulting in a nearly 30-year-battle over competing trademark rights.

this prolonged crusade for the coveted ‘apple’ title probed UK-based home cinema specialists superfi to imagine the union of the two. ‘what if apple record and apple computer were the same thing?’. to answer this question, they’ve restyled some iconic beatles vinyl — from abbey road to help! — as if they were designed by today’s tech giant, apple computers. 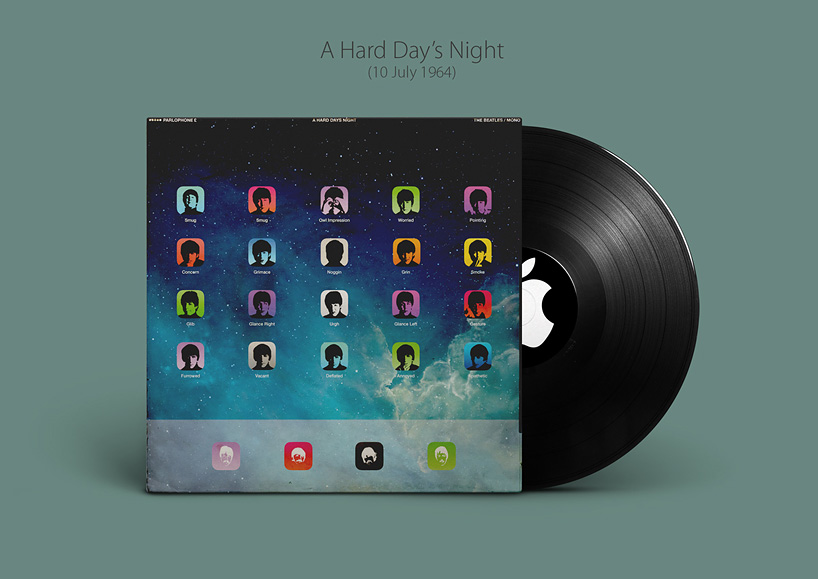 ‘a hard day’s night’ features some of the beatles’ most famous songs and has often been cited as one of the greatest albums of all time. the cover featured a fun set of portrait shots of each band member arranged in small squares. a little bit like icons, some say…’ 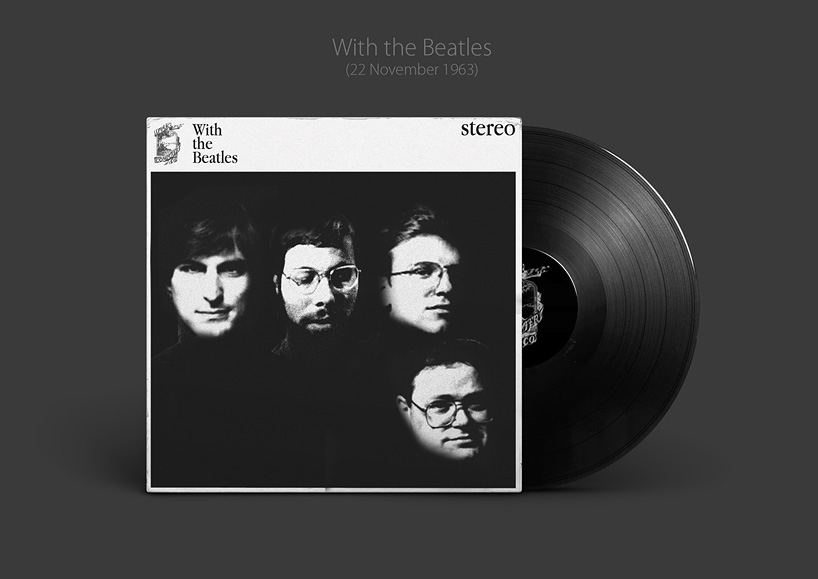 ‘with the beatles’ features eight original tracks and six covers and reached chart position number 1. the original cover with photograph by robert freeman features lennon, harrison, mccartney and starr in an unusual arrangement to fit the square cover, with strong, moody shadowing. so what do you think of jobs, wozniack, espinoza and scott?’ 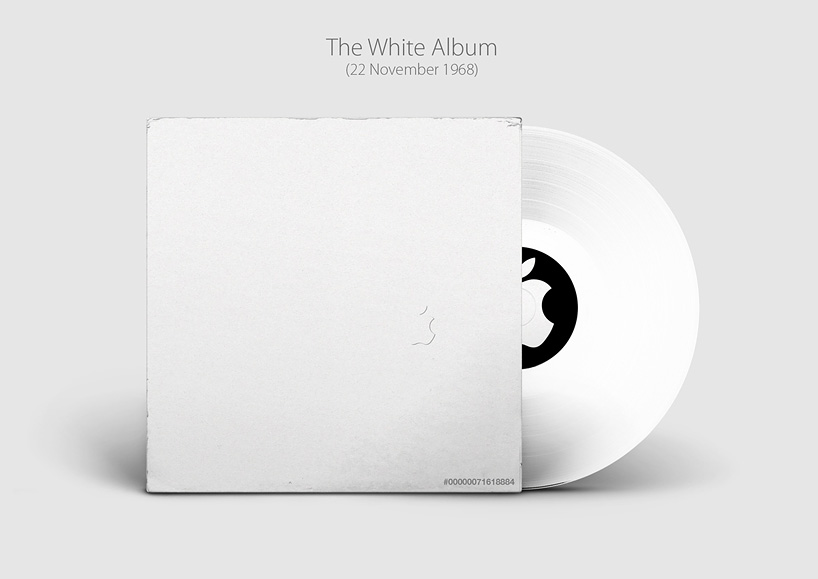 ‘this self-titled album has come to be known as ‘the white album’ due to its strikingly simple cover. simplicity. lack of complication, distilling ideas to their essence. reminds us of something else… oh yes, apple.’ 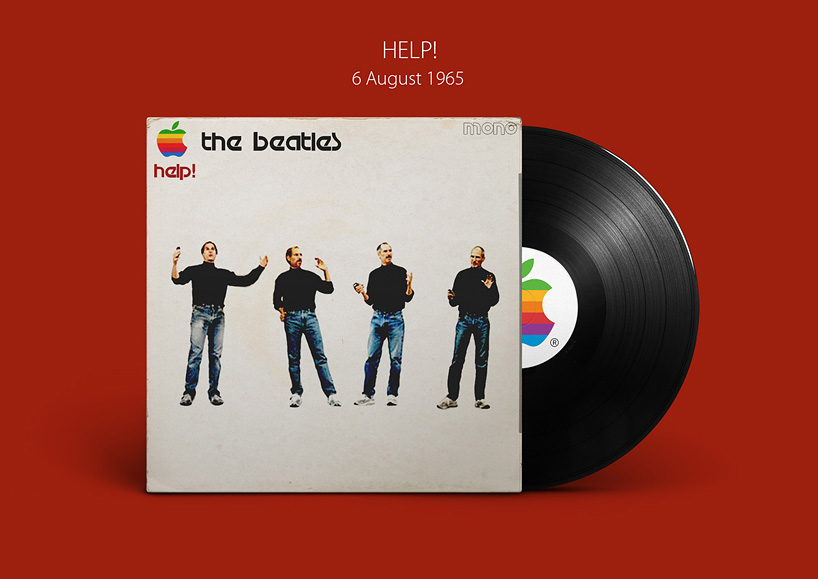 ‘help!’ includes the song ‘yesterday’, which is the most covered song ever written. the idea behind the cover was band members spelling out ‘help’ in semaphore, but the end result was a more aesthetically pleasing arrangement of letter shapes. what do you think steve jobs was trying to say? think different, perhaps.’