ai weiwei designs face masks for charity, including one with a middle finger
19k views

argentinian artist adrián villar rojas has created the site-specific work ‘el asesino de tu herencia’ (the murderer of your heritage) for his country’s pavilion at the 54th venice biennale. using the concept of ‘multiverses’ or alternate universes as a starting point, this series of monumental clay sculptures manifests variations of what is possible, challenging everyday perceptions of what is real versus imagined. the installation explores the idea that many different worlds could coexist at the same, such that humanity could take on various appearances and properties. developed out of traditional fables, the textured forms resemble ancient ruins, but their recent construction displaces any concrete sense of time: they act as simultaneous reincarnations of a parallel present or even a glimpse into a potential future.

the curator rodrigo alonso remarks: ‘(rojas’s work) combines formal experimentation with the construction of a narrative which allows him to reflect on art, its forms of appearance, and its meanings, as if it were the end of times and the end of the world. his last pieces derive from a story which speculates on the present and from a hypothetical future, unfolding the political dimension of fantasy. focused on that end of the world — ours — he suggests that we rethink the place of art creation as a shelter from existence, passion and sensibility.’ 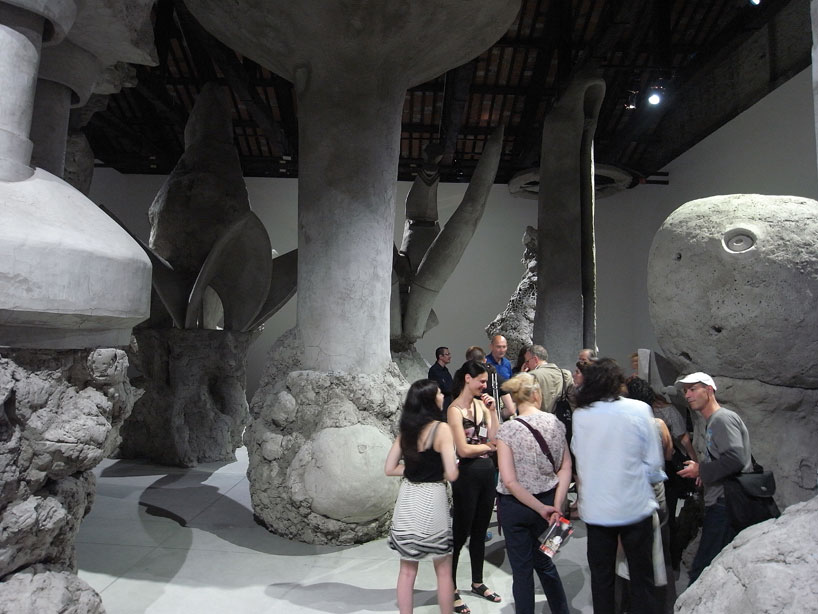 an interview with the artist and pavilion curator video © biennale channel

recovering historical methods of building with current technological resources, rojas has become known for using dated materials in complicated production processes: this work required an 11-person team of engineers and tradesmen, working together in-situ with 25 tons of clay, cement, burlap and wood for two months to complete the resulting work. the contrast between the work’s contemporary proposal and this anti-technological, rudimentary medium transforms a distant concept into an immersive, sensory experience.

rojas will be taking this concept further by with a similar monumental piece, to be placed at the jardin de tuileries in paris this september. 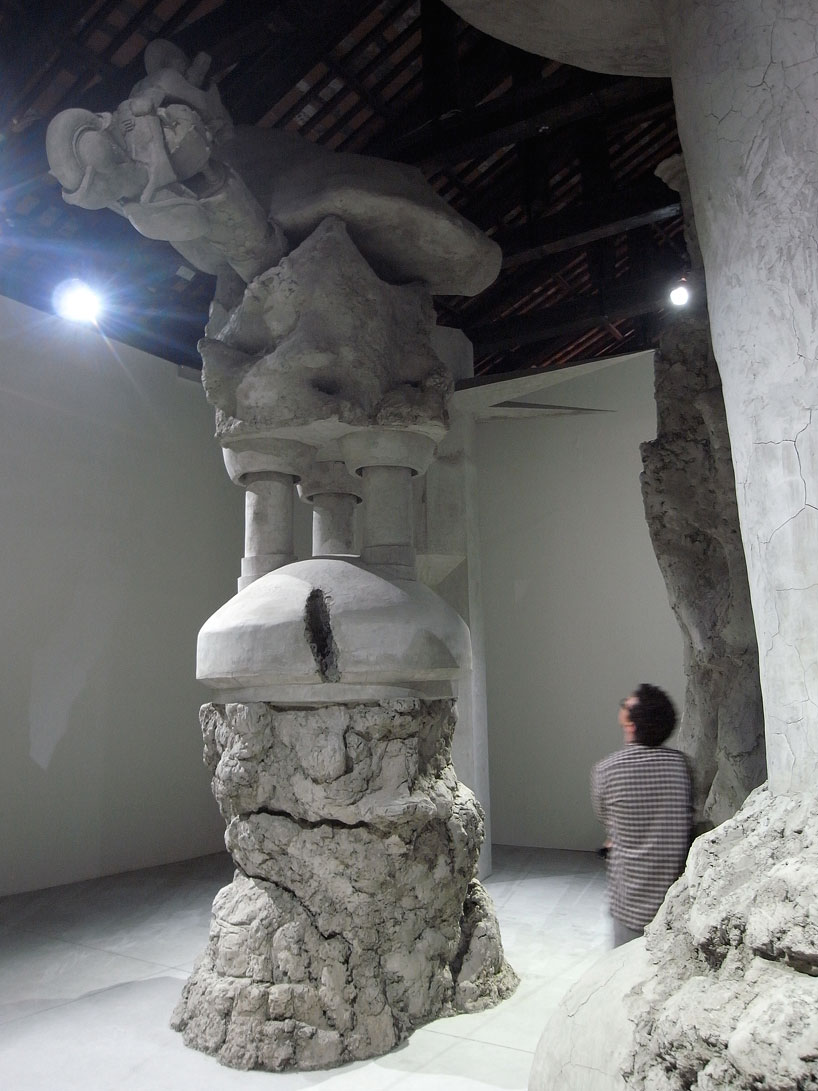 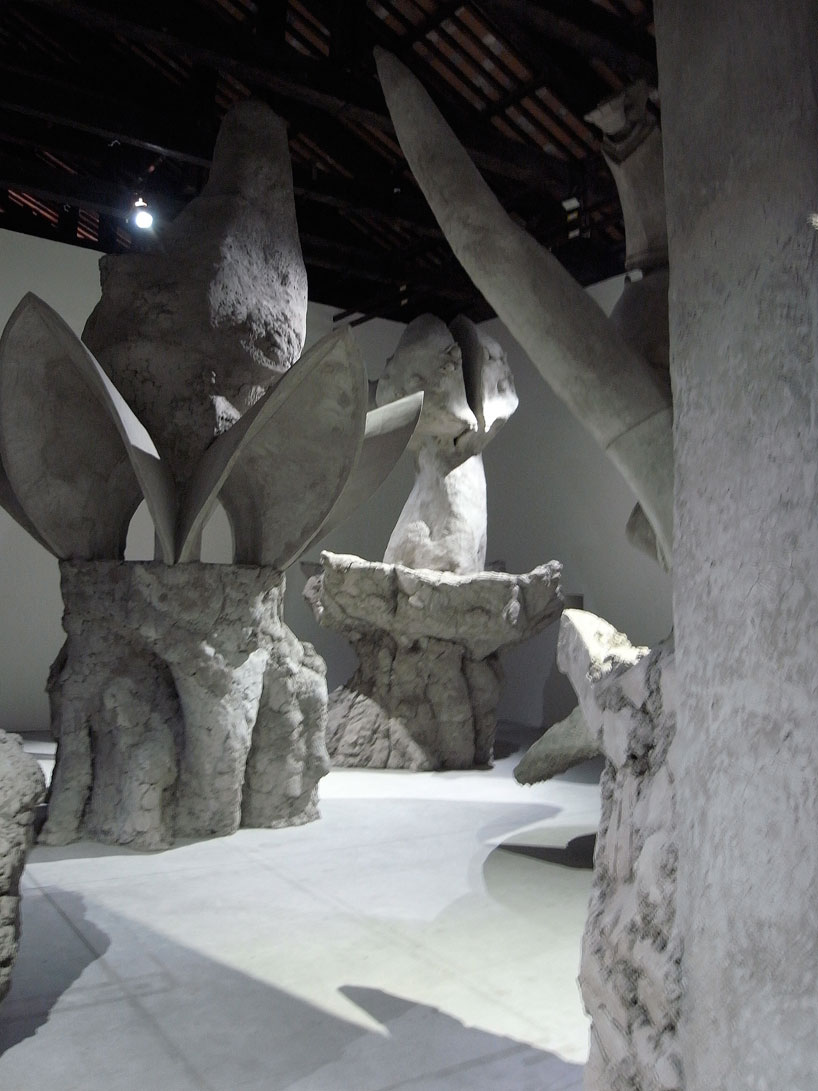 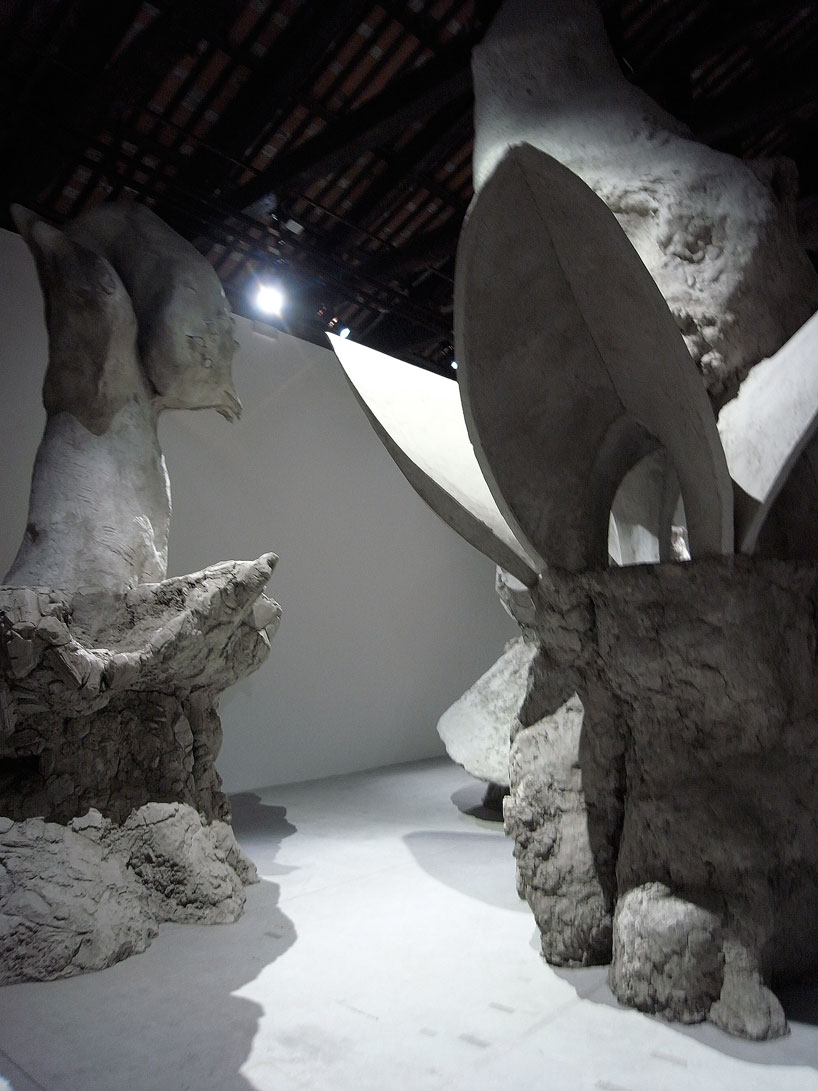 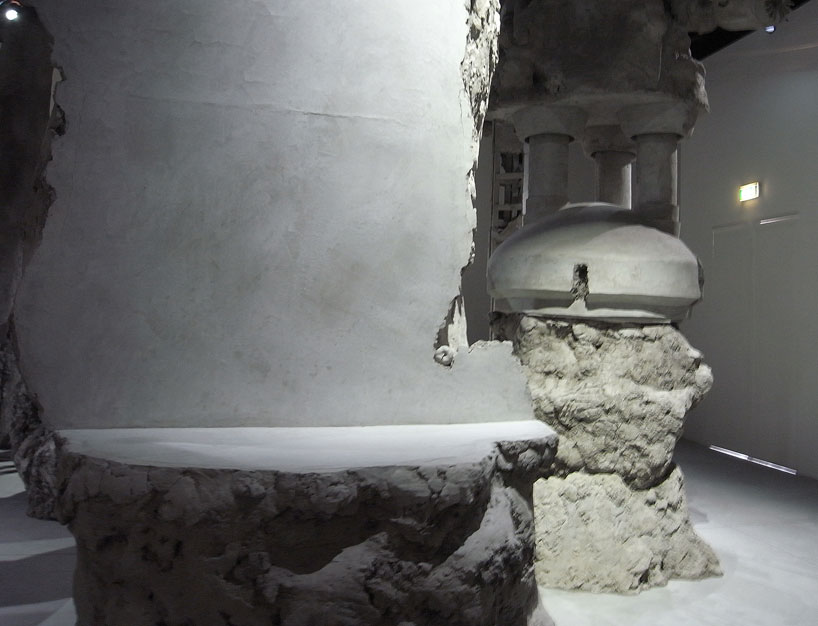 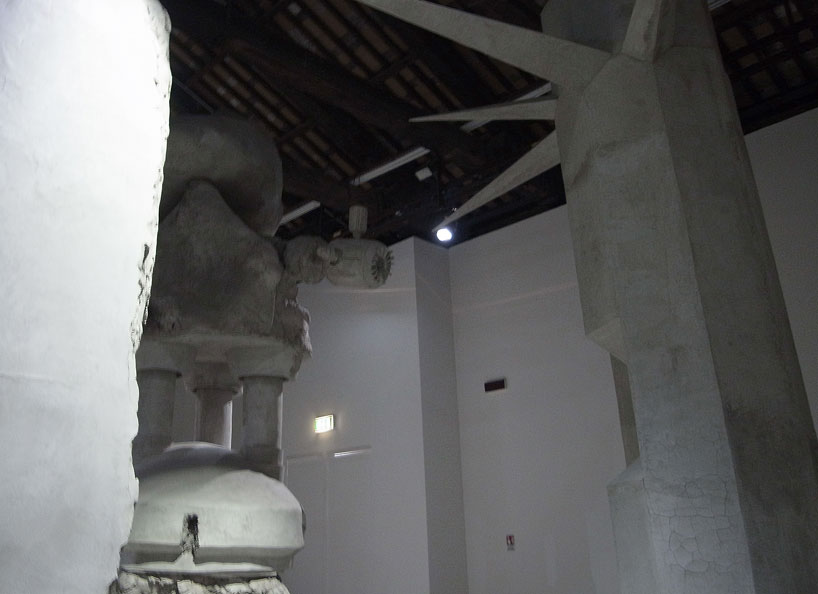 located in the artiglierie, a 250-square-meter space near the arsenale, this exhibition was commissioned by magdalena faillace and curated by rodrigo alonso.   the 54th international art exhibition in venice, italy, runs until november 27, 2011. 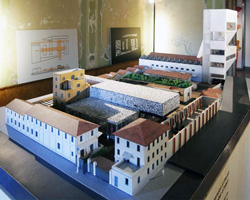 projectors are placed outdoors, year-round, casting fleeting views of the rolling hills, open fields, and hardwood forest onto the architecture.

projectors are placed outdoors, year-round, casting fleeting views of the rolling hills, open fields, and hardwood forest onto the architecture.