dutch artist arno coenen and iris roskam — along with a team of designers and animators — have completed ‘horn of plenty’ within the much anticipated markthal in rotterdam, making it the largest artwork in the netherlands. the city anxiously awaits the october 2014 opening the country’s first indoor market, which will host fresh fish stands, bakers, butchers, and produce stands, along with restaurants, retailers, 228 apartments and 1,200 parking spaces.

the interior of the horse shoe-shaped structure, designed by local architecture practice MVRDV (previously featured in its construction phase here) is wrapped around its concave ceiling in an 11,000 square meter artwork, canvassing the entire surface with individually placed screens. the digital expanse projects larger-than-life images of vibrantly colored fruits, grains, and vegetables — symbolically linking to the harvest of goods which will be sold within the markthal. 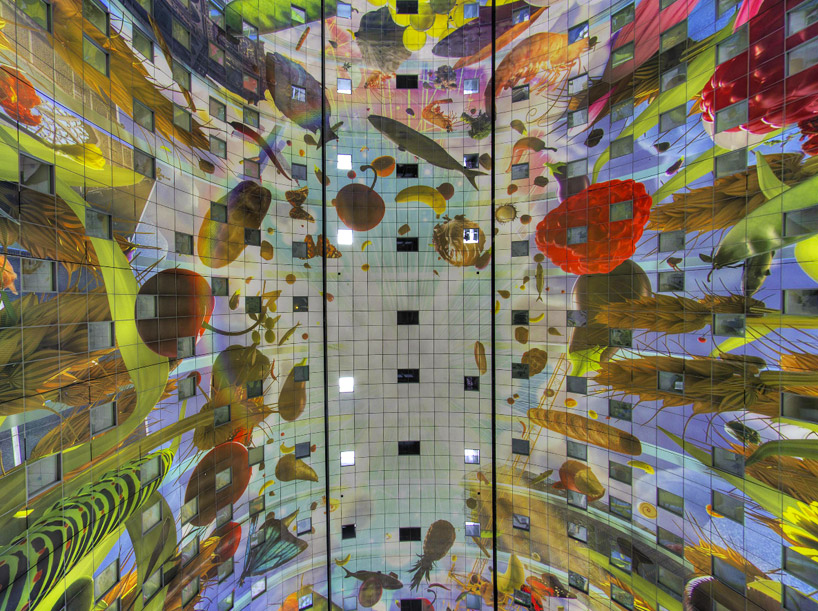 massive moving images will float around the horseshoe-shaped structure

conceived in collaboration with iris roskam, ‘horn of plenty’ cloaks the interior space’s forty-meter high arch, towering above visitors to the marketplace. when the work is fully completed in october, an ultra HD video projection will function as a projection screen, displaying a cosmic vortex of food resembling the milky way, slowly rotating the massive images of food as if raining down on the spectator.

‘you could just look at the wonderful, almost psychedelic picture for it’s beauty, but the reference to the ‘horn of plenty’ points out the miracle that food is there for you.’ coenen tells designboom ‘it is a work with a spiritual, religious feel to it. however, its larger-than-life size is not a tale of religion; it’s about nature. in the scientific way, more an ode to stephen hawking’s atheist way of looking at the origin of life.’ for those unable to visit in person, you can take a look at a 360° interior panorama here.

the 11,000 square meter artwork wraps around the market’s ceiling 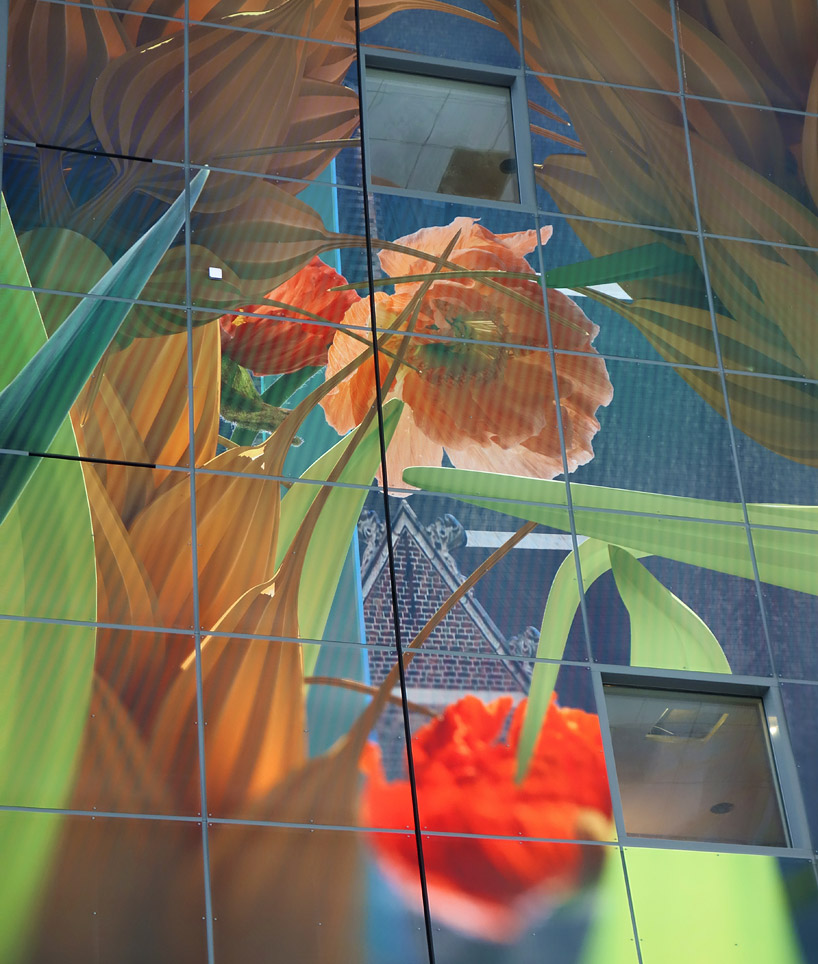 images of flowers are projected onto the screens 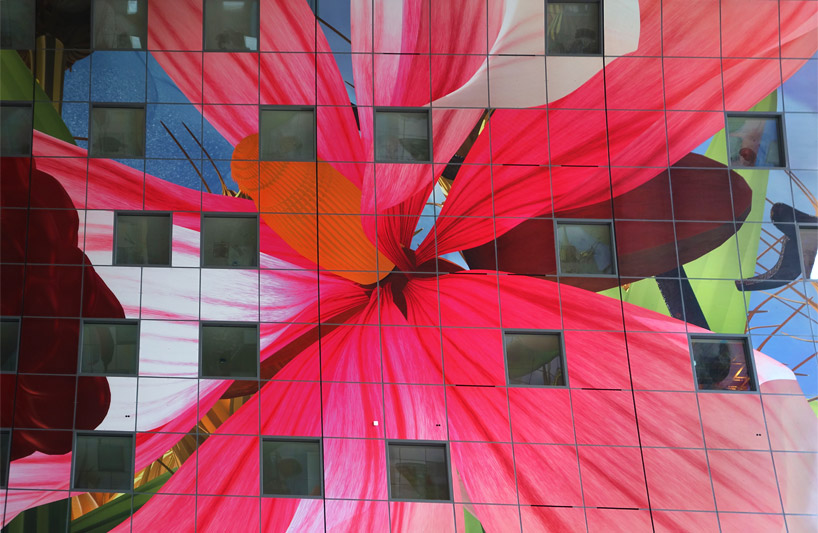 the digital surfaces project images that link to the marketplace 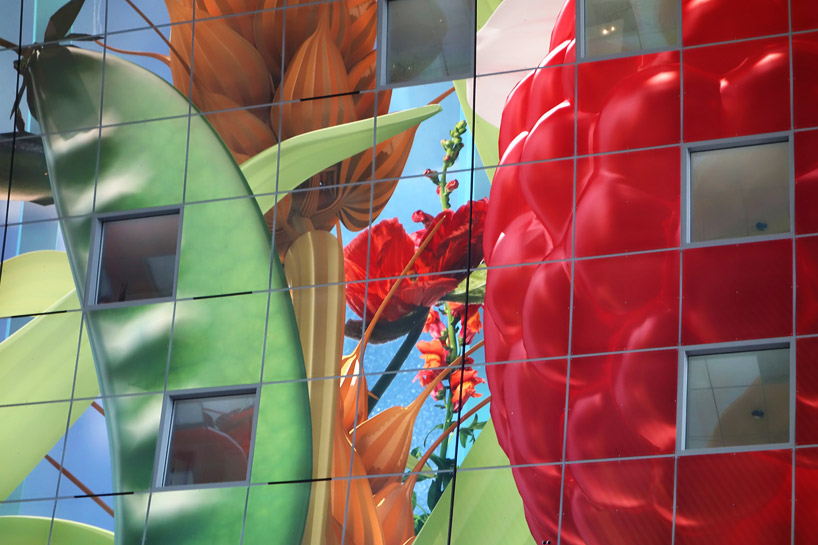 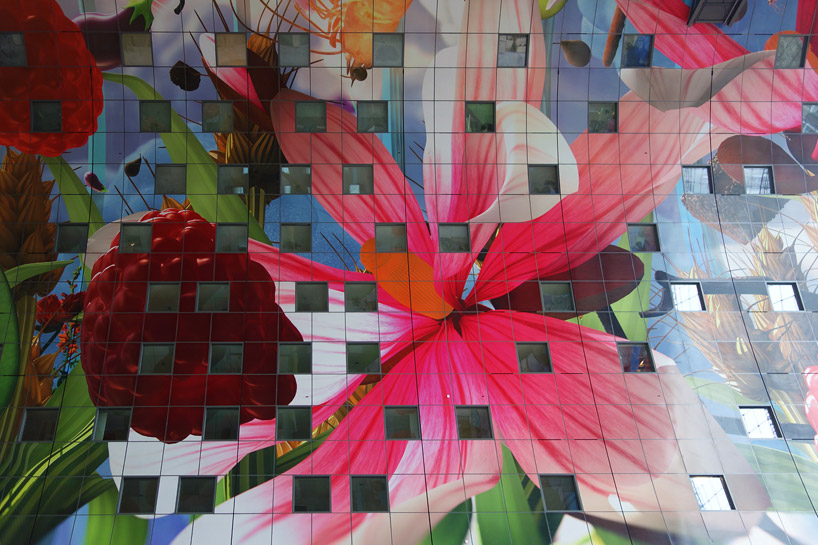 towering over visitors to the market 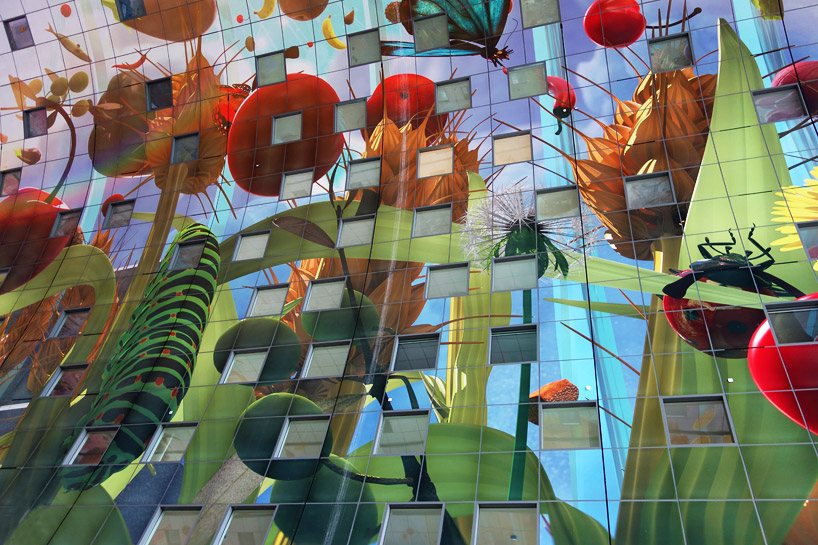 the digital mural wraps the surface of the MVRDV building 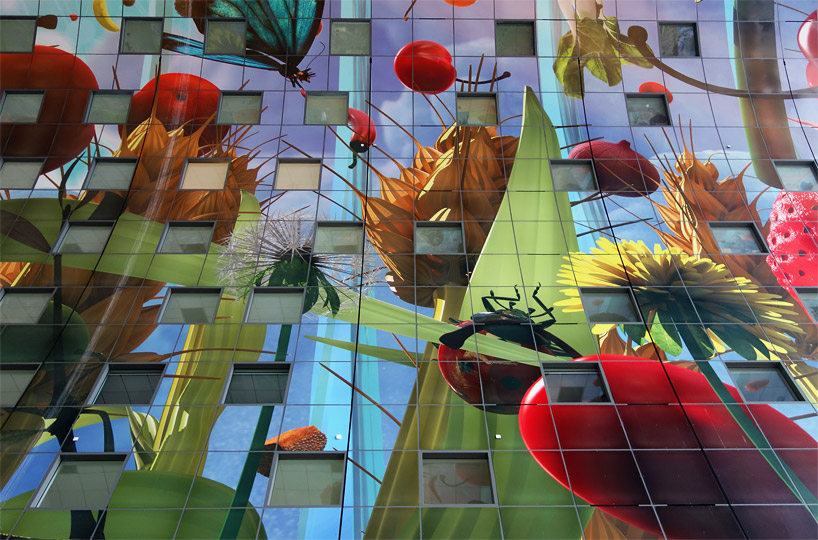 flowers and insects are projected onto the surface of the screens 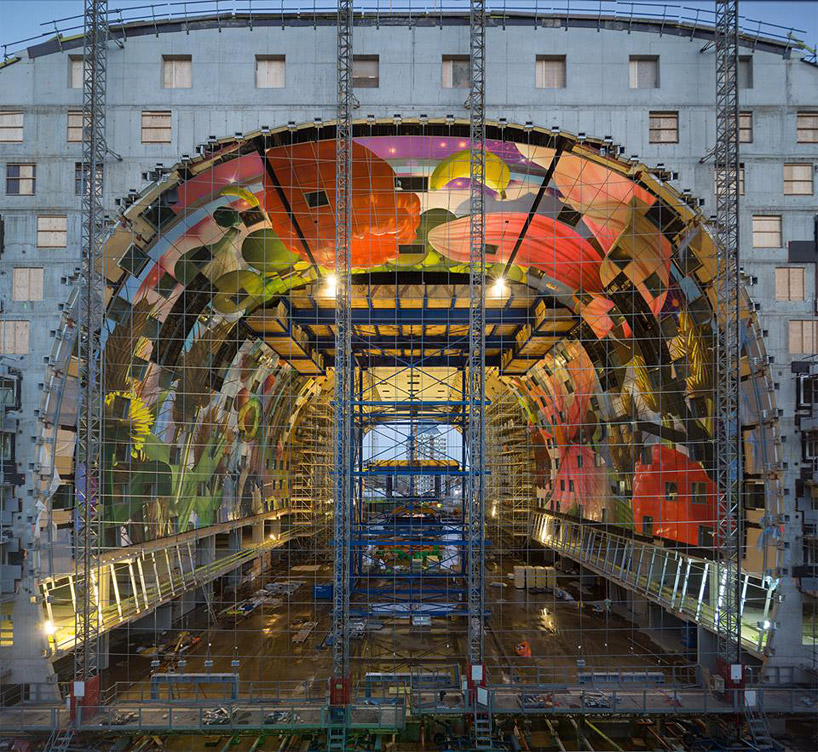 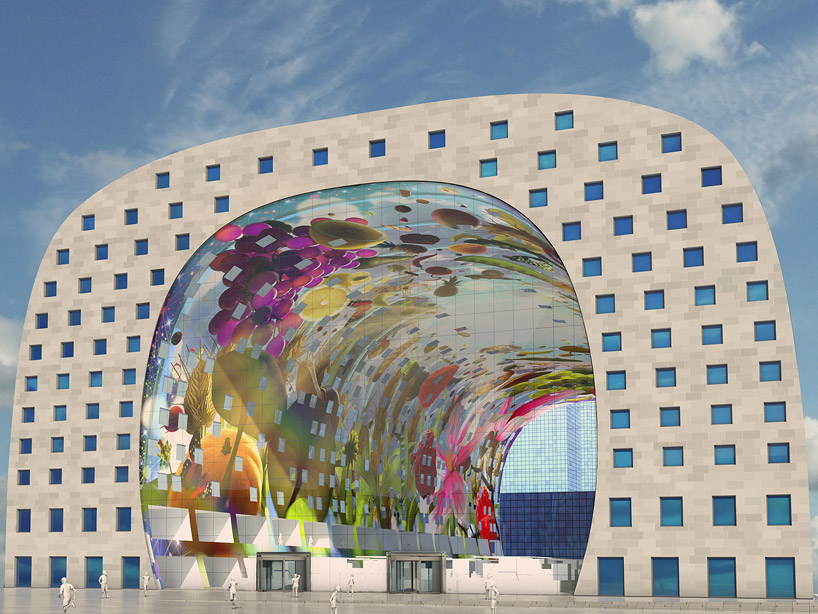 rendering of the design

the horseshoe-shaped space is surfaced in media panels

interior view of the digitally-covered arch

renderings of the design

initial visualizations of the artwork