three hundred and fifty hand-carved styrofoam heads float above clothing displays and mannequins in the installation ‘suspended heads’, created by french designer arnold goron for the windows of isabel marant.

each head is unique, and painted in one of the colours of the isabel marant collection. all are suspended to the ceiling with red string, which is threaded back to a single point on the wall.

three of the storefronts featuring ‘suspended heads’ are in paris; the others are in beirut, new york, and madrid. in one of the french shops, on rue saintonge, goron designed an electrically-powered machine that raises and lowers twenty heads at different speeds and levels. 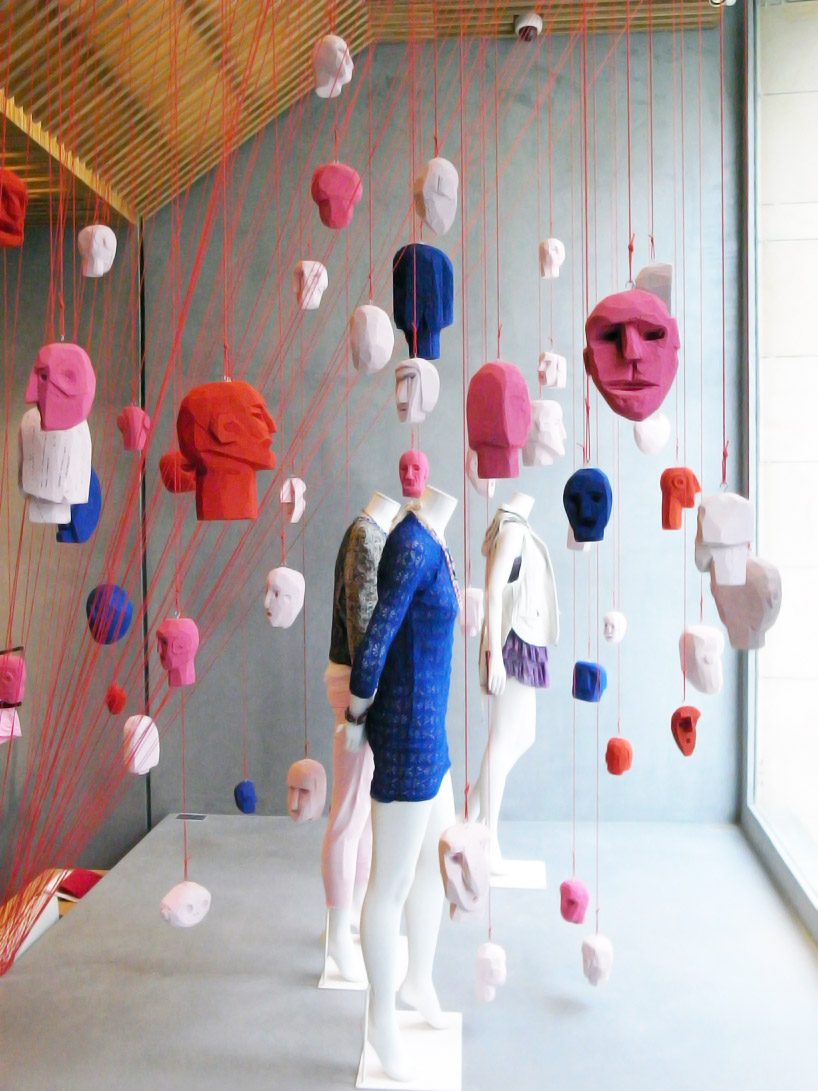 full side view of front window 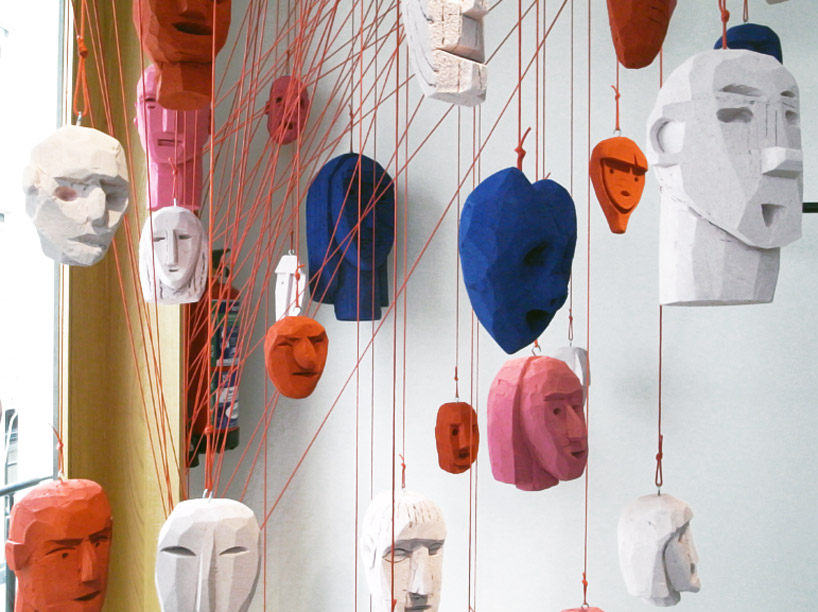 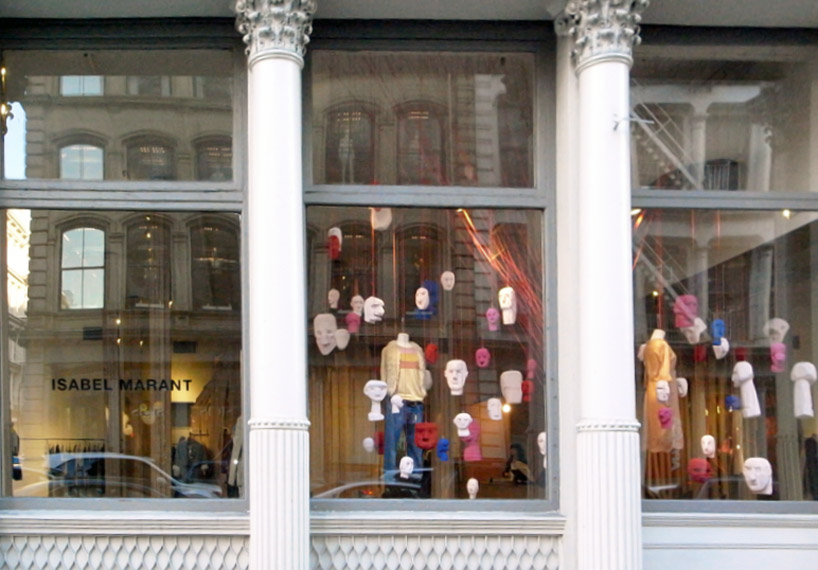 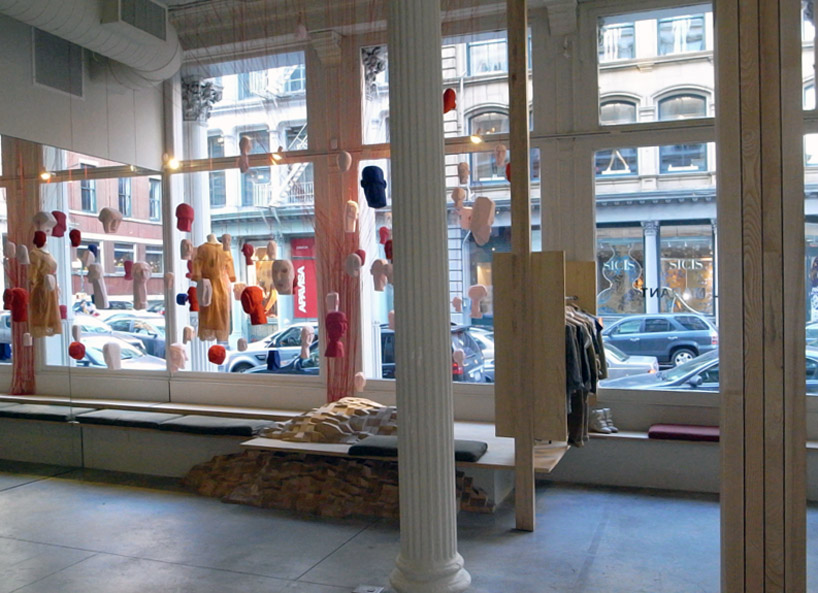 view from interior of store 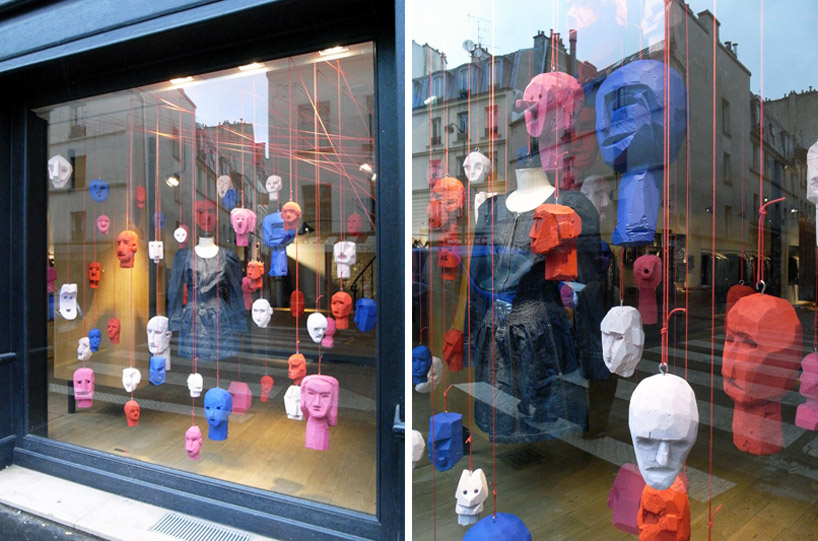 street view of the installation in another of the shops

closer view of some of the pieces 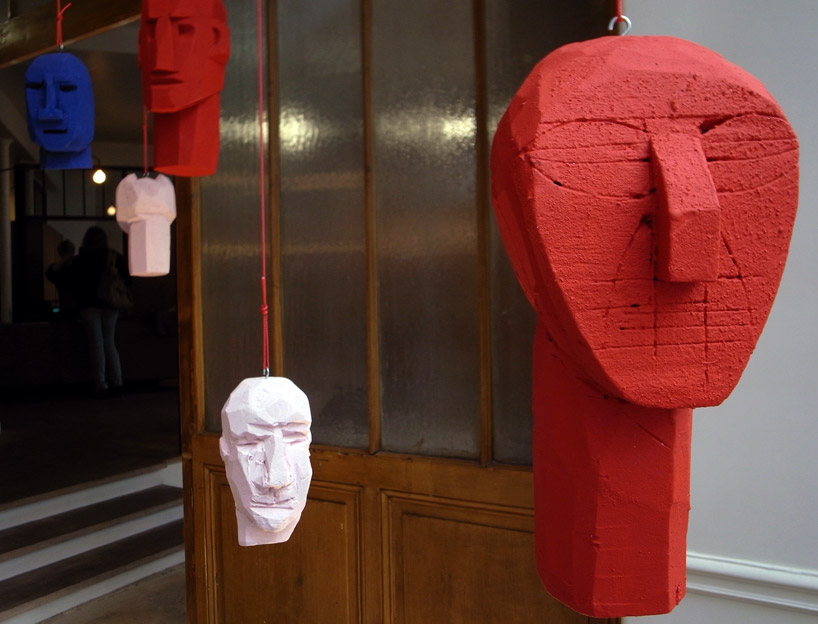 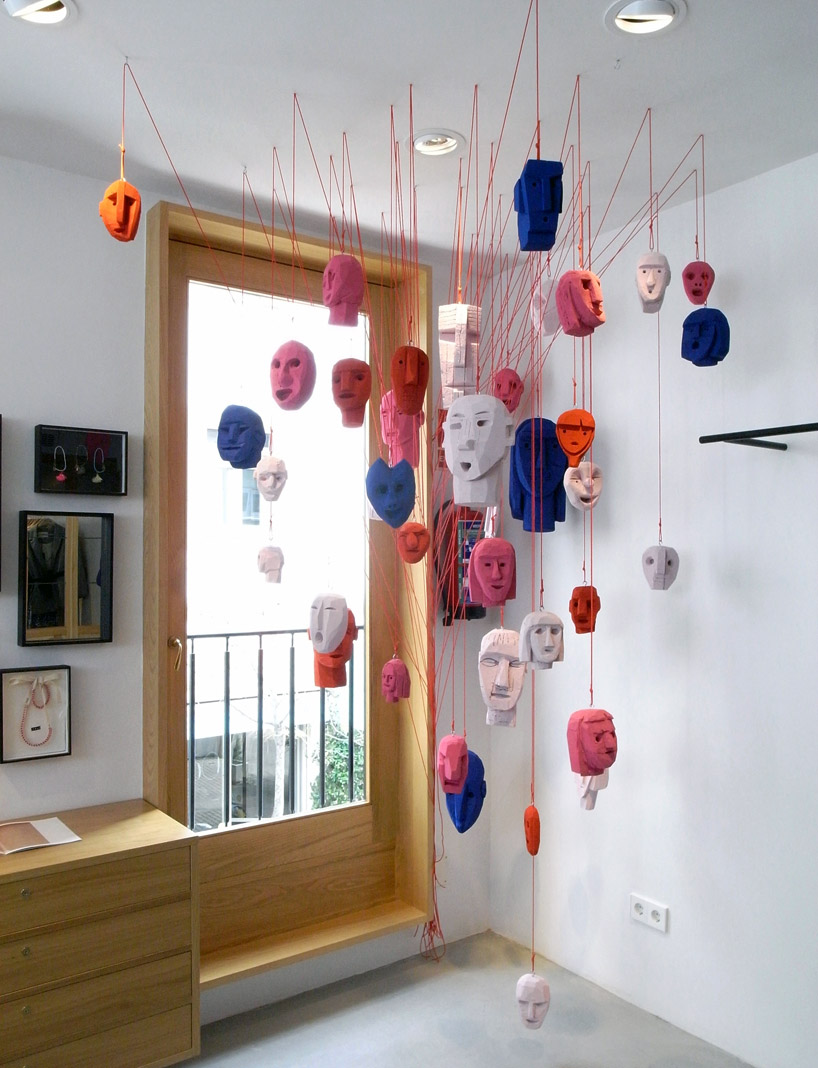 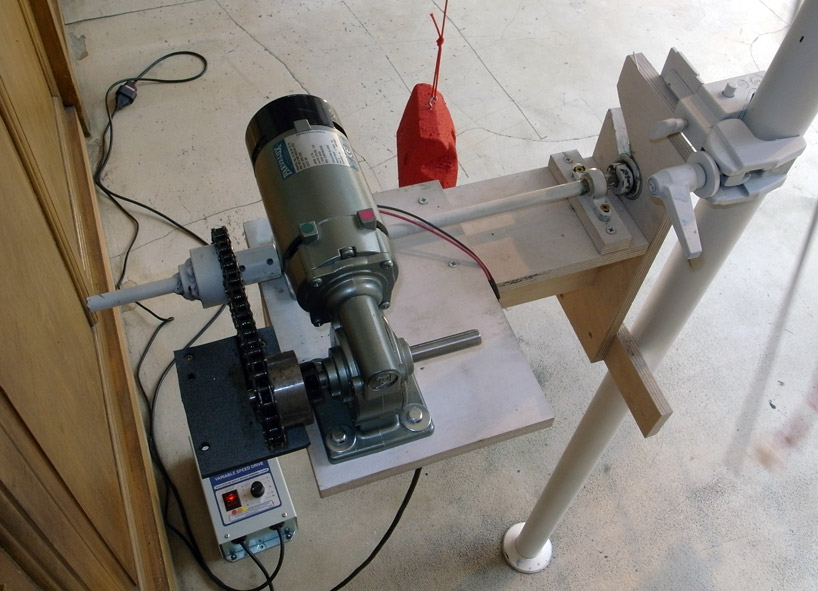 in the rue saintonge shop, goron made a machine that raises and lowers about twenty of the heads at different speeds and levels 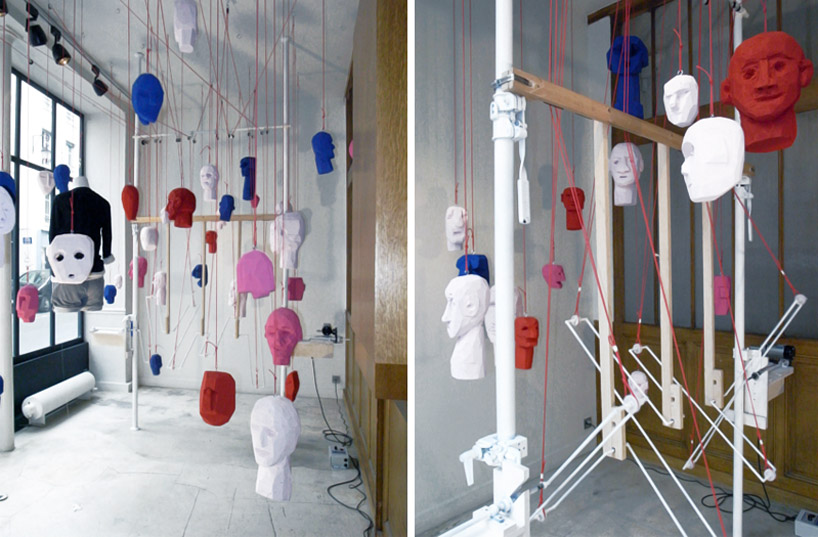 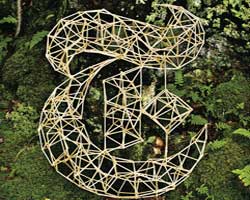 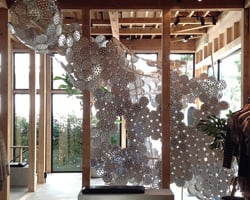 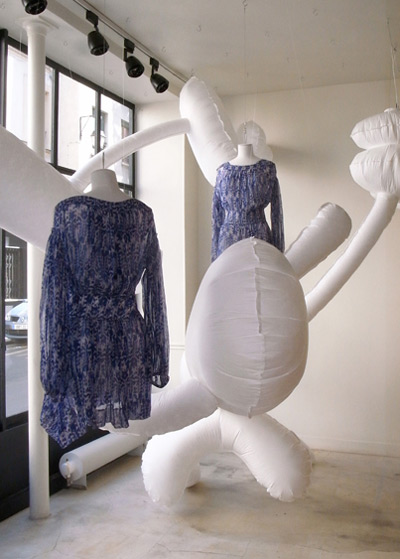