art in the streets the geffen contemporary at MOCA, los angeles on now until august 8, 2011

designboom recently visited ‘art in the streets,’ an exhibition featuring graffiti and guerilla art interventions from 60 international artists at the museum of contemporary art, los angeles (MOCA). curated by jeffrey deitch, roger gastman and aaron rose, this show is the first major museum survey on the movement since its beginning in the early 1970s.

the main floor is broken up into mini-exhibitions, with rooms of work by seminal artists such as banksy, keith haring, and rammellzee. special sections of the sprawling space highlight los angeles’s specific contributions to the genre like cholo graffiti and dogtown skateboard culture, and historical context is provided by an extensive chronology on the floor above, illustrated with artwork, photos, video and ephemera. 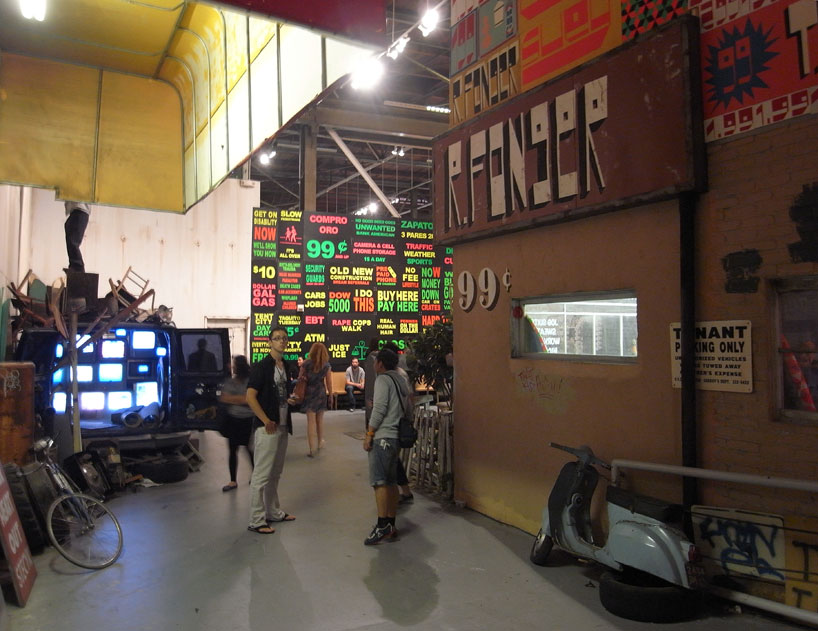 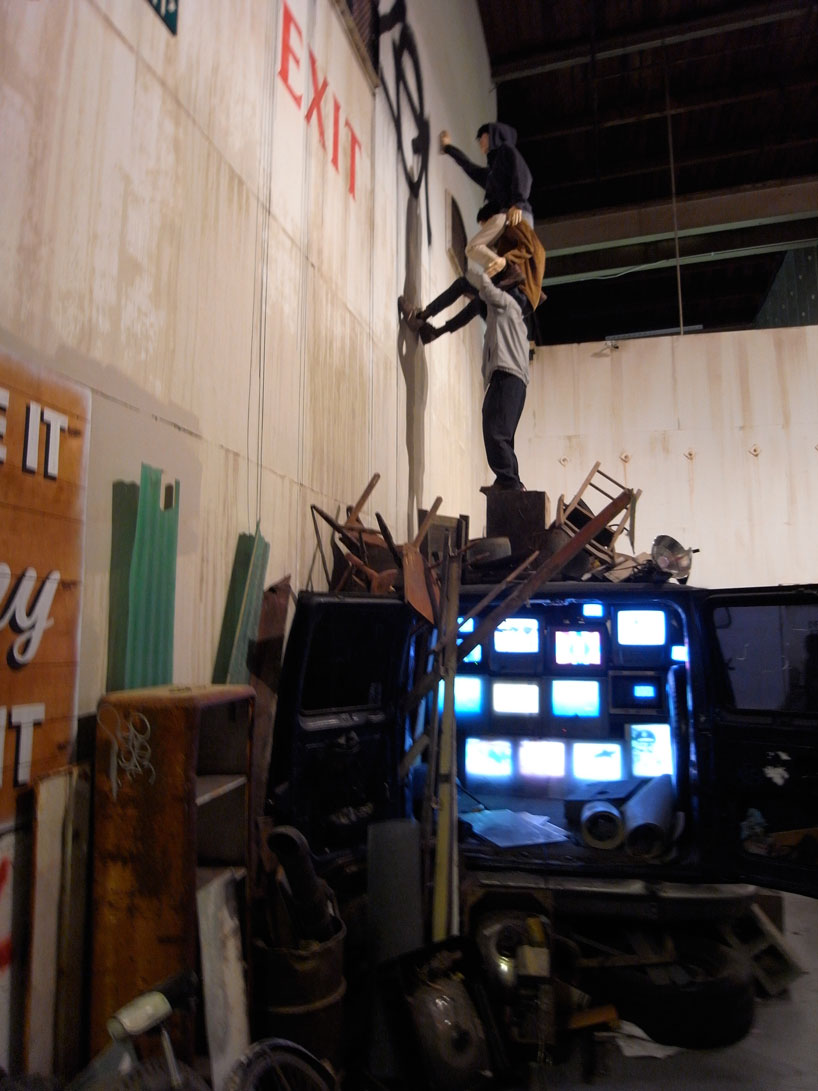 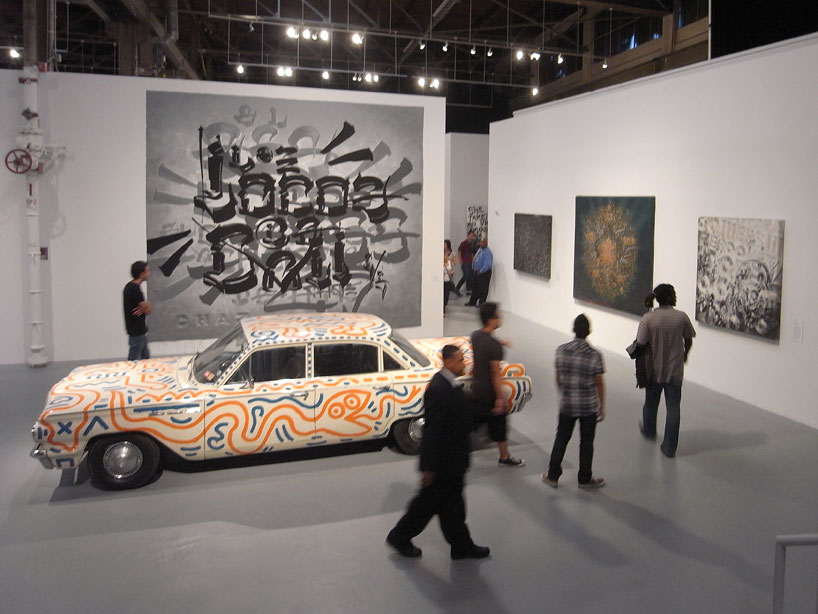 the exhibition featured customized cars, such as this 1966 buick special by keith haring image © designboom

after jeffrey deitch censored a commissioned mural by italian street artist blu earlier this year, the exhibition has received some criticism for institutionalizing a movement which began as a rebellion against the commercialization of art. in fact, the artist banksy has sponsored ‘free mondays’ until the exhibition’s close, stating: ‘I don’t think you should have to pay to look at graffiti. you should only pay if you want to get rid of it.’

the show has also been controversial among conservatives, questioning the formal celebration of vandalism, especially among young and impressionable members of the audience.

stay tuned for more coverage of this exhibition. 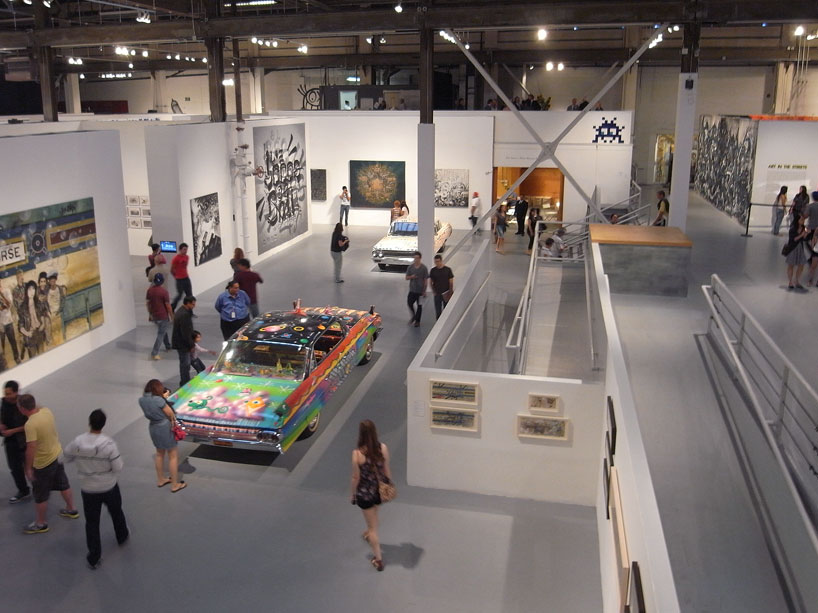 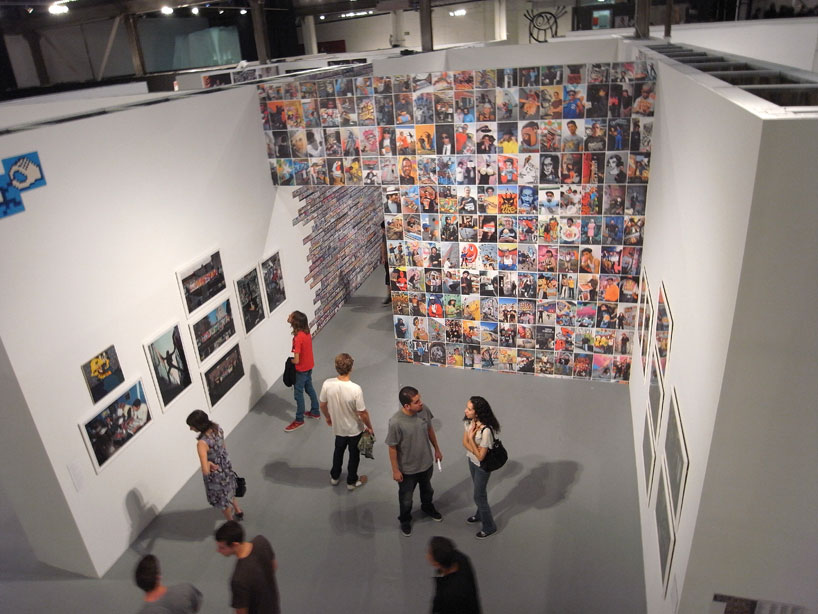 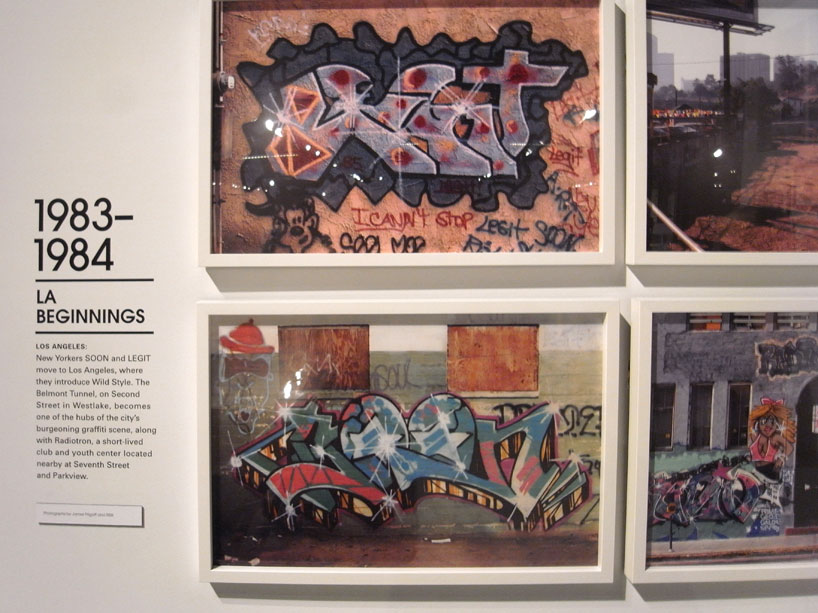 a glimpse of the historical timeline upstairs image © designboom 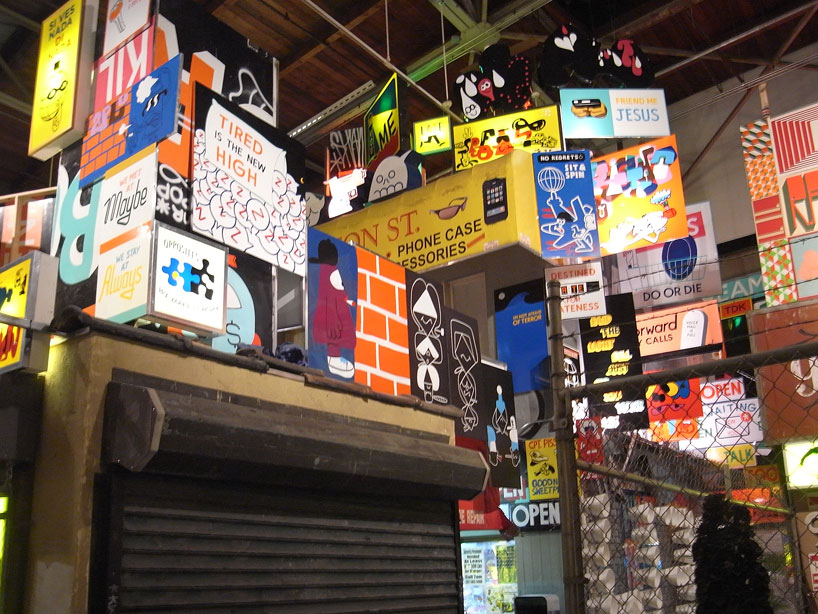 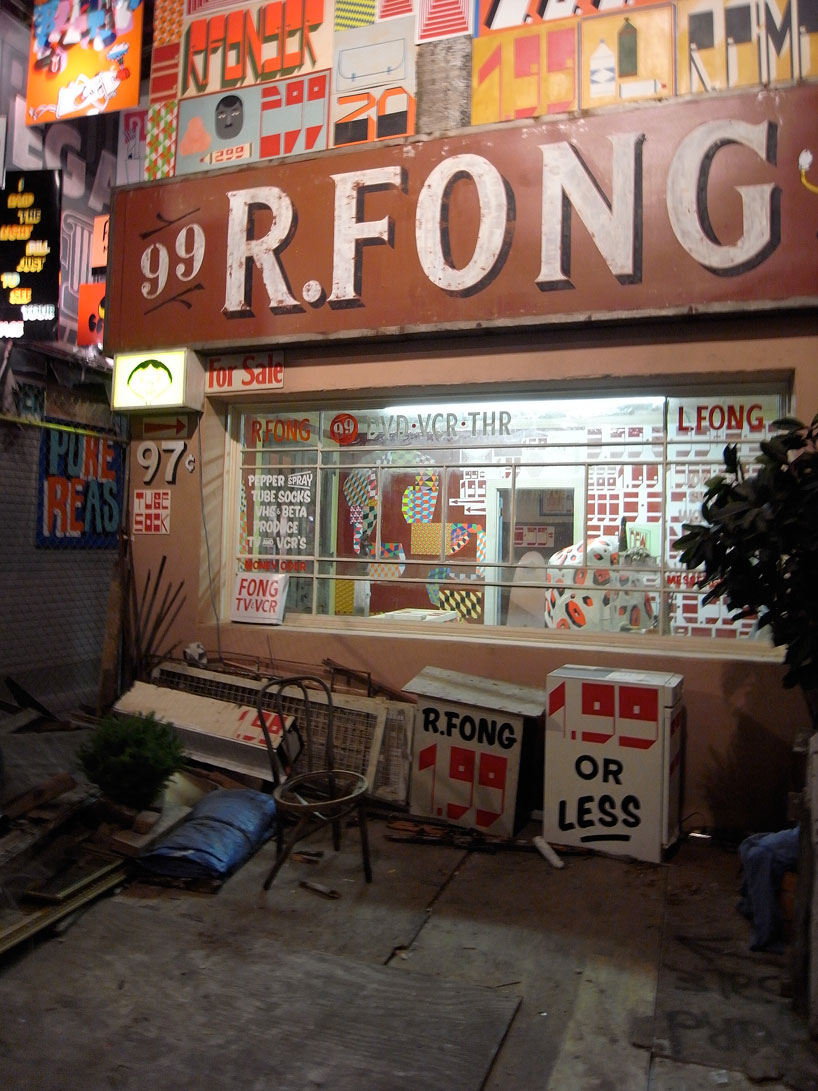 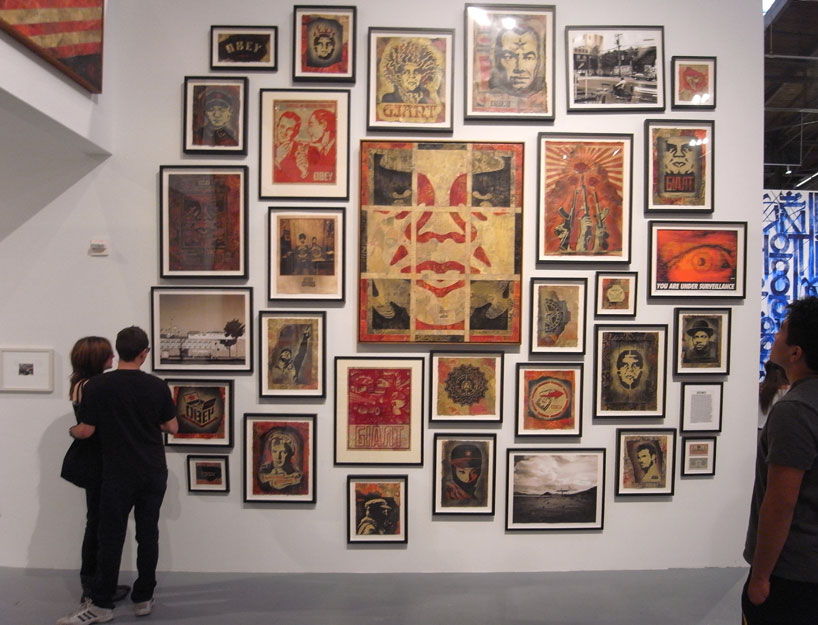 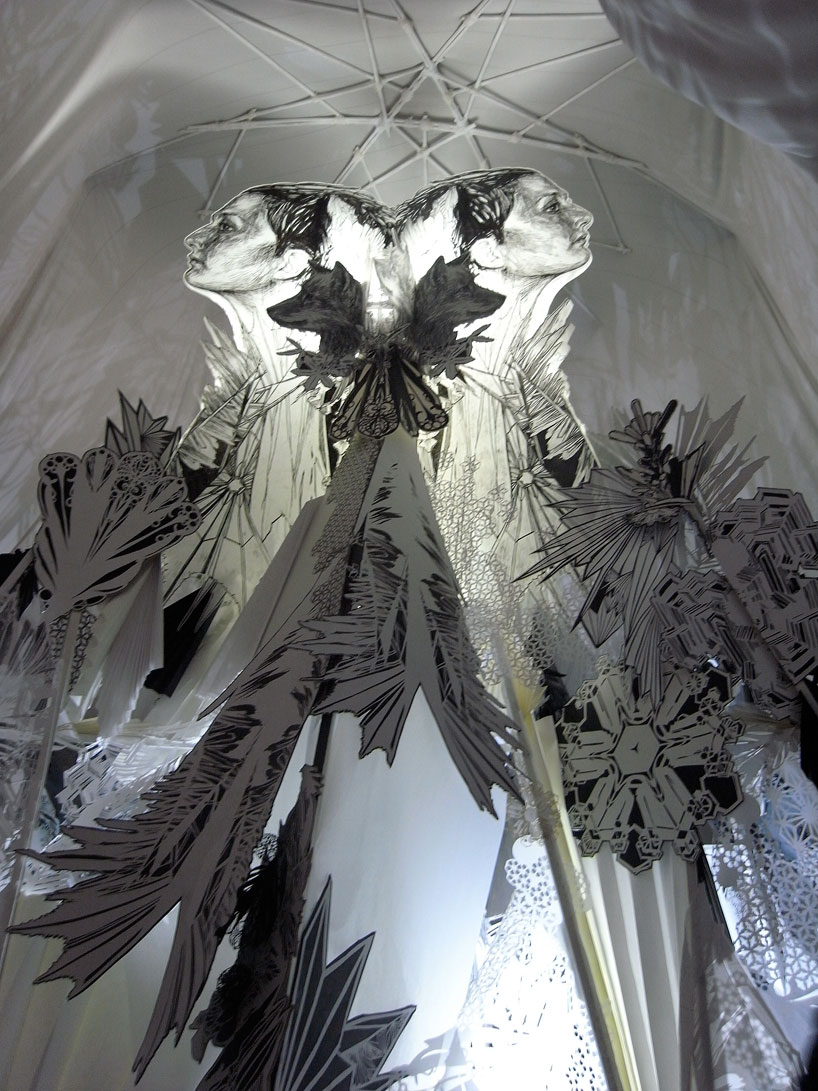 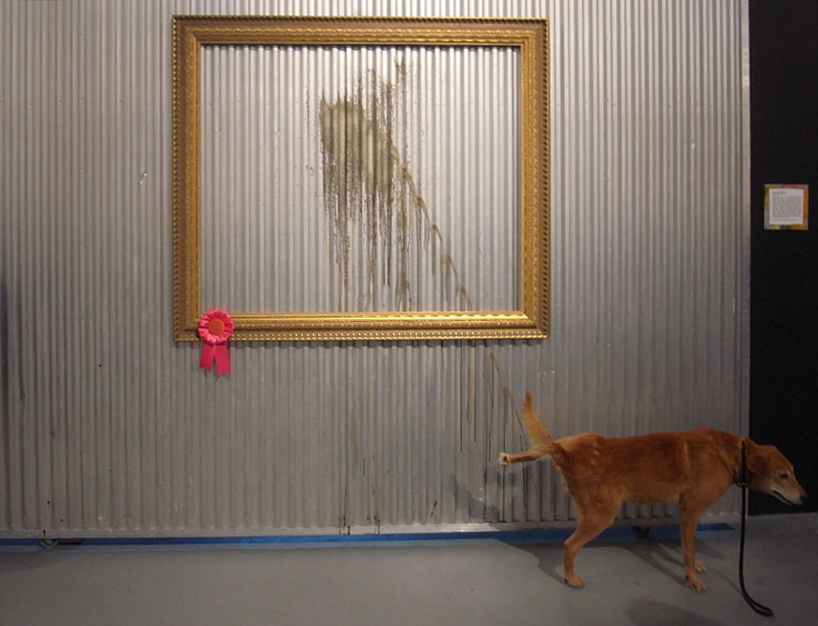 a work by banksy image © designboom 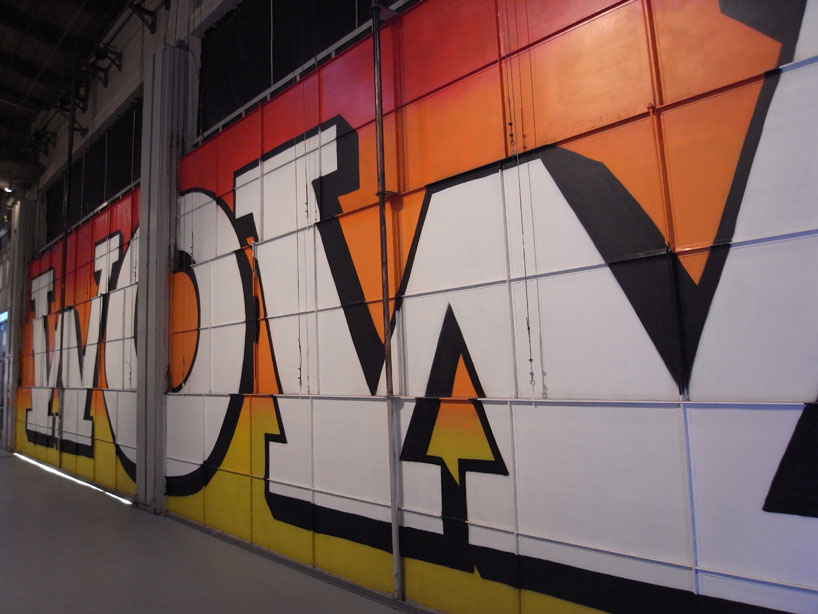 Oct 16, 2020
a new banksy with a hula-hooping girl appears in nottingham

May 05, 2021
simon fujiwara presents who the bær at milan's fondazione prada
the mixed-media installation by simon fujiwara introduces who the bær, a cartoon character that inhabits a fictional universe.
art
411 shares
connections: 59

May 04, 2021
jacob hashimoto on his richly-layered compositions and creating complex cultural landscapes
designboom spoke with the artist about how his upbringing has shaped his creative principles, the loss of materiality and traditional ways of making, and relying on the small things in life.
art
0 shares
connections: 35